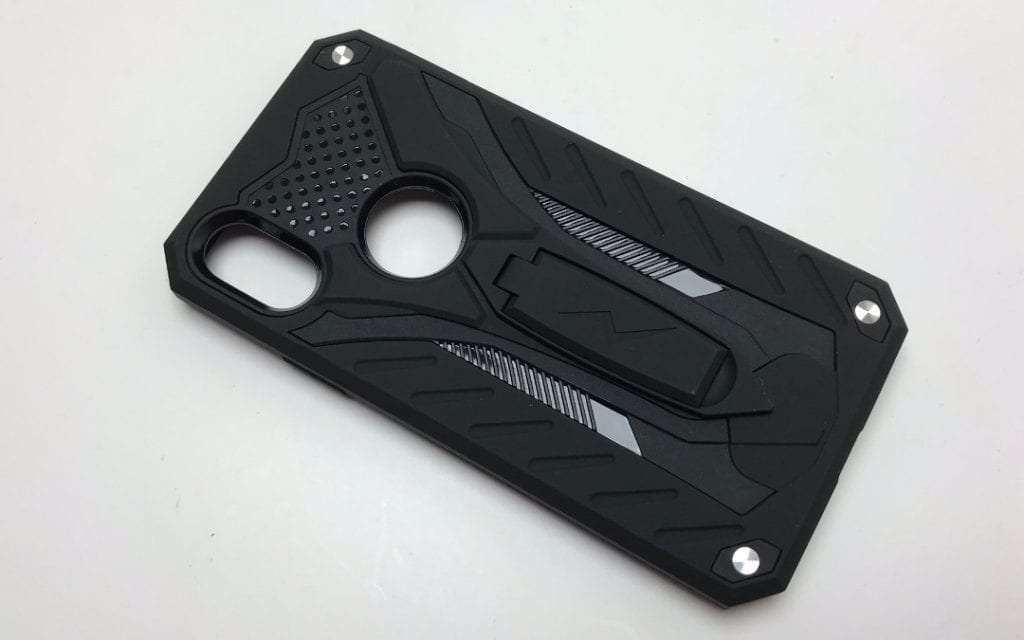 Case engineered to protect your phone without adding bulk.

It’s been about a week since the launch of the iPhone X and I am absolutely smitten with it. Previous iPhones have become a necessity for me, but the iPhone X is a necessary extension of me and my whole life already. It’s improved my productivity at work and my personal life is more enjoyable. Some would consider it an obsession, I would say it’s none of their business. With that being said, the iPhone is extremely breakable. Despite claims of having the most durable glass on an iPhone ever, it is still glass, on both sides. I couldn’t imagine going anywhere without a case on it. I want a case that is both functional with different uses, stylish, and offers a good deal of protection while not being bulky and cumbersome. 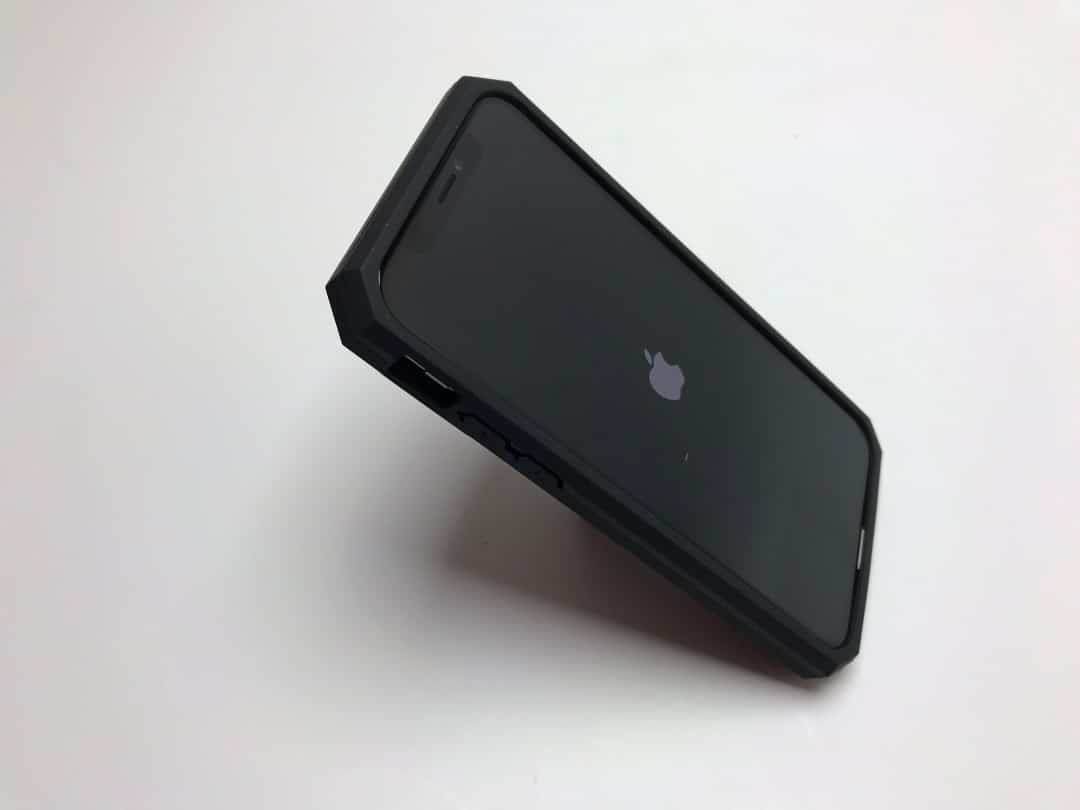 Zizo’s Static case caught my eye fairly quickly. It comes in several different color combinations, but I chose black on black. I do like being able to add variety in colors for different occasions. The overall case design doesn’t add a lot of bulk which is key for my decision on a case. It does add a few millimeters of thickness to the iPhone, but it’s manageable. It makes gripping easier for people with smaller hands, making the case that much more beneficial. The back of the case has several different designs. The different geometrical designs aids when you have different grips and for all different hand types overall. It also gives the full black version that I have a Batmanesque feel, which I appreciated. 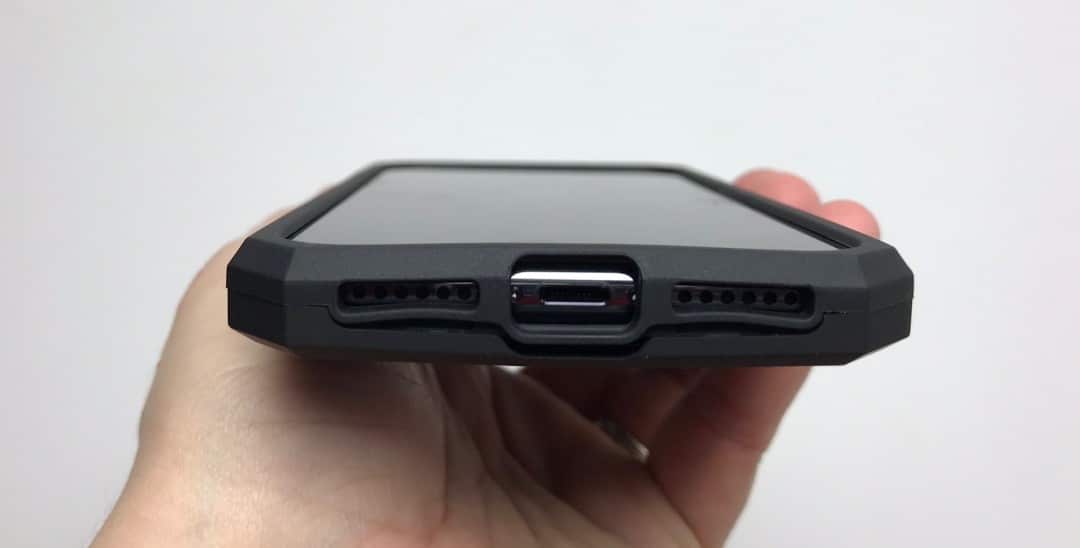 There is also a circular cut out to show off the Apple logo and the shiny breakable glass back. Since the iPhone X has a camera lens system that does protrude slightly from the phone body it is extra easy to damage. Zizo has a nice cut out that doesn’t take away from the overall appeal of the case. The front doesn’t take away from the OLED display either. It has a buffer that adds a small lip that protects the screen from shattering by not letting it hit the ground first. The lip doesn’t impact the flow of your fingers while using the screen. Ok, for some cases this is a major issue, especially for people like me with shorter fingers. 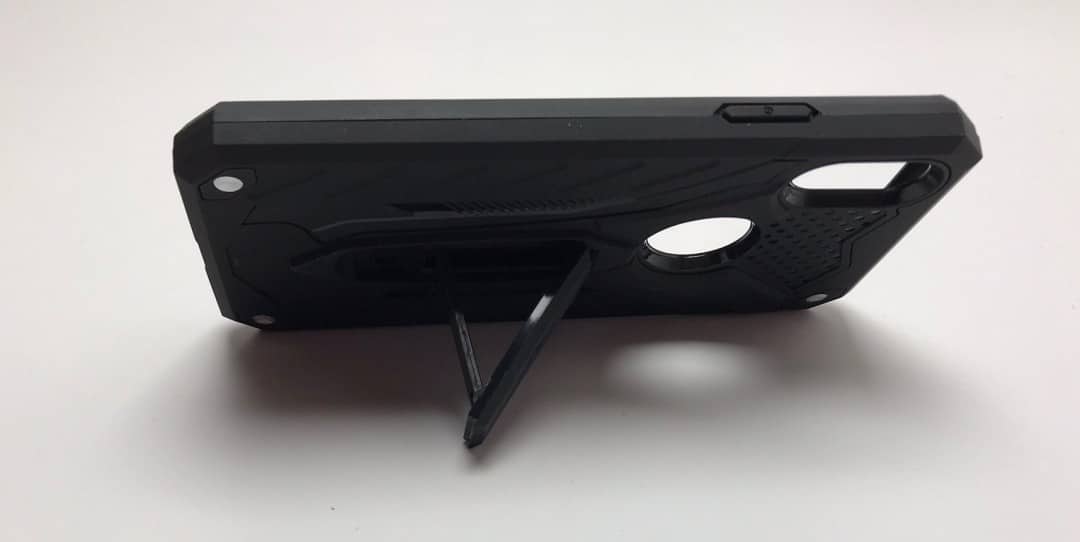 My only real issue with the Static is the kickstand on the back. When closed, it protrudes out past the rest of the case design. For some, this will give a little bit more to grip, but for me, it became a slight irritation. When setting on it’s back it tends to spin a little bit when it’s flat. This made using the wireless charging function of the iPhone X a nuisance. It has to be set on the charger just right to enable it to charge. Other than that the kickstand, the case is helpful. It can be used in either landscape or portrait mode. I found the portrait mode to especially helpful while sitting and perusing my news feeds and checking emails during a quick lunch. 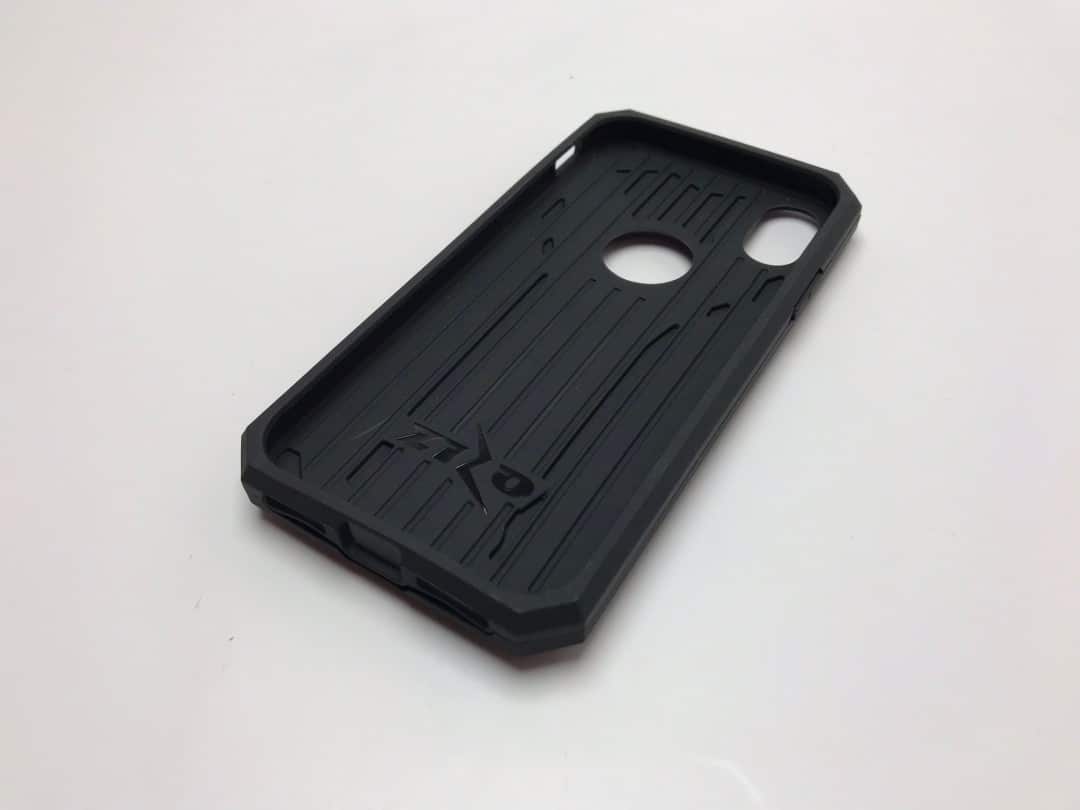 Overall, Zizo’s Static series case does protect your phone, looks sleek, and has the kickstand function, I just wish it didn’t stick out as much so one of the iPhones coolest features was easier to use.
BUY FROM AMAZON