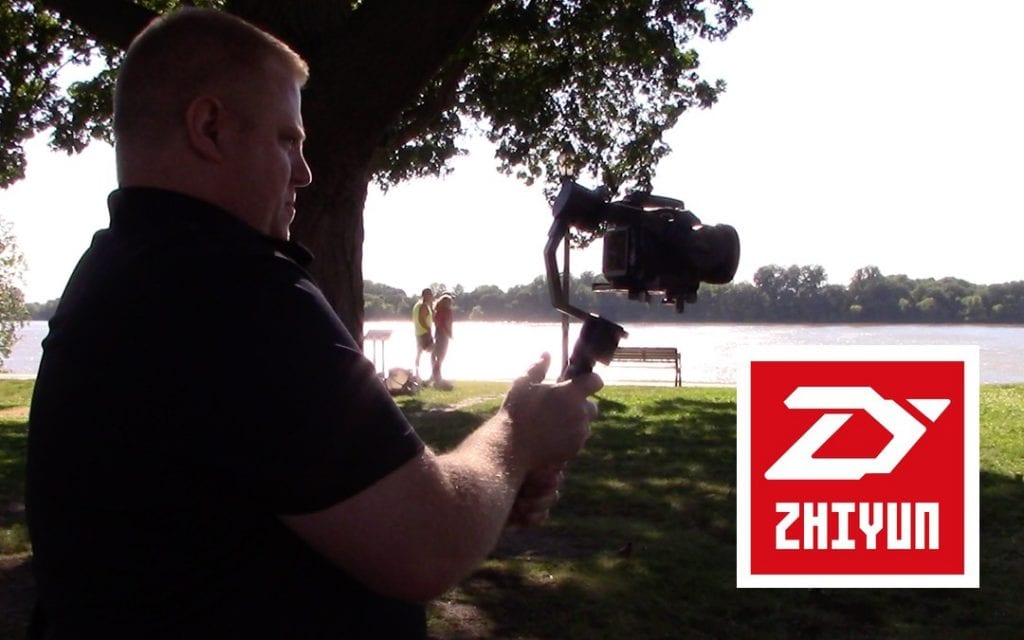 Over the past year, I’ve really been trying to step up my video production game. I’ve acquired some pretty slick items to round out my gear, but one piece that’s been rather elusive for me is a handheld gimbal for my DSLR. I have a Canon 70D and really enjoy using different lenses with it so, I need a gimbal that can handle the weight of a full-size DSLR. I finally tracked one down called the Crane from Zhiyun.

Zhiyun is a Chinese-based company that focuses on designing professional stabilizing systems for video production. Since April 2016, they released three new products including the Crane. This amazing gimbal is made from solid aluminum. It looks and feels like a premium product. The Crane ships in an impressive Pelican-style carrying case with pre-formed foam set inside to keep the parts of the gimbal safe and secure when being transported. There are two rechargeable batteries (the size of standard C batteries) that come packaged with their own charger. Users can get up to 12 hours of battery life with the 26500 batteries that are included. The Crane supports a maximum payload of 1800 grams or 3.96 pounds and, as I already described, a full-size DSLR will fit on it. It can also be used quite easily with mirrorless cameras. 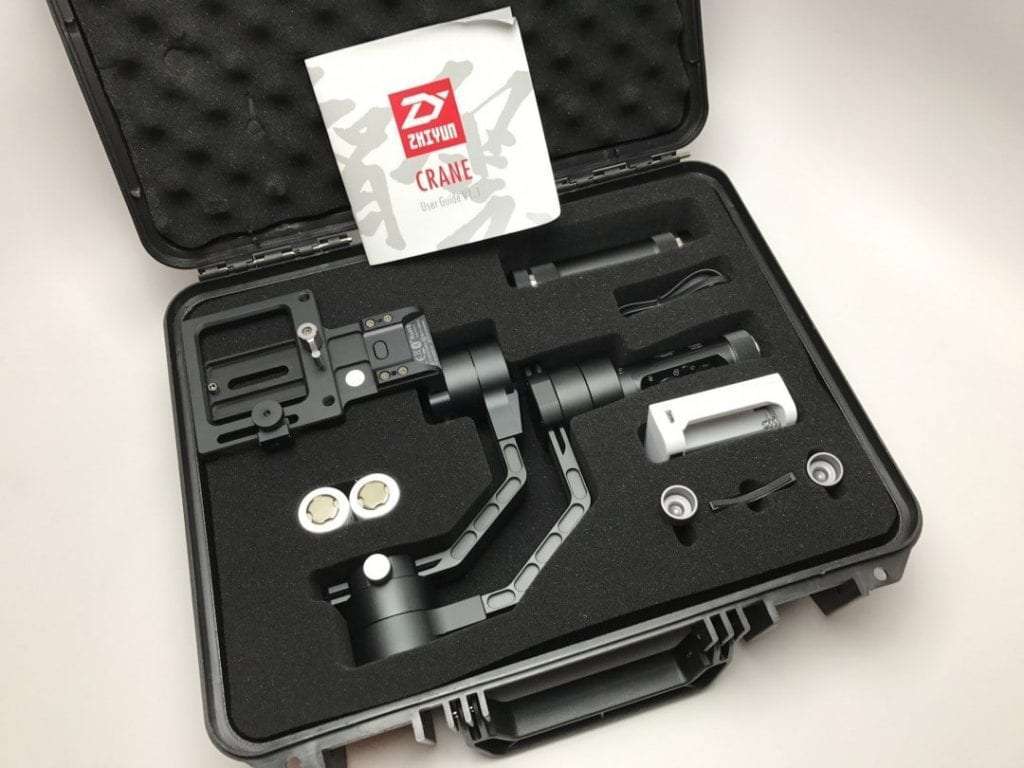 Crane includes four operational modes — locked, pan-follow, pan/tilt follow, and inverted. This provides a strong array of shot types you can strive for when shooting with the gimbal attached. In addition to its diverse modes, the Crane was designed so that you do not need tools to mount the camera or balance it. It’s all connected with thumb screws, which makes it incredibly easy to adjust. There is an app that you can use to help operate the pan/tilt/roll, update the firmware, and calibrate the gimbal remotely, but you can also operate the Crane fine without it. On the bottom of the handle, you will find a 1/4″ screw thread for connecting to tripods, monopods, or other mounts.

When I first opened the box, I was shocked to find the carrying case inside. It was a very unexpected surprise as most equipment I’ve gotten in the past year has not come with such a substantial protective case. When I opened the case, I found all the included pieces and parts and took a quick read through the manual before getting started. Even if you are familiar with gimbals, I would highly suggest you read the manual since every gimbal is different from the next. I was surprised at how easy it was to get it set-up. The Crane is basically one piece, but you do have to connect the bottom part of the handle where the batteries are housed. Make sure you screw it in all the way. One time I didn’t and I couldn’t get the Crane to power on. Thinking the device was broken, I became frustrated until I found the loosened handle. 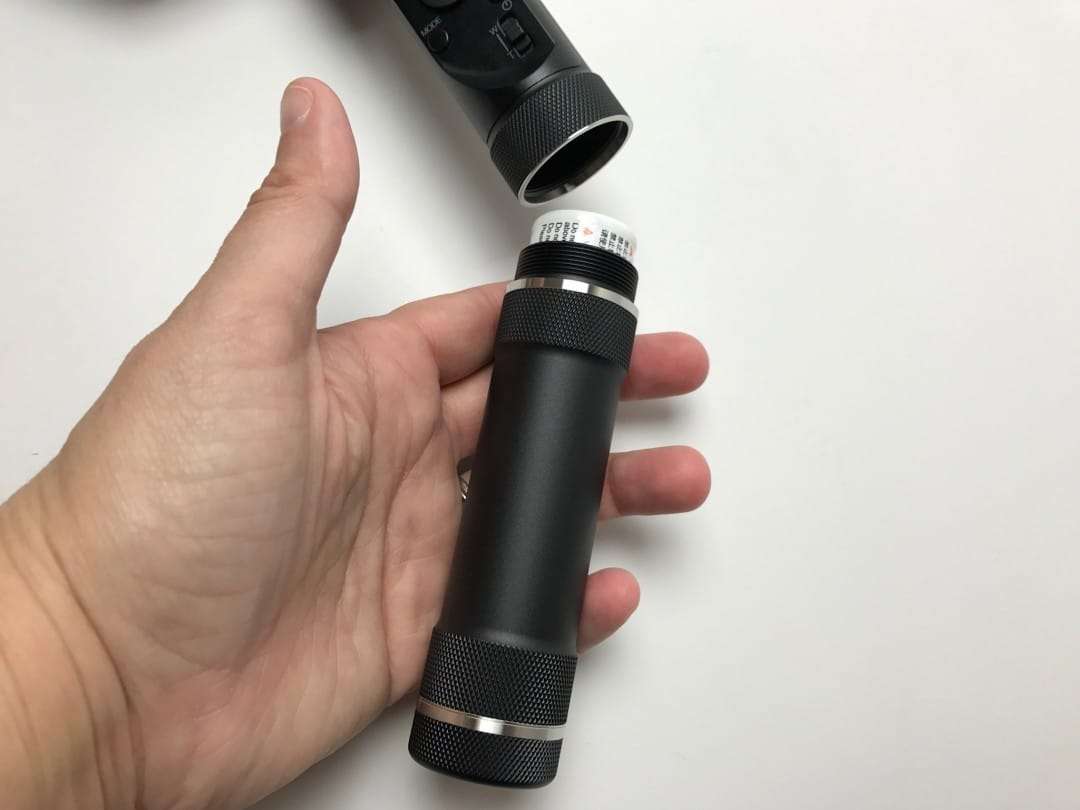 Once you have the batteries in place, you can mount your camera. This is very simple and very much like connecting a camera to a tripod. The thumb screw for the camera just screws in through the bottom of the plate on the gimbal. There is a lens support included as well, which gets tightened after the camera is in place. The next step is a real balancing act. Before you power on the Crane, you are instructed to make sure the camera is properly balanced. This serves two purposes — first, it ensures you will get the shots you want and second, it will provide you with a healthy gimbal since the motors won’t have to overwork themselves with an improperly balanced camera. Zhiyun makes this a very easy process since you don’t have to use any tools. You simply loosen the different parts of the gimbal until the camera sits level. The process is carefully outlined in the manual and it should only take you a couple of minutes to get the camera settled. 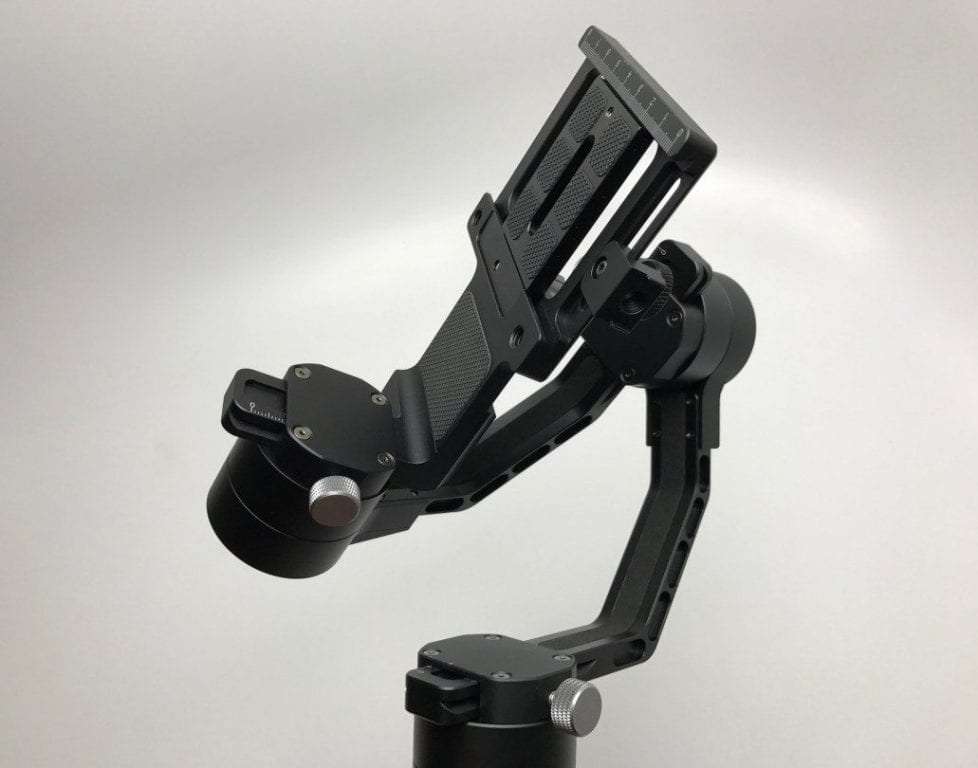 At this point, you are ready to start shooting. You press/hold the power button on the handle and then start shooting. The basic stabilization from the gimbal is an automatic process. The device will move with you and counter movements so that you have smooth, fluid shots. On the handle, you can control the tilt and pan of the camera. I actually love the positioning of the handle control because you can move the joystick with your thumb without looking at the control. This frees you up to be able to concentrate on how the shot looks in-camera.

When I started shooting with the Crane, the first thought I had was, “This thing is no joke!” Even though it’s made from aluminum, it still weighs 350 grams without a camera attached. When you add on the camera, you could be toting around 4 pounds or more, which can become a strain on your arms. One of the best pieces of advice I have for using a gimbal is to pace yourself and save your energy. It’s really easy to get drained when you are carrying a handheld gimbal for any length of time. 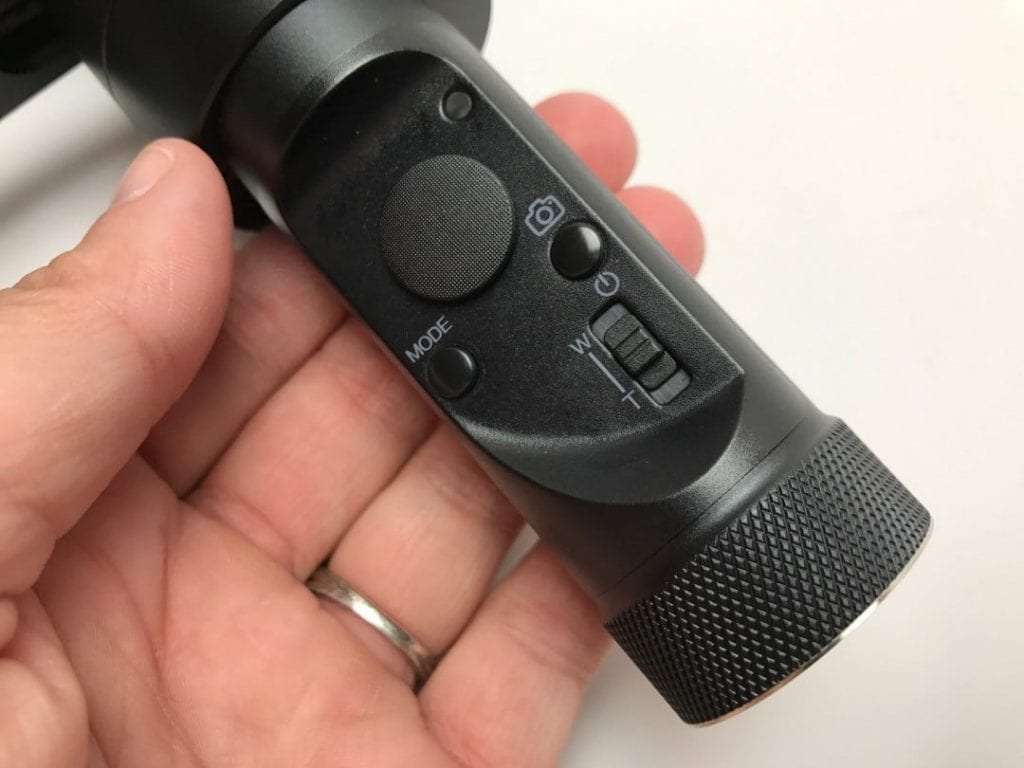 One of the first things I did to test out the stability of the Crane was run down a hill. You can see in the included video that I was facing forward the entire time I jogged downhill and the Crane kept the camera pointed out and the shot was much smoother than I expected it to be given how much I was shaking. I also did some simple movements that I would normally do with a jib, crane, or slider. I followed my daughter around a park and as she walked up some stairs. The Crane handled it beautifully. I was walking along with her, but there is absolutely no shake in the shot — it’s as if the camera were floating beside her. 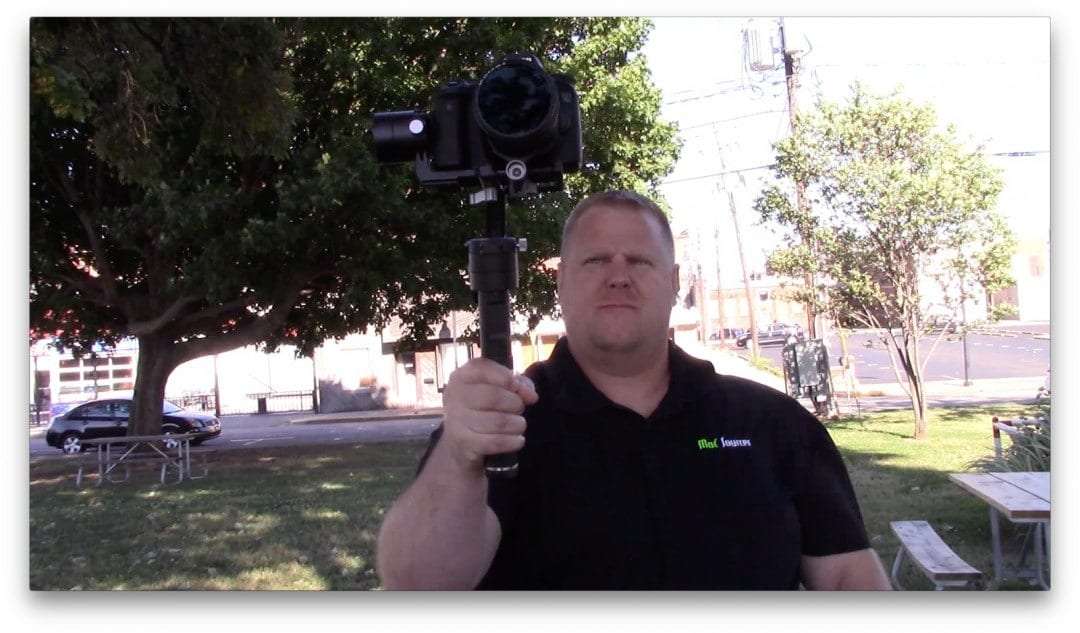 Gimbals are great for free motion and capturing action shots. They are also wonderful to supplement location shots when you just don’t have the time to set-up larger equipment. The Crane can get the job done when you want to have unique, powerful shots included without having to work on a movie set to get them.
BUY FROM AMAZON