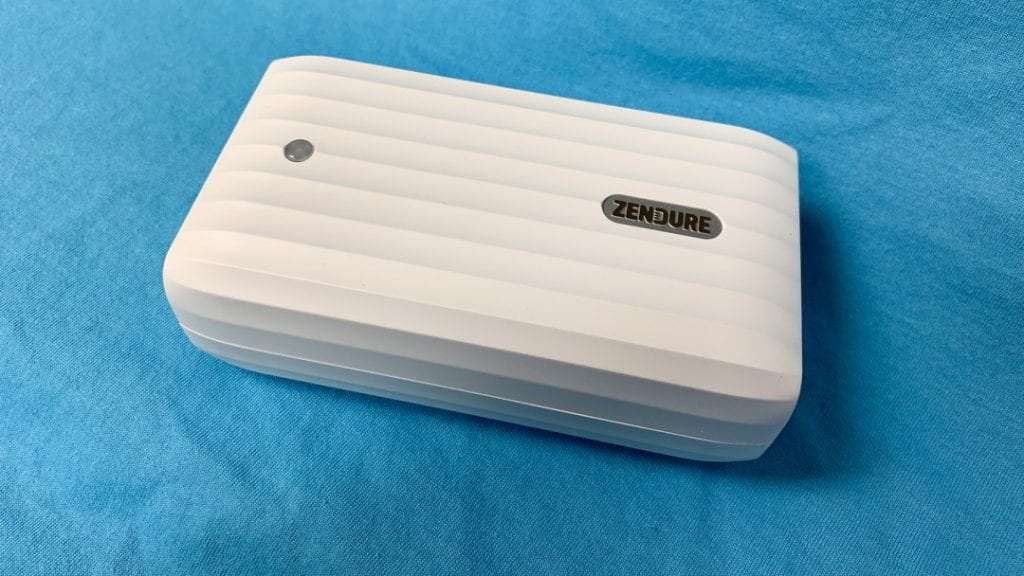 A charger for all devices.

I’m a huge fan of portable batteries. I have quite the collection and love finding powerful options for portable charging. There are a lot of power banks out there that only charge mobile devices but every once in a while a compact power bank emerges that has enough power to charge absolutely everything in my mobile backpack. This time, it’s the Zendure X6 USB-C Power Bank and Hub.

The Zendure X6 USB-C Power Bank and Hub is a portable charger with a capacity of 20,100 mAh. It has 4 USB-A ports and one USB-C port and is compatible with MacBooks, smartphones, smartwatches, headphones, and more. The power bank provides 45W of power delivery. The power bank is compatible with QC 3.0 and can charge equipped devices up to 80% in 35 minutes. In addition to the charging abilities of the power bank, the Zendure X6 also acts as a hub. So when you’re connected to a laptop you can also connect other USB-A driven peripherals like external hard drives. 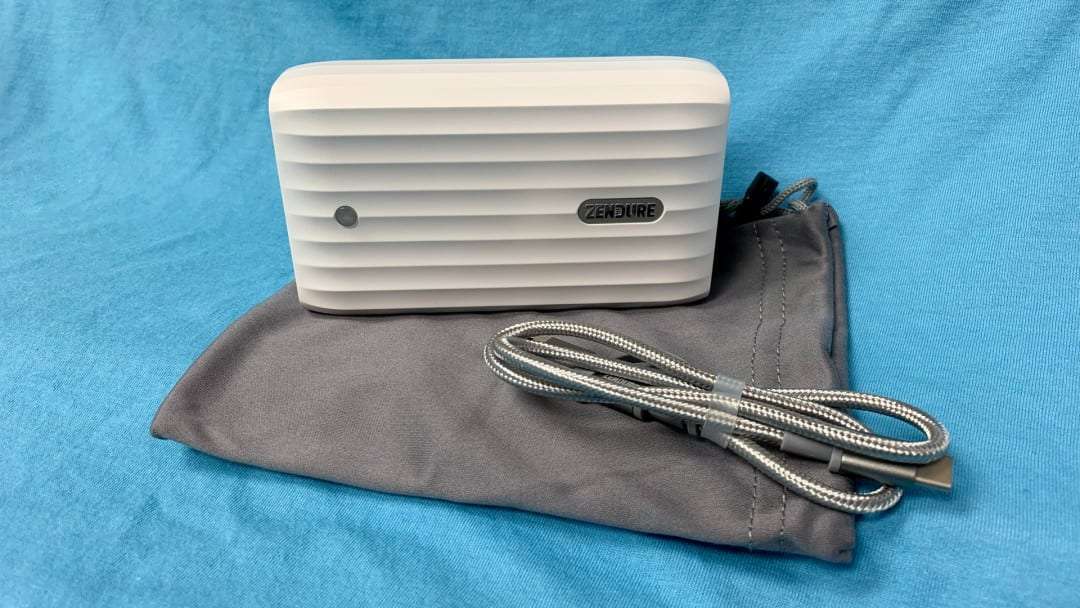 The power bank has a special mode called x-charge mode that supports an unlimited range of low-power devices such as smart watches, Beats wireless earphones, Fitbit fitness bands, and Raspberry Pi. The power bank also has an LED display that shows the different modes and an exact readout of how much capacity remains.

One of the first things I noticed about the Zendure X6 USB-C Power Bank and Hub was its size. Even though it is easy to handle, it’s quite a bit larger than some other power banks I have. I love that it has the ability to not only charge devices, but also connect to other devices as a hub. Because it’s a power bank, I decided to do some standard battery testing which involved charging a 2016 13-inch MacBook Pro and an iPhone Xs with it. Now, the specs of the power bank state that its maximum output is 45W and the 13-inch MacBook Pro requires 61W to charge its battery. So, when I plugged it in, I wasn’t sure if it would charge the laptop. After a few moments, the battery status in the menu bar showed that the battery was getting a charge. After about 10 minutes, the battery on the MBP had gained 4% but the power bank had been drained by 11%. 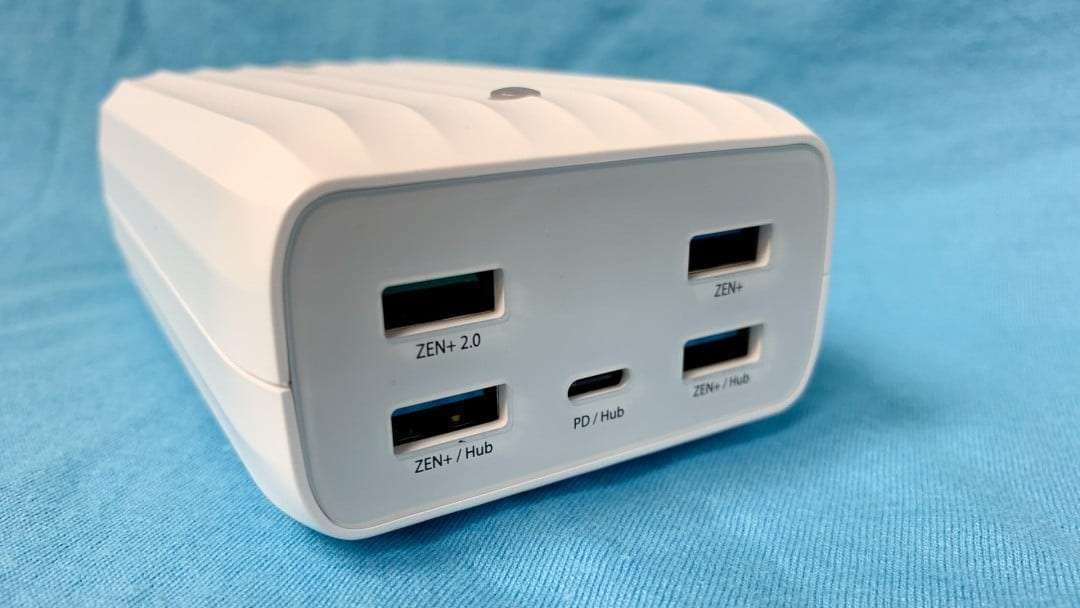 At that point, I plugged in an iPhone Xs using a Lightning to USB-A cable into the Zen+ 2.0 port, which supports smart fast charging up to QC 3.0 if the device supports it. At the time, the iPhone was at 67% battery. I continued to monitor both devices as they charged for the next hour and when I stopped, the MacBook Pro’s battery was at 99% and the iPhone was at 94%. The power bank had dropped to 44%. The next day, I picked up the battery to power the MBP again and while it charged the battery up about 20%, the power bank’s battery level dropped to 1% very quickly.

Sometimes with batteries like this, I will notice an increase in heat, but with the Zendure X6 USB-C Power Bank and Hub, I didn’t notice a massive amount of heat collection. I took a temperature reading a couple of different times and the highest temperature I collected was 121º. I’ve been told by other battery manufacturers that anything under 140º is considered ‘safe’ for use. When I unplugged the Lightning cable from the battery, I felt that it was hot to the touch and after using my infrared thermometer, I discovered that the USB-A end of the cable was registering 104º. 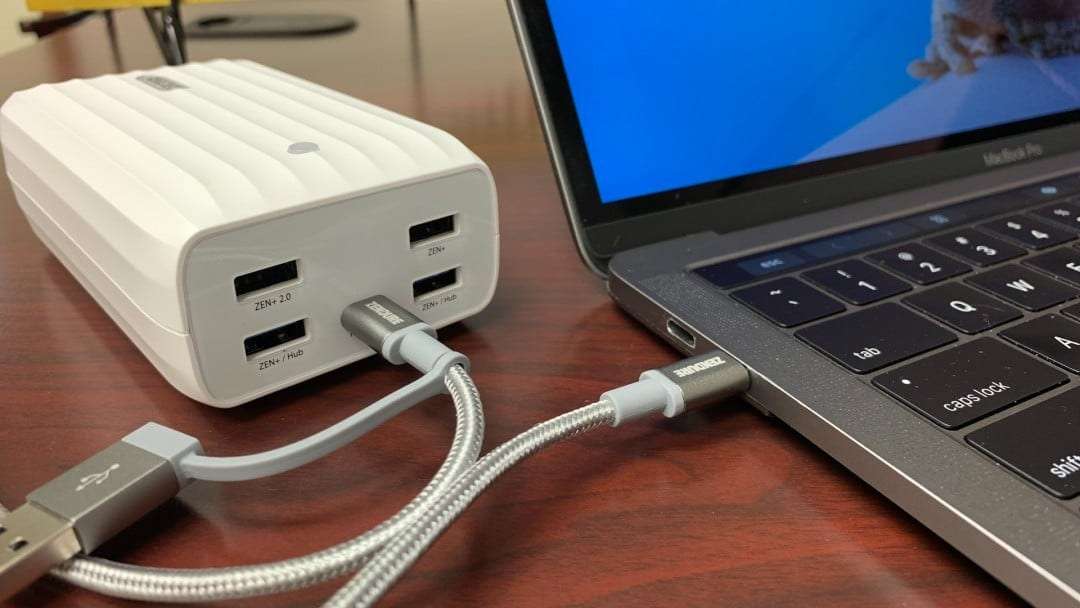 This versatile power bank/hub is a great device to have on hand for many uses. While it’s a bit heavier than other power banks that are similar in nature, it’s well worth carrying around this compact power bank for its powerful output.

A special edition X6 is available for pre-order on zendure.com for Zendure’s 5-year anniversary. The limited edition X6 art is designed by San Francisco artist APEXER and is adapted from his mural on 18th and Guererro Street in San Francisco. 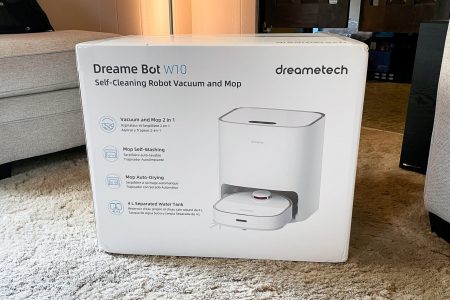 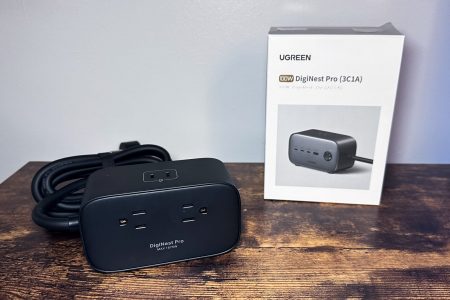