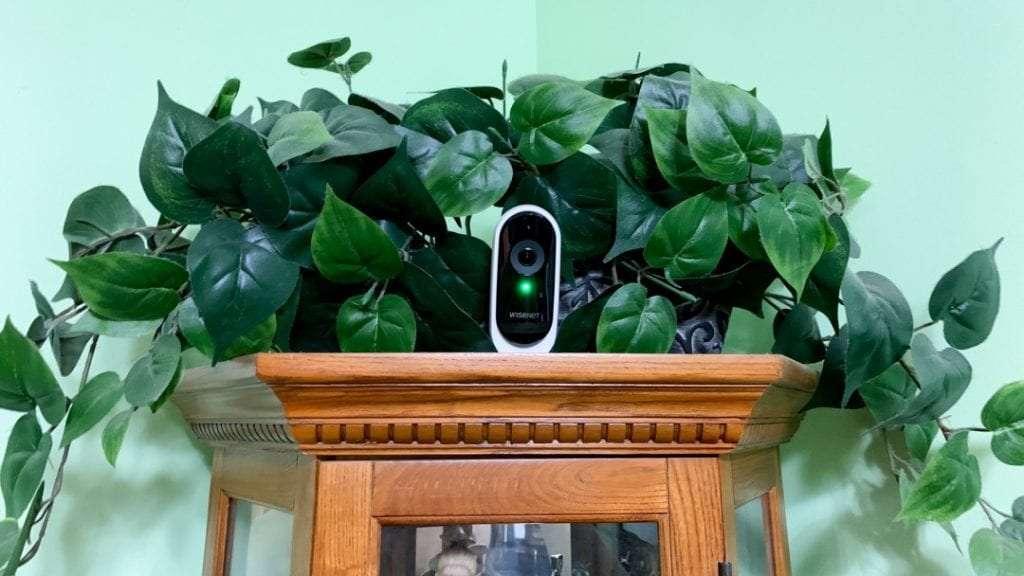 I used to scoff at security cameras. When I got my first apartment, my parents were so overprotective of me that my dad actually tried to get an alarm company to install an alarm system on my apartment door — complete with camera. At that point, I thought it was unnecessary, but now, I don’t know what I would do without the security cameras in and around my home. We have a doorbell camera that is invaluable when it comes to identifying visitors and keeping track of packages. And we have some indoor WiFi cameras that help us not only guard entry points in our house, but we also keep track of my fiancé’s grandmother when we aren’t at home. She has some mobility issues but is very independent. So, we try to keep a watchful eye on her from a safe distance. One area in our house that was being neglected by camera coverage though was our dining room. We wanted something that would have a wide enough field of view to cover not only that room, but also be able to see into the kitchen and living room. We also didn’t want a camera that required a subscription service in order to operate it. Wisenet’s SmartCam N1 ended up being just what we were looking for — and then some. 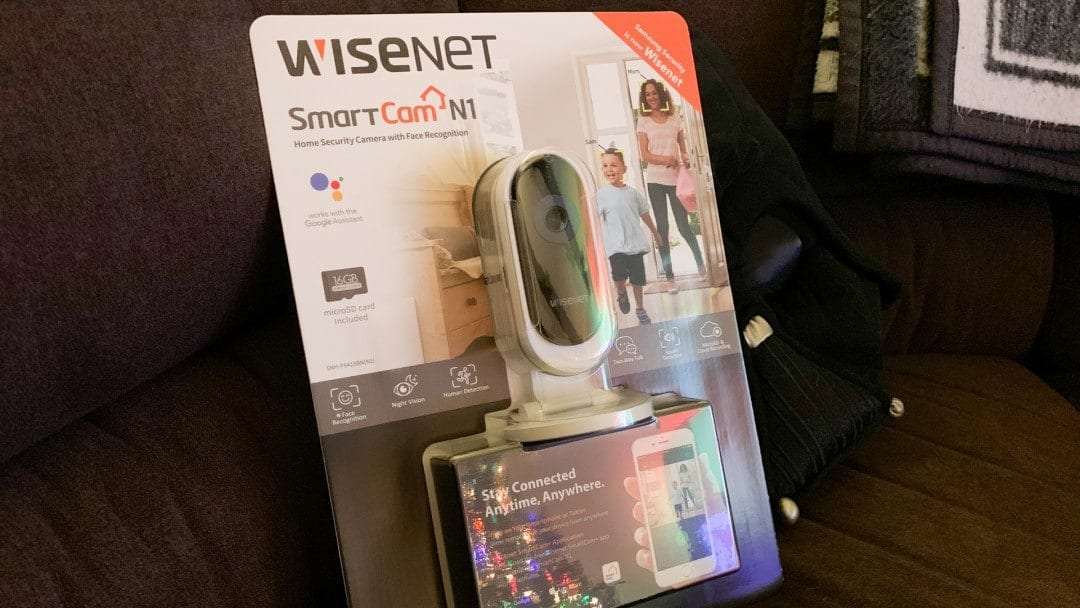 The SmartCam N1 is a Home Security Camera with Face Recognition that allows you to always stay connected to your home. It features face recognition, two-way talk, advanced audio & motion detection, and true day & night options. The camera is compatible with SmartCloud and Google Assistant. 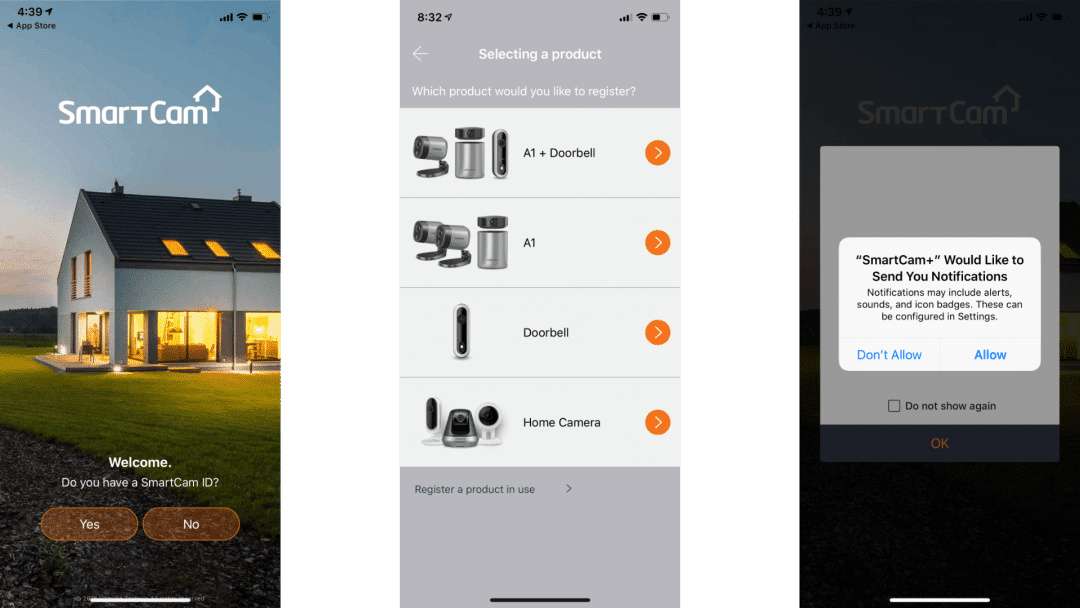 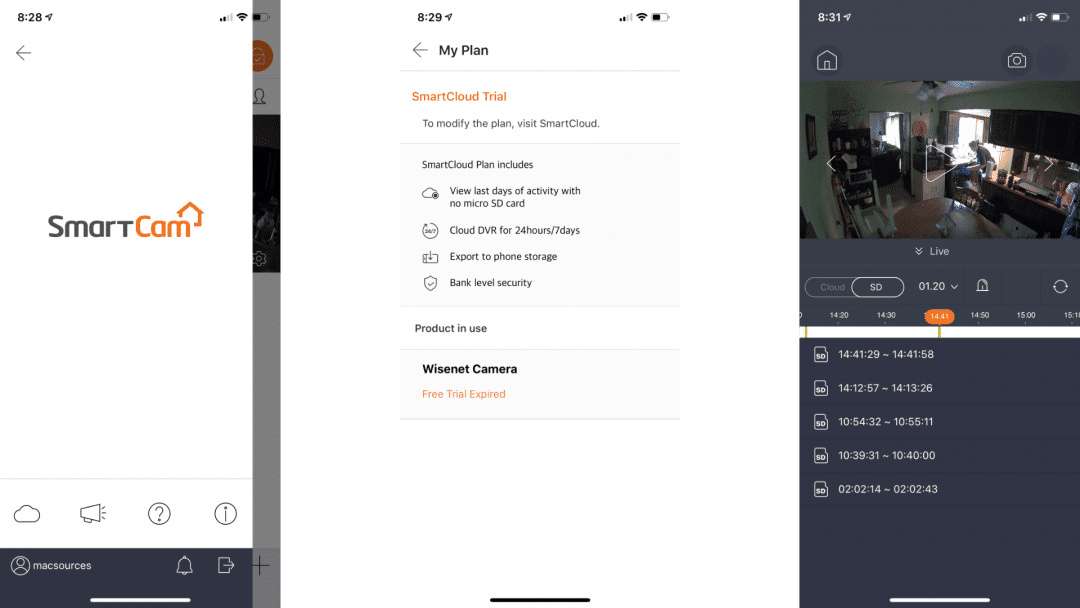 I’m a big fan of devices that have minimal set-up and assembly required. That is exactly what you get with the SmartCam N1. Out of the box, you simply have to plug the cable into it and into a power source and then connect through the app. That’s it. There aren’t any complicated steps to put the camera together or over the top wiring that needs to be routed through the camera base — just a single power cable.

The first time I started setting up the camera I had a couple of errors with it connecting to our WiFi network. The error read “The network connection is unstable. Please check it and try again.” After a while, I tried again and was able to get the login credentials to submit properly and finished the camera set-up.  Once it was set-up, the camera was very easy to navigate through the app. 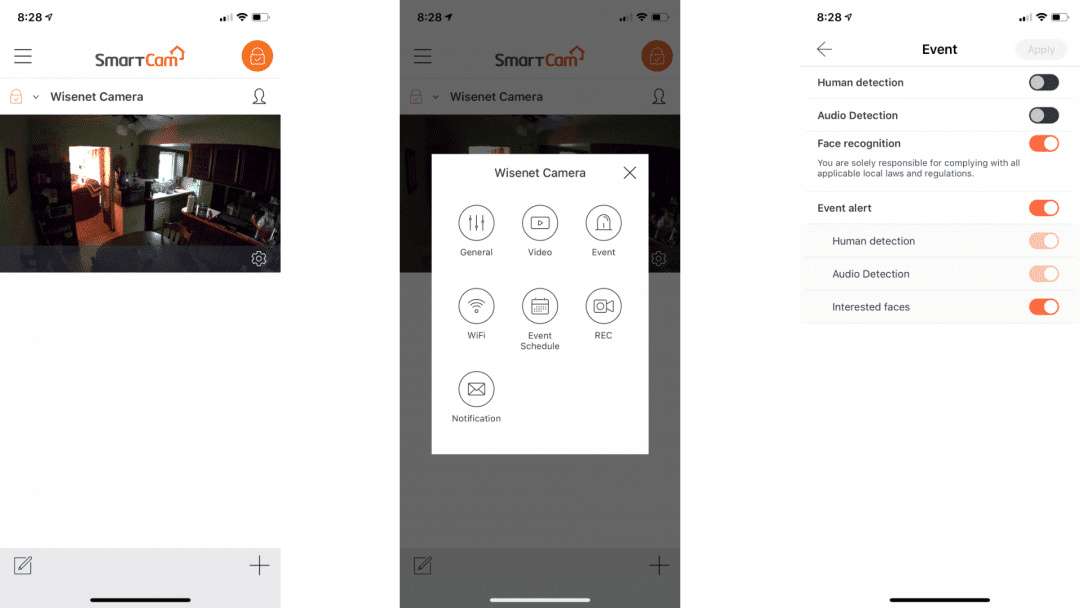 I really like that there are events recorded in the app that you can review as well as watch the live video feed. The face detection feature is really pretty great as you are provided with a list of faces that appear so you can determine if the people shown on the camera are a threat or members of your family. You have the option to have ‘interested faces’ identified when they are viewed by the camera. You will then be notified when that face is detected by the camera.

I really didn’t have any issues with the camera, except for a small heat problem. After the camera had been on for a couple of days, I noticed it was a little warm to the touch. So, checked the surface temperature with an infrared temperature gun and found that it was 92-96 degrees on its sides and back. Now, it’s been running nonstop for a few weeks and just before writing this article I checked its temperature again, with the same infrared thermometer, and it was 101 degrees. I have the camera stored in a location that is open and should not be collecting that much heat in my opinions. None of the other WiFi cameras I’ve used have been this warm to the touch. Since it’s not more than 140º I don’t think it’s enough of a heat problem to be overly concerned, but I will definitely keep a close eye on the camera so it doesn’t become a problem.

Despite some initial problems in getting the camera connected, it’s been a joy to work with. It was easy to set up (after the first try) and the app interface is intuitive for users. The camera is compact and can be placed nearly anywhere. I love that the camera stand has a notch in it for the cable management and that the stand itself is weighted for balance. With a modest price tag, it’s an affordable high-quality camera that has a lot of uses.

The camera is now on sale at Sam’s Club. At the time of publishing this article, the camera is currently being sold for $89.88.