The launch of Apple’s iPhone in the late 2000s led to an influx of people playing games on their smartphones. Fast forward more than ten years, and the iPhone continues to be one of the best gaming platforms, particularly thanks to the tech advancements it’s made in the last few years. But what makes the iPhone so good for casual gaming? Let’s take a look.

What Can You Play On iPhones?

Right now, there is an endless slew of content available for you to play on iPhones. The Apple App Store is jam-packed with a variety of games for you to enjoy, including titles like Angry Birds from when the iPhone first launched as well as new titles with groundbreaking gameplay or visuals.

In fact, there are over a dozen of different genre games available for you to download and play, including; Action, Adventure, Board, Indie, Kids, Music, Puzzle, Racing, Role-Playing, Simulation, Strategy, Trivia, Word, and plenty more. A majority of the games available on iPhone are free (Although these tend to be very ad-heavy), but there are paid games too that usually feature more refined gameplay and visuals, and fewer ads.

If the above isn’t enough, you can even play console games on iPhone through the use of Sony’s PS Remote Play app and Microsoft’s Xbox app. In addition to that, you’re also able to download mobile iPhone casino apps, allowing you to play casino games with real money across numerous UK-licensed brands.

iPhone Gaming Vs The Competition

The above reveals the sheer amount of content available to you on iPhone smartphones. There’s something for everyone regardless of your gaming level thanks to the number of genres, and the fact that you can enjoy free and low-cost games means that the games on iPhone are much more accessible than on other platforms. The fact that you can also access console and casino games means there’s just so much for you to enjoy.

In comparison, other platforms just don’t offer the same variety. While Macs are technologically superior, a majority of game developers refuse to release their games for the platform, preferring to release only on Windows devices.

While PC and home consoles make up a large portion of the gaming industry, they again do not offer the variety that iPhone smartphones do. What’s more, these games, although much more advanced, are much pricier than anything released on the iPhone, which makes the games on Apple’s smartphone much more accessible for the majority of people.

Finally, iPhones have one major advantage all over other platforms; iPhones are portable. Sure, there are some consoles like the Steam Deck and Nintendo Switch that are popular for their portability, but they’re still rather clunky, requiring some sort of bag for transportation. The iPhone, however, can simply fit into your pocket.

In short, we believe that the iPhone is one of the best platforms for gaming because it offers the most variety in games, provides you with a selection of free and low-cost titles, and is incredibly portable, allowing you to play anywhere and at any time. No other gaming platform currently offers this.

What’s The Future Of Gaming For iPhones?

iPhones continue to be one of the biggest smartphone platforms around the world, and we’ll likely see game developers continue to release their games on the smartphone. As technology advances, we’ll likely start to see more triple-A games on iPhones, offering more advanced gameplay and visuals than anything we currently have. 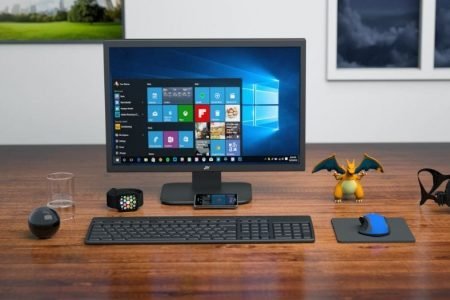