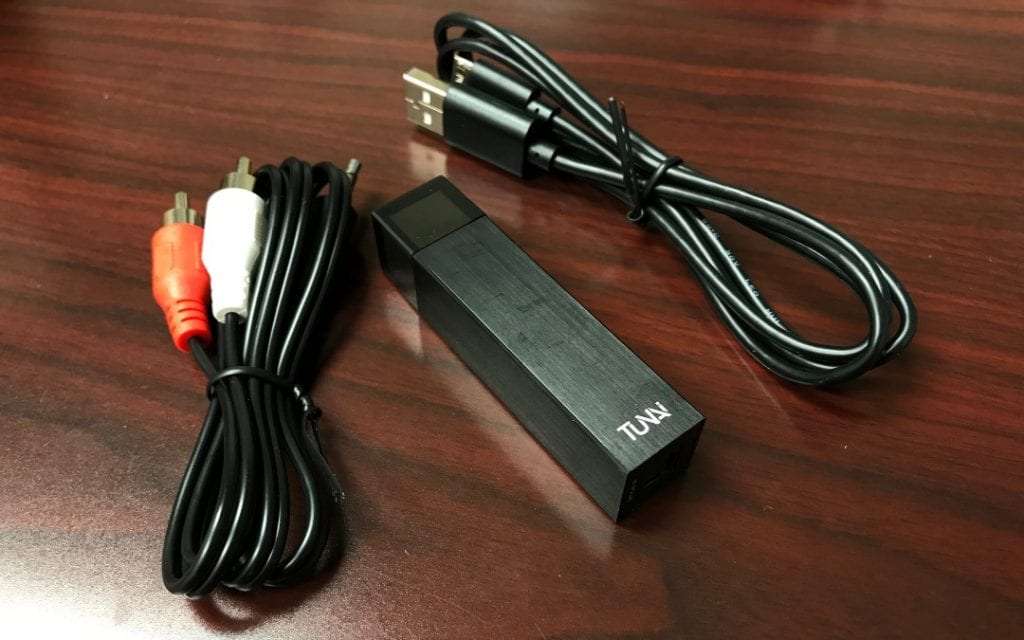 I love wireless technology. I think it simplifies life so much to know that you don’t need to string cables around just to listen to a simple playlist on your computer or mobile phone. There are, however, still devices out there that need a little help with adapting to our increasingly wireless world. For me, it’s my work computer. I am working off of a PC that is almost 10 years old. It’s functional, but a little slow at times. And it’s absolutely not Bluetooth compatible. So, I recently added the Tunai Wand, a Bluetooth transmitter, to my work set-up so that I could use a set of wireless headphones while I work.

Tunai Creative is an accessory company based in Sri Lanka. They have been developing innovative Bluetooth products since 2014 and in January 2018, the WAND, an enhanced wireless audio home entertainment device, won a CES 2018 Innovation award. The tiny device is currently available through Kickstarter and as of this article being published, it has surpassed its goal by more than $13,000 with 4 days left in its campaign. 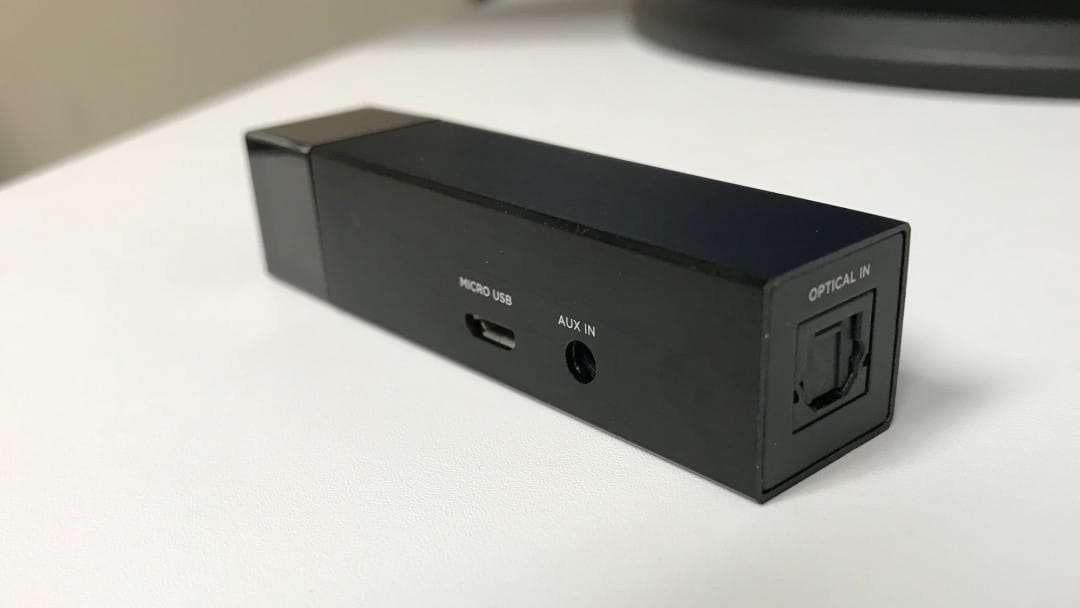 In working with Tunai, we were able to test out one of their pre-production units. And even though it’s not developed for retail sales (it did not come in a consumer package), the WAND is impressive. It is very simple to operate and it works very well. The WAND is designed specifically for streaming audio – nothing else. The device was created so that people who enjoy personal entertainment – sports, movies, streaming programs, games, etc. – could continue enjoying it without being tethered to a wired headset. If you’ve ever had to try and connect a wireless headset to a TV or gaming console that doesn’t accept it, you will know what a frustrating process it can be. You end up with 3X the number of cables to convert audio experience to wireless than you would have if you just plugged the headphones in as designed. WAND solves this problem.

The device is tiny. It measures 17mm x 17mm x 75mm and only weighs 22g. You can easily slip it into your pocket for travel and since no special software is needed to operate the WAND, you can use it anywhere with minimal set-up. WAND has three options for audio input – Analog (Aux), Optical, and USB (Micro). It does require power through USB so if you don’t connect to your audio that way, you will still need to plug it into power. I did find in my testing though if power is cut, the WAND will reconnect to the previously paired device when power is restored to it. 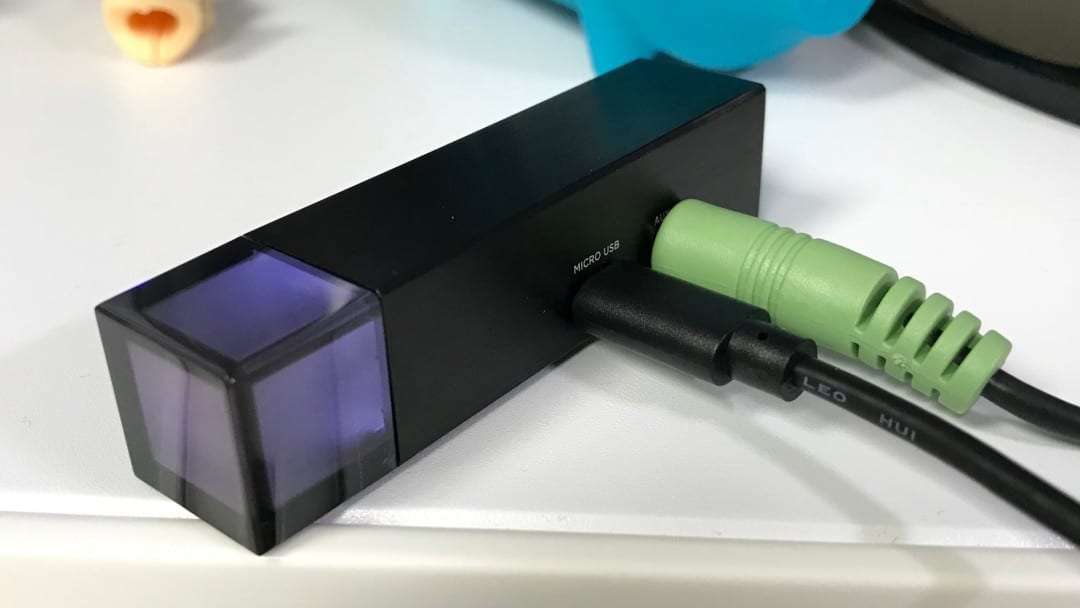 WAND supports Bluetooth 5.0 and has an operating range of 164 feet (open air). While I didn’t reach the full 164 feet, I did walk around my office area and the quality of the audio didn’t falter once. In fact, I was able to reach different areas of the building that I can’t reach with my Apple AirPods. At one point I was at least 30 feet away from my computer and had three walls between me and the device. The connection was as clear as day. I truly hope that more Bluetooth devices have this type of strength and range in the future because it’s awesome.

WAND provides dual-link CODEC support with aptX low latency, aptX, and SBC. You can connect to two receiving devices with zero lip-sync delay. I tested out the lip sync issues, which sometimes can be a problem with Bluetooth transmitters, by watching the Carpool Karaoke video featuring Paul McCartney on YouTube. I chose this video in particular because there is a lot of spoken word as well as music that I was familiar with so I would be able to easily tell if there were any sync issues. There were none during the entire 23-minute video. This is another place that the WAND impressed me. 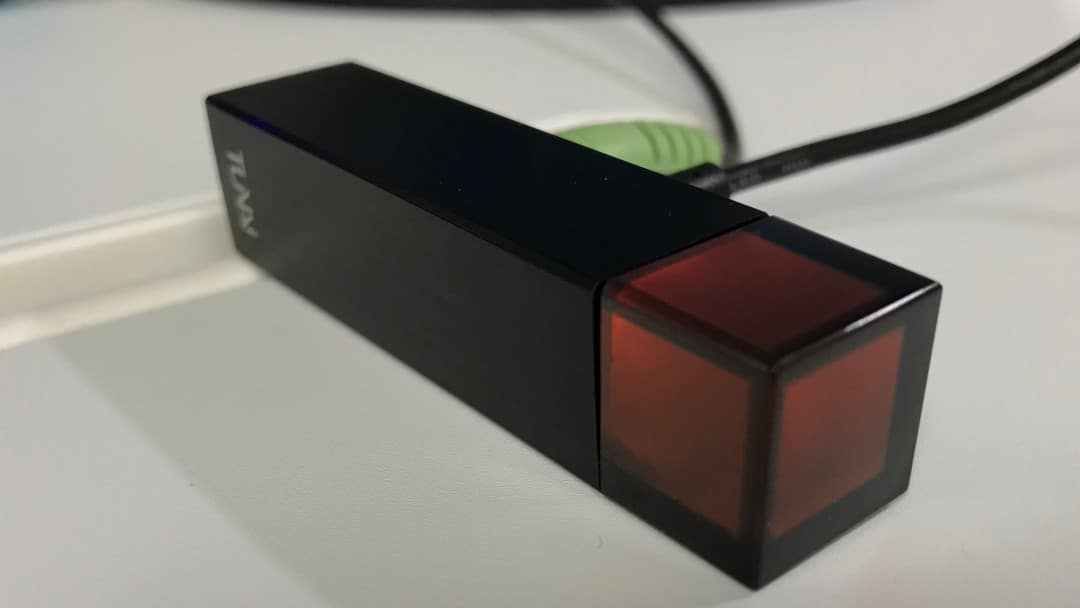 Operation of the WAND is simple. After you plug it in, the device immediately goes into a Bluetooth pairing mode. At this point, you need to make sure your headphones are also in pairing mode and not trying to connect to any other device. The WAND will automatically pick up the signal and pair to your headphones. Once it’s paired, you press the LED light end of the stick in so that the color changes. This indicates which input mode is selected. After a few seconds, the LED will turn off. This doesn’t mean that the WAND is turned off. After you are connected to it, find a metal surface to attach the WAND to as its sides are magnetic.

Even though the WAND is mainly designed for home entertainment use, I really enjoy using it as a conduit for my work computer. It makes watching webcasts (which I have to review frequently) much easier. I do have one small problem to note. When using an AUX cable, you can detect a very minor hint of static in the line. I hear the same thing in my car when I am charging a device and have it plugged into the Aux port at the same time. It’s very faint though and I really didn’t perceive that it was interrupting my listening experience.

The WAND is a great device for people who love entertainment but don’t always want to broadcast it out loud. The device works seamlessly and since it’s incredibly simple to use, I think it’s a wonderful investment for any user.