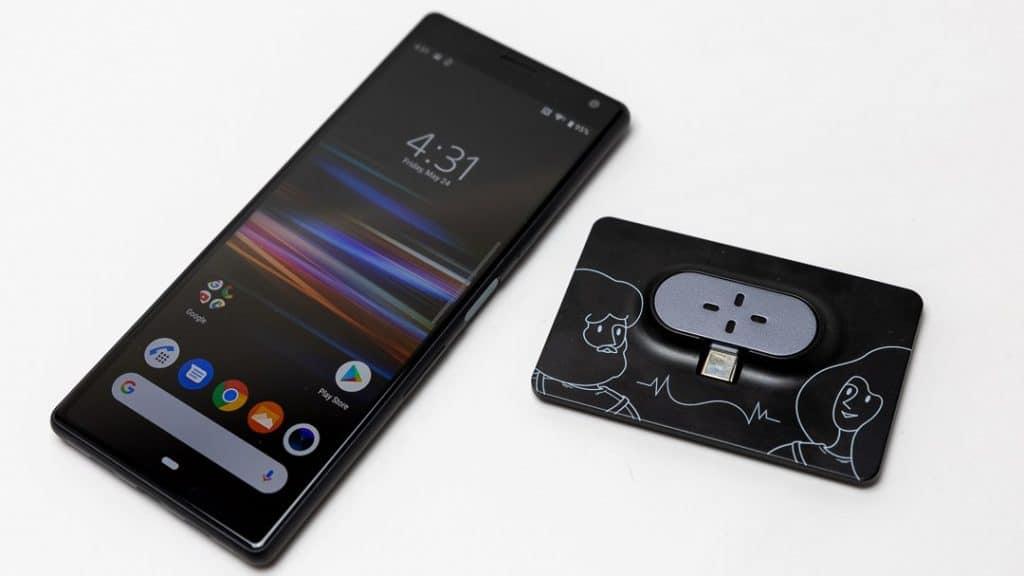 A handheld translator that connects to your phone.

When you travel or work with people in a different country on a regular basis, communication can become a bit of a bear. When I was a rising senior in high school, I had the opportunity to travel to Europe over the summer. At the time, mobile phones were not even something we dreamed of carrying with us and old-fashioned snail mail was the communication method of the day. Email wasn’t even 100% common place at the time. So you can imagine that most of our translations with locals were coming from painstakingly flipping through language books and piecing together phrases haphazardly. Today, that trip would look very different — especially with a device like Zero.

Zero is a personal communication device that plugs into your mobile phone and provides you with the ability to speak freely with those who don’t speak your native language or in a situation where the flow of conversation needs to be maintained (i.e. an interview or meeting). Zero is a tiny dongle that plugs into the charging port on your phone and works directly with the Timekettle app. Zero measures 1.6 x 0.6 x 0.3 inches and can fit into pockets, wallets or purses so that you can keep it with you at all times. The device works better than a standard mobile phone does alone because it integrates neural network noise cancellation with its high-quality microphone.

Zero along with the Timekettle app is designed to support natural conversation and keep conversations moving despite language barriers. Since it works using your phone as a power source, you don’t need to worry about charging Zero or even fiddling with any buttons. Some of the people who might find Zero most useful include humanitarian workers, travelers, teachers, students, journalists, and families.

Zero is currently in the process of funding through Indiegogo. We were able to get our hands on an early release/prototype version of the device so that we could test it out. I wanted to point that out because there are several things that I noticed that I believe will be different for those who purchase a ready-for-consumer version of Zero. First of all, there was no packging. Our Zero arrived in a simple plastic card that resembles a business card. This card is actually referred to on the Indiegogo page. We also did not receive any instruction and the app is a little hard to follow without any instruction. That said, I was able to get the hang of it after some moderate use.

One of the things I really like about this system is that there are several modes to use with it – Translation, Meeting, and Interview. Each mode has it’s pros and cons and I have outlined them below. You will notice that while translation is a big benefit of this tiny gadget, it’s not its only purpose.

Because the product is still under development, I have tried to be observant, but soft in my criticisms since I know a lot of the issues I experienced will likely be solved with software updates. The hardware is wonderful. It’s small and plugs right into the phone like it should. The version I have is compatible with USB-C (there is a Lightning version) and I used it with a Sony Xperia 10, which ended up being a nice option because I compared the Translate Mode directly to the Google Translate App on the phone. I didn’t have any connection problems with the device and the app.

Translate Mode was actually the option I used the most. It works surprisingly well. I tested it out by speaking some phrases first in English and then in French, which I have a little bit of experience with. I would say that Zero was 100% accurate when it translated the entire phrase and about 90% accurate at listening. For example, I would say a phrase and it might only pick up the last few words of it, but it would still translate those words correctly. I found that when I spoke slower it understood me better, but that if I took too long of a pause, the app would cut the translation short.

I also tested the Zero against a recorded message. I played a video clip from The Lion King that was on YouTube and it did a pretty good job of translating it. It was unfortunately a little too long for the Translate function to pick up 100%, but Google Translate did the same type of translation. I did compare Zero’s functionality to what Google Translate does and I would say they are nearly identical in function and ability to translate language-to-language.

I’m very excited to live in such a technologically advanced time where we can begin to communicate more freely with one another thanks to that technology. Zero is a great tool to use for that purpose. While Google Translate is another great tool, I don’t believe it works as seamlessly on non-Android devices. For those users, Zero is a great add-on to be able to talk freely with others. I’m also very excited about the future of the app interface and what the other two modes might be able to bring to the communication table.