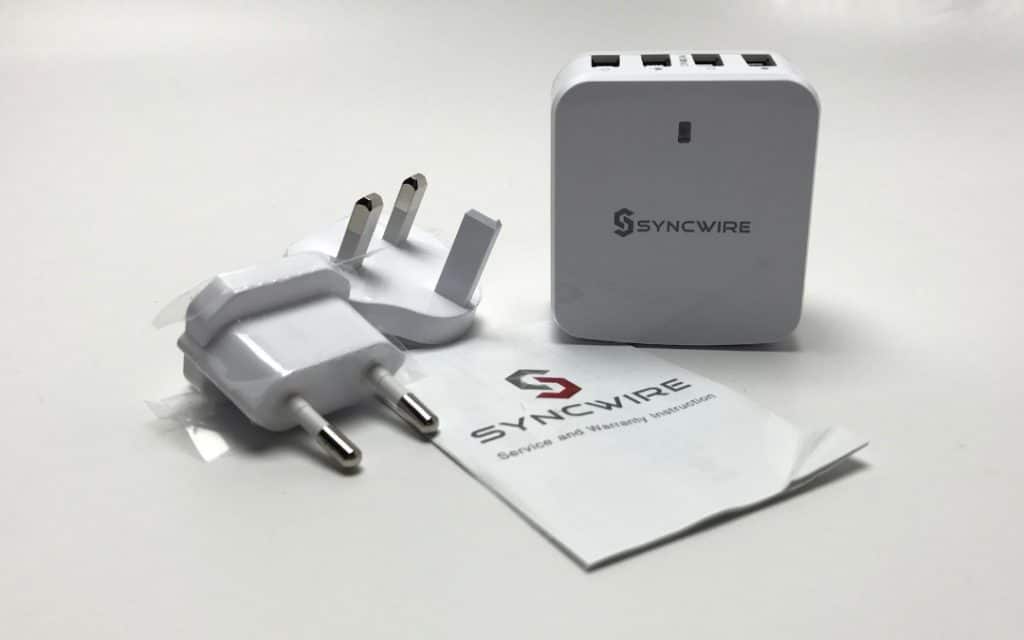 Two years ago, I ventured out to Las Vegas for my first trip to CES. I was sharing a house with several other people and we all had devices to charge. I did plan ahead and packed a spare power strip, but after my second trip to CES, I realized that I needed to find a better, more compact way to pack. This wall charger is small and packs a powerful punch for travelers.

The Syncwire USB Wall Charger Plug has four USB-A ports on it. It uses Smart IC Technology to automatically detect and deliver the optimal charge for attached devices. It’s not a ‘Quick Charging’ plug, but it will ensure that you get the most efficient charge possible for your devices. The four ports output a total of 34W/6.8A and you can charge up to four devices simultaneously. The plug will accept a 100v and 240v input and ships with UK and EU adapters specifically for travelers. The charger is approved for UL-FCC-CE certification and is designed to resist overheating and power overload on the unit. 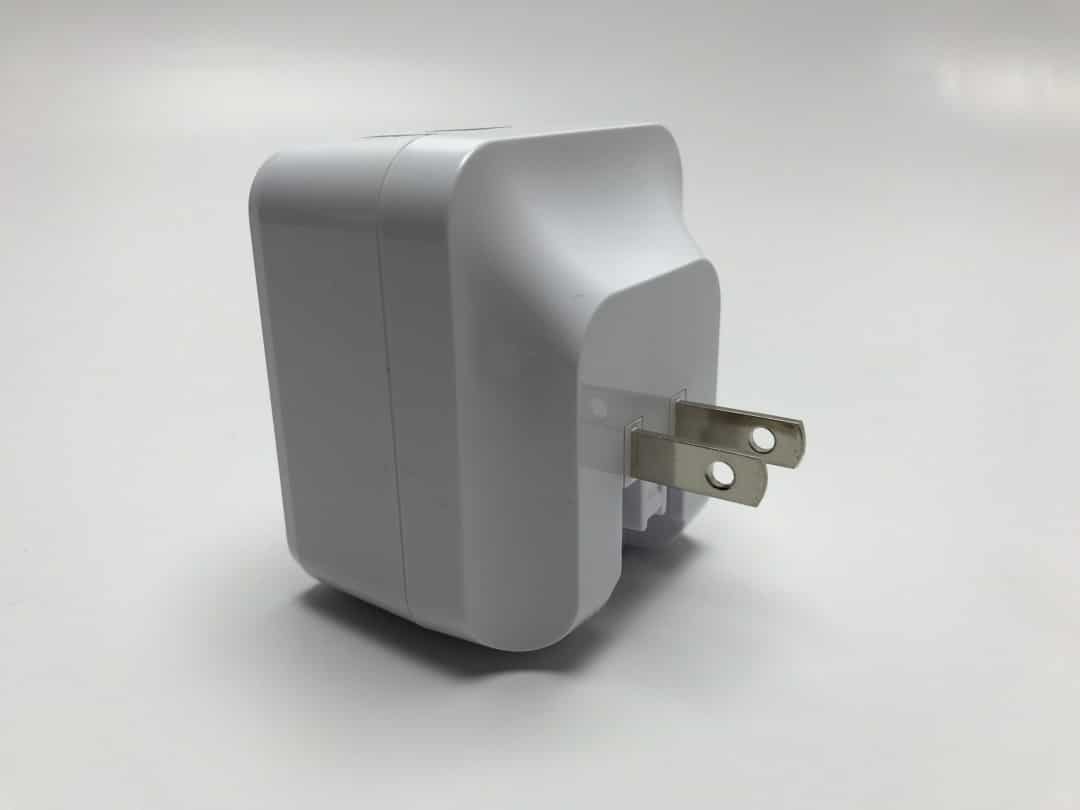 The plug arrived in a fairly nondescript box. It is light brown cardboard and even though it has a sticker on the outside that has some description of the product on it, I wasn’t able to really use that because the shipping label was affixed directly to the product box. As I mentioned above, the plug comes with UK and EU adapters. I was fooled though because the EU adapter was placed on the plug for shipping. The adapters actually slip over the US plug, which is a rather ingenious design. The adapters slide on and off with ease. While I don’t do a whole lot of international traveling, this is definitely a big bonus in my book. 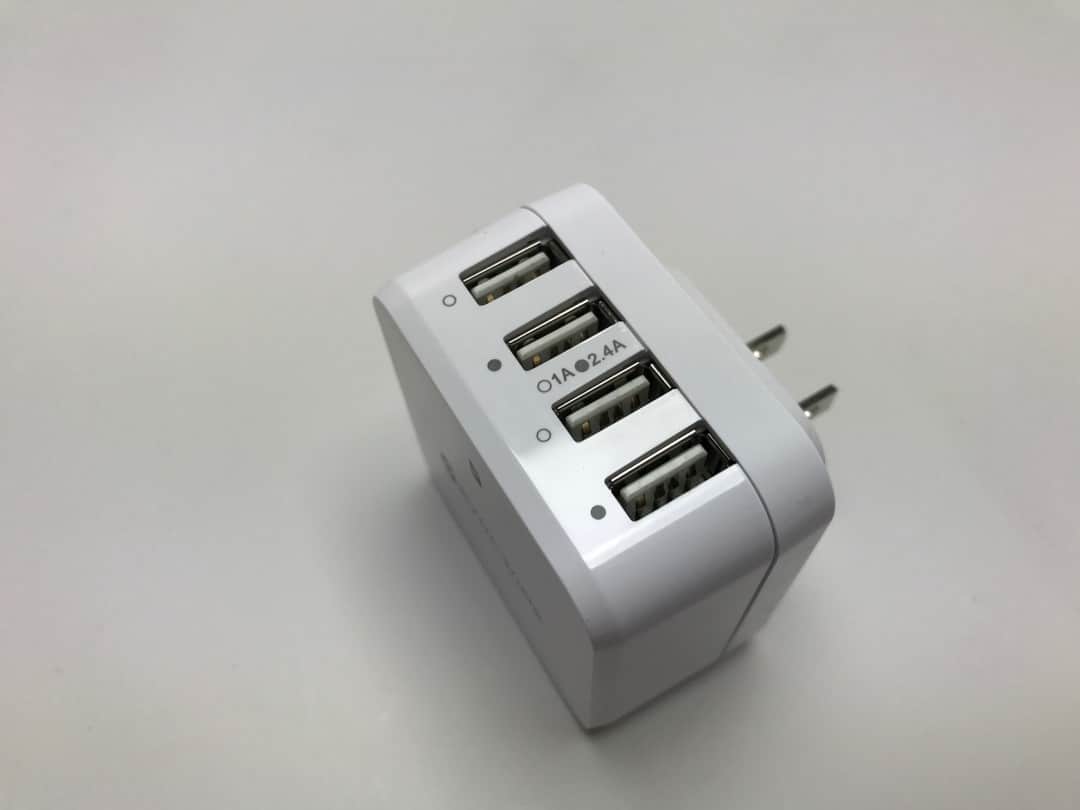 The plug only weighs 6.7 ounces, which is much less than the power strip I was traveling with. And, because of its size, I could easily slip this into my carry-on bag rather than store it in my full-size suitcase. When I first looked at the USB ports I wasn’t sure how to differentiate between the different amp outputs. If you look closely though, you will see an image that shows a hollow dot for the 1A output and a solid dot for the 2.4A ports. I thought this was a clever way to call out the different amp amounts.

For one of my tests, I plugged the charger into a wall outlet in my house and then used it to charge my 12-inch iPad Pro. I plugged a USB to Lightning cable into the charger and then into my iPad. My iPad was sitting right at 28% battery. I left it to charge for just a little bit and about 25 minutes later my iPad had gained 9% battery. The iPad Pro is sort of infamous for being a slow-to-charge device unless it’s using its 12W wall charger. I was happy to get a 9% gain in that time frame. 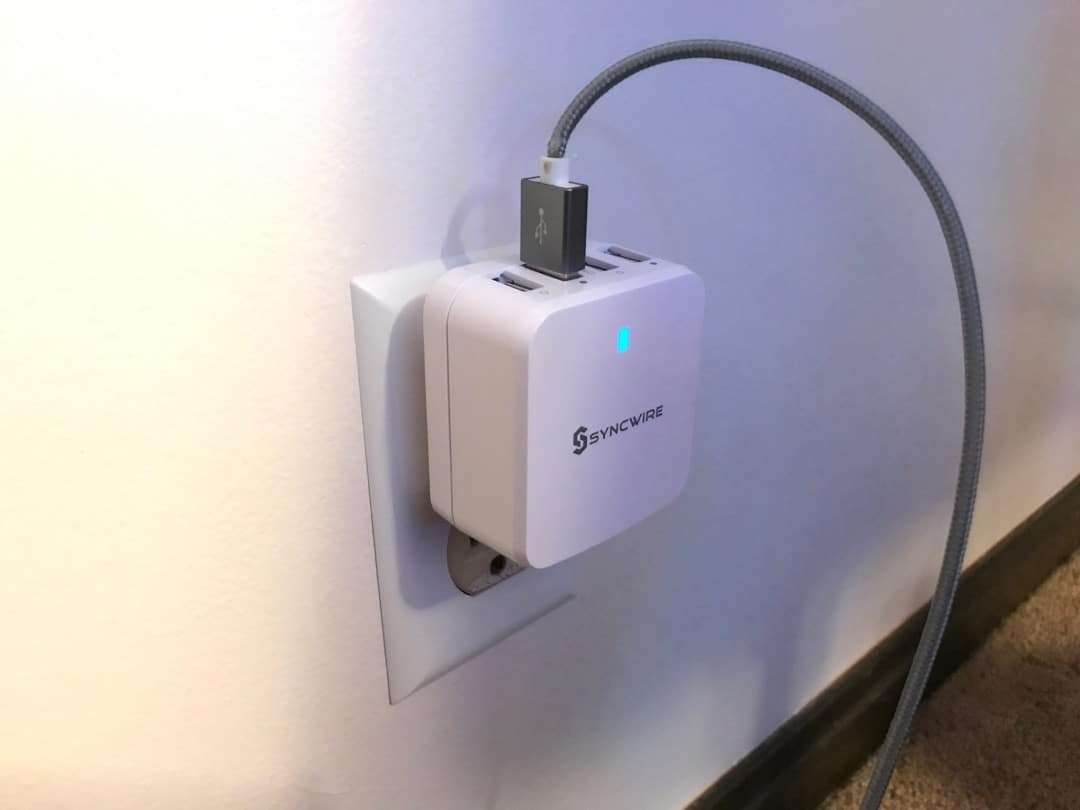 As far as chargers go, the Syncwire USB Wall Charger Plug is a really nice option for travelers. I would actually use it in my home office, too. It’s a solid charger and my devices have gotten an efficient charge from it each time I use it.
BUY FROM AMAZON