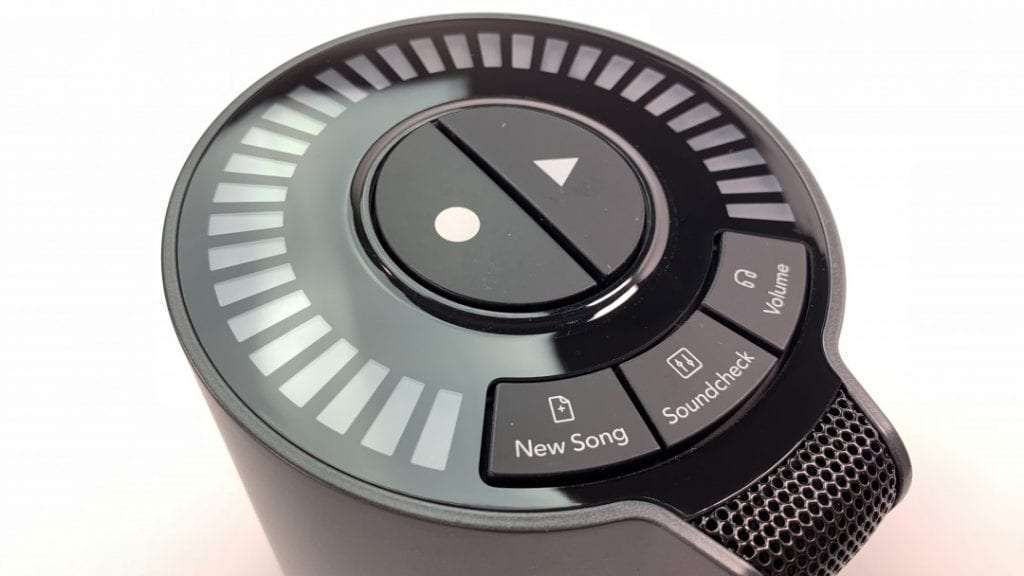 A recording studio for your pocket.

I have recently become enamored with podcasts. I know that I’m about five years behind the ‘trend’ but at least I finally found some hosts that pique my interest. Like many people, I end up trying to join the pre-recorded discussion with my own commentary. That then leads into considering my own podcast. As is the case with any type of production, you want to make sure you have the best gear. For me, it really comes down to the audio interface you are going to use to record your voiceover work. And that’s what led me to the Spire Studio.

The Spire Studio is a portable recording device that allows users to capture and mix musical compositions at any time. The system consists of the Spire Studio device and the Spire mobile app (currently only available for iOS). The Spire Studio device has multiple inputs and outputs including a built-in microphone, two XLR/TS combo input jacks, two 3.5mm stereo headphone outputs. The device is rechargeable and can provide 4-6 hours of use when fully charged. The Spire Studio makes it possible for you to record with professional quality and eliminates the setup time that other professional set-ups require. You record your tracks wirelessly to your mobile device and mix them using the Spire app’s visual mixer. Finally, you can share your projects and finished tracks directly from the app. 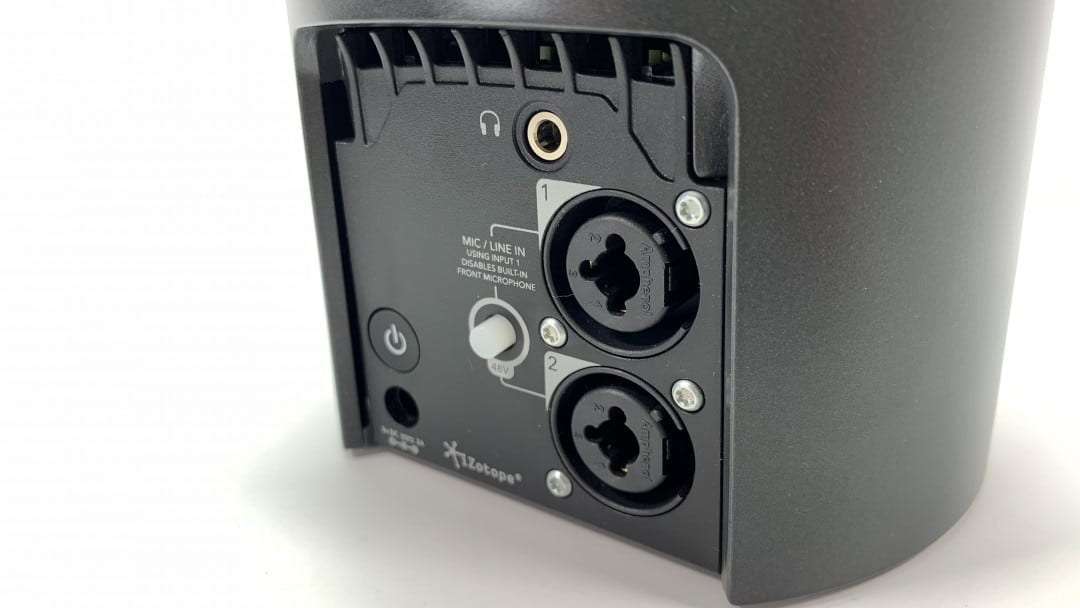 Getting started with the Spire Studio is pretty simple. You download the app and plug the Spire into power. The Spire is rechargeable so if it has a charge you just have to press the power button. After it has power, it will start registering the input signal from its built-in microphone. If you want to plug in an exterior mic, you can use XLR connection on the rear of the device. Once the Spire is on, it will start broadcasting a WiFi signal. Your phone will pick this up as a WiFi network that you can connect to. There is no password to enter; you simply select the “SpireStudio-XXXXXX” network that is listed. There are a few actions you have to perform (tapping buttons on the unit) to secure the connection, but you are up and running within a few minutes at the most. 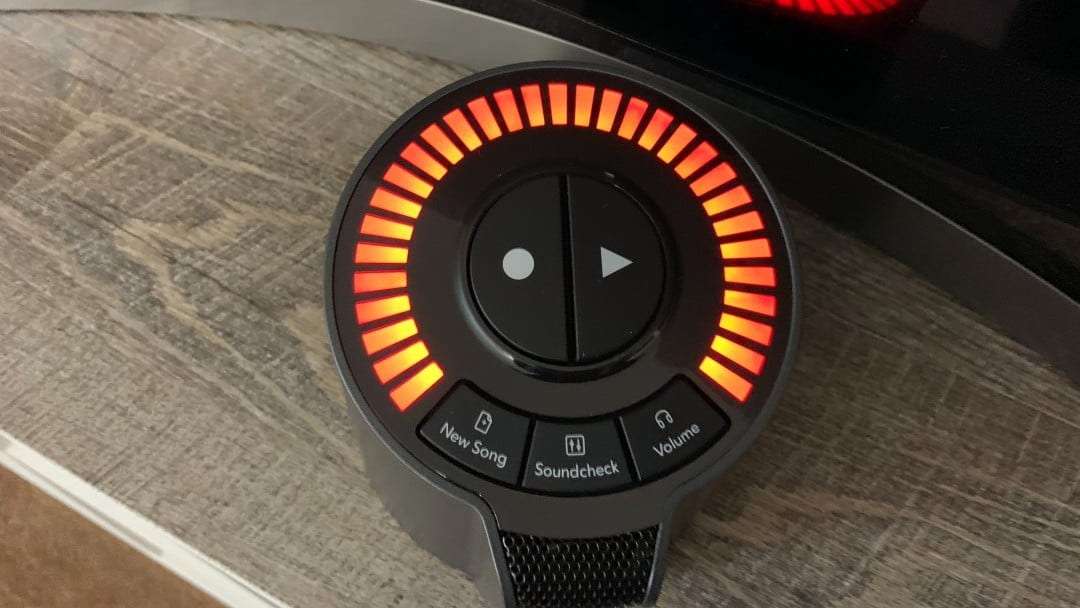 After you have connected to the app, you can control your recording from either the phone app or the device itself. The LED lights on the top of the Spire Studio will bounce according to your input level. One of my favorite features of the Spire Studio is Soundcheck. You can select this with your app or the device and the Spire will detect the input volume level and adjust automatically according to what it hears so that you get the best input signal possible. This is super cool because you can save a lot of time trying to calibrate the device this way.

As I mentioned above, my main reason for wanting to try out the Spire Studio was for voiceover recording/monitoring. So, I tested out the Spire Studio using the built-in microphone to record myself reading a Robert Frost poem (“Stopping by Woods on a Snowy Evening”). I was impressed by how well it captured my vocals and how easy the Spire was to use. I monitored myself with a set of wired headphones and thought that the audio quality was above average. The microphone did pick up ambient noise like our air conditioner, but I wasn’t surprised by that. 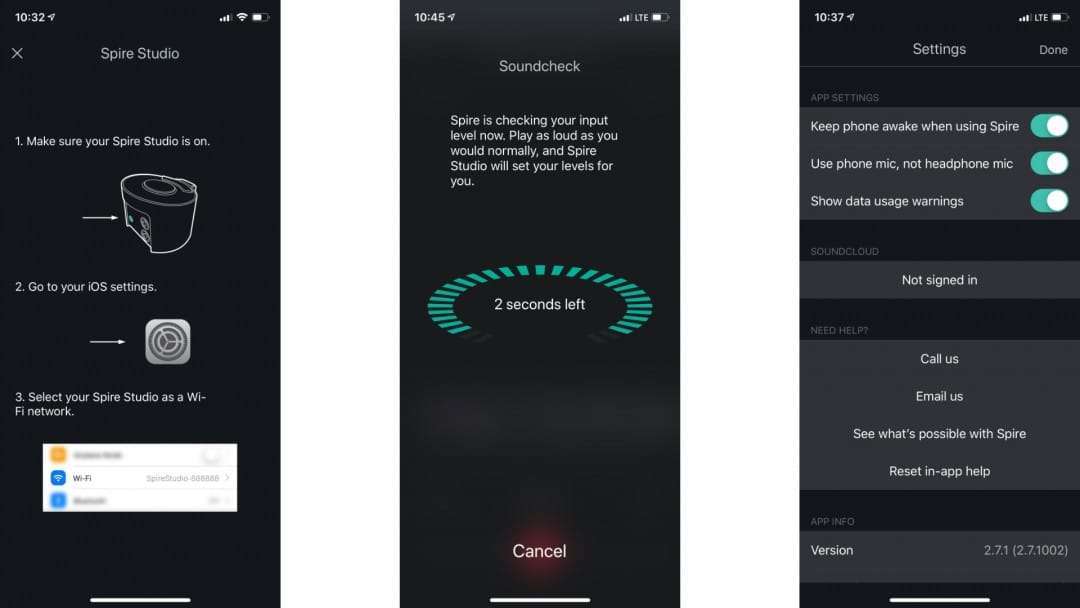 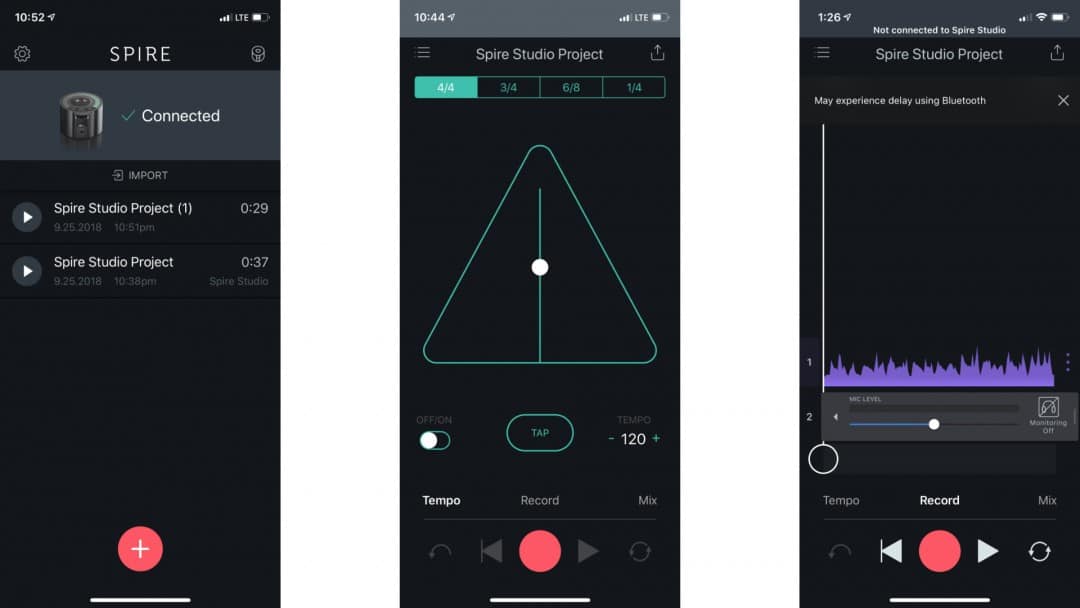 The app is incredibly easy to use as well. When you record a track – or multiple tracks – you can mix them together right on the app and then export them out using file formats such as M4A and WAV or you can share finished projects using social media or SoundCloud. Tracks show up as waveforms and you can edit as needed. The process is really very simple and you can use the app without the Spire Studio device. So, if you record one track using the device and then need to add something in, you can pull up the project on your phone, record while you are on the go, and then mix the two together.

Spire’s mission was to create a recording studio that could be used anywhere, anytime, by anyone. In that respect, I feel as though the device has succeeded. At $350, it is quite an investment, but with it being so versatile, it seems like a must-have for recording artists.