SOAIY Multifunctional Outlet REVIEW Designed to be great but Poorly Made

The outlet is a fire hazard waiting to happen

I wanted this to be a good product. I thought when I first saw it how it would be a perfect fit on my office desk and knew right from the start where I could place it and what I could plug into it. It’s a 4-outlet power strip with 4 USB ports on the front side. It’s perfect for someone who has a lot of devices to charge. The outlet supports intelligent charging and will charge devices simultaneously. It charges phones just as easily as tablets. For me, it was going to be the perfect desk charging option. Unfortunately, my opinion changed as soon as it was delivered.

The device arrived on time and intact but when I took it out of the box, I heard a loud racket. I shook the power-strip and it sounded like a baby’s rattle. This thing had parts bopping around on the inside! It was very disappointing. I know you can find some great products on Amazon but if your not careful you can run into the products that are very poorly made. Take a look back at all the exploding Hoverboards from last year as an example.

Once I realized something was definitely wrong with this thing I decided that plugging it into a wall was a bad idea. I was correct in my thoughts and let me tell you why it would have been bad to plug this into the wall. First, the metal bouncing around on the inside was not normal. I know it’s metal because I took the bottom off to see what was making the noise and found a metal bar and screw that had no earthly business being there. It’s like those pieces were just tossed in before the case was closed off and shipped to me. The second reason plugging it in would be bad is because parts of the four outlets were not soldered on. I don’t know if this was caused by the metal bar and screw that I found on the inside bouncing around or if they just did not bother to make sure the solder was connected. On the circuit board for the USB ports, you will find a square capacitor that was hanging on for dear life as it was also not soldered on.

I have reviewed many gadgets in the past and some I found to be total junk but this, this takes the cake on award-winning, dead-on-arrival, unsafe, straight-out-of-the-box junk. To top off that mess, I noticed that the USB ports were not even lined up correctly. If you look at the photo you can see they arent inline with the plastic housing. If you own this product I would defiantly think about unplugging it right away. I truly hate giving negative reviews. I always try my hardest on finding the good in all the stuff I review but this was bad. Very very bad.

To be the advocate for this product, if it would not have had a metal bar and screw that did not belong to this device rumbling around on the inside and if the wires were soldered on correctly and if the USB slots where lined up correctly to the plastic housing, this would have been just what I needed on my desk.

I have a major use for a product designed like this. I needed something this size that could handle stuff being plugged in and out daily and I think they had the right idea with this but very poor execution. Maybe I happened to get one that was meant to be tossed in the trash but somehow it made it to the customer. Normally I would give a company the benefit of the doubt and try a second one but this thing just scared me. With as loud as it was from parts shaking around I find it hard to believe that this was the only broken model that made it out to ship.

I’m including the link to it on Amazon but I would not suggest buying it. If you do and have great luck we would love to hear about it. leave your comments below.
BUY FROM AMAZON 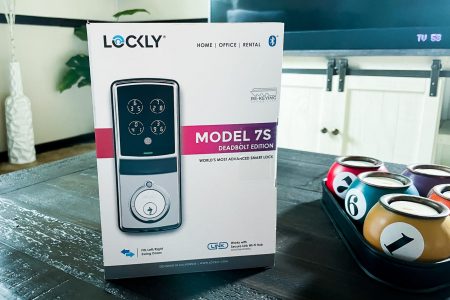