A nice, inexpensive battery backup for your mobile device.

Not too long ago, I found myself draining the last precious moments from the battery on my phone. Before I knew it, the Apple logo was appearing as my screen went dark and my phone ceased to have any power. This isn’t a good thing given that I do a lot of business from my phone. This is why I really like having the option of a backup battery case like the Slim Fit Extended Battery Case by Joto.

The Slim Fit Extended Battery Case has a 3100mAh lithium polymer battery and can effectively provide 100% additional battery life to your iPhone 6. The hardshell case provides damage protection while remaining slim and lightweight. There is an LED battery life indicator light on the back of the case that tells you when it is time to recharge. The case comes in three colors – gold, silver and black – and is competitively priced within the marketplace of battery cases.

When I first got the case out of its package, I thought it looked pretty much like other battery cases I’ve seen before. It’s got a bumper that locks in on top of the backing that houses the battery. The iPhone slides into the lighting port on the backing and then you place the bumper on top of the phone and snap it into place. To charge your phone, you simply tap the button on the back on the case. Most battery cases can be described in the same way.

The case itself is fairly lightweight. It has a smooth, sleek design that pairs well with the iPhone. One thing that is unique about this case is that it comes with a spare bumper. The original bumper matches the case (silver in my case) and the secondary bumper is transparent blue. Since I like the solid color of the case, I didn’t snap on the second bumper, but I didn’t think it was a nice addition to the package.

I like battery cases because they add more than just protection – they provide additional power for a device that is constantly using power. This case was no exception. After I had installed my phone, I left it in the case for a couple of hours and used it normally. When it was about down to 60% battery, I decided to turn on the battery pack. The first time I tapped the button to charge the phone it didn’t work. I thought that maybe the phone wasn’t sitting just right on the Lightning port, but after adjusting the phone, it still didn’t work. For a moment, I thought the case was completely broken. Fortunately, I thought to plug it in. When I did that something made the connection complete and I’ve not had any problems with the case charging since then.

After the case started charging my phone, it only took a couple of hours until the phone was at 100%.

In order to be able to use the headphone jack, you must use the aux cable extender provided by Joto. It’s a small cable about 2 inches long. During my testing, I did try out the extender and found that there was a small amount of interference within the cable. It’s was so minor that I’m sure most people wouldn’t notice it, but I heard just the smallest bit of fuzz in the line. I found this phenomenon happened with both my earbuds and the aux jack in my car.

I really appreciate the slim, form-fitting design of the case. It really doesn’t seem to add a lot of extra weight to the phone, which is surprising considering your literally carrying a battery on its back. One of the features that this case has is the forward facing speaker outlets. Most battery cases have taken to this type of design so that the sound pushed out from your phone doesn’t lose its quality or volume. I found this to be a very helpful feature. Within the first hour of having the case on my phone, I had two conference calls that I used my speakerphone for. No one on the other end said they had trouble hearing me and I was impressed with the sound quality as well.

One final thought about the case design – it’s a bit hard to open. You could take this as a pro and a con on the case. On the one hand, you know that your phone is not coming out of the case. On the other hand, when you have to get the phone out of the case, it’s a struggle. During the testing period I had with this case, I had to remove the case two different times and it took what felt like an exorbitantly long time to get the job done.

Overall, this is a good option for a less-expensive battery backup for your iPhone. The phone is well-protected and the battery does a really nice job charging. This case retails for $55 whereas, other competitors are $20 or more higher. Despite some of the issues I found with this battery case, I can recommend it to iPhone 6 users who wish to extend their phone use with an additional battery. 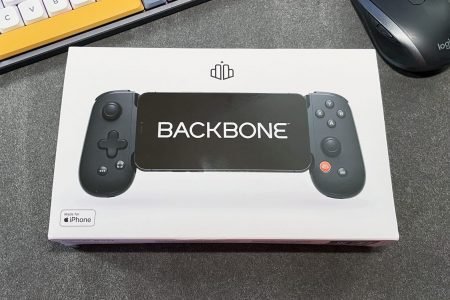 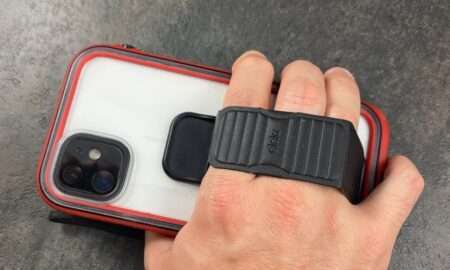 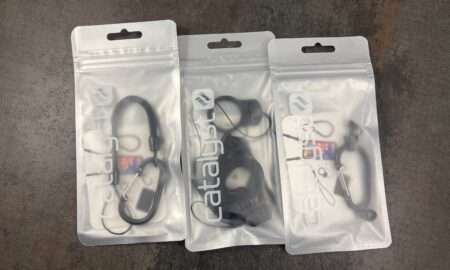