I’m a big fan of Sennheiser as a company because they have been making premium, high-quality products since 1945. I haven’t been alive that long but for as long as I can remember, Sennheiser has been making solid gear and has a reputable name. When it comes to microphones and professional headphones, you should look to Sennheiser first. When I learned about the new HD 4.40BT Wireless Headphones, I saw a sleek-looking set of headphones that I knew I needed to try.

In true Sennheiser form, the new HD 4.40BT headphones offer premium wireless sound in a classy package. It features a closed-back, around-ear design and has Bluetooth 4.0 connectivity. The headphones are aptX compatible for true Hi-Fi sound and dynamic bass. The minimalist design is robust to handle life on-the-go. Priced reasonably at $150, the HD 4.40BTs are affordable and in-line with other headphones in its class. There are ear-cup mounted controls and an integrated microphone for an easy listening experience. The complete details of the headphones are listed below. 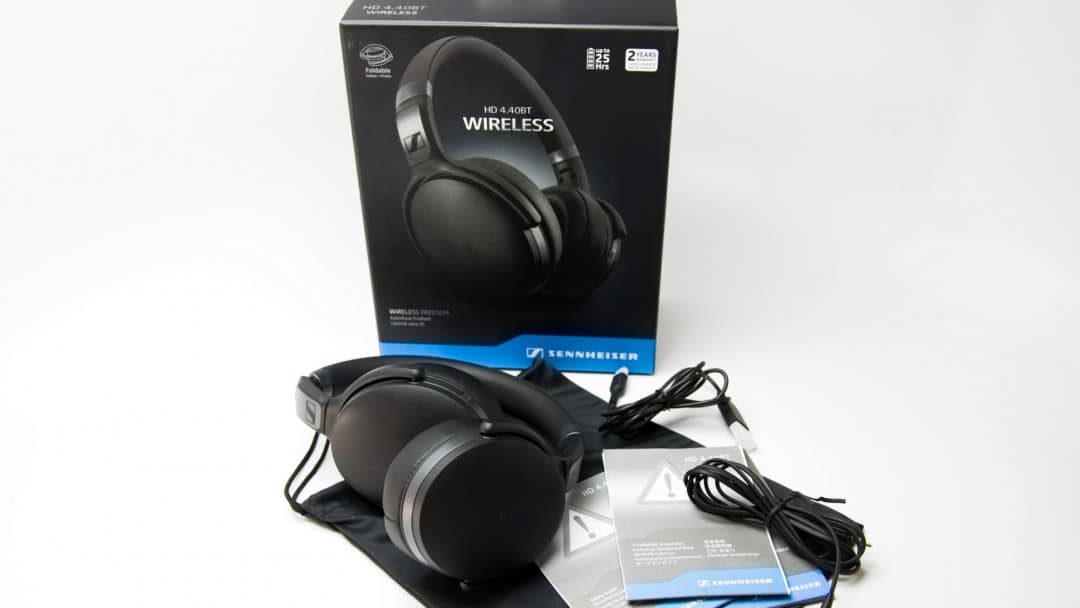 The box itself is nice looking with a photo of the headphones on the front, easy to read information all around it, and a Sennheiser sticker on the side that has a QR code for verifying the authenticity of the headphones. I opened the box from the bottom as that’s where the tab is located. Inside you will find three little booklets, an aux cable, Micro USB cable for charging, a cloth carry bag and the headphones encased in a snap-together plastic housing of sorts. The plastic housing is rather a cheap way to ship them as they help keep the headphones from being damaged if the box is beaten up. I don’t really care to see this plastic as it seems like a lot of waste. I believe Sennheiser should have used a semi-hardshell travel case instead of the plastic that gets tossed after opening. That would have also been better than the cloth carry bag and it would have kept the headphones safe while shipping. 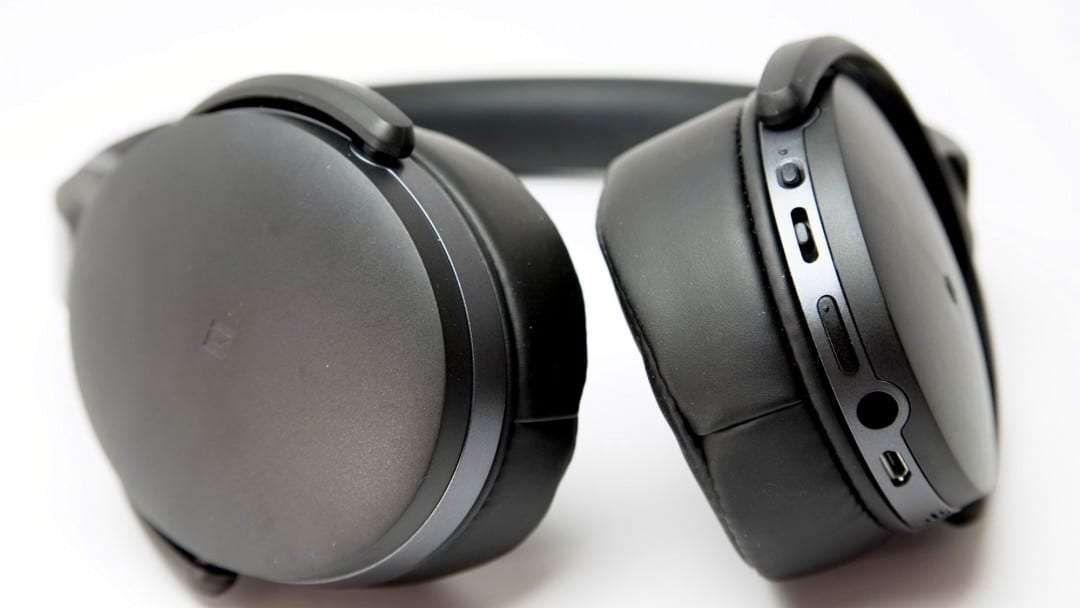 After getting everything unpacked, I used the included Micro USB cable to charge my headphones up fully. You will see the light is red while charging but will turn blue before turning off altogether when the battery is fully charged. Before I even started listening to music, I noticed right away how profoundly light the headphones are. I had another set of over-ear headphones on my desk that I thought were lightweight until I picked up the 4.40BT headphones.

I unfolded the headphones and skipped downloading the Captune iOS app as I wanted to pair them with my MacBook Pro for my first usage of them. The pairing process was simple. I turned on the headphones and opened up the Bluetooth preferences on my Mac. From here, I was able to select HD 4.40BT from the list of available devices to connect to. They paired quickly and my first test was to see if I would have any weird lag. With most of the other headphones I’ve used, I get some sort of lag when using them with my Mac. I think this is because I have my MacBook Pro running through a Thunderbolt dock and external monitor. Why that would cause feedback beats me but I’m happy to say that I did not get that with the Sennheisers. Because I wanted to use these with my laptop setup, I was really concerned that would be a problem. 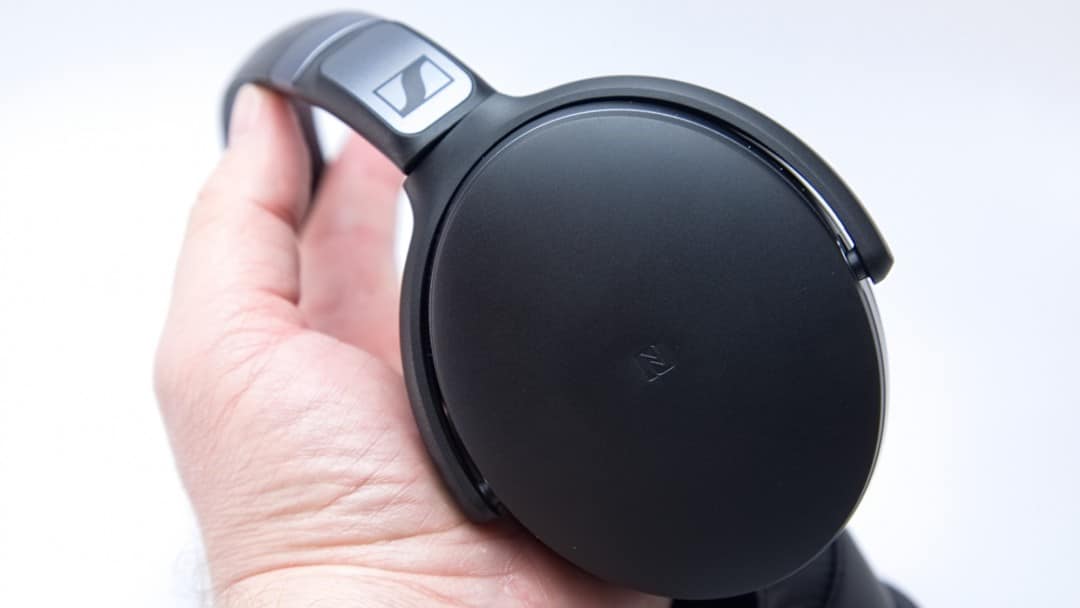 The headphones have up to a 25-hour battery but you can still use the headphones even if the battery runs low or empty. You just need to plug in the audio cable that’s included in the box. This is a wonderful option for the times I forget to charge my headphones. Now, even though I haven’t done a stress test on the battery life, I can say that I’ve had several lengthy (4-hour or more) listening sessions without having to charge them in between so I’ve been pretty happy with that. The headphones are very soft and comfortable to wear, but I do admit that after some time, my ears did get a bit warm. I love the padding on the headband and the earcups and think they are very well-made.

Getting used to the controls was rather easy since the button layout is on the right earcup. The controls are designed very user-friendly so farthest from the power button is the volume up and down toggle, next is the track forward and backward toggle, and then the almighty power button. Each toggle/button has more than one feature control. I actually really like how easy it is to increase the volume up or down. It’s a very natural feeling when you reach up tot he ear cup. Your thumb naturally rests on the volume up/down toggle. I also really like that Sennheiser made sure that control was separate from the track forward/back toggle. So many headphone manufacturers are doubling up and combining those controls and it’s sort of maddening when you mean to increase the volume on a song you really like just to have the song switch to a new track because the headphones are using shared controls. 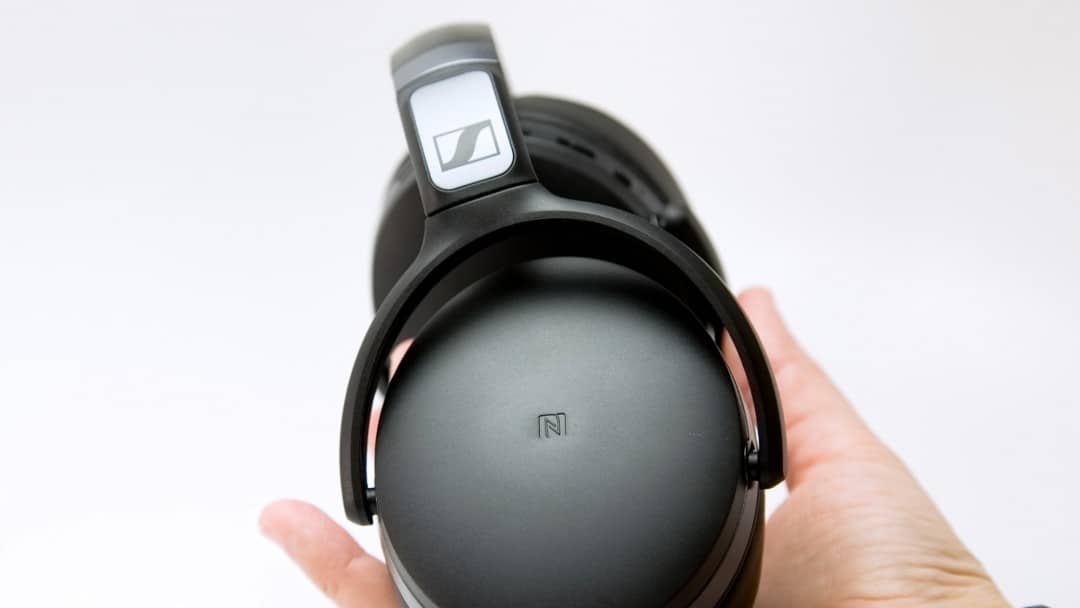 I would definitely rate the sound quality at an A+. I have some high-end hearing loss but could really appreciate the quality of the sound of these headphones over other over-ear headphones in the same category at the 4.40BTs. To help me with the hearing range testing, I asked Robyn to take a listen to them and she was also very impressed with their sound quality. She described it as being similar to having a Dolby ATMOS theater on her ears. One of the tests she did was to watch the opening credit sequence to Lord of the Rings: Fellowship of the Ring, which is rich with many different tones, vocal tracks, sound effects and of course, musical character. The balance was ideal. The low rumbling of the fire as the ‘one ring’ was being forged was unlike anything she had heard through headphones before.

To test the balance between left and right earpieces and frequency check she used two different apps to do so. Below are her results. 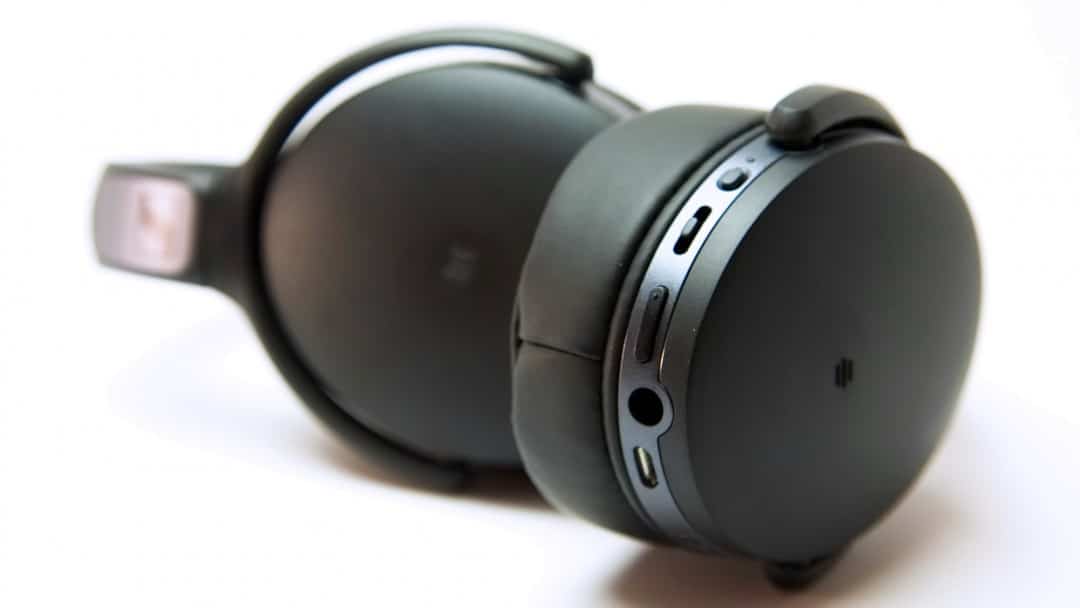 Before the HD 4.40BT, I was using a pair of audio-technica ATH-DSR7BT as my everyday desktop headphones. I would sit down at my work computer and reach for them every morning. After playing with Sennheisers HD 4.40BT I have happily replaced my previous headphones. The battery life and the purely superior sound quality I get from the Sennheisers made it a no-brainer for me. The lack of a hardshell case for storage is a bummer but since I place them on a headphone stand it’s not a deal breaker. If you like closed-back, around-ear headsets then you won’t be disappointed with these.