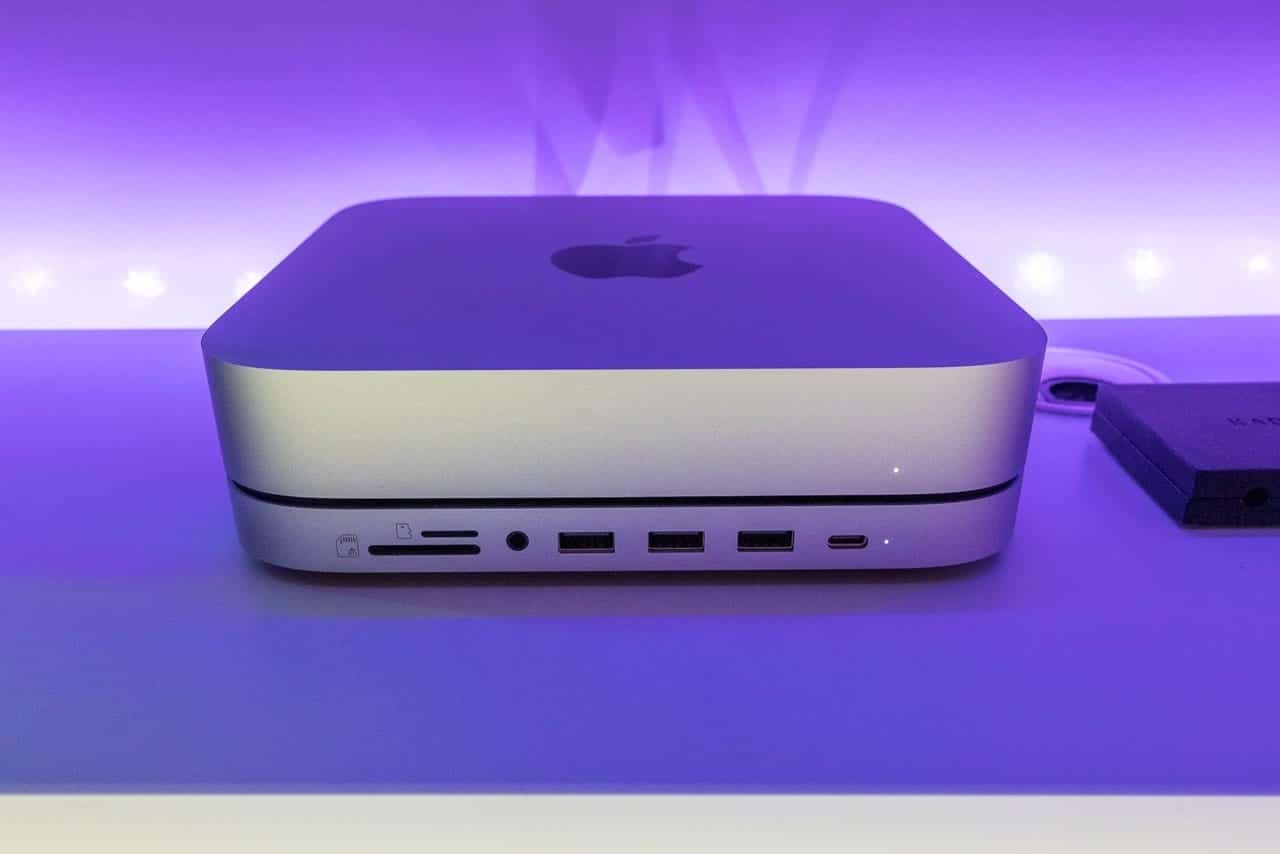 The ultimate accessory for the Mac mini.

Earlier this year, I found myself wanting to upgrade my main computer system. I was faced with a decision. Should I wait for the next iteration of the MacBook Pro, which is the computer that had been powering my workstation for years, or do I take a different direction and get an M1 Mac Mini. Based on many different benchmark tests I researched, the M1 Mac Mini was outperforming my current system which was a fully specked out 2018 MacBook Pro. I ended up deciding to swap systems for the Mac Mini. The computer is just what I wanted, but I found that one thing was missing – easy access to connectivity ports. That’s why I added on the Type-C Aluminum Stand & Hub for Mac Mini from Satechi. Not long after I installed the hub, Satechi released an upgrade to the device that included an SSD enclosure. So, naturally, I made one more swap and now my system is complete.

The Satechi Stand & Hub for Mac Mini with SSD Enclosure features the original Hub & Stand that has a USB-C data port, three USB-A data ports, micro/SD card readers, 3.5mm headphone jack port, PLUS an internal SSD enclosure. This enclosure gives Mac Mini users the option to add additional storage to their system without the need for an external hard drive. The Stand & Hub is optimized for use with the M1 Mac Mini and does not support 2018 and earlier Mac Minis. The SSD enclosure is designed to work specifically with M.2 SATA SSD drives (not M.2 NVMe SSD drives). The stand sits 0.9 inches high and weighs just under one pound. The Stand & Hub doesn’t include an SSD, but it does include a mini screwdriver and screw for easy installation.

Satechi has been a favorite of mine for many years. They make premium products and even though they typically have a premium price tag, I think they are worth every bit of the investment. As I mentioned, I also have the predecessor to this hub and when you compare the two devices, there are some very subtle differences. The model without the SSD enclosure is designed for Mac Minis 2018 and the other hub model only works with M1 Mac Minis. The stand without the SSD has two color choices – silver and space gray while the SSD version is only available in silver. Both hub models have the same amount and types of ports, but the newer model also has the added SSD enclosure.

As the specs call out, the only type of SSD that is compatible with the hub is M.2 SATA SSDs. I’m calling this out because we mistakenly placed an M.2 NVMe SSD in the slot. We got it installed and plugged the dock back into the MacMini only to discover that the SSD wasn’t readable. After closer inspection of the SSD, we discovered it was the wrong type and so we acquired the correct SSD type and installed it.

Installation of the SSD is very easy – as long as you have the right SSD. The SATA and NVMe SSDs are very similar in size and shape. The NVMe actually does fit in the slot, but it’s harder to get into place than the SATA. The compartment for the SSD is on the bottom of the hub. So, you have to flip the unit over while it’s not connected to the Mac Mini and open the door for the compartment. Then you slide the SSD into the slot at an angle so that you can pop it into place. There is a single screw hole opposite the slot, which you use to secure the SSD. The entire process only takes about 5 minutes. We did get an on-screen prompt that directed us to format the SSD, but once that was completed, the hard drive appeared on the desktop just like any other external hard drive.

I performed real-world tests on each of the ports on the hub and I wanted to use the same type of test on the SSD enclosure. I used Blackmagic Disk Speed Test to test the speed transfer rate of the SSD connection between the enclosure on the hub and the Mac Mini. The SSD ended up having a write/read speed of 355.2/345.7 MB/s. The full results of the test can be found in the screenshot below.

This Stand & Hub is a great addition to any M1 Mac Mini setup. Its design and style fit perfectly with the Mac Mini and the ports that are included supplement what is already on the computer itself. The installation of the Mac mini on the hub is as easy as plugging in a cable. I would recommend taking a step up and investing in the hub with the SSD enclosure because it provides users with expanded storage that is tucked away neatly inside the hub’s case. 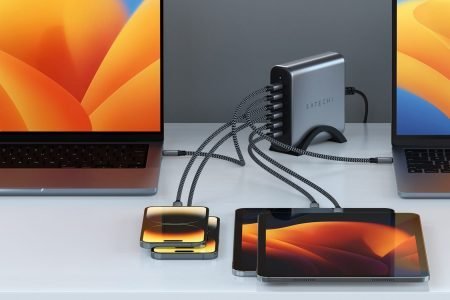 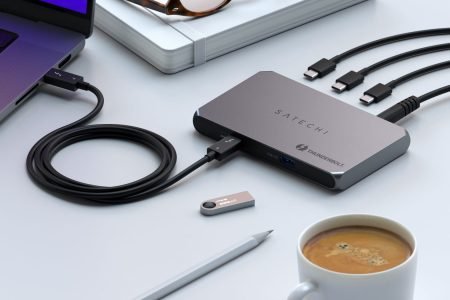