Another gadget that was gifted to me this holiday season was the PlugBug by Twelve South.

The Plug Bug is a handy little device that allows you to charge a USB powered device from the wall outlet at the same time you are charging your MacBook. It’s an adapter that attaches to the MacBook model’s power brick. It locks into place where the power brick plug into the wall.

The PlugBug provides a 10-watt charge that gives the fastest possible charge for an iPhone or iPad. In places where wall outlets are at a premium – airports, offices, etc. – the PlugBug is a must have for Apple owners. It gives you an extra outlet when there are none. The nice thing about the PlugBug is that it does stand alone from a MacBook power brick. It has its own USB option for using it solo.

I really enjoy having this nifty little gadget because sometimes, there are just not enough outlets. I actually first used it as just a plug for a USB device and not actually as the adapter. It’s a great addition to my laptop bag.

The PlugBug retails for $34.99 and can be ordered directly from Twelve South. 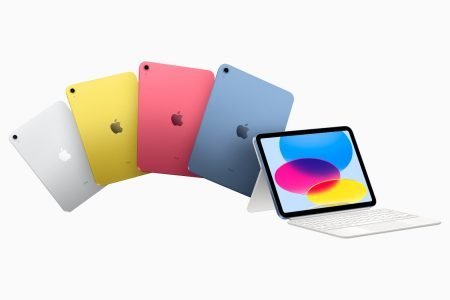