I am a Netflix junky. I was an early adopter of the service and have been a loyal customer since 2008. I originally became a subscriber to the movie-by-mail service when I was on a mission to watch hard-to-find movies. Once Netflix began releasing the on-demand tv shows, I cancelled my cable for the MUCH lower cost Instant Viewing service. In fact, my movie store rental days have gone by the wayside as I decided that I could either wait for the movie to be delivered to me, or watch something already available through the instant service. Enter Redbox.

Redbox is a kiosk-based company specializing in the rentals of movies and beginning this week, video games. Redbox takes the concept of a vending machine one more step with low-cost rentals that make most video rental stores hang their heads in shame. Redbox kiosks offer movies in both DVD and Blu-ray formats and video games in Wii, Xbox 360 and Playstation 3 formats. For one night, a customer can rent a movie on DVD for $1, Blu-ray for $1.50 and video games for $2.

When I first encountered Redbox, I didn’t give it a second look. I thought that video rental vending didn’t make sense when there was Netflix available. One evening, I was spending time with one of my friends and we rented a video from MovieCube, one of Redbox’s competitors. That specific kiosk has sense been replaced by a Redbox, but the point is that the service suddenly made sense to me. Since the movie was only $1, it made sense for the instant gratification of getting a newer release that Netflix did not yet have.

I still didn’t become an adopter of the video vending service until one night when I was visiting a local video rental store with a friend. We were in search of Paranormal Activity 2 as it had just been released.  With it being a weekend, the video store was sold out of the movie on Blu-ray. It was the only movie we had agreed on and I remembered that we were close to two Redbox kiosks. Standing in the store, I pulled out my iPhone and downloaded the Redbox app. I was able to search for the movie, find that it was in a Redbox near us, AND I was able to rent it directly from the app. Pre-renting it from the app (this can also be done from the Redbox website) allows you to skip several steps when you go to the kiosk to pick up your movie. All you do is swipe the credit card you have on file with your Redbox account at the kiosk and you receive your movie. It saves a lot of time at the kiosk.

The app utilizes the phone’s built-in GPS function and locates all Redbox kiosks near your location. It also allows users to search by movie or by location. Users can either look up a movie and find which Redbox location it is in, or pick a location close by and see what movies are available. As previously mentioned, the app allows users to rent media from within the app. The only function that is lacking, in my opinion, is the ability to look up past rentals. This is a minor set back for the app, but it’s the only thing I wish it had that it does not.

In my opinion, this app makes so much sense for anyone who rents movies on a regular basis. For instances when you are at the grocery store and decide to rent something on the way home, you can find the movie you want, at the location you want prior to arriving there.

One more interesting fact, the President of Redbox, Mitch Lowe, was a co-founder of Netflix. I found this interesting because of my devotion to Netflix.

The Redbox app is available for iPhone and Android phones. 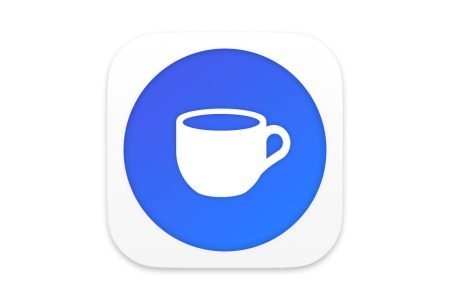