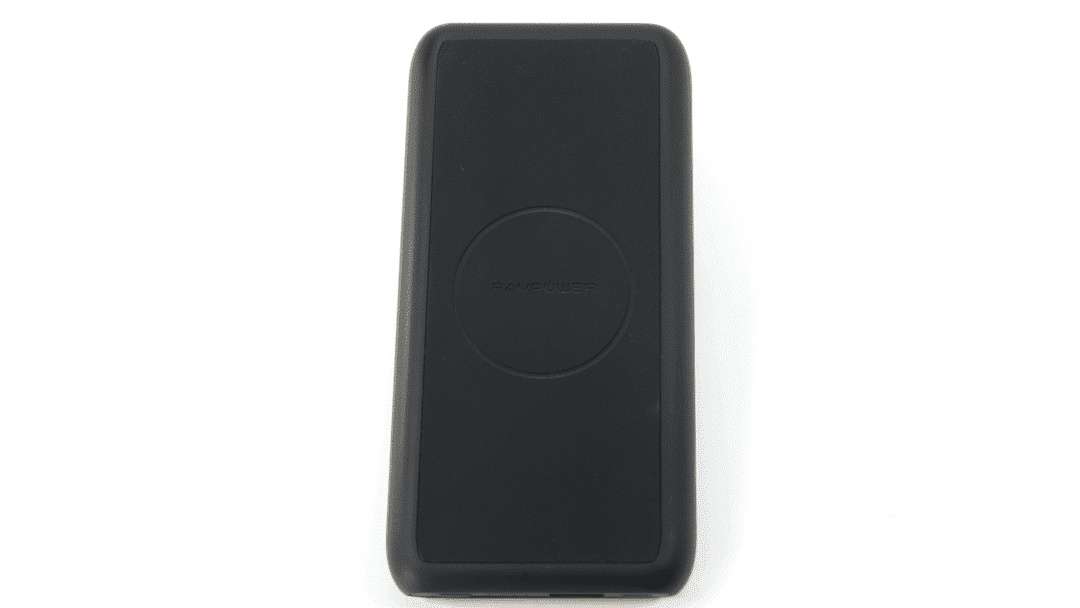 Wireless charging has been around for some time now but not until the release of the iPhone 8 and iPhone X has it seen popularity like it’s getting now. I have tried many wireless chargers since getting my iPhone X and most of the inexpensive ones get super hot and don’t seem to charge at a decent rate. So when I was presented with a portable battery that is also a wireless charger, I was sort of on the edge about if it would be able to power my iPhone X up without overheating. One thing I found in the past few months is that some of the product designers have been creating much better wireless chargers that are dispersing the heat much better than they used to but could that be true for a battery that is a wireless charger? One of my favorite portable power companies to work with is RAVPower and I’m happy to report that they have been able to do just that — release a wireless portable charger that doesn’t overheat. 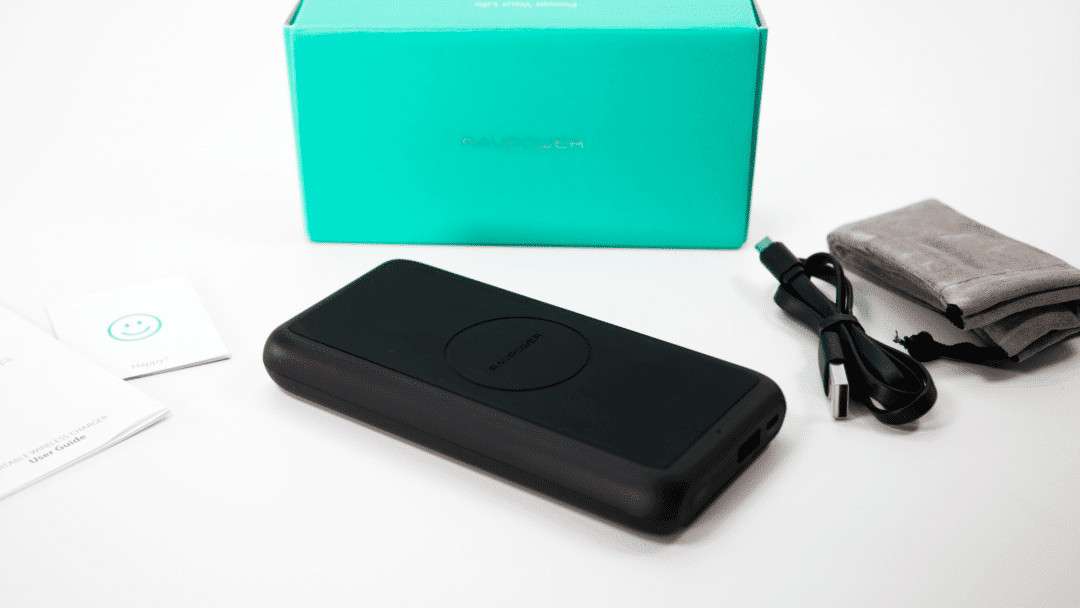 The 10000mAh 5W Wireless Portable Charger from RAVPower is a large capacity power bank that has a built-in conductive charging pad on one side of the device. It supports simultaneous charging from the wireless charger and the USB port. The wireless charger is compatible with Qi-enabled devices and will charge iPhone X/8/8 Plus. The wireless charging capabilities are temporarily suspended if the battery has 25% or less charge. You have the option to charge your devices quickly by using a 2.4A charge the portable charger. The USB port utilizes iSmart 2.0 technology and will detect the charging needs of the connected device and automatically adjust the output as needed. The 10000mAh 5W Wireless Portable Charger ships with a 2-foot Micro USB cable and user guide. 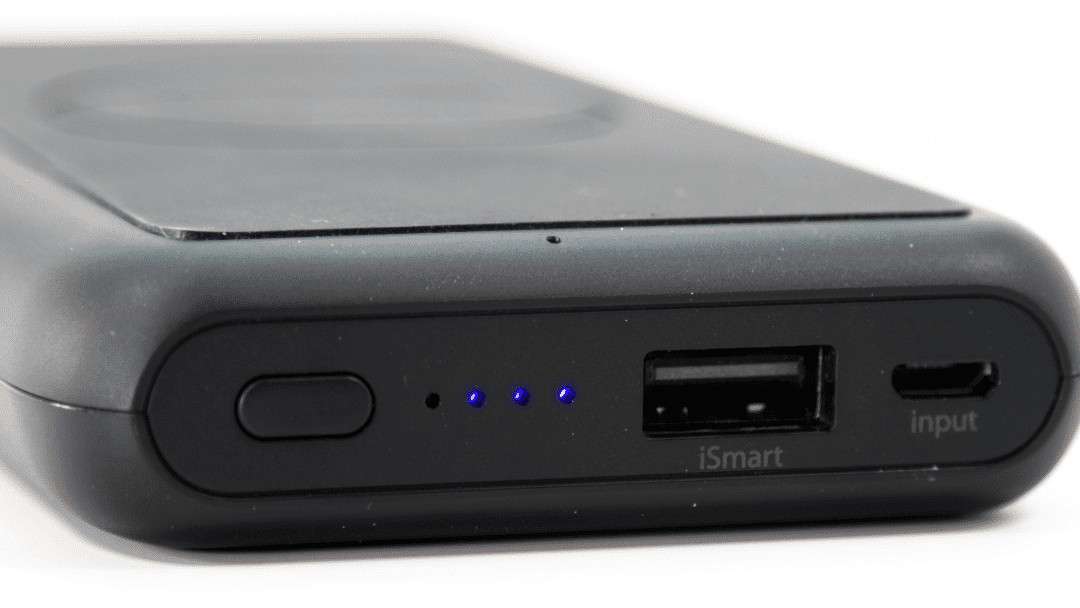 I sort of fell in love with this battery when I took it out of the box. At first glance, it looks a lot like other standard black power banks do. Its size is almost exactly the same size as the iPhone X (except for the thickness) and it’s black. The RAVPower logo can be found in the center of the wireless charging pad. The portable charger has two different set of LED indicator lights. The first is a single green light that illuminates when a device is charging wirelessly and then a set of four blue LEDs that shows how much charge is left on the power bank. As nicely styled as this battery is, I was most impressed with how the power bank did not heat up while charging wirelessly. I charged my iPhone X several different times while I was testing this unit and it never got hot. 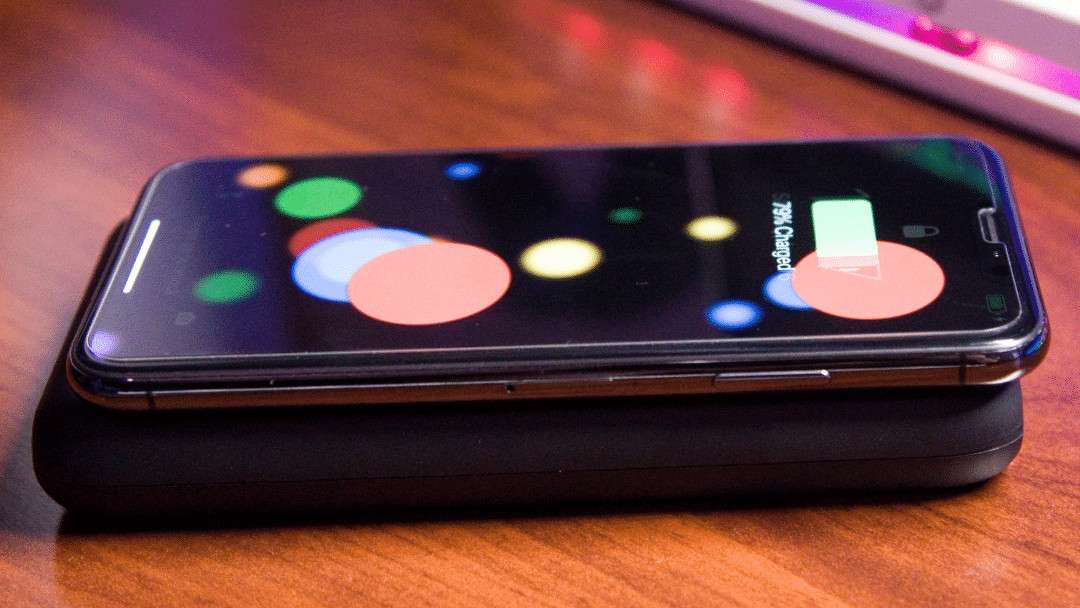 Aside from the Wireless Portable charger wowing me by not overheating, I also found it to be a very efficient charging machine. I ran a series of testing and noted the results in the chart below. Over a the noted charging period (a little over three hours), the battery gained 65% while connected wirelessly. This is a 0.35% gain per minute. While most wired connections provide a faster charge than this, I was very pleased with these testing results.

The Wireless Portable Charger is not only a large capacity battery it is also lightweight and can fully charge my iPhone X a few times (approximately 3.4 times) without showing signs of getting hot. I’ve been very happy with this battery’s performance and am excited to continue using it on a daily basis.

RAVPower is hosting a special discount for the MacSources audience. For a limited time, use coupon code MACRAV081 at check out on Amazon and get the Portable Wireless Charger for $29.99 ($35.99 regular price)! This deal is good through 07/05/2018 11:59 PM PDT.