The Raspberry Pi Model B board

You have probably heard snippets and sound bites about this Raspberry Pi thing, but are still unclear as to exactly what it is, what it’s for, and more importantly, who it’s for. So I thought it appropriate on this Pi Day (get it? 3/14) to take a look at one of the more important Pi’s today: the Raspberry Pi.

The Raspberry Pi is an ARM GBU/Linux-based computer starting at $25. What does that mean? It’s a tiny credit card-sized computer, running a Linux-based operating system (usually Raspian, but can load others) on a microprocessor similar to ones used in smartphones and tablets today. The Pi currently comes in two models: Model A is $25 and features 256MB of ram; while the Model B is $35 and features 512MB of ram, and an ethernet port. Both models have two USB 2.0 ports, an HDMI port, a micro USB for power, an audio jack, and an RCA video port. Neither include WiFi, power adapter, keyboard, mouse, or even a case out of the box; its just the board.

And that’s where the fun starts. Because the Pi does not come with anything but the board, it means it doesn’t come with any preconceived notions of what it should be for. This is why hackers and MAKErs love it. The Pi can use almost any USB WiFi adapter, micro USB cellphone charger for power, and any TV or display for video. Another reason geeks love it: both models feature 16 GPIO headers; which means the ability to program and output electronic behaviors. Which means robots.

What is it for?

The list of things the Raspberry Pi can be used for is literally as long and vast as the imagination. The list of what it should be used for, or perhaps its original intended use, is much shorter. The Raspberry Pi was born out of the need to change the way kids were interacting with computers.

“A number of problems were identified: the colonisation of the ICT curriculum with lessons on using Word and Excel, or writing webpages; the end of the dot-com boom; and the rise of the home PC and games console to replace the Amigas, BBC Micros, Spectrum ZX and Commodore 64 machines that people of an earlier generation learned to program on.” –The Raspberry Pi Foundation

The Pi was built to provide teachers and parents a low-cost alternative for kids to learn how to program, or even electrical engineering, and hopefully raise the number of students going into Computer Science-related majors.  The Pi Foundation fully encourages cloning, reproducing, and even competing with the Pi; to be a catalyst for a wave of cheap, accessible and programmable computers everywhere.

To date, we have seen a wide range of amazing and inspiring projects using the Pi. Everything from Home Automation to Robots to Feeding the Cat.

Who is it for?

The Raspberry Pi is essentially for anyone; with massive support from the educational community, MAKE magazine, hospitals, museums, even developing countries that cannot afford or power a tradition desktop PC. From kids to adults, professional developers to amateur tinkerers, the Pi is accessible and adaptable enough to fit almost any hobby and skill level.

Manufacturing partner Premier Farnell (Element14) has been quoted as saying that Middle Eastern countries are interested in providing a board to every schoolgirl. Oxford, Cambridge and RSA Examinations provide curriculum resources for teachers who would like to teach around the Pi. Regular Raspberry Jam events are held in the UK, where kids as young as 13 are giving keynotes on the Pi, and fanzines like The MagPi provide the community a platform.

All in all, the Pi is a great learning tool. Since its cheap, the barrier to entry is much lower, and as Linus Torvalds put it “[you can] afford failure”. Whether you’re an experienced electrical engineer trying to prototype out a new idea, a young kid just learning how to program, or even just someone who wants to get started with Linux, the Pi can help! The Pi’s native OS – Raspian – comes with Python and Scratch installed, essentially covering the spectrum.

If you are anything like me, you are probably halfway to your nearest Radio Shack or Frys by now. But hang on, the Pi itself can only be purchased from couple of resellers, and usually in the UK. If you are in the US, ship times vary widely, so let me give you some advice: look on Ebay for a seller in the US, that has the board on hand. So here are some great resources to get you started, and remember: have fun! 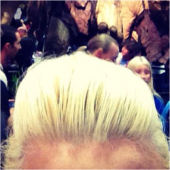