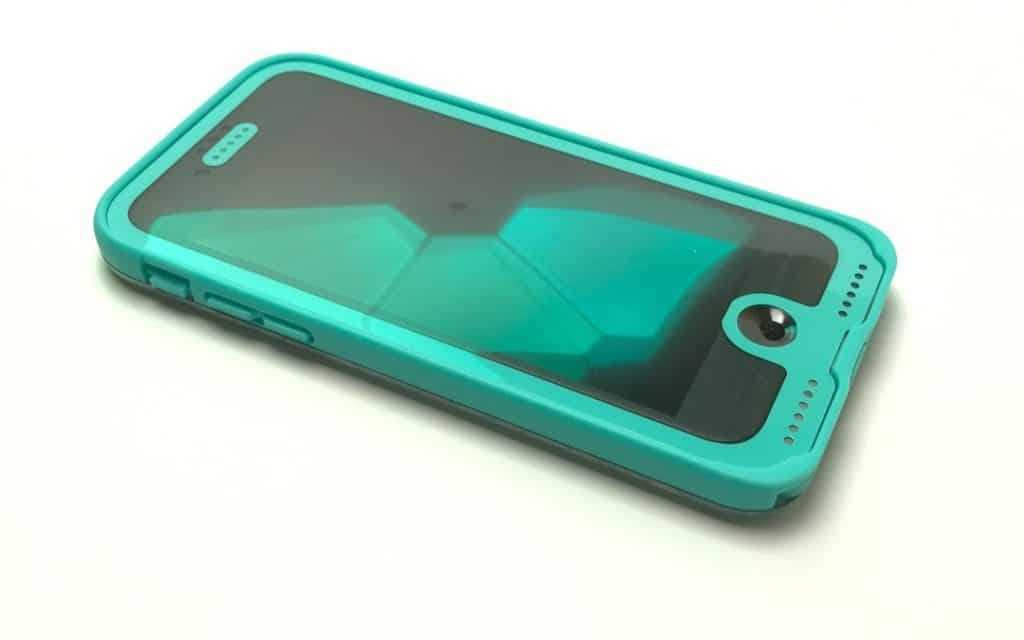 Marine for iPhone 7 provides total protection from the elements.

My adventure with Pelican began long ago when I worked in video production. At one point in time, the company I worked for had to ship a bunch of production gear across the country — an entire editing suite — and we trusted Pelican cases to get the job done right. The investment was considerable, but we knew that Pelican cases were built tough and they would keep our expensive, professional gear safe. Since my relationship with Pelican was based on that experience, I never thought to look to them for iPhone protection. Perhaps it should have been since Pelican has been the ‘go to’ for protection for divers, firefighters, police, and military since 1976. When I decided to take the leap into a ‘total protection solution’ for my iPhoen 7, I took a look at the Pelican Marine case by Pelican.

While I am adamant about keeping a case on my phone at all times, I’ve never been a rugged case type of girl. I definitely appreciate them for the physically active and dangerous profession people. Personally, I’ve just found them to be overly bulky and for most cases, unnecessary. When I unboxed the Marine case, my opinion of total protection cases swiftly changed. This case is slim and stylish. You can get the Marine in three different colors – clear, black, or teal. I have the teal version, which looks really nice with my matte black iPhone 7. The Marine offers five layers of defense against the elements. It’s made from impact absorbing materials and is tested against MIL-STD 810G – military drop-test standards. The case is rated IP68 — 100% waterproof protection. You can completely submerge this case and rest assured that your phone is safe and dry on the inside. This rating also certifies that the case will provide additional protection from dirt, snow, and dust. 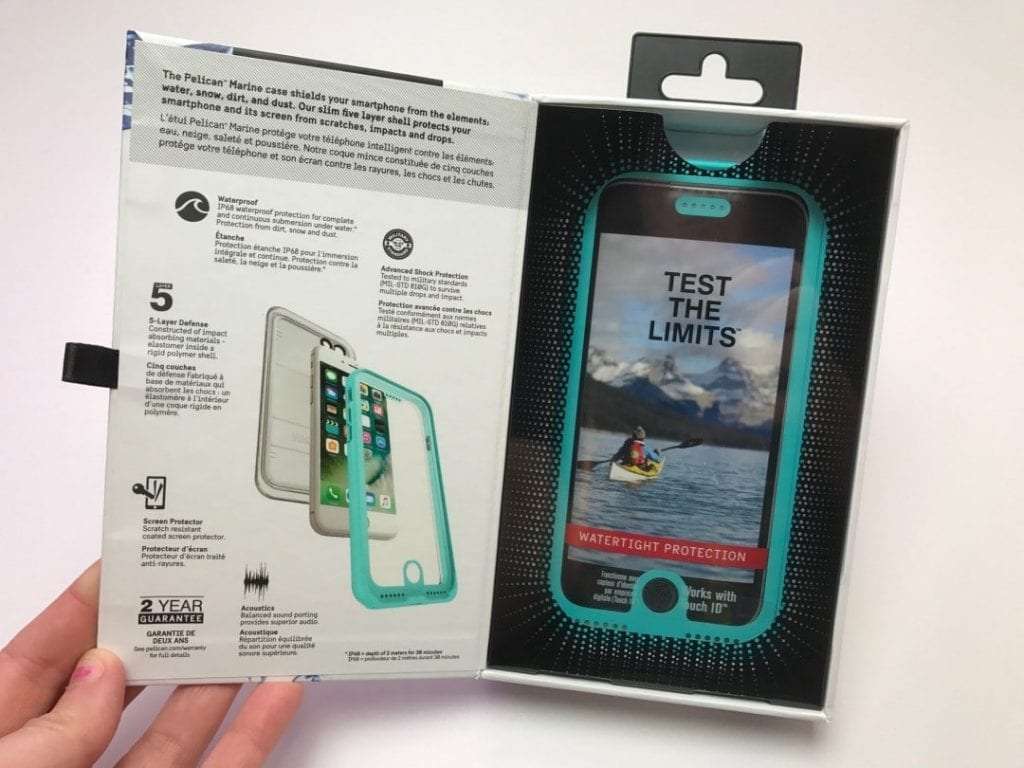 Now that we have the particulars out of the way, let’s talk about my testing experience.

First off, if you’ve ever delved into the world of waterproof cases, you will know that it’s encouraged for you to test the waterproof seal prior to installing your phone in the case. While I’ve tested ‘waterproof’ cases in the past, I can’t say that I’ve ever actually done the seal test. In this instance, it was suggested that I place a piece of tissue inside the case and close it up. Then, I was to completely submerge the case underwater for a period of 30 minutes. I did this test in my kitchen sink. After 30 minutes, I pulled the phone out from under the coffee cup that was keeping it submerged and found that while there were drops of water rolling off the outside of the case, the tissue on the inside was bone dry. I found this to be quite impressive and moved to the next step of the process — installation. 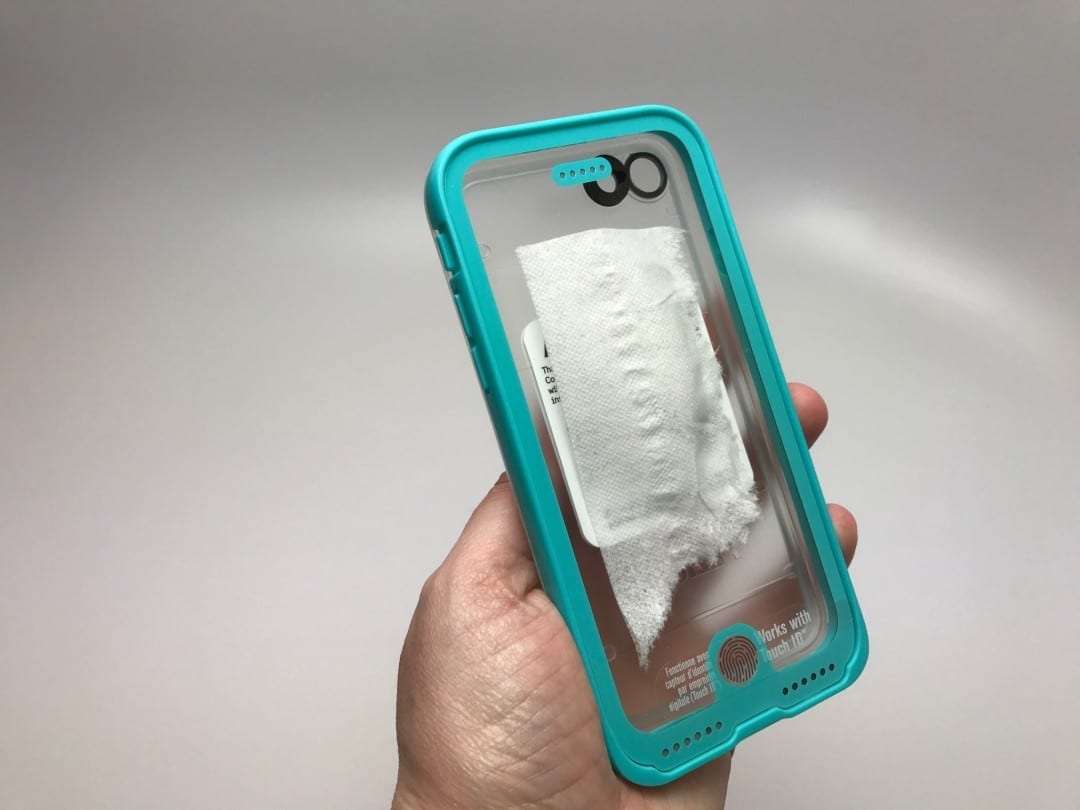 Installing my phone into the Marine case was actually pretty easy. You place your phone face-down on the screen covering. Then you snap the back down around it. It will be a tight fit. I actually have a glass screen protector on my phone right now. Even though it’s very thin, I wanted to point out that I could still fit my phone in the case with a screen protector on it. The trick with the Marine case — as it is with any total protection case — is getting your phone free of dirt, lint, and hairs before you finish the installation. Pelican includes an installation kit with a microfiber cloth, but unfortunately, that’s not enough. I wiped my phone and the case down throughout and somehow I still ended up with a couple of hairs and pieces of lint inside the case when I snapped it together.

There is nothing more frustrating that knowing you have to open up a rugged case just because of dirt. Fortunately, Pelican designed this case with an easy pull apart option on the bottom left-hand corner of the case. You simply insert a coin and pry the two sides of the case apart. During my testing, I did have to do this a couple of times and I began to wonder if the integrity of the waterproof seal would be compromised the more you take the case apart. While I don’t have a definitive answer for that query, it’s something to take into consideration. You don’t want to be reckless about disassembling the case and I would think as long as you are careful, the case should remain intact. Pelican does offer a 2-year warranty on the case and you can always repeat the initial water test if you suspect the seal is failing. 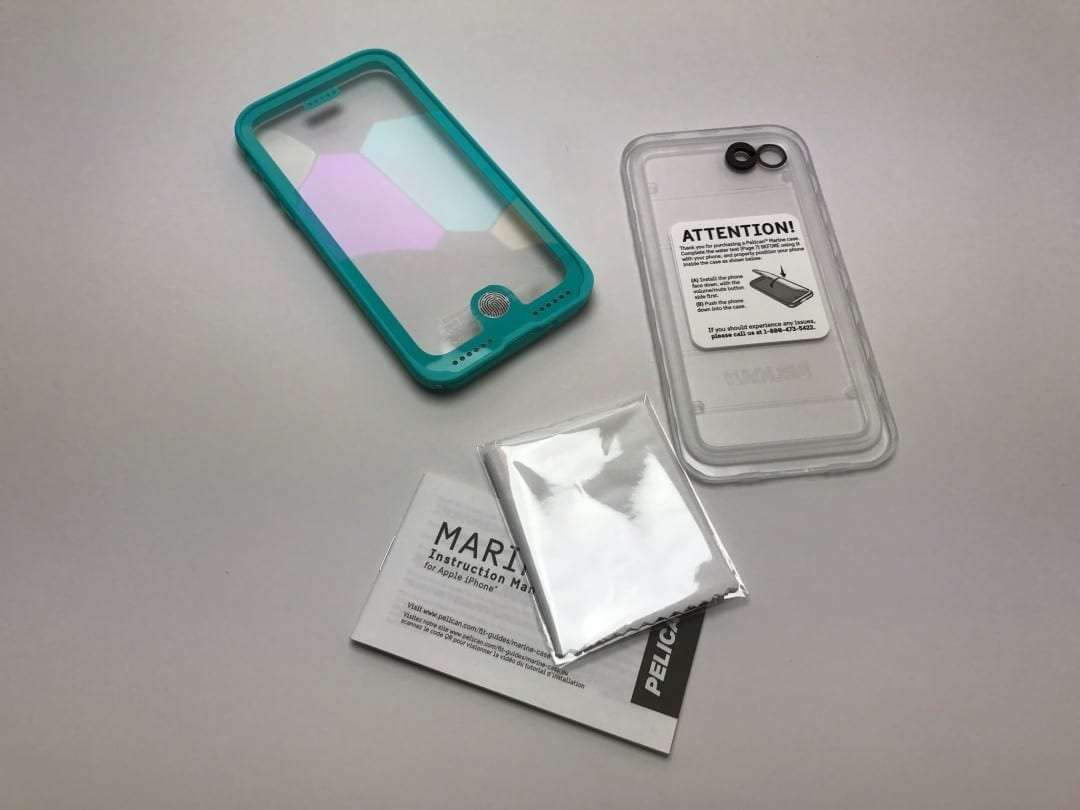 A couple other observations I had while testing includes the following: 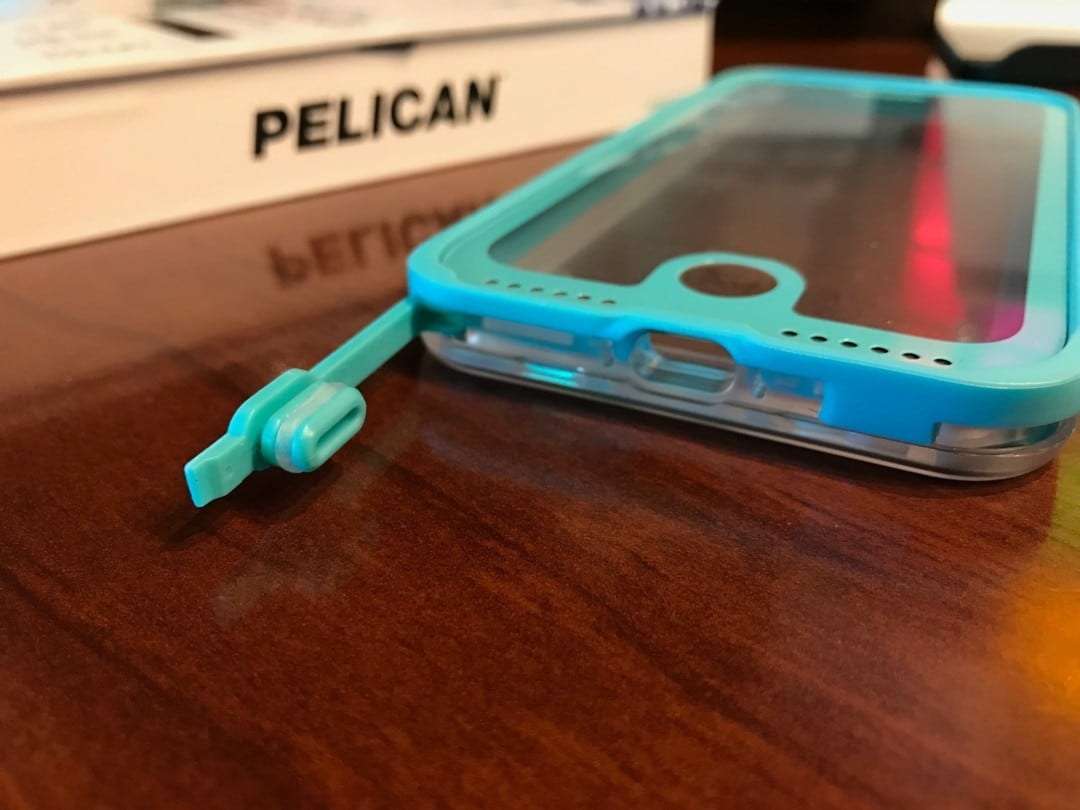 I am really glad that I gave the Pelican Marine case for iPhone 7 a try. Even though I still don’t want a total protection case for everyday use, I love having this case as an option for more adventurous outings. I feel secure that my phone will stay dry (I took it into the shower once while it was in the case) and damage-free if it falls to the ground (I did drop my phone a couple of times — accidentally — during testing). This is a very strong choice for total protection of the iPhone 7.
BUY FROM AMAZON