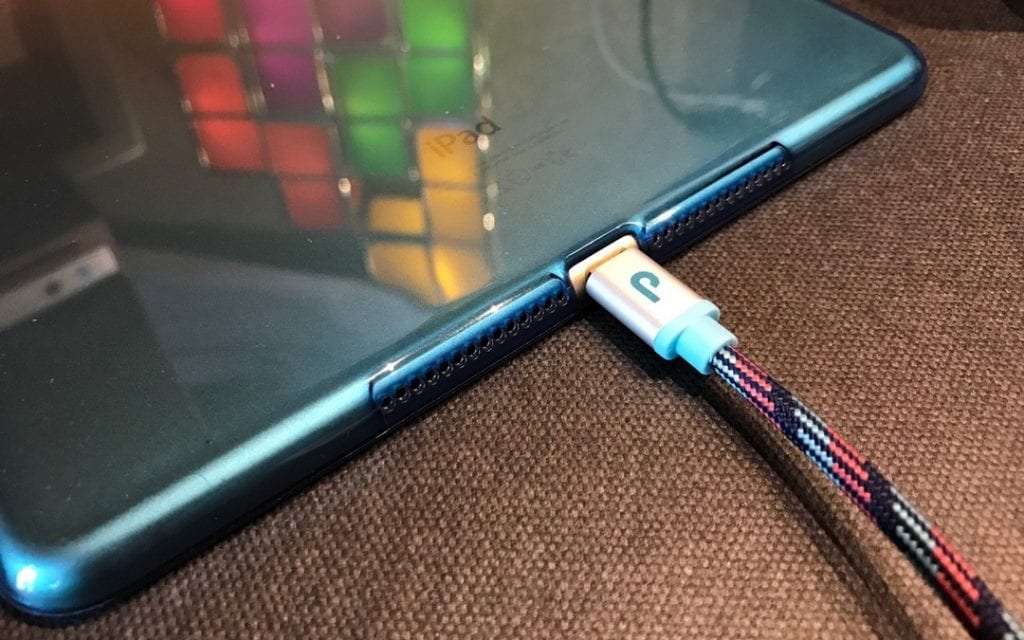 Paracable makes a cable so strong that even a cat can’t chew through it.

When Apple released the 3rd generation of iPad with the proprietary 30-pin dock connection, we all thought we were doomed. Those cables were hard to come by in those days, but they were a necessity for powering the device. I personally found myself hoarding them just to make sure I was never without one. Fortunately, third party companies began manufacturing them and the price was brought down just in time for Apple to change the connection to a Lighting port. Again we were faced with the dreaded lost or damaged cable problem that one inevitably has with mobile devices. Even though it doesn’t help when you lose a cable, Paracable has come up with a rather ingenious way of protecting the Lightning cable — add paracord. 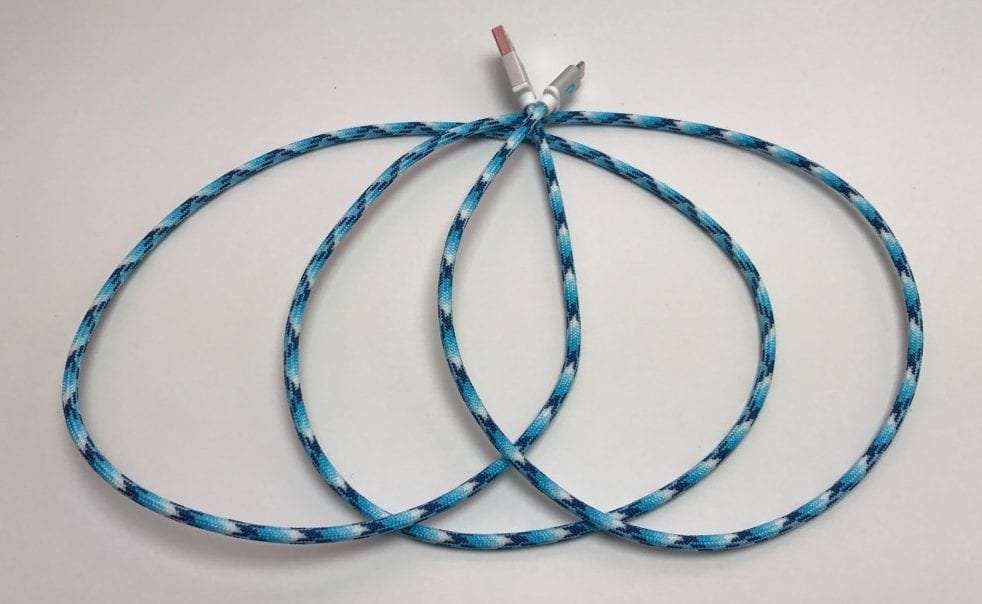 Paracord is an abbreviated way of saying ‘parachute cord’. It’s widely been used in the military for the suspension of parachutes and is made of lightweight nylon kern mantle rope. Paracord has a yarn core that consists of several yarns that is in turn made from two or three smaller nylon fibers twisted together. Most paracord is rated as “550 paracord” which indicates that it has a breaking strength of 550 pounds. It was this base material that caught the attention of Paracable founders Travis Beck and David Fisher when they were seeking to make a better, stronger Lightning cable. The start of their cable construction story began when Beck’s family cat started destroying his Lightning cables. Each time he and his wife would replace the tattered cables, the cat would promptly chew them to bits again. Beck contacted his friend and now co-founder of Paracables, David Fisher, and the pair made the first Paracable. 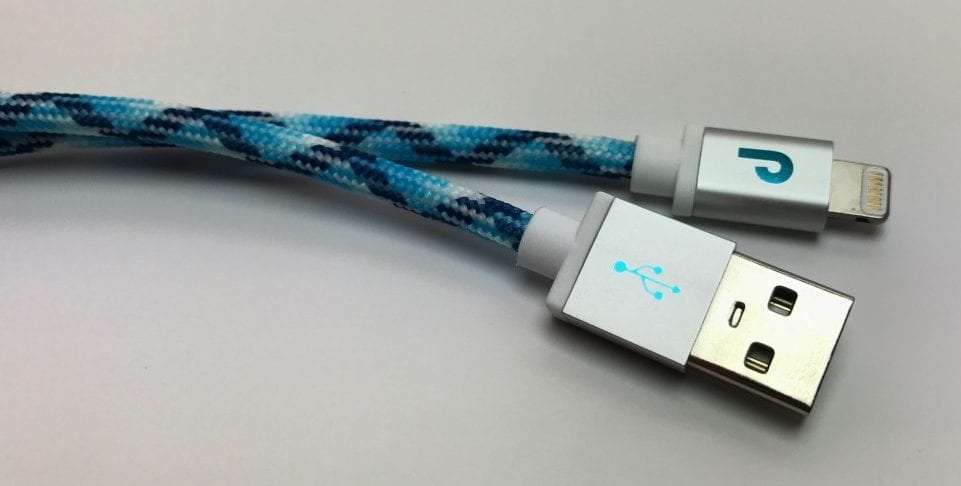 Paracable is the original paracord wrapped cable. I’ve tried many styles of braided cables in the past few years and while I love them I have to admit that the Paracable version is the best I’ve used. Paracable offers charging and syncing cables as Lighting or Micro USB. I had the Lightning versions to test. The cable is 5 feet in length, which might be too long for some, but for my uses, I rather liked the longer option. The ends are reinforced with aluminum and are slightly larger than the Apple Lightning cable. This is an important note since some docks will not accept larger Lightning adapters. 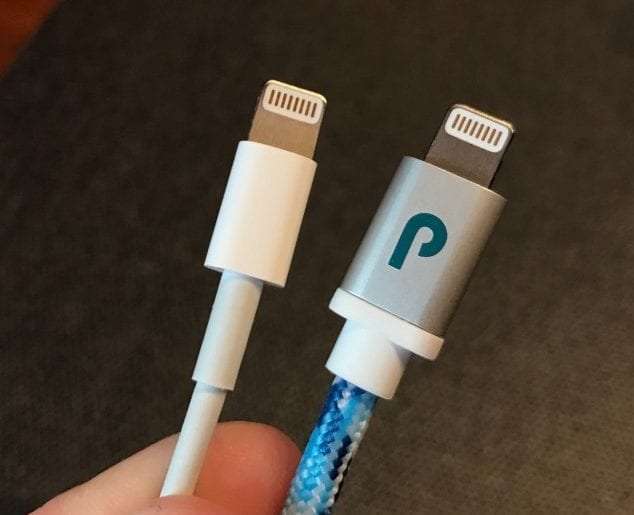 Lightning Paracables are MFi certified by Apple. This means that they are made with the exact same components used in Apple’s own cables. When a product is MFi certified it goes through rigorous quality control testing to meet the highest standards and ensure maximum compatibility and longevity. The Paracables are wrapped in a 32-strand paracord and also sheathed in aluminum. They are built to withstand everything from regular usage to a cat’s teeth. The cable provides a fast charge — up to 2.0+ amps of available charging capacity. 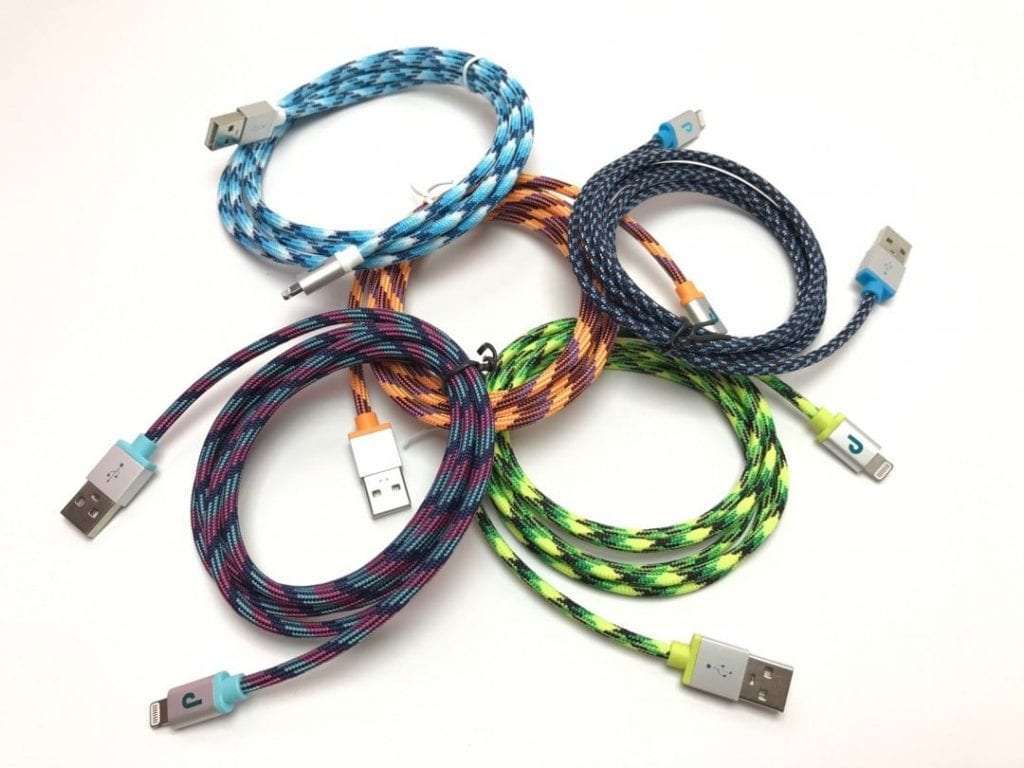 In my use of the Paracable, I’ve been very impressed. It’s strong, doesn’t tangle, it gets my devices charged quickly and efficiently. Aside from the strength, quality of the build, and steady charging capabilities, the Paracable is also very stylish. There are five different styles – Matrix, 1.21 Giggawatts, Continuum, Gecko, and my favorite, Glacier. The styles are not only eye-catching but also fun and unique (1.21 Giggawatts being a reference to Back to the Future). 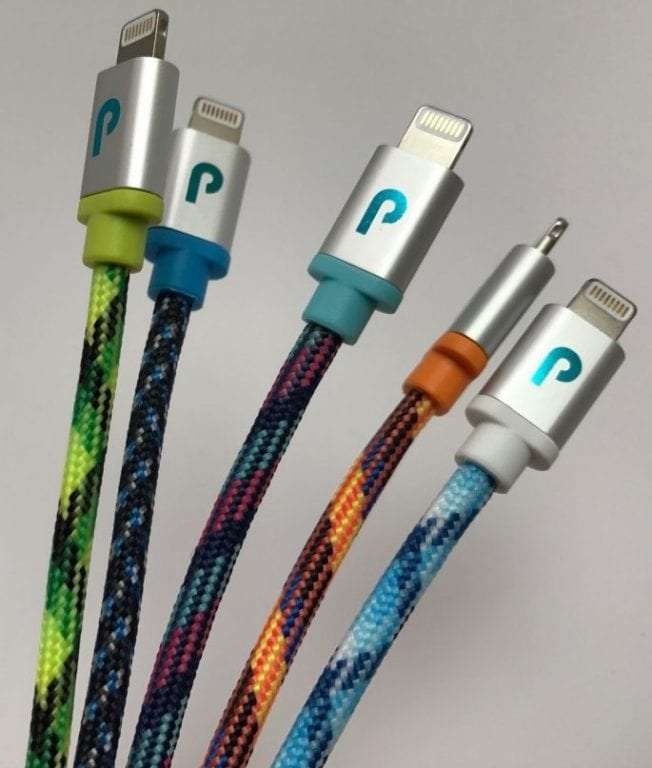 I am a big fan of the Paracables and hope to see more versions of it in the future. I’d love to have a Paracable in a shorter length or even something that is built to be retractable. It’s a great cable.
BUY FROM AMAZON