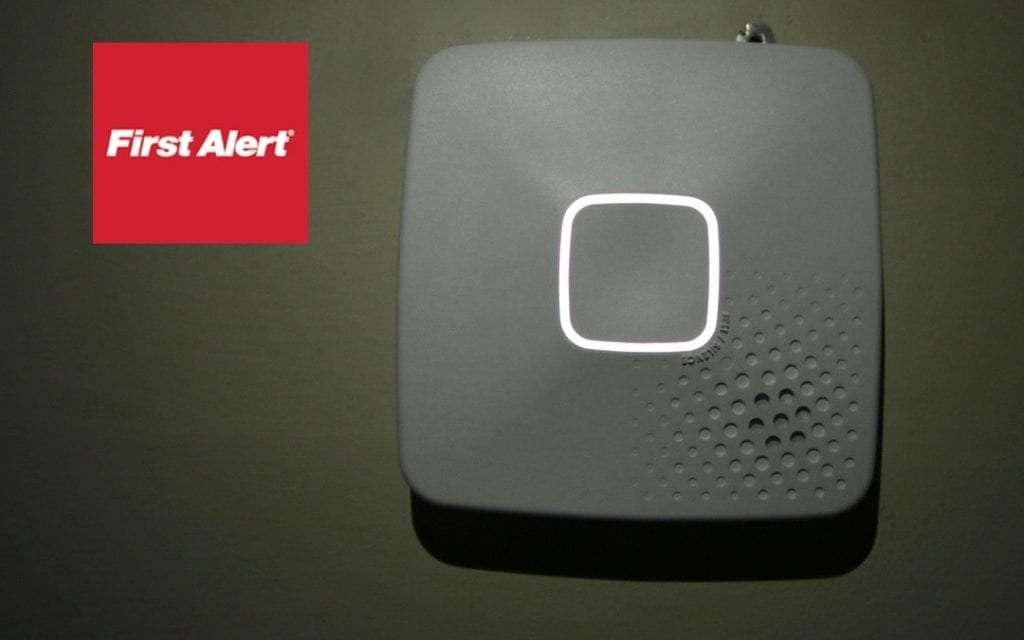 Onelink alarm by First Alert works to bring you peace of mind that your home is safe.

Home security is something I strongly believe in. Not only from a wood-be burglar but also from harmful air pollutants like Carbon Monoxide and smoke. According to a 2014 study published by the CDC, there are an estimated 430 deaths per year from Carbon Monoxide (CO) poisoning. Safety from these harmful elements is something many households take for granted. That said, people are starting to take notice of how many problems poor protection and detection can cause. In fact, our local Red Cross offers free smoke detector installation to homes in our area.

For years, our home had a standard, battery-operated smoke detector in the hallway. It did its job and beeped whenever we would burn something on the stove, but there were times when the battery would be going bad and the alarm would just ping at random times. This was more of an annoyance than a reminder and more often than not, it gets ignored. So, I began researching new detectors — smart alarms that work with HomeKit were at the top of my list.

I’ve found in my research that many people think just because they have a detector of some kind that they are well-protected. That’s not necessarily the case. As I mentioned above, people forget to change the battery when it’s needed and when no one is around to hear the smoke detector in ‘dumb’ alarms, you can’t do anything about impending danger in the home. Thanks to First Alert, a respectable safety company that has been in business for over 50 years, we are covered with the Onelink Wi-Fi Smoke and Carbon Monoxide Alarm.

When the Onelink arrived, I was surprised at how simple its design is. It looks like a plain old smoke detector. But, with so many things, it’s what is on the inside that counts. First Alert refers to this devices as an alarm and not just a smoke detector. I would suppose that it’s called that because it notifies you about what is going on in your home no matter where you are. If you are home, you can hear the alarm call out, “There is smoke detected in the hallway.” If you are running errands, you will get notifications sent to your phone that CO levels are above where they should be. You also have the ability to silence an alarm while you are away from home. If something does happen the app will send you a notification letting you know to call the fire department or if at home to get the heck out. 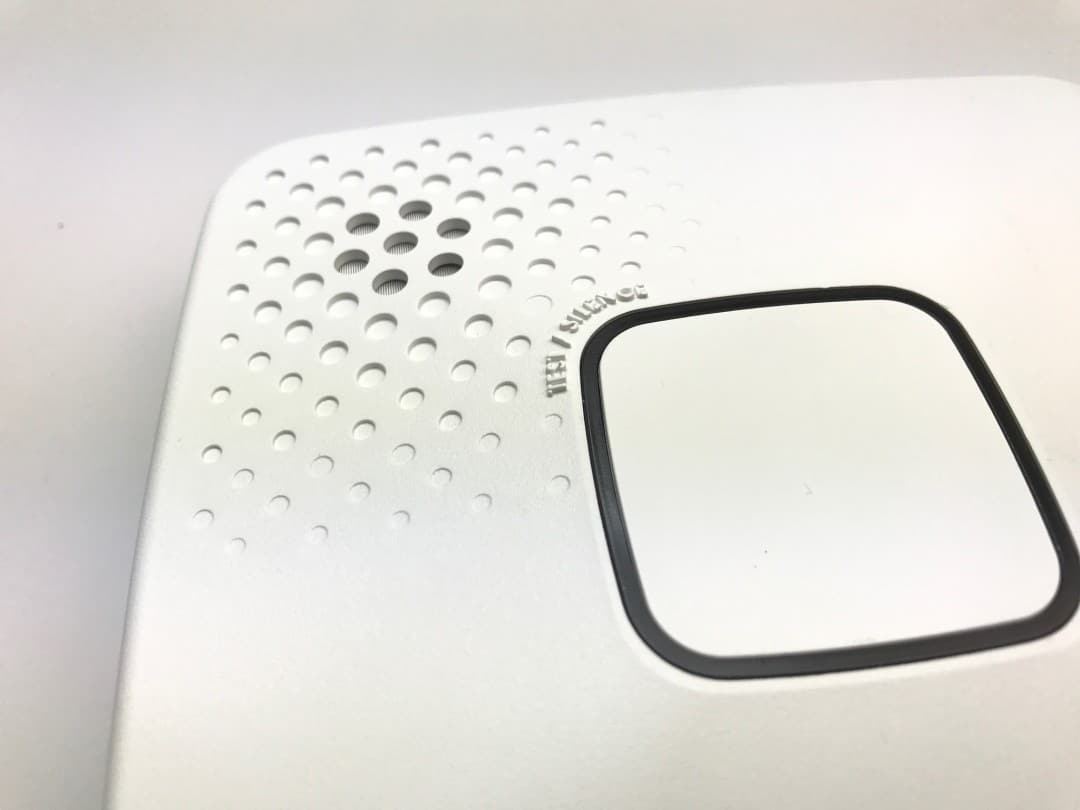 Now, you might think, “Why would I want to do that?” Let’s say you are away from the house, but you know that your teenage daughter is home and planned on working on a science project after school. So, you get a notification that there is smoke detected in the kitchen. You quickly pull up your WiFi camera or otherwise communicate with your daughter, and she assures you that everything is under control. So, you tell the Onelink app to silence the alarm because there is no danger. It’s quite a nice feature to have in your pocket.

Now that you know the basics of the Onelink Smoke and Carbon Monoxide alarm, let’s take a look at some of the most popular features. First, as the name states, the device connects to your home through WiFi and Bluetooth. When you go through the setup process on the Onelink app, you will be asked to connect to your WiFi network through the phone and then the Onelink alarm will be ready for HomeKit pairing. Once Onelink is installed and connected to HomeKit you can simply keep tabs on your home by asking Siri if it detects smoke or CO while away.

The Onelink alarm is available in two versions — hardwired and battery operated. The main difference between the two is the nightlight option. The hardwired version keeps its center button LED lit at all times so that you have a nightlight. This isn’t available on the battery operated version because it would drain the batteries too quickly. We were installing the Onelink in our hallway so we opted for the hardwired version. In our case, we had an electrician assist us with the installation because there hadn’t been a hardwired smoke detector in that spot previously.

The Onelink does contain a 10-year sealed battery backup — just like the battery operated version. It’s only a backup in the hardwired version, but this feature means you will not have to change batteries for the life of the alarm. Another really cool feature of the Onelink is that it will connect to other alarms and they will sound as one alarm in the event of danger. Because we only have the one unit in our home, we’ve not been able to test that feature.

FirstAlert has been in the business of making wonderful products to keep you safe ever since 1958. Because of this, I find myself trusting that a smart Smoke and Carbon Monoxide Alarm will be an alarm first, designed to help and protect my family from the dangers of both of these. So far in my testing, the alarm has been an accurate notification center of potential harm to my home. I’ve not had any connection problems with it and find that it talks to Siri and HomeKit much better than some other smart devices I’ve had in my home. The alarm is very loud. I don’t have a way to measure decibels in my home, but I could hear the alarm across the house and I usually have trouble hearing pitches in that range.

Even though the Onelink may be on the more expensive side of detectors (even ‘smart’ ones), I believe it’s worth the investment because it works and it works well.
BUY FROM AMAZON