Oculus Quest All in one VR Gaming Headset REVIEW 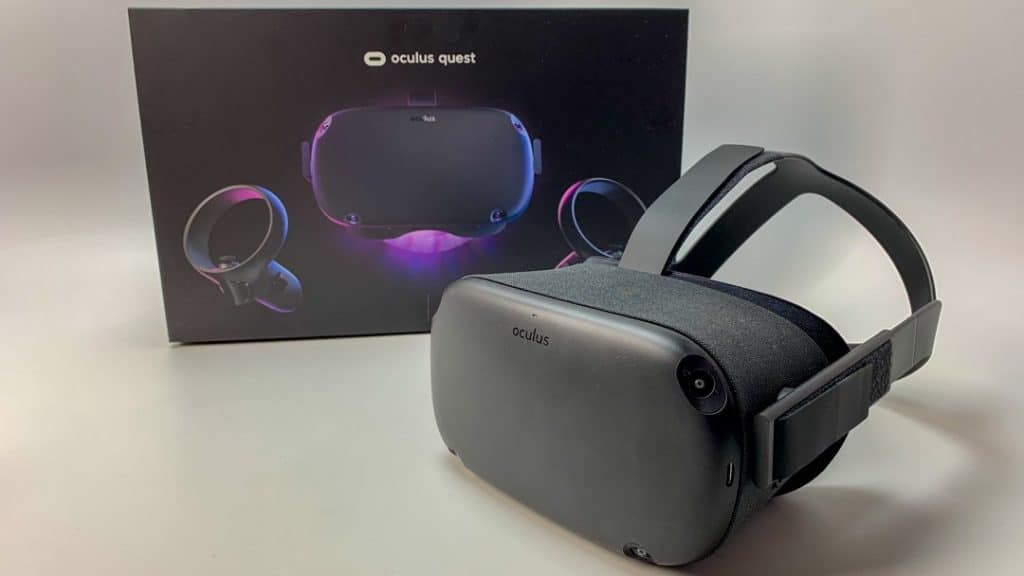 A journey with VR becomes a reality

Several years ago, I was playing some LAN games with a group of friends. It was one of the first times I really tried to play a first-person shooter and unfortunately, it didn’t end up well for me. After about 30 minutes, I found myself having to lie on a sofa until the room stopped spinning. Because of that experience, I’ve shied away from most gaming that deals with lots of movement. Unfortunately, that has meant that I also stayed away from most things VR related, too. A couple of years ago, I was at a convention where some basic VR headsets were being demoed and was left with not only a sick feeling in my stomach but also a completely underwhelming VR experience. Needless to say, I’ve been a bit of a pessimist when it comes to VR and VR gaming. My entire opinion changed when I tried on the Oculus Quest.

Oculus Quest is the first all-in-one gaming headset available for consumers. It doesn’t require a PC or wires and it has an effortless set-up. It features Oculus Insight that translates the user’s movement into VR. It has positional audio built directly into the headset so that you can be immersed without the need for headphones. The Oculus Touch controllers translate hands and gestures into the VR world. There is a Guardian system that is designed to keep you in the boundaries of the playspace to help you avoid nearby objects that are in your physical space.

I’ve been having a hard time writing about the Oculus Quest, not because it’s a bad product or because there is not much to write about it. But because I can’t seem to pull myself away from it long enough to sit down and write. Lucky for me we only have one in my household and my step daughter seems to love it as much as I do. Since today is her turn to play with the Quest, I can stand here and get some writing done.

I believe the distinction of it being an ‘all-in-one’ system is what really makes the difference for me. First of all, you don’t have the hassle of trying to connect a mobile device like some headsets out there and you aren’t tethered to a PC like you are with the Quest’s cousin — the Rift. You do have to connect to the companion app to set up the device, but it’s not the interactive screen that plays the games. The screen is bright and has a strong HD resolution (1600×1440).

The headset fits on your head snuggly and even though there is a little bit of heft to it, it’s not heavy. I have been through several gaming sessions and not suffered through any neck/should pain due to the headset’s weight. It’s well balanced and very easy to get used to wearing. I did find myself getting a bit overheated a few times I used the headset. It really depends on how you are interacting with your environment.

There are no headphones integrated so you can either play using the built-in speakers or you can attach a set of headphones. I have played both ways and while it’s fun either way, I highly suggest adding a set of good, over-ear, noise-canceling headphones for complete immersion. After playing for a couple of days without headphones, I added a set that actually has 3D sound and they were the perfect compliment to VR because the sound moved when you did. So, as I was playing a zombie game, I could hear the zombies coming from behind me and the sound moved as I did. It was a wonderful experience to be a part of.

As far as content, I was impressed with the volumes and variety of titles that are available. You have the option of using the mobile app or the VR environment to peruse and purchase apps. I mainly focused on games at first, but have also used the Quest to interact with Facebook and YouTube. You wouldn’t think that would be an awe-inspiring experience, but it truly is a one-of-a-kind opportunity to join your surroundings like never before. The only criticism I have about the content is that when you start up the headset, there are only demos included. I would like it if Oculus could provide at least one ‘real’ title for users to try out. Maybe they could provide a credit code or something so that users could have a small store credit to use right out of the gate.

Since I don’t have a lot of experience with other VR headsets, I don’t know how the battery relates to other products, but it does seem to be a short length of playtime. I believe I played for about an hour with no interruptions and the battery had been drained by more than 50%. It does seem to matter what content you are interacting with because some of the games seem to require more power than watching videos does. That said, it does seem to charge up pretty quickly. Also, the controllers use one AA battery each. I would have loved to see these be rechargeable like the headset is.

Finally, the Quest does not come with a carrying case. There is a travel case available from Oculus as an add-on, but I really feel like one should be included to keep all the gear together and safe. If you invest in something like this you want to have a good way to protect it. Since we didn’t have a case specifically for the Quest, we ended up using a camera backpack with adjustable foam pieces in the inside to house the headset and all the accessories.

As an interactive experience, the Quest definitely gets my vote. It’s been an eye-opening experience using the Quest and I find myself excited about gaming again. I would have liked to see a few more tutorials on how to use the controllers and interact with environments, but if you jump in, you start to get the hang of it. The Quest is well worth the investment and an impressive piece of equipment.