NRG GO Portable Power Review: Power when you need it. 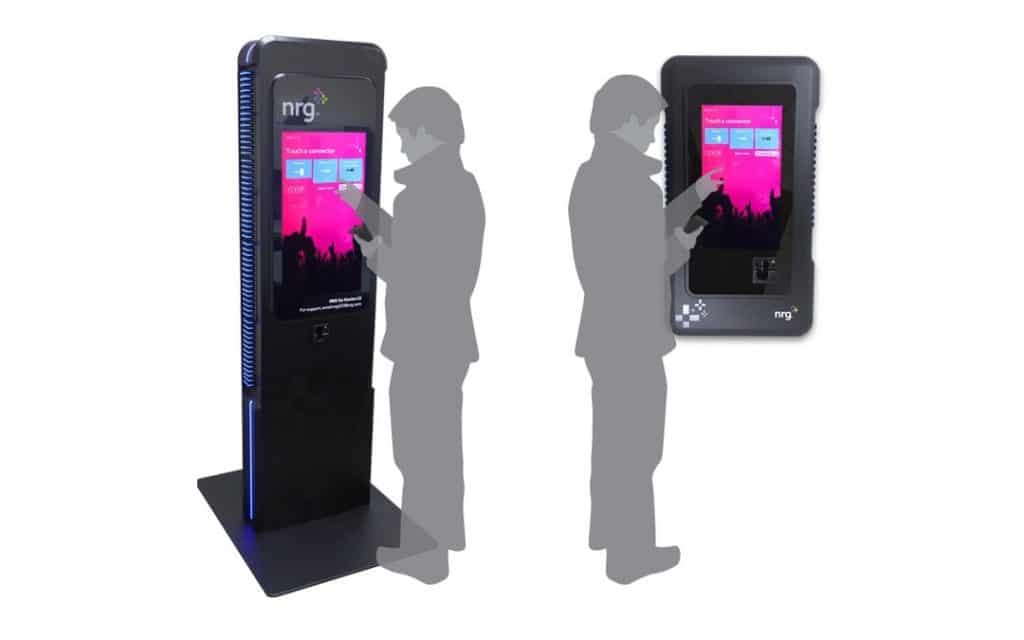 Keep your Eyes open at CES, you may find cool stuff in unexpected places. 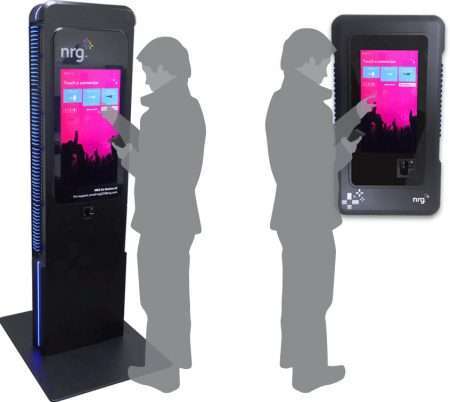 The Consumer Electronics show is well underway for 2017.  The days are long, Las Vegas Blocks are markedly longer than they appear and sitting is a luxury. While in the media room during lunch on 1/5/17, Nick, John and I obtained our boxed sandwich lunch and sat down to eat.  We saw a rather large looking tower kiosk with a representative detailing the portable rentable power station.  The premise of the product is to provide access to power where people need it most.  The product comes in two sizes, a 60 power pack station, with a large 27″ touch-screen display and a 30 power pack station with a 17″ touch-screen display.  The smaller device is wall mounted or placed on a portable stand and is roughly 3 feet tall.  The larger kiosk is roughly 6 feet tall.

Sitting eating lunch, there was some buzz around this kiosk.  This was the media room, not the show floor and people were busy with their meals and with their writing.  I saw a gentleman type in his personal information into the touch-screen interface (name, email, phone number) and then you swipe a credit card to rent the product.  He detailed that it is typically $4 per day and you have it until 9pm the following day.  If you can use a redox kiosk, you can use an NRG GO Power Kiosk.  When you are done, simply return the product.  You will be alerted via email when the power pack is rented and when it is returned.  You will have the option to choose a micro USB, or charger for Apple Lightning, Apple 30-pin, Micro USB-C.  Use the device to charge your phone, your camera or other devices and return it to the kiosk.

The battery is a 4200mAh battery that has a set integrated end (lightning, 30-pin), micro USB, Micro USB and Micro USB-C).  The device measures 2 3/8″ wide by 4 5/16″ tall by 7/16″ thick and weighs 4 ounces.  There is a row of white plastic with embedded blue LED lights along the top of the battery.  When you select the appropriate charging cable, the appropriate battery will illuminate.  The machine will only allow fully charged batteries to be released.  Slide the battery out. and notice the “Open here” section, which contains the charging port.  This is conveniently colored blue, allowing the non-tech-savvy to utilize this device.  There is roughly a 1/2″ cable attached to the charging tip, just long enough to place your phone on the battery and to have the devices linked.  I wish that there was some method of holding them together.  You may forget that the device is charging and solely lift up the phone.  This may cause your phone to fall or the battery to fall or both.  The charging is convenient, and appears to be quick.  It is reported to charge at the same speed as a wall charger.  Testing the device, I was able to get roughly 1% per hour. 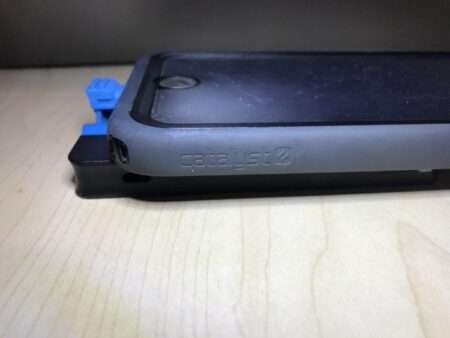 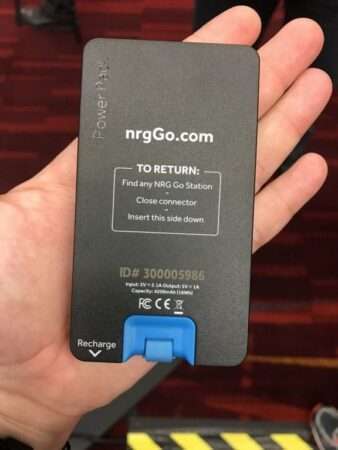 This is a really neat idea for concerts, ball games, etc.  I appreciate the portable power, especially when my iPhone 7 plus struggles to maintain power.