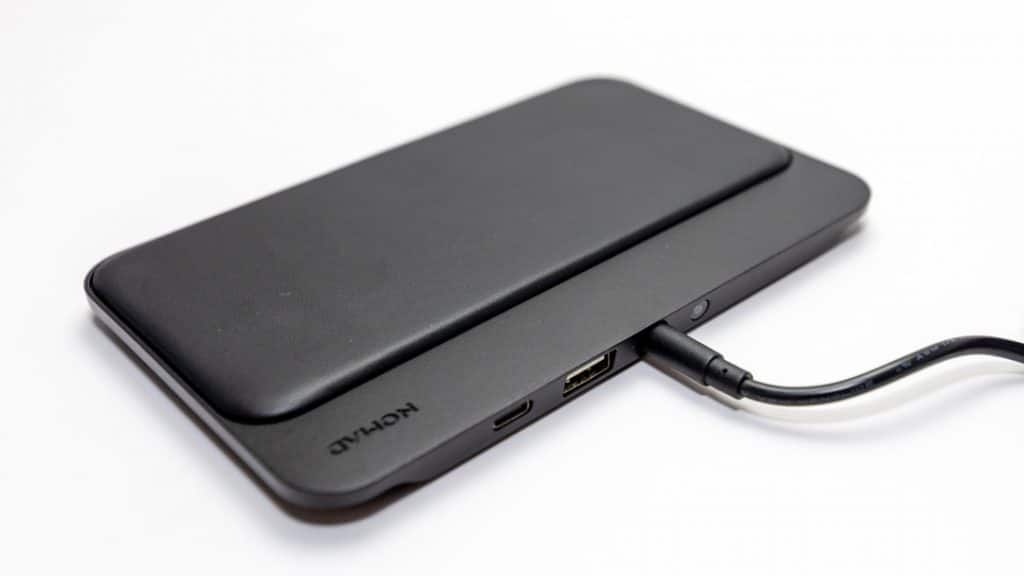 Years ago, when I first started MacSources, I heard of a startup company called Nomad. They had an innovative product called the ChargeCard that was a portable Lightning cable that fit into your wallet. I used that devices nonstop until it finally wore out. Ever since, I’ve been a fan of Nomad products. Last year when Apple announced that their iPhone X and iPhone 8 models would be wireless charging compatible, I searched for the ideal wireless charging solutions. I’ve tried many different options for charging and was thrilled when I learned about Nomad’s Base Station Charging Hub. Nomad has perfected designing classy products that leave a minimal footprint which is a big reason that I was excited to try out the Base Station. 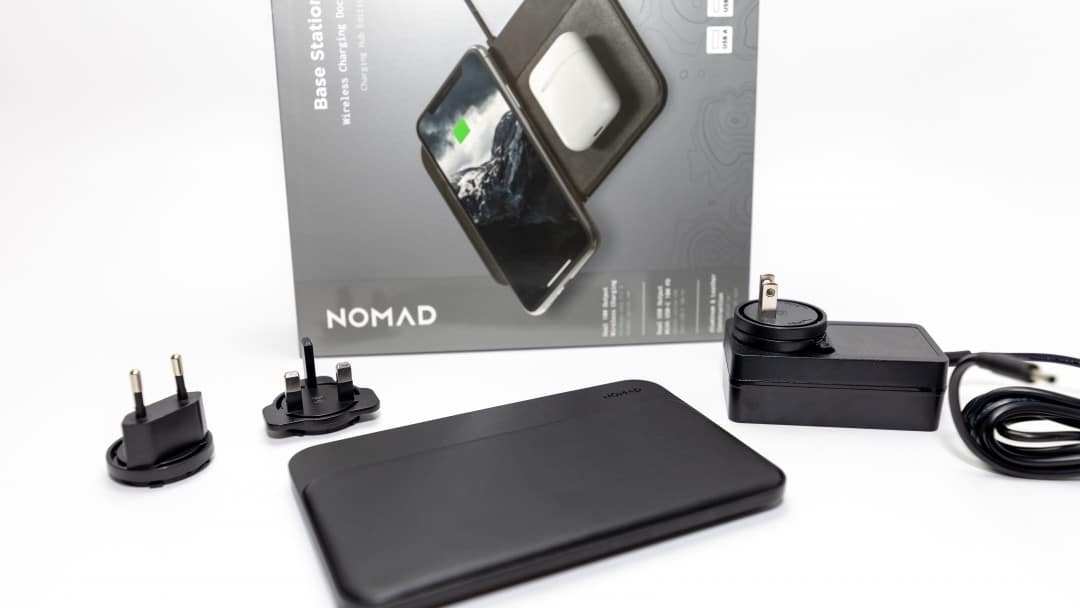 The Base Station is designed to provide a sleek, modern charging hub for wireless charging. It has 3 high-powered charging coils built into its pad. It can charge 1 or 2 phones wirelessly at the same time. In addition to the wireless charging capabilities, the Base Station has two output ports — one USB-A and one USB-C PD (18W output capacity). The charging mat can actually charge up to 4 devices simultaneously (between the wireless pad and USB ports). It provides 10W of wireless charging and has LED charging indicators to show when items are being charged. There is even an ambient light sensor included to dim the LEDs at night. The Base Station has a soft finish with its padded leather. It’s a nice surface for your phones to rest on. 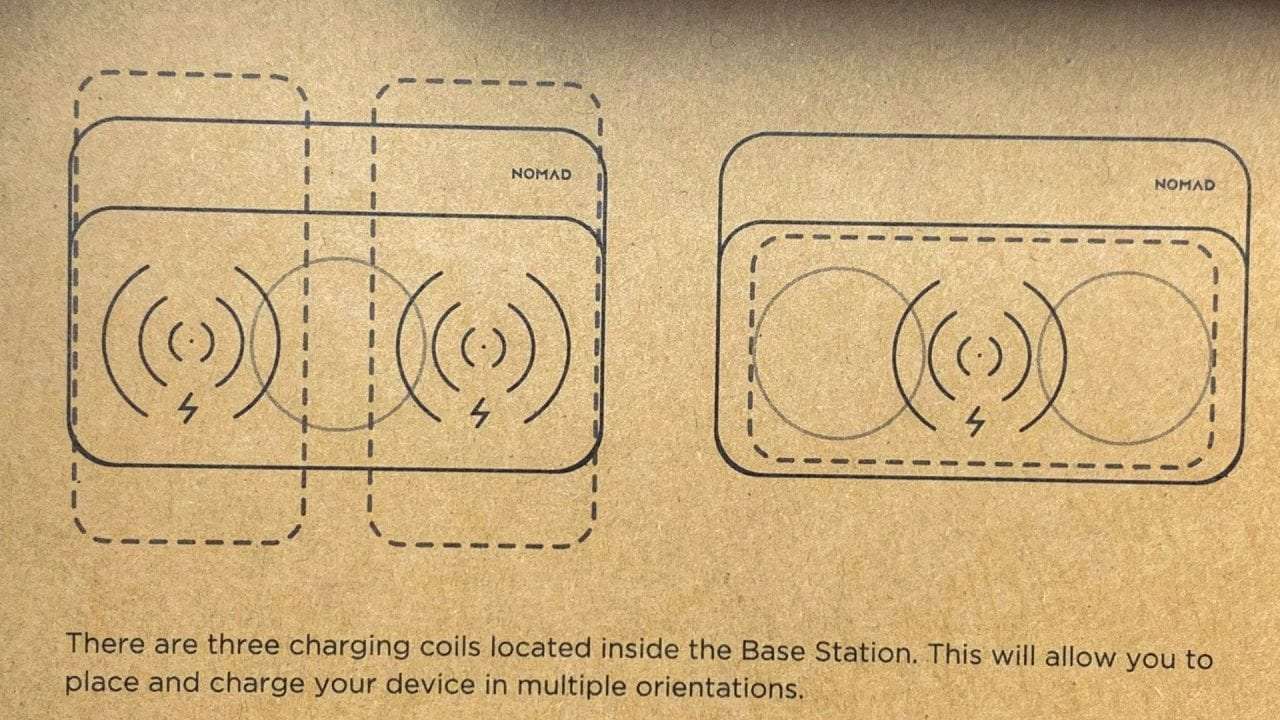 Like most of their products, the Base Station comes in a very classy Nomad box. I’ve always appreciated Nomad’s packaging because it reminds me a lot of Apple’s. It’s well-made and well-branded. You know when you see their packaging that you are getting a quality product on the inside. I like simplicity with products and Nomad has that down to a science. With the Base Station, there are no complicated set-up steps, you simply remove it from the packaging and plug it in. The charging mat comes with a massive power brick. The cable is connected to it permanently, but you can swap out the outlet type if you travel from country to country. 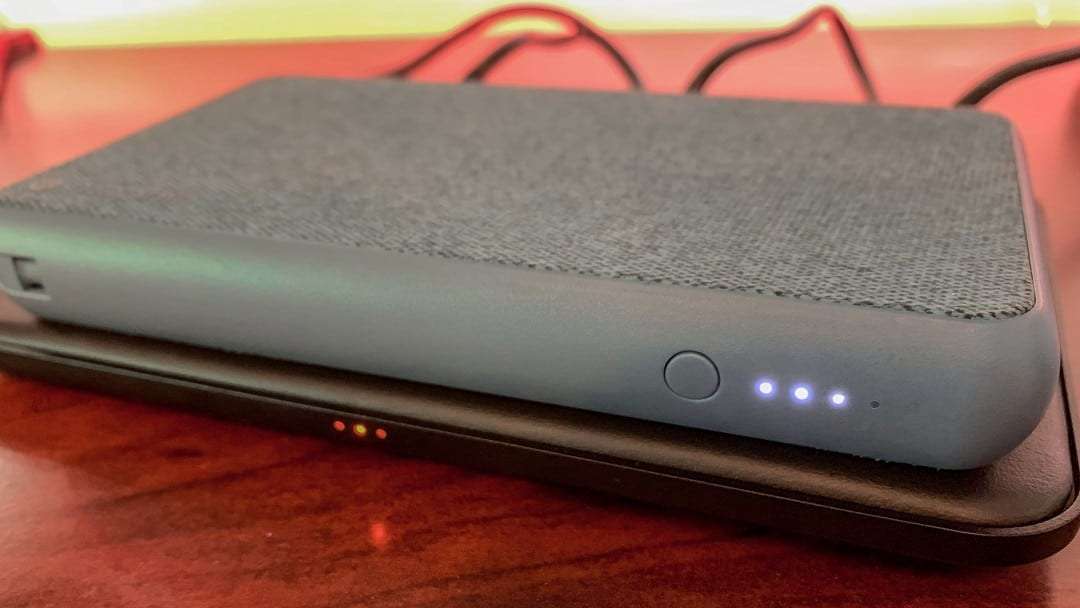 The charging pad does put out a little bit of heat while it’s charging devices, but it cools off quickly and it wasn’t so hot that I was alarmed by it. I would consider it to be a standard amount of heat put out by a charging device. I charged a few different devices using the wireless charging pad including my iPhone Xs Max and a mophie powerstation plus XL, which charges wirelessly. The Base Station did a great job of charging both of those devices. After 72 minutes, the iPhone Xs Max gained 36% battery power. That calculates to approximately 0.5% gain per minute. This rate of charge is similar to what I’ve seen with other wireless charging pads. 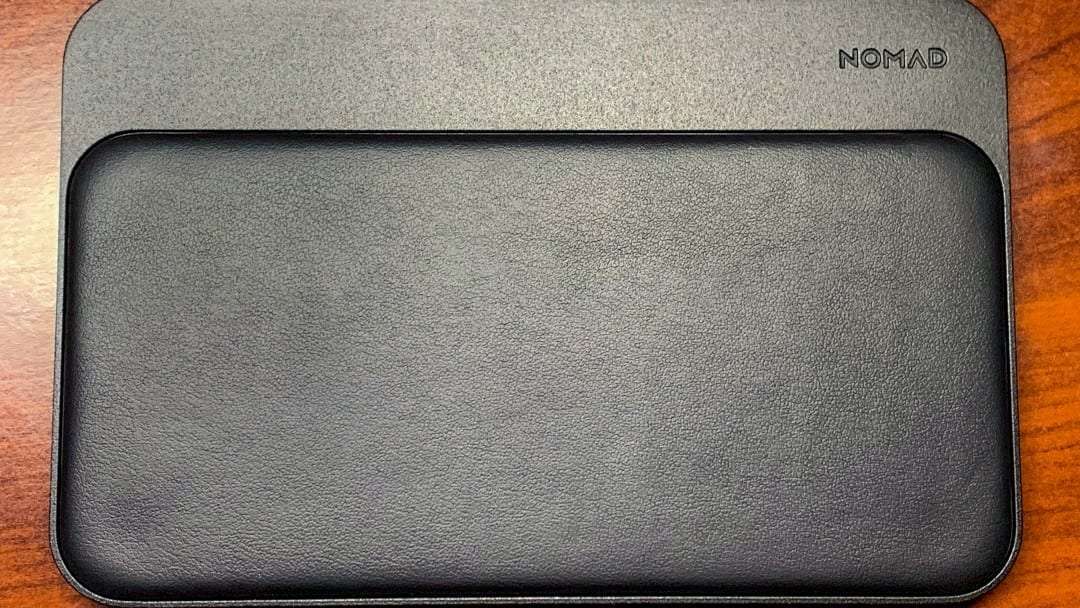 The only criticism I have is the marketing images for the Base Station include the Apple AirPods. The concept of wireless charging capable AirPods was introduced more than a year ago by Apple when they originally announced the AirPower. At the same time, they announced that they would be releasing a wireless charging case for the AirPods, but it has yet to hit the market. Therefore, I feel that Nomad should have removed that from their marketing images. There are plenty of Qi-enabled smartphones out there — including Apple’s iPhones — that could be used to market the product. They could list the AirPods as a future possibility, but showing it charging on the pad when it’s not wireless capable at this time is a little odd in my opinion. 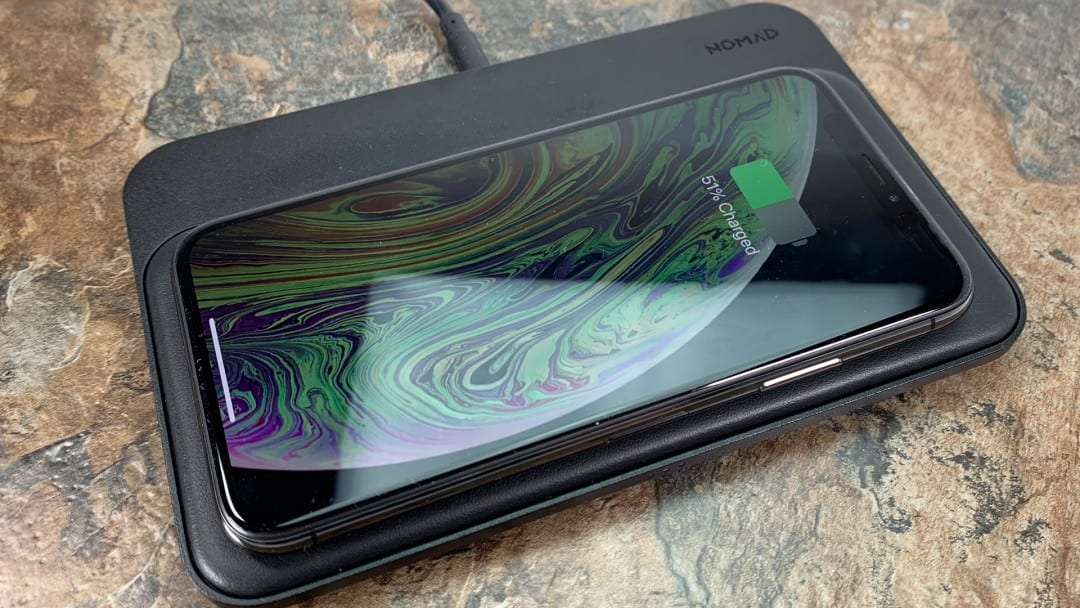 Nomad’s Base Station is a great option for wireless charging. I really love its simplicity and its sleek style. As far as functionality, I don’t really have any complaints about it. At $100 as a retail cost, I think it’s a bit higher than a standard charging pad, but as an entire hub charging station (including the USB ports), it’s a quality investment.