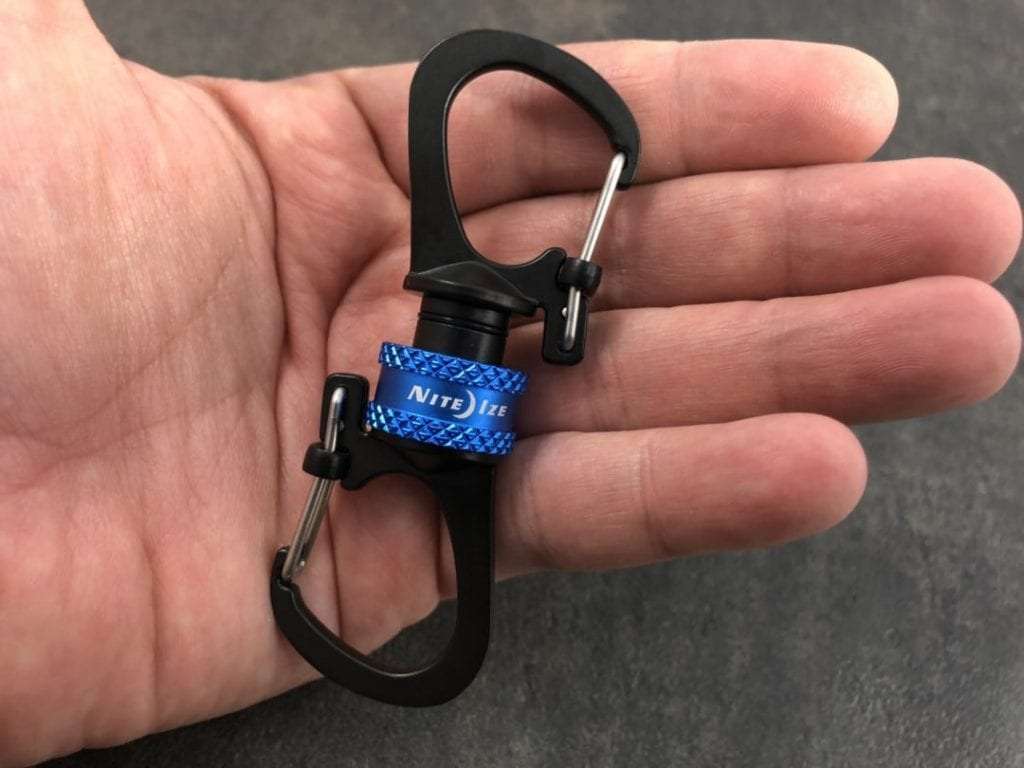 The SlideLock 360 from Nite Ize is the perfect gift for the person with numerous keys and anyone with a car.

It may not seem like much, but our keyrings can get overloaded with keys, gadgets, doohickeys, and plastic reward/membership cards.  A heavy keyring could potentially cause damage to your ignition switch and may simply be so bulky as to not fit comfortably inside of our pants pockets.  According to yourprolocksmith.com, you should limit your car keys to no more than nine keys.  Ideally, you would only put your car key and the remote into the ignition.  A device like the Nite Ize SlideLock 360 will allow you to follow these guidelines and will provide a method to hold all of your keys in place.

The Nite Ize SlideLock 360 arrived in the typical NiteIze retail packaging style that I have come to enjoy.  The device is brilliantly displayed at the center, behind a clear blister pack.  Above the SlideLock, you will see a very active pictorial demonstration of the strong magnetic attachment.  The white background provides a wonderful backdrop, allowing the device and the image to vibrantly pop out to the viewer.  I like that Nite Ize uses a few short words to discuss their product, instead of paragraphs.  The clean, uncluttered packaging is thus refreshing.  With a simple glance, you can learn just about everything you need to know about the quick release neodymium magnetic locking dual carabiner. The reverse face provides a similar experience, utilizing images and short, succinct verbiage.

Getting the product out of the packaging was the most frustrating aspect.  Using a razor knife, I cut around the clear plastic blister packaging and removed the 0.8 ounces, 3 1/4 inches long by 1 1/8 inches wide, SlideLock device.  Each of the carabiners has a slide lock, for security purposes. Once you have the carabiner around a loop, you can slide the plastic lock into place, and the carabiner cannot open.  I like that the lock is a mechanical lock and not a push button or similar.  I have had carabiners accidentally hit on objects and fall off my backpack, but never one with a slide lock.  Along the middle of the device is a blue twist lock, emblazoned with a white NiteIze logo.  To separate the halves, simply untwist the blue lock and pull the pieces apart.

For those who dislike carrying keys in their pockets or for someone who simply wants another option for carrying them, the SlideLock provides a wonderful option to attach your keys to your bag or your belt loop.  Even if you forget to close and lock the blue ring, the magnetic attraction is very secure (not as secure as with the lock).  The SlideLock has a variety of uses from keys to the InkA pen, to a penlight, a neck lanyard and possibly with a pocket knife.  The carabiner locking mechanism is made of metal and should not bend.  A blag plastic ring encircles the carabiner piece and will not slide off of the end of the metallic loop, thanks to an integral plastic stopper.  You can attach this to your bag and enjoy a worry-free day. 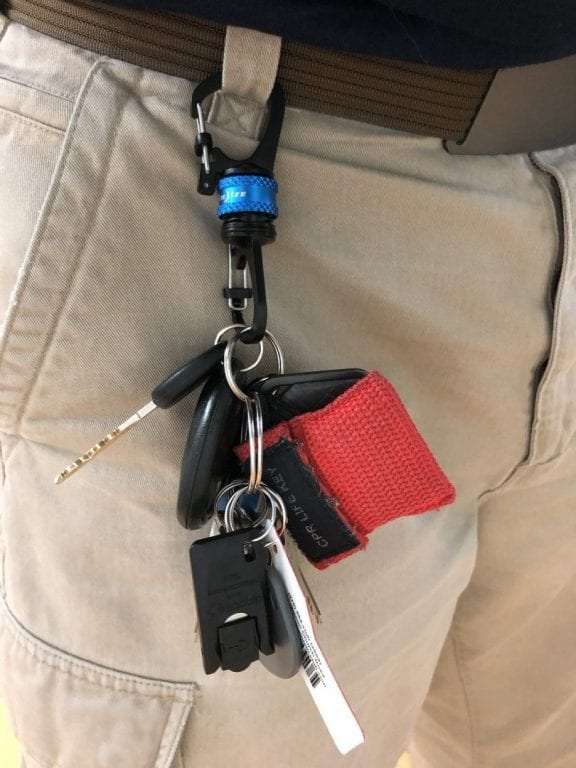 I was very pleased with the packaging and with the overall feel of this device.  I have become very fond of the S-clips and carabiners from niteIze, never experiencing any failure.  The SlideLock is another piece of tech that is suitable for everyone.  I would rate the device at 5/5 stars.  The magnet is strong, and I would caution placing it near your credit cards and electronic equipment.