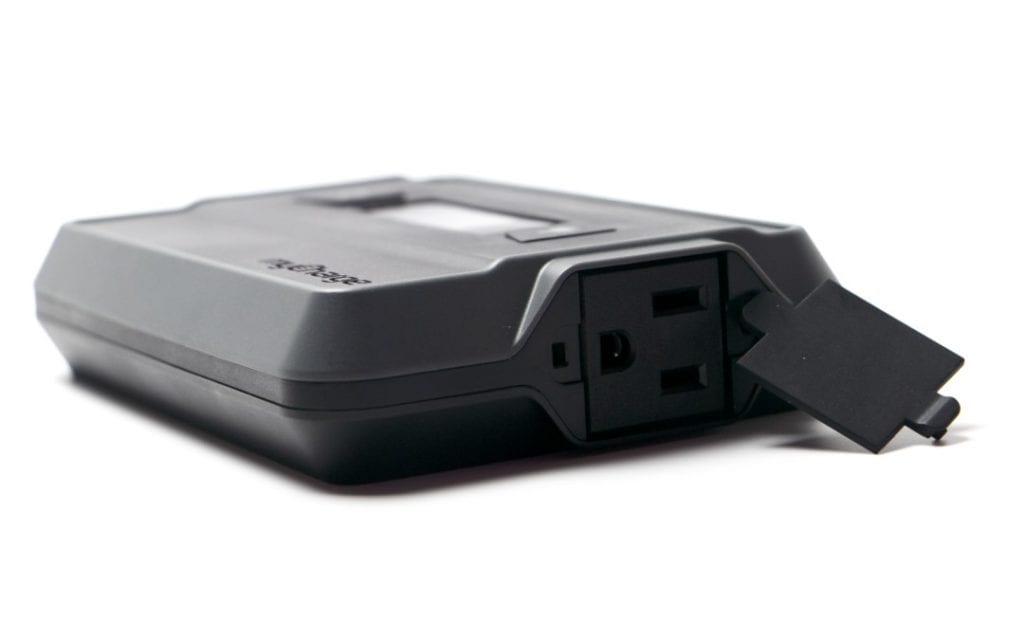 Almost exactly one year ago, I wrote about the myCharge HubMax. It’s still an incredible portable battery option, but since that time, I’ve evolved to the next level of portable charging — the Adventure Ultra Portable Charging Hub. To call this device a ‘battery’ doesn’t seem to do it justice. It is a pocket generator. The Adventure Ultra is designed to be able to go where you go and will keep your device going right along with you. 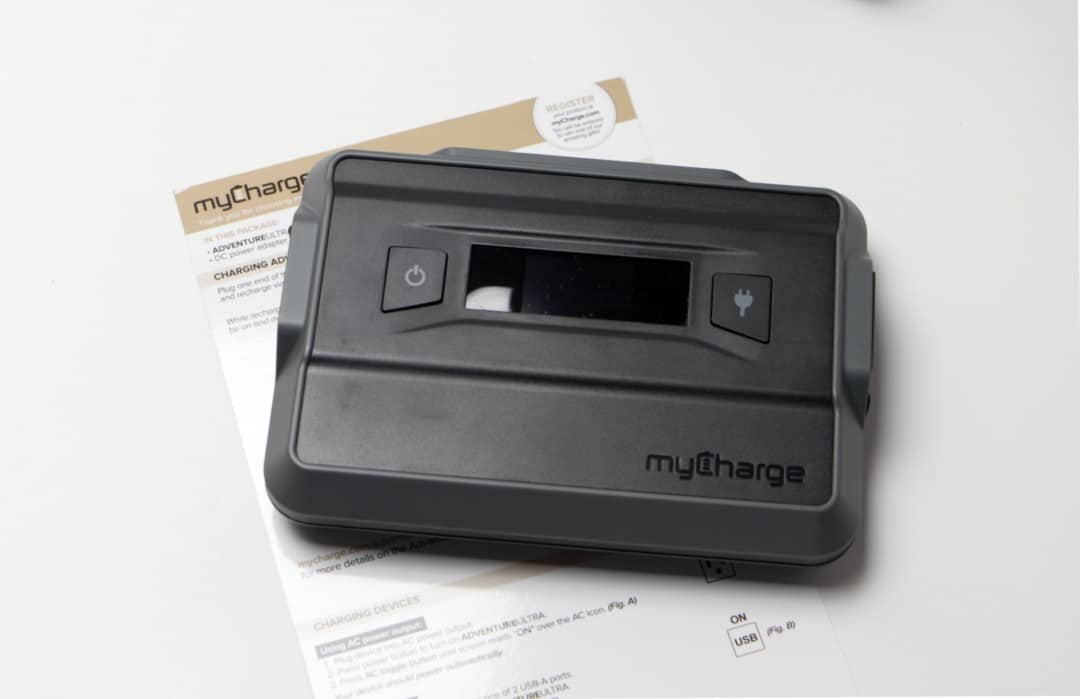 SPECS
This battery is different than other power banks because it’s also a power inverter. You can charge USB devices and AC compatible devices simply by clicking a button. The Adventure Ultra is a 13400 mAh battery that can charge several devices at one time and because it has the ability to invert power, you can plug standard plugs into it as well as USB-A and USB-C plugs. There are 4 output ports on the Adventure Ultra — 2 USB-A ports, 1 USB-C port, and one AC power output. There is also a DC power input to recharge the battery. Here is a rundown of the main features of the Adventure Ultra. 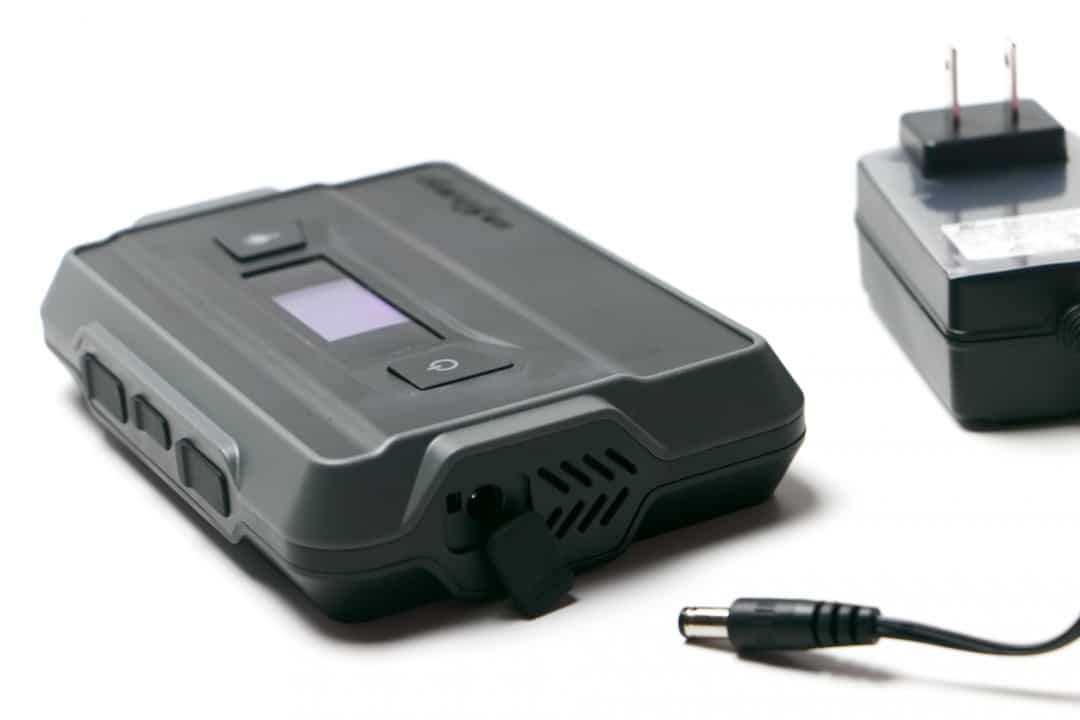 The Adventure Ultra comes packaged in a classically branded box from myCharge. The company’s information is included along with some basics about the product. One of the details I really like about this product box is that it actually calls out devices that can be charged by this battery. Some of the examples are: 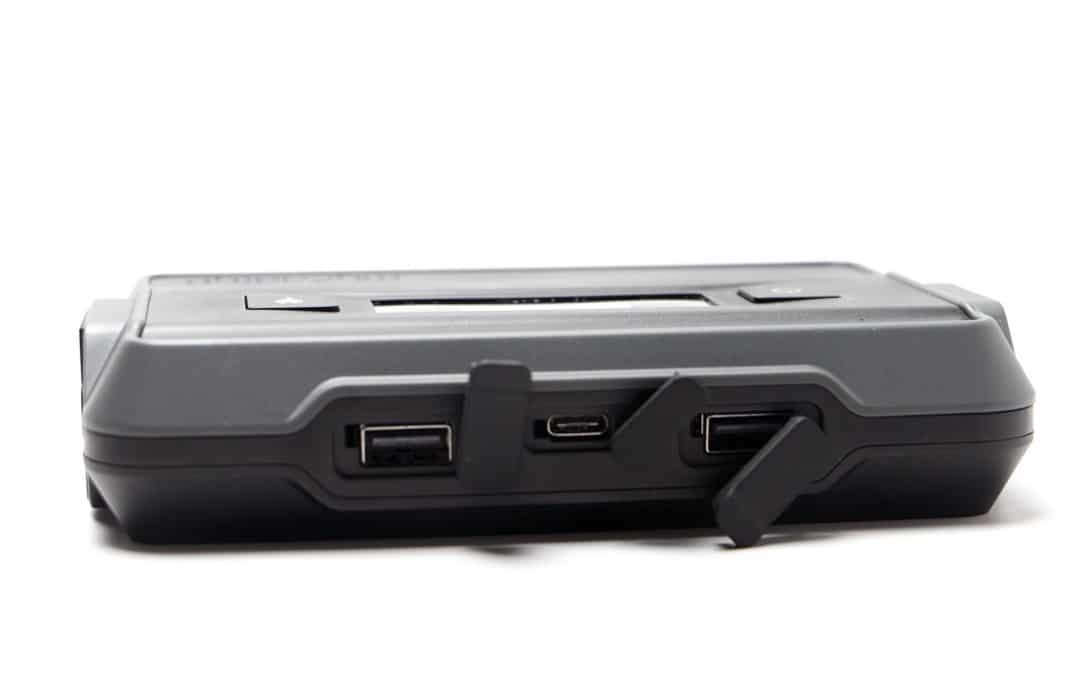 USER EXPERIENCE
Even though these devices are called out specifically, there are of course restrictions. For example, the Adventure Ultra will not charge every laptop. Just because there is an AC power outlet doesn’t mean that every device with a wall plug will get charged by it. I have a 2016 MacBook Pro 13-inch with a Touch Bar. The power adapter for this laptop is 61W and the limit on the Adventure Ultra is 45W. Even though I knew that was a restriction, I still gave it a shot and I got a very clear “Max Power Exceeded” message on the LCD display. The MacBook’s battery icon in the menu bar did appear to be charging, but it kicked off as soon as I got the warning from the myCharge battery. Now, the most recent MacBooks to be release (not the MacBook Pros — the standard MacBooks) only require 29W so the Adventure Ultra should be able to provide power for it. 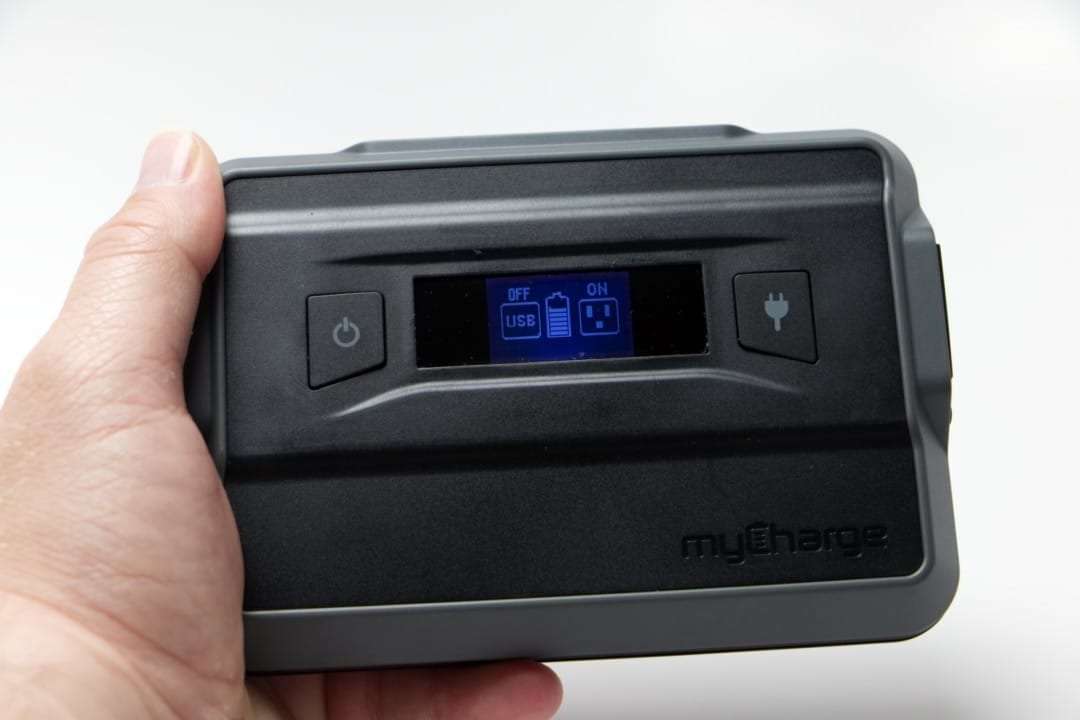 The primary test I ran — on a device I knew would charge — was my iPhone 7. This device is my lifeline to the world and I never want to be carrying around a dead phone. I was skirting along with 28% battery power to my phone and decided it was time to plug it in. So I grabbed the Adventure Ultra and a Lightning cable. After 20 minutes my phone had gained 29% and was sitting pretty at 57% battery life. That’s more than a 1% gain in battery life every minute. I was pretty impressed with that outcome. 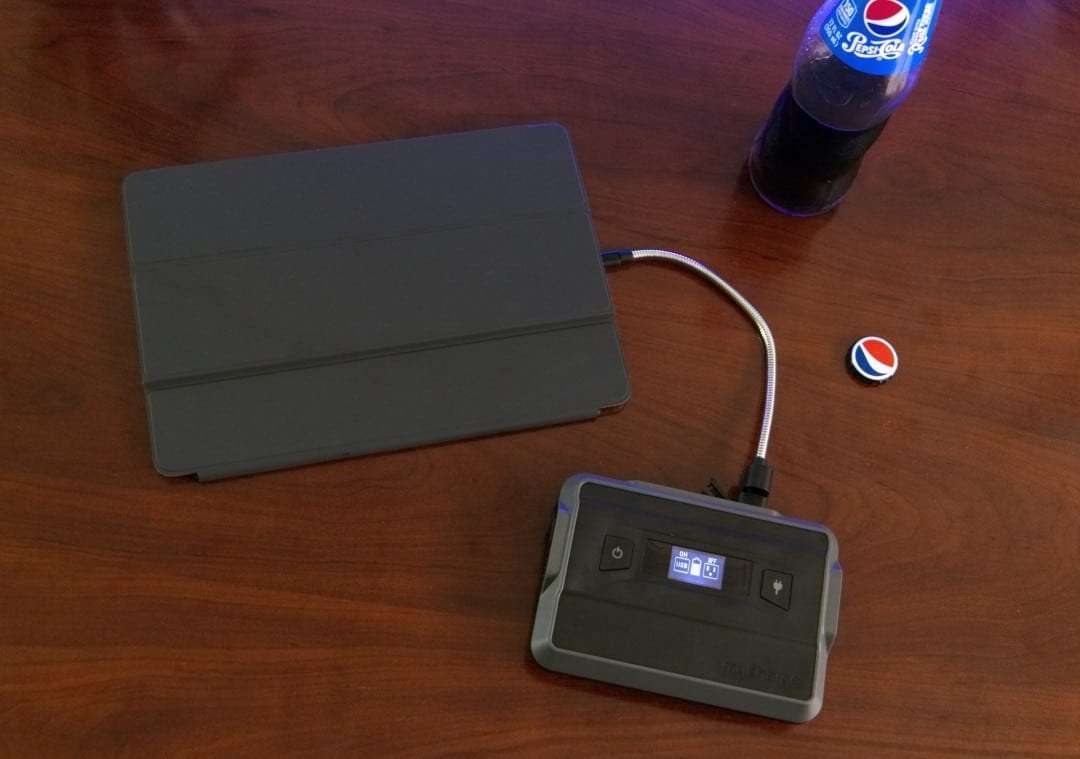 SUMMARY
myCharge batteries never cease to amaze me. They perform admirably and tend to offer more than meets the eye. This pocket generator is the perfect option for weekend warriors, hikers, or any other on-the-go personality. It does weigh a bit more than your standard power bank (1.05lbs), but the benefits are well worth it.
BUY FROM AMAZON