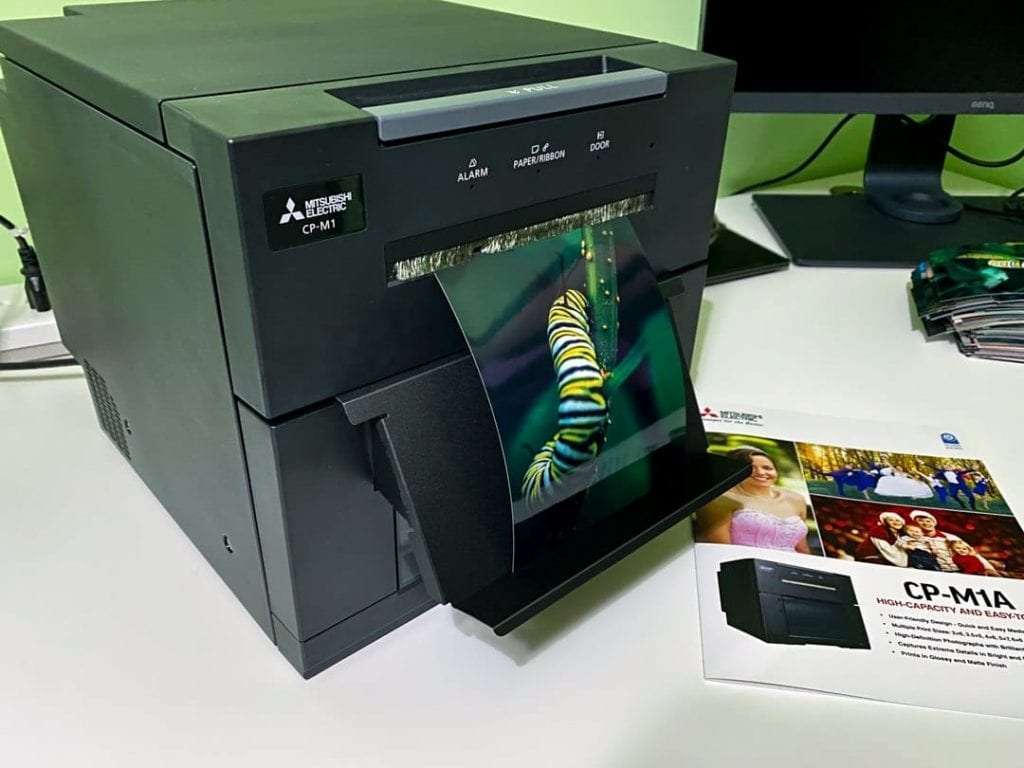 Exceptional prints created on the spot.

Back in December, we published a review about a photo printer from Mitsubishi that was designed for use in photo booths and kiosks — the CP-D90DW. It was a very interesting piece of equipment that we got to see in action again at the Mitsubishi booth at Imaging USA. I really had a lot of fun using the wireless printing option for this photo booth printer and was excited to have another opportunity to check out another high-capacity printer from Mitsubishi — the CP-M1A.

The CP-M1A Dye-sub photo printer was “designed with excellence in mind.” It’s a 2019 Red Dot Award winner and is designed for photo studios and other business uses. Mitsubishi lists Photo Booth Integration, Amusement and Entertainment Photography, Event Photography, Mass Merchant / Retail / Kiosk Photofinishing Production as the main uses for this printer. It is the smallest high capacity printer in its class and can print up to 750 prints (4×6”) with one paper roll. It features a new quick and easy media loading design that’s very user-friendly. The printer offers matte or glossy finishes and it can print in multiple sizes from the same roll of 6×8 media including — 2-2 x 6, 4 x 6, 6 x 6 and 6 x 8-inches.

One of the things I like the most about this printer is how easy it is to set-up. There is very little assembly involved and once it’s set, you can just print. Out of the box, I simply had to plug the printer in, insert the printer ribbon, and the paper cartridge. Then, I was ready to print. The only hiccup I experienced during the unboxing/set-up process was routing the paper roll. The illustrated instructions are clear to a point. The paper roll doesn’t have need flanges and the first roll comes ready to install. You do have to feed the paper under the roll until the red indicator light turns green. The instructions are clear about this point, but it doesn’t mention what you are feeding the paper into. I was able to feel the paper catch into some sort of channel right when the light turned green. I do love that Mitsubishi provided this LED indicator light as a way to let the person who is installing the paper know when they were on the right track.

The next step after physically setting it up was to install the printer driver. This is a place where I experienced another small speed bump. I primarily work off of a Mac computer and when I went to install the driver from the product page of the printer (https://me-vis.com/professional-printers/photo-printers/cp-m1a-dye-sub-photo-booth-printer/), I got the following error. This is a security measure from macOS to ensure you know where you are downloading your software from. The package can be approved through Settings > Security & Privacy. After installing the driver on both my Mac and a Windows machine, I connected to the printer.

Now, I also want to point out that this printer is NOT wireless. In fact, the only interface available for this printer is USB Type B (Hi-Speed USB, Ver. 2.0). I want to make sure I also point out that this printer while it could be very useful to a standard consumer, it’s really designed for photo booths and kiosks. So, the fact that it’s not wireless is not really all that important, but what is important is the fact that a USB Type B cable is not included with the printer kit. I happened to have one in a mass of cables I had in storage, but I can’t imagine that everyone who would want to use this printer would have one handy. Because it’s an older style cable, I would suggest that an interface cable should be included with the kit.

Once I got through the physical set-up and computer connection, I was finally able to start printing. As a test, I pulled up a random picture that was stored on the laptop and opened it in the Windows default Photos app. When I used the ‘print’ option from the app, the Mitsubishi CP-M1A a simple dialogue box appeared that allowed me to select the size of the print I wanted and whether or not I wanted portrait or landscape prints. I selected the appropriate settings and then clicked, ‘print.’ The printer went through a warm-up process and then I heard the paper spool up, along with some different whirs and mechanical noises, and finally, the print emerged, was cut and dropped into the receiving tray. The print was dry and didn’t smudge when it was handled. It was a fairly quick and very easy process. So, I set to printing many, many pictures we had saved.

I found the easiest way to print in this manner was to load all the photos I wanted to print into the Photos app, organize them into an album, and then select prints in groups to send to the printer. Now, I want to mention that the album I started with had over 600 pictures in it. This is too much to print at one time, I found this to be a flaw of the Photo app and the communication to the printer from the computer. I did attempt to send all the photos at one time and the app crashed. So, I started sending them in groups of up to 30 photos at a time. I found this was an optimum number to send at one time. I also realized that all the photos in a given group needed to be the same orientation as the Photos app and the printer would not automatically print in the correct orientation without it being selected in the print dialogue.

One other word of warning, when you are printing large groups of photos at one time, remove the receiving tray and make sure the photos have a safe place to land. At first, I tried to have the photos print into the tray and they quickly got caught and jammed up in the printer. Once I removed the tray, they printed smoothly and I didn’t have any other print errors.

After several hours of printing off and on, I had a stack of approximately 400 photos that were produced by the printer. The spec sheet states that with 5×7 prints 400 is the maximum amount of photos that a single roll of paper media will print. Since I had a few issues (paper jam, resetting the paper roll, etc.) I’m not sure if I hit that 400 mark or just close to it. But, I would say that 400 prints for 5×7 photos are pretty accurate. I would also say that the printing time (~20.8 seconds) per print for glossy 5×7 prints is accurate. The specs on the machine state that, “Print speed is based on continuous printing operation in Fine mode with Glossy Finish. Single prints or starting prints will take slightly longer to include media initiation and feeding time.”

The Mitsubishi CP-M1A High-Capacity Photo Printer is a really great option for an easy-to-use, high-quality photo printer. I was surprised at how good the prints turned out. One of them, a photo of my fiancé’s great uncle actually brought tears to his grandmother’s eyes. The printer definitely brings out the best in the photos it brings to life. Is this printer for the average consumer? No, but I could see photographers who want to provide that extra added service for their clients getting a lot of use out of this. 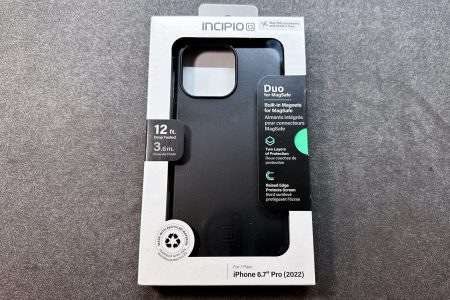