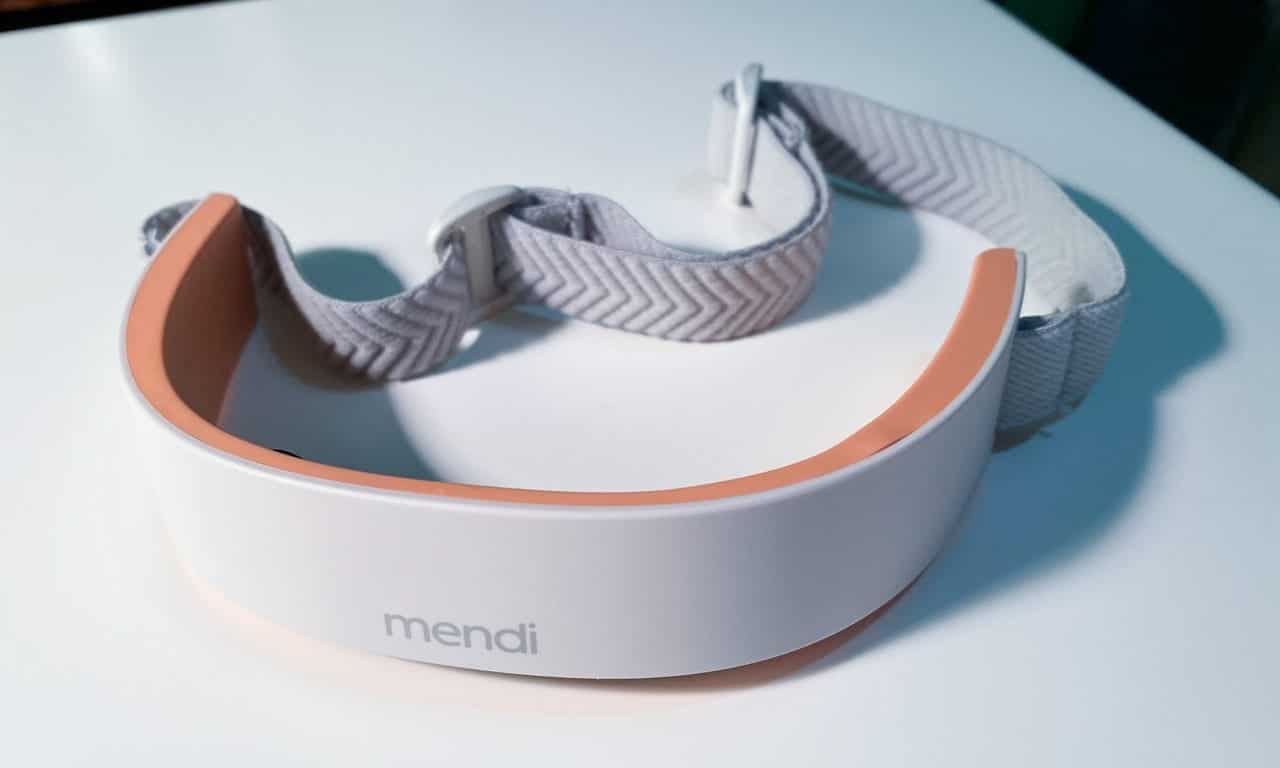 I spend most of my day staring at a computer screen. Most of the time I’m writing or doing research on news and tech products that might be interesting to feature on MacSources. While these activities are not concentrating on stretching my brainpower, I am using my brain actively and that helps my thoughts to process naturally. Even though we use our brains daily, it’s good to have specific exercises that increase our brain capacity and power. This is what Mendi is used for.

Mendi is the world’s most powerful brain training device designed for home use. The Mendi system consists of an app and a headset. The system is safe for all ages to use and it is good for mental wellbeing, better performance, and better overall health. Mendi was created to provide users with the same type of brain training that can be found in neurofeedback clinics but in the comfort of their own home.

It’s designed to give users the chance to brain train anytime and anywhere. In addition to strengthening your brain power, Mendi provides a tool for users to relax and find calmness and it’s the only home device that can also help with overall brain function. It enables you to strengthen your prefrontal cortex, which controls every part of your brain.

Some results that have been reported by Mendi users can be found on their website at mendi.io. The examples include reports from Mendi users after 30 days of device use. They include:

I want to start this out by saying that I really don’t know how well this device works. Given that I don’t have sophisticated medical equipment to complete before and after brain scans, I really don’t have a good constant to judge this device on. That said, I did use the Mendi system to complete several sessions and I have some reflections on the process and system as it’s designed. Mendi is still in a start-up phase and isn’t expected to ship production units from their Indiegogo campaign until October this year. I’m not sure if the pandemic has effected that timeline because their campaign page does not have any updates listed.

The packaging includes the Mendi headset and a charging cable. I have a pre-production unit, which charges using Micro USB and according to the Indiegogo page, the product should ship with a USB-C cable. This leads me to believe that it charges using USB-C instead of Micro USB. The headset isn’t super heavy and actually is pretty comfortable to wear. The band is pretty flexible so it can fit most head shapes and sizes. I slipped the head set on and pressed the ‘on’ button. The app, which is currently in testing mode itself, connected to the headset and I started my first session.

I have to admit that the app provides little direction about what you are supposed to do. And everything else I’ve read on the Mendi website and Indiegogo page simple says “control the game.” You might be able to tell what is happening from the screenshots included in this review, but basically ‘the game’ is a tiny ball that appears to have a yin-yang sign on it. The ball travels across the screen and you gain points/stars as the game progresses.

There doesn’t seem to be any real connection between how the game progresses and the headset. Aside from wearing the headset, the user doesn’t do anything with the game except watch the ball as it moves on the screen. According to the information provided online, the user is supposed to control the game using their mind. We figured out that the goal was to move the ball up on the screen — so that it’s moving uphill on the screen — but how you get that to happen is kind of beyond me.

Here is some information I pulled from the Indiegogo campaign FAQ:

“Mendi is the first consumer device of its kind to measure blood flow and oxygenation in the prefrontal cortex (PFC). Studies have shown that regulating blood flow in the PFC can help to address existing conditions, such as ADHD and social anxiety disorder. The Mendi headset uses infrared light to monitor activity in the front of your brain. The app provides exercises to train your brain, requiring focus and calm to control the game, and subsequently increasing activity in your PFC.”

Even though I know it’s not really the best way to test it, I decided to run a little experiment. During one of my sessions, I opted to play a few minutes of a video game with the app open as if I was doing brain training. I was curious to see what the difference would be in the results from a real brain training session and one where I wasn’t concentrating on the app and was instead playing a video game. The image below shows the results from both of these sessions. The top session is the video game and the bottom one is the actual brain training game. You can see that there is a big difference in the total energy and increased brain activity, but not that much difference in the longest flow. While this really wasn’t a very scientific test, I found the results interesting.

I really like the idea of providing an opportunity for people to ‘train their brain’ using phone app and a sensor type device to measure it, but I really don’t know how well Mendi accomplishes this. I sort of wish that there was a connection between hand-eye coordination to control the game and how that translates to increasing PFC so that the system could measure everyday activities with brain growth better. To me, that would make more sense. It would even be cool if the app could measure that sort of activity from other hand-eye coordination activities like playing a video game.