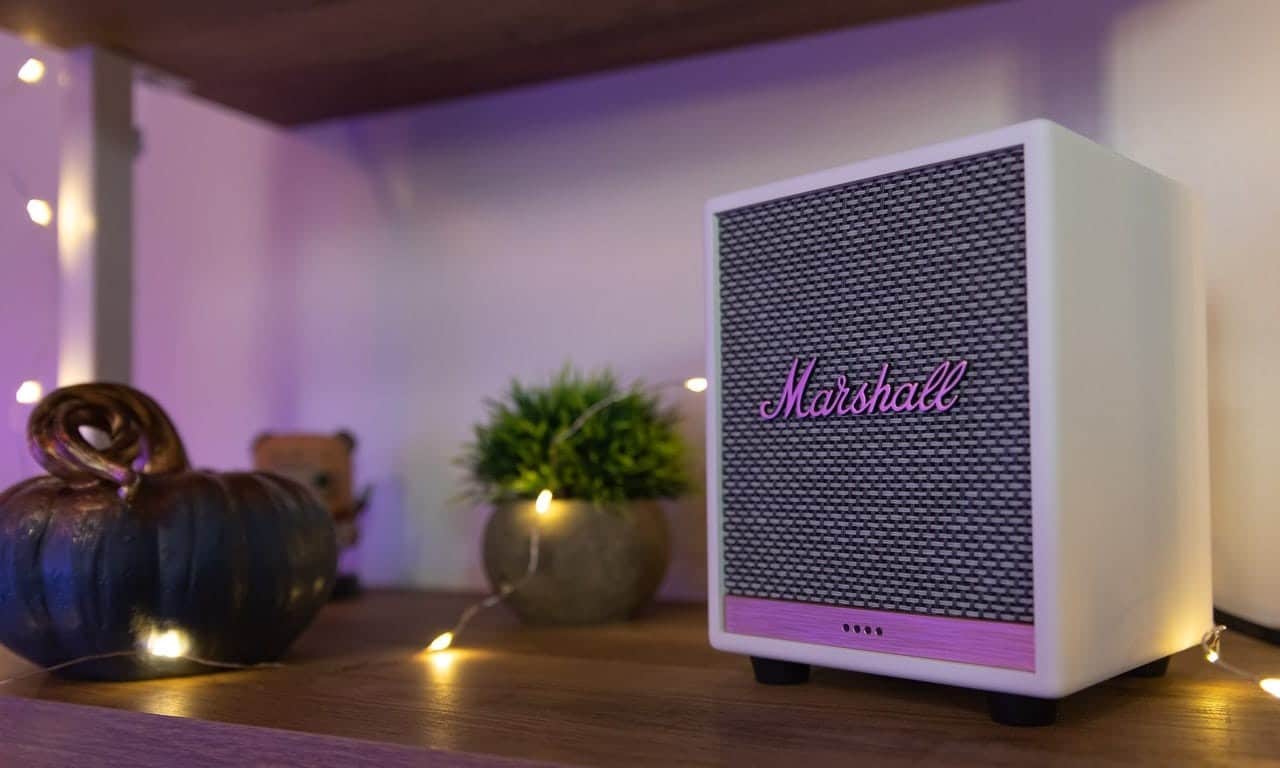 A small package with a loud, bright sound and connection to a smart assistant.

Many years ago – another lifetime it seems – I played guitar. There was a certain freedom that came with creating music and enjoying the power behind that sound. Even then, I knew that better equipment meant a better product. I invested in quality instruments and their accessories. And, to me, the premium sound meant Marshall amplifiers. I’ve trusted Marshall for my sound needs for a very long time. And, as luck would have it, I now get to experience Marshall products through their Bluetooth speakers. I’ve been fortunate enough to try their smallest speaker – the Emberton – and one of their largest – the Woburn II. No matter the size, Marshall knows how to bring together the right components in order to compose the perfect listening companion.

I recently remodeled my office and had a Marshall speaker – the Acton – in a prominent position on my featured wall shelf. I wanted to do that for two reasons. First, Marshall sound is a big part of my past and my future. Everything on the featured wall shelf is like a piece of my personality. So, the Marshall speaker seemed to just fit naturally. Second, I really wanted a connected speaker as a central part of my office. Unfortunately, the Acton speaker is not a ‘connected’ speaker. It does, however, have an auxiliary port included as part of its ecosystem. That meant that I could connect an Amazon Echo to the speaker and voila! I was able to turn a standard Bluetooth speaker into a connected speaker with a simple cable.

Even though this work-around worked, it created a little clutter on my beloved shelf and so, I wanted something simpler. Fortunately, around this same time, I acquired the Uxbridge Voice with Amazon Alexa built-in. This connected speaker is smaller and still contains that same Marshall premium power and sound as its larger siblings. Billed as a “compact sonic powerhouse,” the Uxbridge Voice delivers a clean, precise audio experience. The speaker is engineered to create ‘big’ sound from its compact frame. In addition to being connected through Amazon Alexa, the speaker is also WiFi certified, works with Apple AirPlay, and Spotify.

The first thing I want to comment on is this tiny speaker’s look. Once again, Marshall has taken their classic amplifier look and applied it to this modern Bluetooth speaker. This speaker is small but still retains that amp look that I love. The Emberton – Marshall’s smallest Bluetooth speaker – embodies the essence of Marshall’s amps, but looks like a compact Bluetooth speaker. The Uxbridge still looks like it could be a miniature amp. The box of the speaker shows off all the different connected services that the Uxbridge Voice utilizes and calls out some of the main features of the device. One thing that was a little different with this speaker than some of the others that Marshall makes is that the only things included were the two pamphlets and the main power cable. Some of the other speakers have also included an auxiliary cable as well.

On top of the speaker, you will find volume, bass, and treble control. Since this is a Bluetooth speaker, most of the control of the speaker happens through your phone. Connecting your phone to the speaker is easy as there is a Bluetooth pairing button on the rear of the unit. Once you have the speaker connected to your phone, you follow the in-app instructions to finalize the set-up. Here is where I got a little frustrated. You need two apps to set-up the speaker – the Marshall Voice app and the Amazon Alexa app. First, you have to connect the speaker through the Marshall Voice app, which will connect you to your Wi-Fi network and check for any firmware updates. But, in order to connect to Amazon Alexa, you get sent from the Marshall app over to the Amazon Alexa app.  I’m not a fan of bouncing between multiple apps just to set-up a device. That said, once the speaker is ready, you can potentially ignore the app until the next firmware update.

As far as performance goes, I am considering it in two areas – Alexa and music sound quality. The music sound quality was quite good. Even though it’s not quite a powerful as some of the larger speakers, I was still very happy with the quality. I have some hearing loss so having a speaker that produces clear, bright sounds is very important to me. That’s a big part of why I continue using Marshall speakers and why the Uxbridge fits into the family so well. The speaker is only a mono-speaker after all and it really does hold its own especially when it comes to sound depth and bass content. Nothing sounded distorted and heavy bass was still very enjoyable. I thought volume was just fine and I was even told to turn it down a few times by my fiancé.

When it comes to Alexa quality, I found there to be some limitations. The speaker did a good job of catching my commands when I was in the same room, but if I walked into an adjoining room, it wasn’t able to hear me as well. As a comparison, we also have Apple’s HomePods in our living room, which is on the opposite end of the house as the office where the Marshall Uxbridge is. However, if I were to say a command to Siri in the office, the HomePod has been known to catch it in the living room. As far as the functions of the Alexa assistant go, I found that feature to be lacking in comparison to the Echo. For example, on the Echo, you can change the listening word between Alexa and Echo. On the Marshall speaker, you don’t have the option to change the listening word. In addition to that, some skills that are available with an Amazon-owned device may not be available through an Amazon Alexa-connected device like the Marshall speaker. We found that while the Echo offers users the option to tap into their Apple Music subscription, that’s not available through the Uxbridge. While these are necessarily deal-breakers, it was jarring to move from the Echo to the Uxbridge and discover that some functionality was missing.

The Marshall Uxbridge Voice is a really nice addition to a workspace. While it has a powerful, pure sound, the speaker itself is quite compact. And, thanks to its integration with Amazon Alexa, you can take advantage of having a ‘smart’ speaker in your office (or home) without having two devices daisy-chained together. I think it’s a worthwhile speaker to invest in. 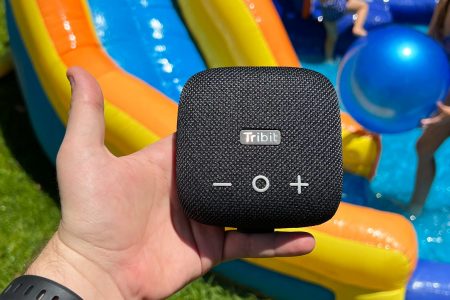 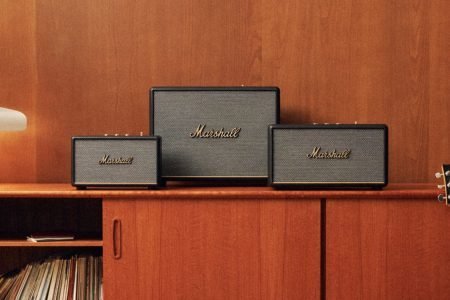 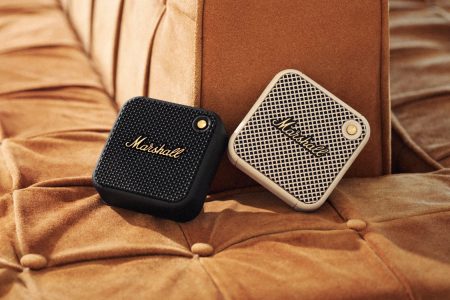