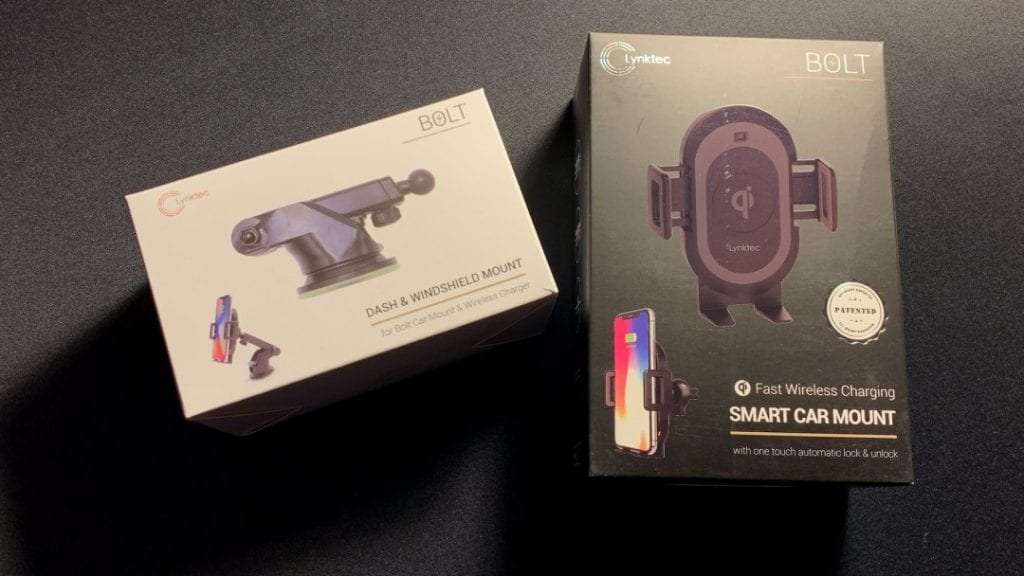 I spend a lot of time in my car. I drive my step-daughter to school every day and commute back and forth to work as well as drive place to place for my job. My car is a 2008 model and it doesn’t have a smart feature to it and is definitely not CarPlay compatible. While I would love to have access to all the smart features of my phone while I drive, the one thing I really need is a portable charger. In the past, I only had a cable that connected my phone to a USB charger. While that worked, I always thought it was kind of an ancient way to charge my phone. Now that I have an iPhone XS and can charge it wirelessly, I really wanted a car charger that could keep up with the phone’s technology. That’s when I opened up the Lynktec Bolt Smart Car Mount & Qi Wireless Charger and found what I had been looking for. 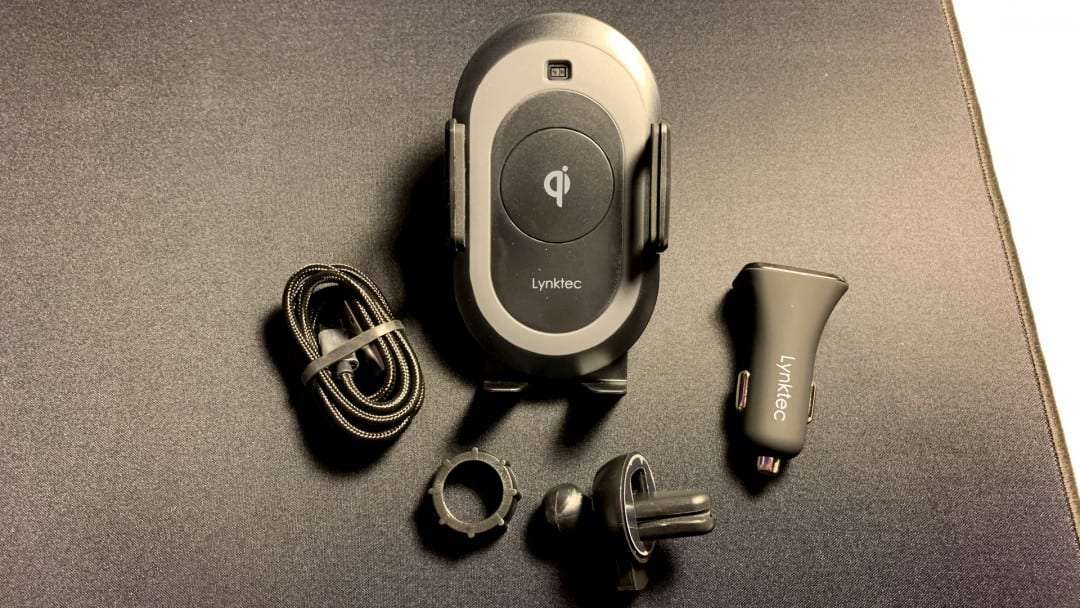 The Bolt Smart Car Mount & Qi Wireless Charger from Lynktec is a dual-purpose car mount and wireless charger. It has a special smart feature that automatically locks and unlocks the clasp mechanism that holds the phone in place on the mount. There is an infrared sensor built into the mount that senses your phone and hand when you move closer to it and that activates the opening/closing of the clamp. The wireless charger is optimized to work with Apple and Samsung Fast Charge for the fastest possible charge possible. The mount that comes with the Bolt Smart Car Mount comes with a vent mount, but it is also compatible with the Dash and Windshield Mount. 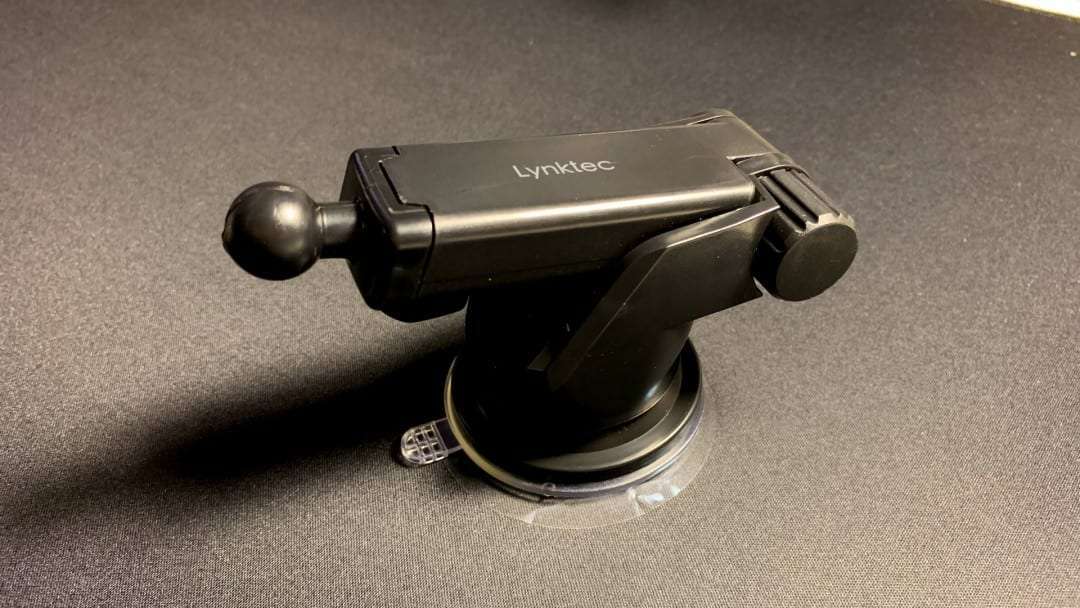 The Bolt Smart Car Mount comes in a very simple box with an image of the product and some basic details included. In addition to the Bolt Smart Car Mount, I reviewed the Dash and Windshield Mount along with it. I liked both of the mounting options for different reasons. The Dash and Windshield mount is a really nice option for better placement of the phone in the car whereas the vent mount that comes with the Bolt charger limits you to placing the phone just on the vent. The only thing I don’t like about the Dash and Windshield mount is that it’s not longer and more articulate. The mount is telescoping and does allow you to tilt your phone back and forth but the movement is limited.

One thing I really liked about using the windshield mount is that FaceID worked with it. I had it placed in a place where the phone could register my face — even at night. Both mount options were sturdy — but the vent mount was a little wobbly. 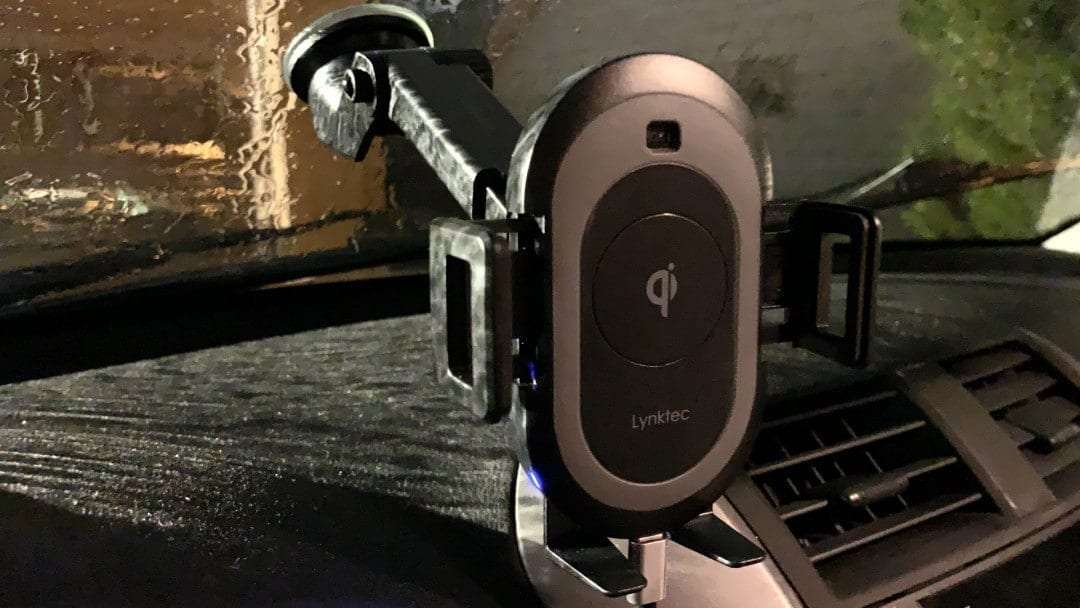 As far as charging capabilities go, the Bolt charger worked just as well as most wireless chargers do. I calculated it’s charging rate at 0.57% per minute. It connects to the car’s power port with a USB-C cable. Lynktec includes a USB charger to use with the Smart charger, which I really love. I also love that they made the cable shorter than most car chargers. For me, it’s the perfect length because it stretches from my car’s power port to the vent and the windshield with just a bit of slack. I do wish that at least one cable clip was included with the mount so that it doesn’t just hang. Aside from that, I really enjoy using the Bolt Smart Car Charger and Mount.

The Bolt Smart Car Mount has quickly become my favorite car accessory to use with my phone. It keeps it charged and holds it securely while I’m driving. While there are many other cell phone mounts available that cost less, I think that the automatic operation of the clamp and the charging capabilities make this investment worth it. It’s a revolutionary way to charge your phone in the car without needing yards of cable.