LUMOID: The Place to Rent and Buy Gear

Feel comfortable before making that big decision to rent or own

Lumoid is a company who puts gear in your hands affordably. Lots of professionals rent gear, depending on the location of their shoot. Many own their camera and cinematography gear but for lots of us, owning the professional-level gear is a pipe dream because of the expense. Lumoid wanted to make both renting and owning your equipment simple and affordable. You can rent devices from other companies but what makes Lumoid different is they have better prices on most of the rentals and they have the option to use part of your rental fee towards buying that gear if you want to purchase after the rental.

With CES 2018 approaching soon I needed to pick up a new camera for the event. I could have simply rented one in advance from Lumoid or any other company but with as much work we do, renting a camera didn’t make sense. So I used Lumoid to purchase a previously rented Canon EOS 5D Mark IV. What was nice is the camera I got was rented for a weekend but looks like it was never used. They even stated that it was ‘like new.’ When I received it, I noticed that it wasn’t just ‘like new,’ it was NEW. It was never used. When someone rents the gear and it’s taken out of its original packaging, it can no longer be sold at a full price. So you are getting wonderful gear — sometimes barely used — at a discounted price.

Not all the gear Lumoid sells will be in perfect non-used condition. I got lucky with my 5D Mark iV. You will need to be sure and read the description of the device carefully before you decide to buy. In addition to reading the description, I would also suggest that you utilize the online chat feature of the site. When I did, I spoke with someone who could tell me about the specific camera I was getting so that I was making an informed decision.

Prior to deciding on using the Lumoid service, I did a lot of research on the company. Since I had never heard of them, I wanted to make sure what I was about to jump into was a good move. When doing my research online I found a mixed bag of reviews. The negative ones seemed very negative and most of them had to do with problems they had during returning rentals. I tend to believe these people were mad that they didn’t get the gear back in time and were charged late fees. As I am not those people, I can’t be for sure about their stories but my experience has been of a positive note.

I had no trouble with placing my order and was able to do it while I was chatting with online support. After I placed my order I noticed my delivery would not arrive for about a week. Since I was talking with a rep on the chat support I asked if it would be possible for them get my shipping changed to overnight. Even though there was a charge to do so they were able to get that setup for me and my camera was delivered the very next day. When I unboxed the camera, I found that I received all the original accessories and manuals just like I would if I was to buy it new from Canon. I checked for any sort of damage but found none. The camera was wrapped in bubble wrap and was protected very well. Should the product not meet your standards, you do have a 48-hour window from the time you purchase it to return the item to Lumoid without being hit with any fees.

Even though I’m clearly a fan of Lumoid I did find a few things I’m not a fan of. First, to rent or buy you must upload a front and back photo of your driver’s license and your credit card. When I was speaking with the chat agent, I asked if they were able to see that my documents had been uploaded and she said she could see them This annoyed me a bit because it means that anyone working the chat on the frontend of their website would have such access to this information and I would prefer it be more secure than that. The second thing that was very uncomfortable for me was that they don’t give you an option to remove your credit card on your own. Once you enter it into the billing area it stays on file. I thought maybe if I entered the second card I would have the option to remove the first one. This was incorrect. I again had to turn to chat to find out how to remove the card on file. 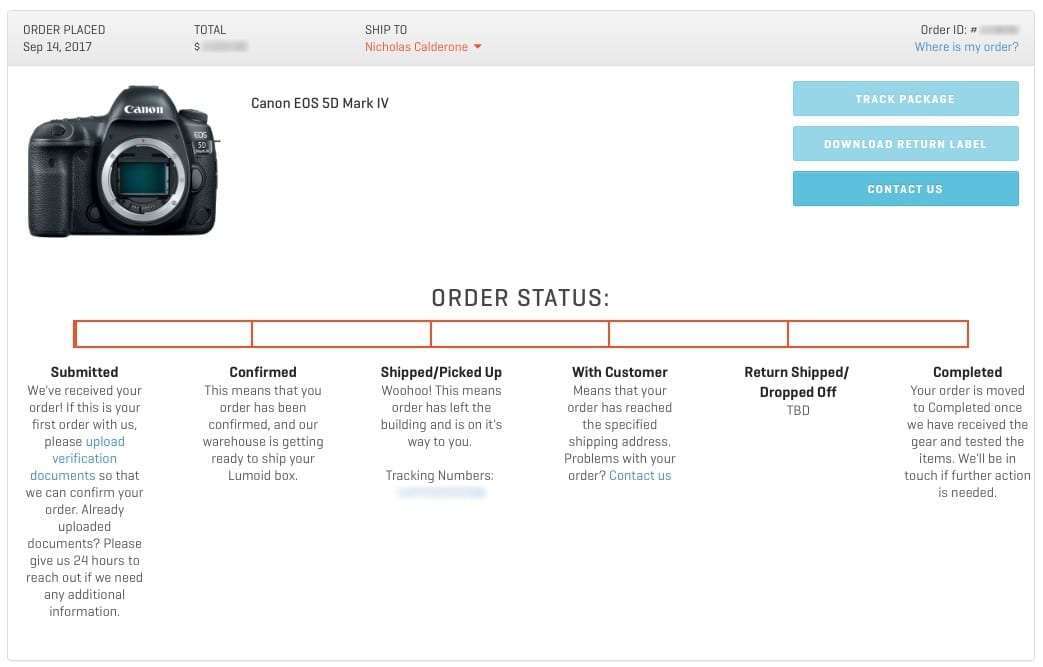 Here is where the chat agent said: they could see it and would remove the one I wanted to be taken off. She did remove the card on file for me but it feels odd that I am not allowed to remove my own card. I feel that having more control over my payment info is something I would prefer. Lumoid is a wonderful company and they shipped me a wonderful camera that is amazing to use.

Conclusion
Would I use the Lumoid service again? Absolutely. I only hope that maybe some of their processes and procedures will be updated in the days to come. 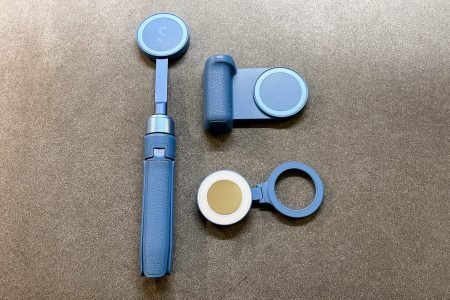