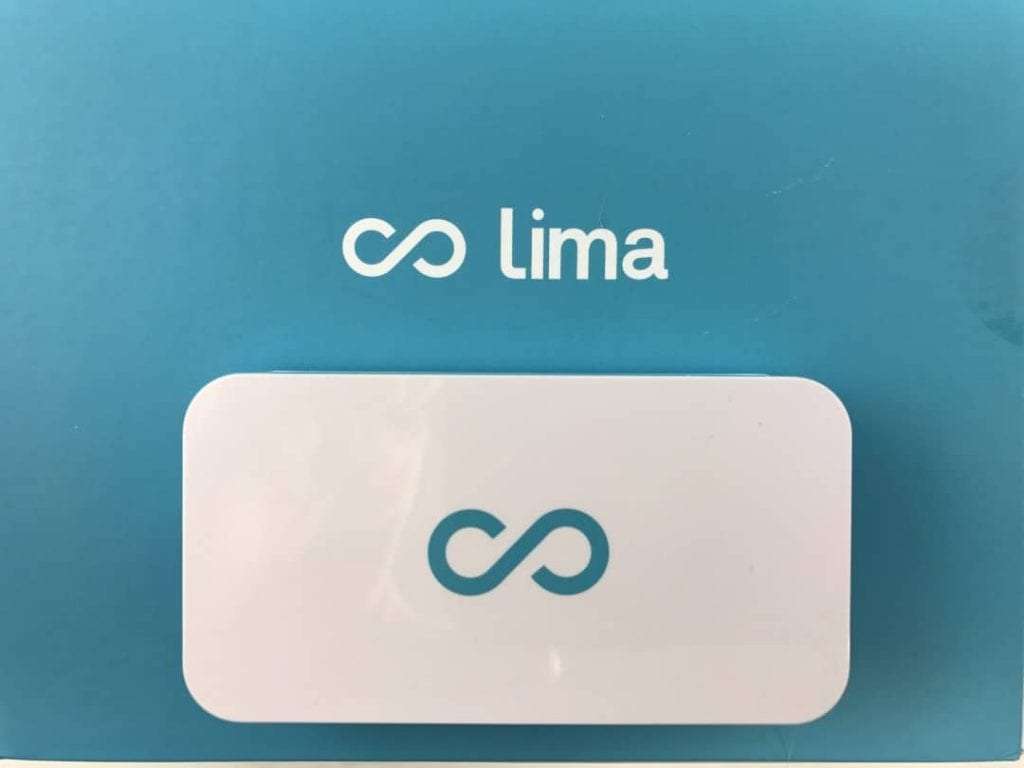 Lima Ultra allows you to have your data at your fingertips, on any device you own.

I am a fan of academic discussion and research.  I have tended to review, re-review and over-research a piece of tech, to find the best at the best price etc.  It is an entirely different feeling to be the one doing the testing, instead of being the one to nitpick the reviews.  One of my most controversial reviews of 2016 was regarding the Lima device.  I had the pleasure of talking with a few commenters regarding the device, who had dissenting opinions to my review.  There were some weaknesses of the device, some that I personally took to the build team.  The transfer speeds were too slow, data was stored in a proprietary format, the data did some weird things (upside down pictures and delayed access, some discussed loss of data, but I did not have that problem) the power cable was too big, just to name a few.  My personal experience showed the device worked better than it did for some of the other testers/reviewers.   Thus, I was excited to see the enhanced features of the Lima Ultra.

The Lima Ultra product arrived in a blue and white 6 3/4″ square box, displaying the white rectangular Lima Ultra device.  In bold letters, you will find the slogan “The Personal cloud you will love.”  Turning the packaging over, Lima promises to allow you to store your files at home on your own hard drive and to be able to access them from anywhere the internet can reach.  You can access this data on any device and for a single upfront fee instead of monthly payments.  The Lima Ultra currently supports  IOS, Windows, android, and Linux (yes Tux made the cut this time).  The product promises an enriched mobile media player, automatic backup of your device, and all with easy setup.  Basically, connect the lima to your router, plug in an external hard drive (not included) then install the apps and sync.  How hard can it be? 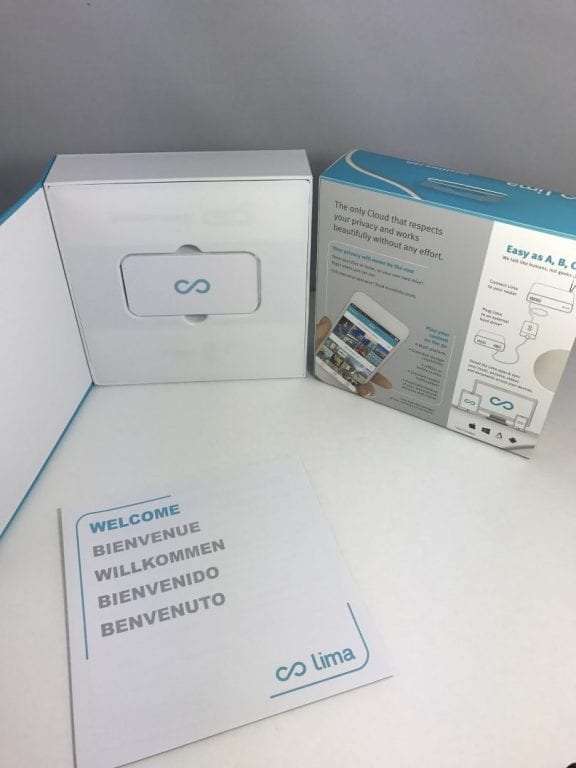 Removing the product from the box, you will notice a blue/white inner box with the surrounding slip cover.  Within the smaller box, you will find the Lima Ultra device, which measures 3 5/8″ long by 1 7/8″ wide by 7/8″ thick and weighs 4.7 ounces.  When compared to the last generation of lima device, the current design is flatter and more rectangular. Underneath the main device, you will find 2 rectangular cardboard boxes.  One contains the 45″ all white flat ethernet cable.  The other has a Universal power cable adaptor, with prongs for USA (Type A), UK (Type G), and what appears to be European Union (Type C).  The power cord is much too short at 41 inches.  When I say too short, I mean absolutely unreasonable.  To make this worse, I absolutely am not a fan of the large boxy end.  We all have experienced the power cord Tetris dilemma.  Making a plug that blocks other ports or hinders the ability to use other gear is unacceptable in 2017.  At a minimum, the company needs to allow the prongs to rotate, to be more accommodating to a variety of power options.

For a surge protector or power strip that is stacked vertically, the current power plug forces you to utilize the socket on the end of the chain.  Guess what, other devices have to use that same socket.  Additionally, the power cable is round and the ethernet cable is flat.  They should have chosen one type of cable and stuck that instead of using a flat one and a round one.  The small features truly make the difference in my eyes.

The instruction manual is written in English, French, German, Spanish, and Italian. Each language has a single page dedicated to the setup of the device, your own personal cloud.  Place a movie into the movie folder and you can stream on the go.  Place a song into the music folder and create your own Spotify.  You do not have to rely on local storage to stream your library to any device you want.  You can move the files on and offline with a single swipe.  The device promises to be able to act as a remote to play your movies and videos on your TV using Chromecast (I do not have one to test).  To combat one of the biggest complaints of the original Lima, you can link 2 Lima Ultra devices, in 2 different places and they will mirror each other.  Lose 1 device and you still have a full backup.  The storage is still proprietary, it is still dependent on lima tech.

If you are like me, your router ethernet ports are all utilized.  I had to sacrifice the old lima port to make room for the new Lima Ultra.  As an aside, I do have a TP-Link 5 port Gigabit switch that is on order and will be here any day.  This should help me with my ethernet port real-estate issue. I plugged up a Toshiba 1 TB USB 3.0 Hard Drive (CANVIO CONNECT II), to the Lima Ultra.   Once everything was connected, I navigated to install.meetlima.com, on both my PC desktop and my MacBook Pro.  It took about 4 minutes to download the app.   This was despite 87.67 Mbps download speed and 11.96 Mbps upload on my system, tested via speakeasy.net speed test. It seems that their servers were the slow point of the download, as I was able to update iTunes and to complete other activities without much lag.  For a 62.2 MB download, this should have been done in about a quarter of the time.  Once downloaded (4 minutes of my life waiting) it will ask you to select language (Deutsch, English, Español, Français, Italiano) and then click Install. Your screen will navigate to a “Preparing to Install: Setup is preparing to install Lima on your computer.”  This took roughly 15 seconds to complete. You will need to restart your computer. 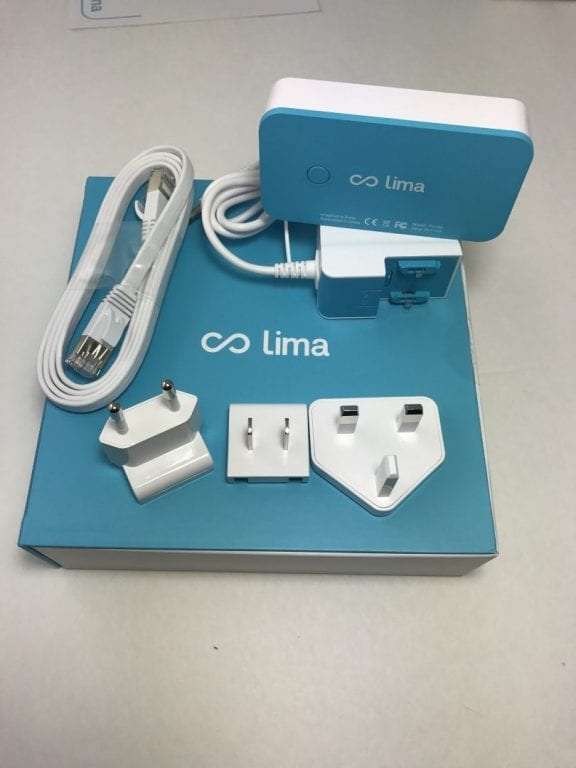 While searching the Compatibility information through the website, I discovered that you can combine your Lima Ultra with the original Lima.  This is no different than combining two Lima units.  This will solve the issue of redundancy as this will allow you to backup your information on 2 different hard drives.  This also promises faster uploads, faster backup, and faster transfer speeds. To transfer your music folder from iTunes to lima, go to file explorer and select your music folder and drag the music you are interested in into the Lima (you cannot currently transfer playlists).  I started with a few movies stored in my iTunes movie folder.

Toy story 3 transferred in 20 seconds. Thor transferred in 17.8 seconds, Chronicles of Narnia transferred in 17.86 seconds. The same issue is realized on this lima that is on the other lima device, you cannot watch DRM protected movies.  It is a waste to put them onto your device. The speed of this device is really astounding.  In roughly 3 minutes all of my pictures from my phone were on the Lima Ultra 1 Tb drive.   I transferred the entire kid rock album from iTunes to Lima Ultra in in 9 seconds. This played on the internal player of the device quickly.   I then transferred my entire 42 GB iTunes media library over to the Lima Ultra device in 12:39 (total of 7131 items).  The calculation I got was ~50 Mbps transfer.  (0.05GB/second). 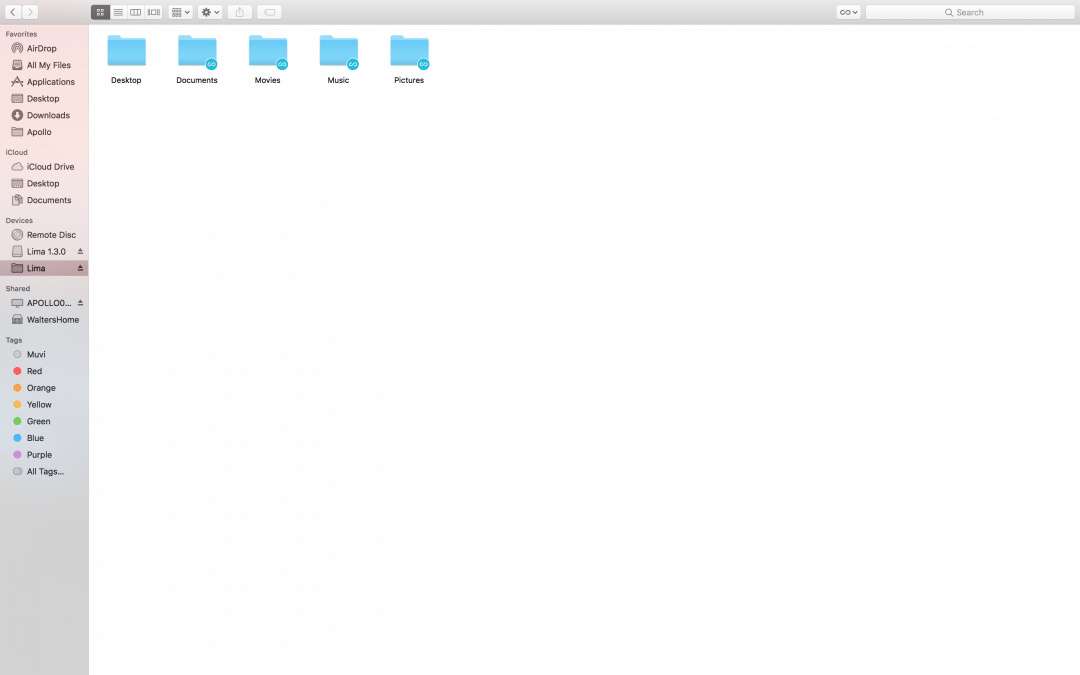 You can utilize this device like you would a hard drive.  Drag and drop files from one point to another.  Unlike a stand-alone hard drive, they are on the cloud and you can access them anywhere.  You cannot then take the hard drive and plug it into a computer and utilize it like a portable drive.   The speeds of this system are markedly increased, with a Quad-Core CPU clocked at 1.5GHz, Gigabit Ethernet port.  In fact, it is reported to be  ~40x faster than Lima 1.0. When compared to the original lima, the current lima Ultra will transfer at 240Mbps vs the original lima (16Mbps).  Thus, 100GB should transfer in about 60 minutes, compared to 13 hours 53 minutes for the original.   A .pdf, .xslx, .doc, 2mb picture should take about 1 second on the Lima Ultra vs 3 -8seconds on the original Lima.   With my testing, I still got speeds less than the ideal conditions listed.  Either way, it is definitely faster than the original.

There are many people who are upset about the Kickstarter campaign.  I have had a lengthy discussion with people through my original lima coverage. I was not a backer, a Kickstarter campaign follower, nor am I a paid advertiser.  I have the device, I am testing the device and this is my own assessment of how it worked for me.  The original lima worked okay but was very buggy.   The current Lima Ultra is much closer to what they promised than the original lima.  I have read countless reviews on the devices, both original and Lima Ultra.  I have transferred multiple files and tested my own home network and I have never obtained the promised speeds.

Additionally, everyone talks about streaming videos.  Without talking about DRM stripping (I am not advocating doing that) the files in iTunes are protected and cannot be played in this manner.  Personal videos will transfer to the photo roll and will play just fine.  The data transfer speed is markedly superior on this device.  Once I get my Ethernet switch I am going to combine my Lima Ultra and my Lima original.

The online help is actually quite good if you give it a chance.  The Lima Ultra data storage, data accessibility appears to be much more stable over the past 2.5 weeks of testing.  After doubling up on the devices, this should increase redundancy and eliminate the complaint of a single hard drive failure (THIS DOES HAPPEN).  The team tried to gather information over the past few years to provide a better experience for the end user.  As stated, there were issues with the Kickstarter and people are going to dislike the product for that reason alone.  For the average tech user, this device will serve a purpose and seems to do it pretty well.  More advanced NAS have more advanced features.  I warn you, never trust a single hard drive with critical information.  Redundancy is key.  A fire can wipe out an entire home.  So having multiple backups in a home, though safer, can still be lost.  That is the beauty of the cloud.
This can be a very powerful alternative to Dropbox and shutter fly, etc. As stated in my previous review, I do have a Synology Diskstation ds416J.  Having worked with the NAS for over a year, I can say that the Lima Ultra is incredibly easy to use.  A one-time fee of $129 dollars will save you the monthly dropbox fee. 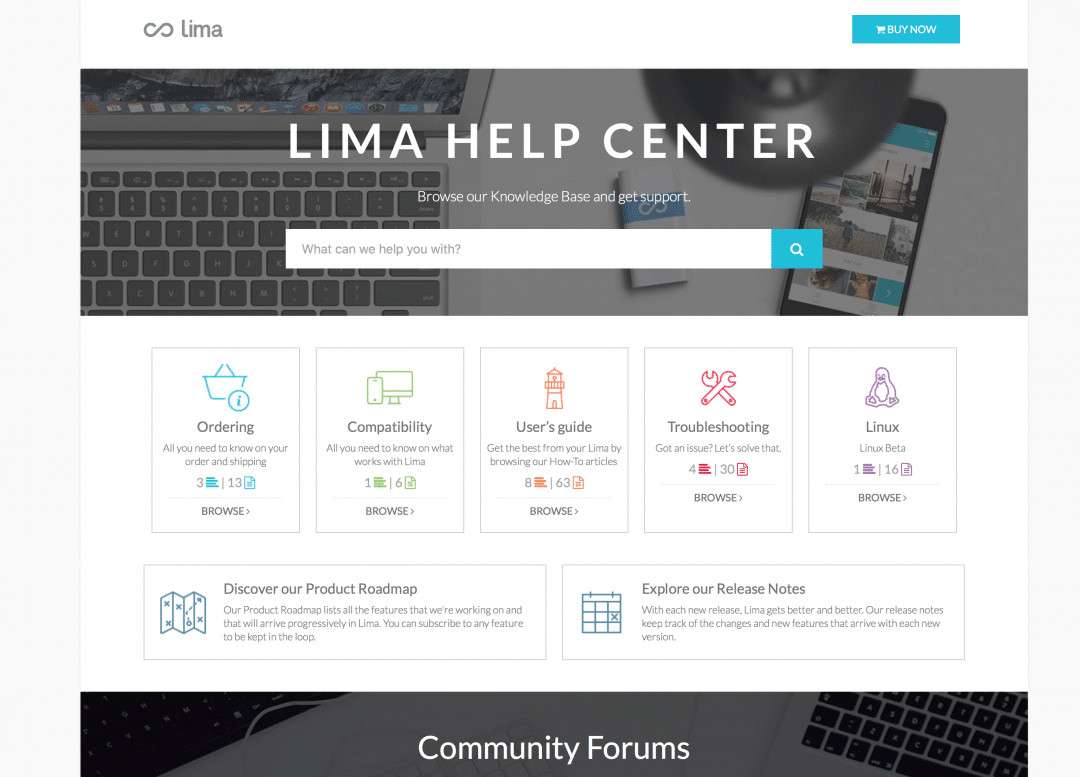 Additionally, the data is yours and not visible to other sources.   If needed, you can create an automatic offline storage of the lima through the Lima Preferences window advanced settings.   Personally, it seems that the team at Lima has worked to shore up the weaknesses of Lima 1.0.  I am pleased with the device and it works for me.  Overall I rate the device at 4/5 stars.