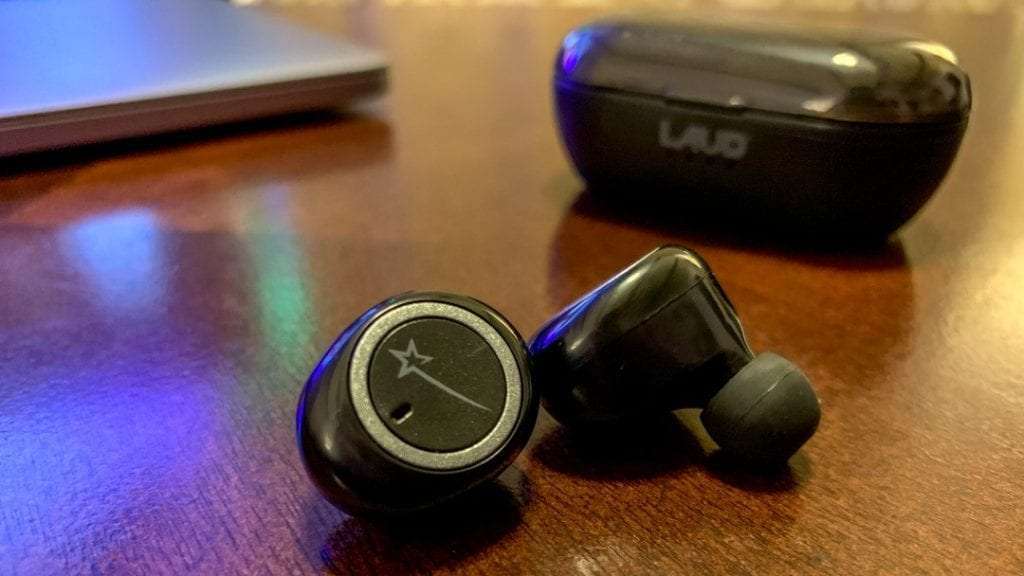 Portability is key these days. I’m constantly amazed at how small everything has gotten — even in the last 2 years. As a child growing up in the 1980s/1990s, I remember when CDs became portable through the use of Walkmans. We were tethered to our portable music players by cords that stretched up to our ears and now, we have wireless options for nearly everything — even headphones. For the past few days, I’ve been testing out the Laud Airwave True Wireless Earbuds from Lax Gadgets. They are small, lightweight and 100% portable.

These Bluetooth earbuds weigh only 3 grams and are very compact. They are designed to provide ultra-high definition sound quality and can be used with either Android or Apple systems. They feature Bluetooth 5.0 and produce sound with deep bass and crystal clear treble. With a reported distance of 10 meters, you should have no trouble using these earbuds even when you are in a different room and separated from your connected device.

I have a hard time with earbuds sometimes. I’ve discovered that it takes a very special type of earbuds to fit just right so that it’s secure, but not uncomfortable for me to wear for an extended period of time. The Apple AirPod style and size is just about right for me and so most in-ear headphones end up causing discomfort and are nearly unbearable for me to wear. So, the first thing I really took into consideration was the fit/comfort level of these earbuds. These Laud Airwave Earbuds actually have a really nice fit to them. They come with three sets of ear gels – small, medium and large. The medium ear gels are already installed on them out of the box, but swapping the ear gels are pretty easy. Once I changed the gels to the small option, the earbuds sit comfortably inside my ear canal. They don’t seem to go too far into the ear canal and they don’t cause the ‘vacuum’ effect that some earbuds do.

Out of the box, I noticed that the charging case had some small scratches on it. The packaging is decent enough, but the front of the case still had some imperfections on it. The earbuds were not shipped inside the charging case and had a minimal charge out of the box. In addition to the eargels, charging case, and earbuds, a Micro USB and user manual was included in the box. At the price point at which these earbuds are being sold ($59.99 at the time of publishing), I was a little disappointed that this case didn’t charge with USB-C.

Getting started was a bit of a hassle. The earbuds didn’t pair together automatically out of the box. One of them was available in the Bluetooth menu of my phone, but the second one didn’t pair to the first earbud until I went back into the Bluetooth menu of my phone. It wasn’t a difficult process, but a bit of an annoyance considering most earbuds pair as one unit to your connected device (in my case, an iPhone XS).

The sound quality I felt was above average for earbuds. I listened to several different styles of music and watched some videos with dynamic soundtracks and I found that no matter what I listened to, the sound quality was consistent. I did unfortunately experience quite a bit of drop out. The sound seemed to cut in and out frequently. I was listening to some streaming music for less than an hour and there were several drop outs. The music would simply have a break and then it would come back on. In addition to the drop outs, audio was out of sync when I was watching streaming videos, too. I had a television show playing on Netflix and didn’t have any issues with the audio syncing properly as I played it through Bluetooth speakers, but as soon as I switched over to the earbuds, audio was about a second behind the video playback. I tried a couple of different solutions to fix the sync issue, but the video/audio was just ‘off’ when I was listening through the AirWave earbuds.

After trying the earbuds on, I had some high hopes that maybe I had found a good set of ‘real’ in-ear headphones, but unfortunately, they fell short of my expectations when it came to the sound quality department. It is possible that I received a defective set of earbuds, but I would exercise caution if you choose to purchase these earbuds. If you have issues like I did, I would recommend taking advantage of the 1-year warranty that comes with these earbuds. 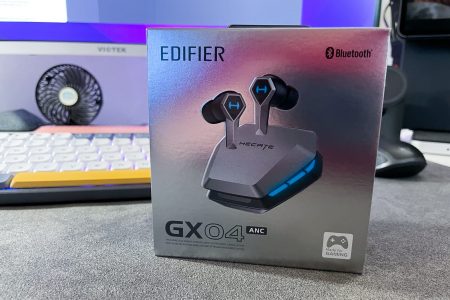 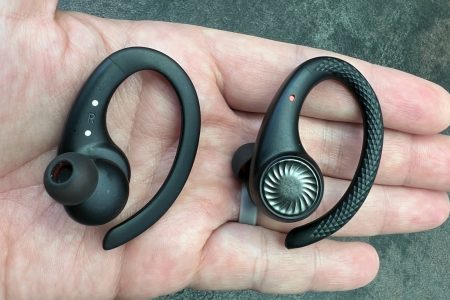 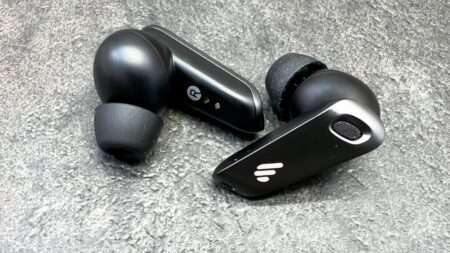