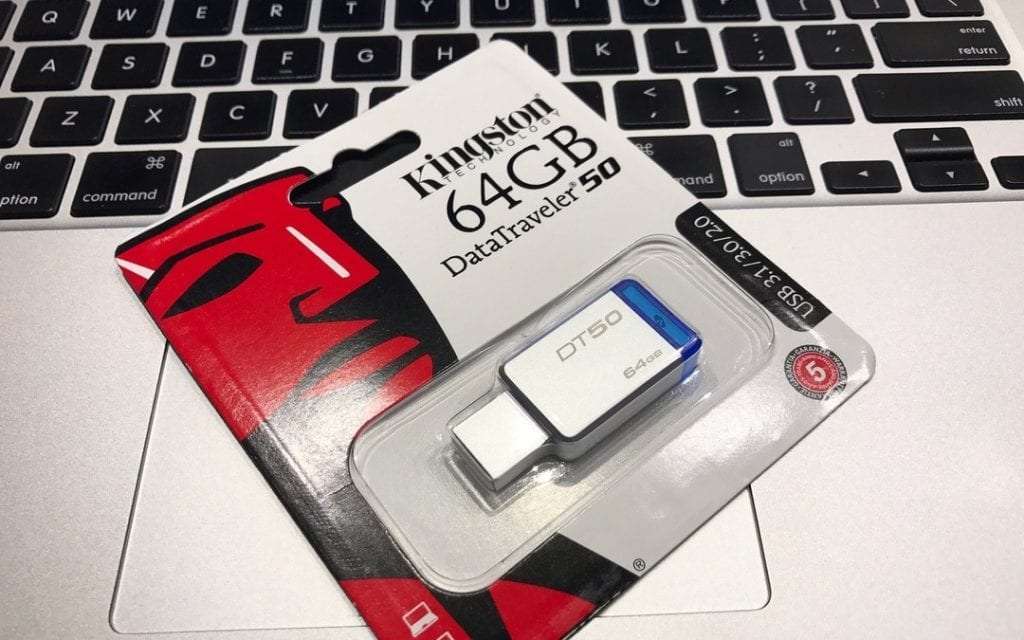 DataTraveler 50 is a durable flash drive with enough space for all your files.

In the not so distant past, I found myself fumbling with multiple 2.5″ floppy disks in order to save a term paper I had been working on. This was the story for so many students at that time. We were on the edge of the USB flash drive revolution and they weren’t mainstream yet. Floppy disks were still the way to go to for transferring data back and forth between a personal computer and a computer lab somewhere on a college campus. Back then, those archaic storage devices only held 1MB each so you sometimes had multiple disks with you depending on the size of your project. I still remember getting my first USB flash drive — it had a whopping 28MB of storage space! My how far we’ve come. Now the standard minimum size for flash drives is 1GB with the average size being 16 or even 32GB. Today, I’m very excited to review the 64GB DataTraveler 50 USB drive from Kingston. 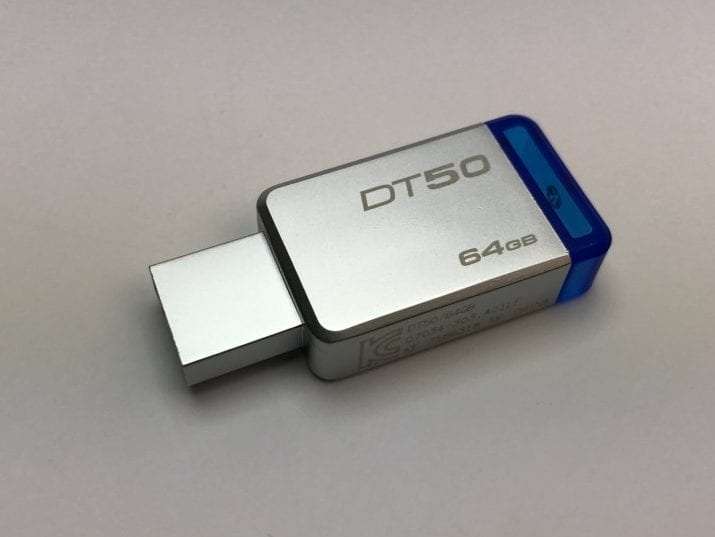 Several months ago, we reviewed the DataTraveler Micro Thumb Drive and were impressed with its powerful storage capacity in such a small case. The DataTraveler 50 has many of the same characteristics as the Micro version, but it has a slightly larger body. For starters, the DataTraveler 50 (DT50) weighs a little over 8 grams. It’s designed to be lightweight and compact so that you can take it with you anywhere. The DT50 features a capless design, which makes it less complicated to use. The drive uses USB 3.1 transfer speeds and is compatible with USB 3.0 and 2.0. The drive is available in five different size capacities — each one is defined by a different color.

I rather like the distinction between the sizes and how they coincide with a color. This makes it easy to pull out just the right flash drive when you have multiple versions of the same product. The body of the flash drive is metal to ensure that it’s as durable as possible. 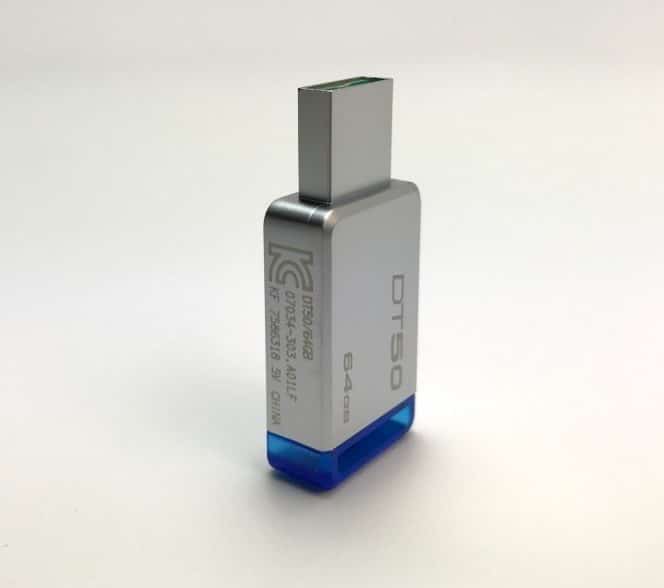 For testing, I used my MacBook Pro (Mid-2014 version). The drive mounted in about 3 seconds and appeared as a hard drive on my desktop. The drive was labeled “KINGSTON” and did not have anything pre-stored on it. For speed testing purposes, I transferred a file that totaled 20.54GB. At first, it looked like the transfer would take 28 minutes, but within a few seconds, the time dropped to 5 minutes. As the transfer progressed, I saw the estimated time fluctuate, but my stopwatch ended up showing a total transfer time of 20:22 minutes. That’s about 1GB of data per minute. I did find that after the transfer was complete, the drive was a bit warm to the touch. 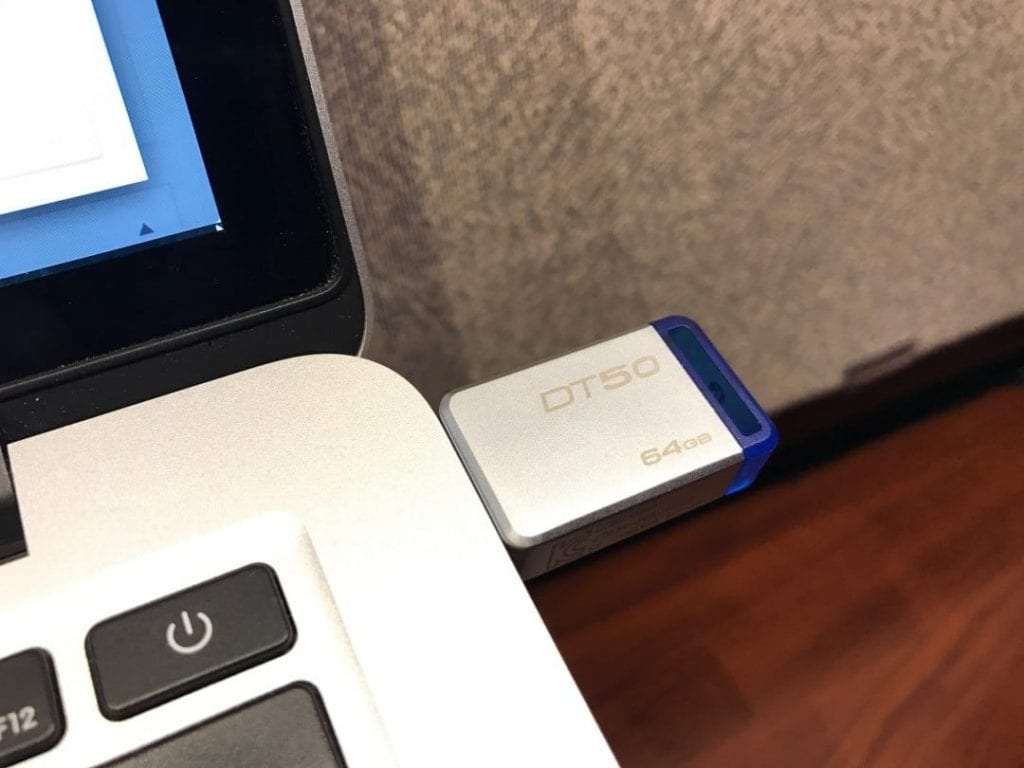 The Kingston 64GB DataTraveler 50 is a very nice flash drive. It is small for convenient travel, but durable so that you don’t have to worry about it being damaged. One thing I’m not a huge fan of is the lack of covering for the tip. I know that capless is preferable to some people so that you don’t have to keep track of a cap all the time, but I worry about the collection of dust, dirt, and even pocket lint with a flash drive. That said, it’s a hearty little flash drive and it’s very easy to use.
BUY FROM AMAZON