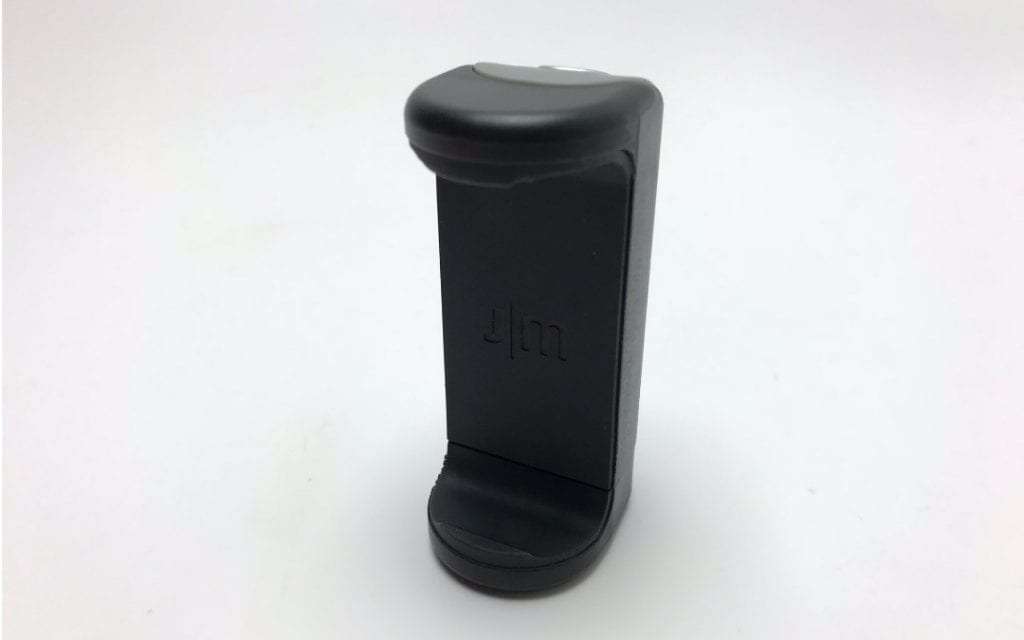 Grab-and-go camera control for your smartphone.

Not too long ago, I found myself along trying to shoot a video. Everyone has been there and needed a remote shutter for their camera. If you are using a DSLR or other non-mobile phone camera, then you will likely find this accessory easily in a camera store. Those of us who rely on our mobile phone cameras though have a bit trickier time finding a remote for our cameras.

There are Bluetooth remotes available, but some of them are poorly built and easily lost. Accessory designer, JustMobile has launched a Kickstarter campaign for their most recent product, the ShutterGrip. This remarkable device actually solves two problems in one. First, it fills the need people have for a Bluetooth remote and second, it provides users with a smartphone mount for tripods. It’s an innovative little device that really adds to the iPhonographer’s toolkit. 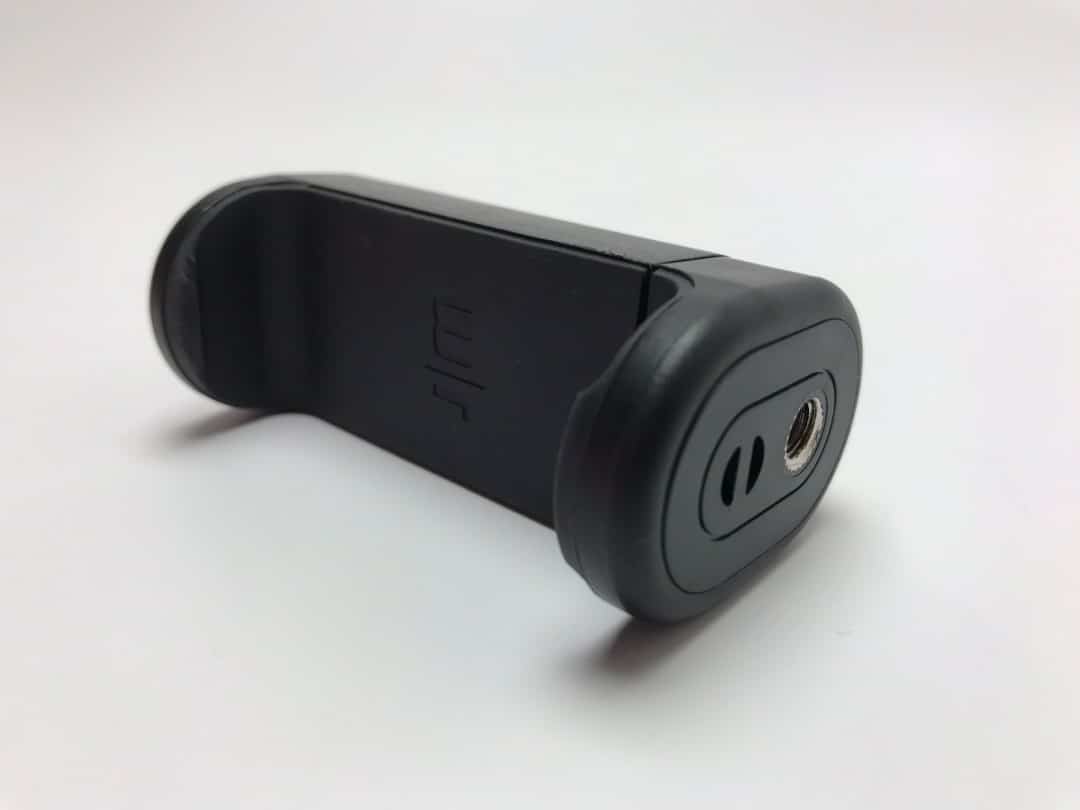 With the thought in mind that “the best camera is the one in your pocket” JustMobile designed this camera grip to help smartphone users become better photographers by arming them with the right type of shutter for their camera. Some of the ShutterGrip’s features include: 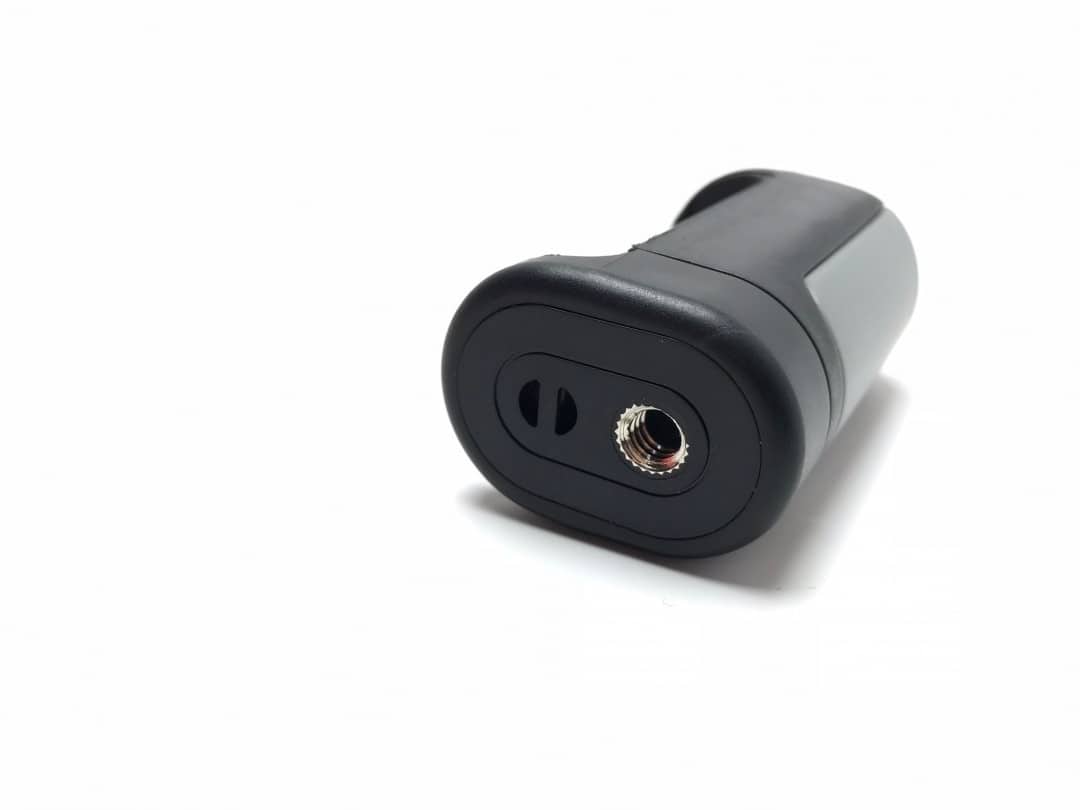 The ShutterGrip supports smartphones running Bluetooth 4.0 or later and has volume keys that will act as a shutter release key. The battery is a CR2032 Mercury battery. It’s commonly found inside watches or devices like older white Apple remotes. With a new CR2032, the ShutterGrip should have approximately 6 months of continuous use and 18 months of standby time. The device has a built-in power saving mode that perseveres power and increases usage time. Installing the battery is easy. You simply slip the battery door off the remote portion of the ShutterGrip and slide the battery into place.

Using the ShutterGrip is very easy, too. To get started, you make sure the battery is in place inside the remote. Then you mount your phone inside the grip. To activate the Bluetooth/power of the remote, you tap the shutter button. The LED on the front will blink green to let you know that it’s in set-up mode. From here, you go to the Settings app on the iPhone and visit the Bluetooth menu. The new device should appear as GP-100. Once you select that, you might see a prompt that states that you should accept the pairing request. The remote should connect and you can begin using it. 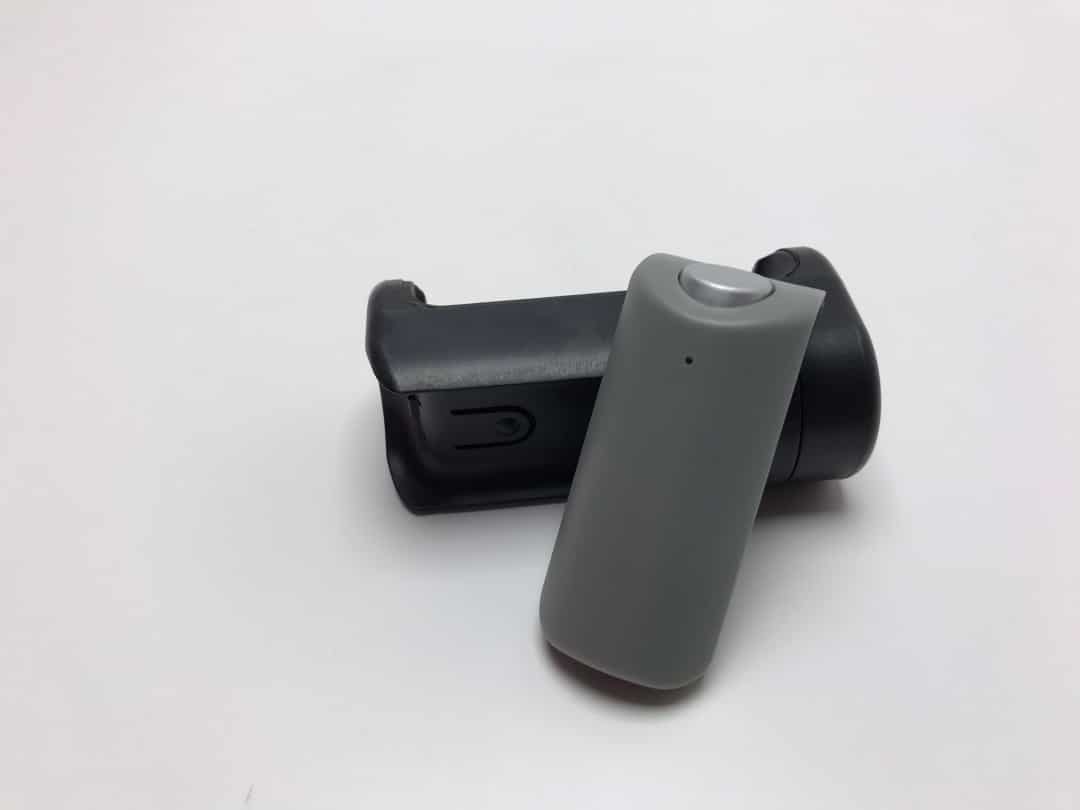 My personal use of the ShutterGrip has been quite successful. Set-up was quite easy even though I had a little bit of a communication error between the remote and my phone the first time I tried to pair the two. The issue cleared up and I’ve not had problems since. I love setting my phone up for photos and being able to easily snap photos from the remote. It really makes tasks a lot easier. The remote fits very well in the hand and transporting the ShutterGrip is simple. It’s very lightweight and compact. I love being about to just toss it in my pocket and go. 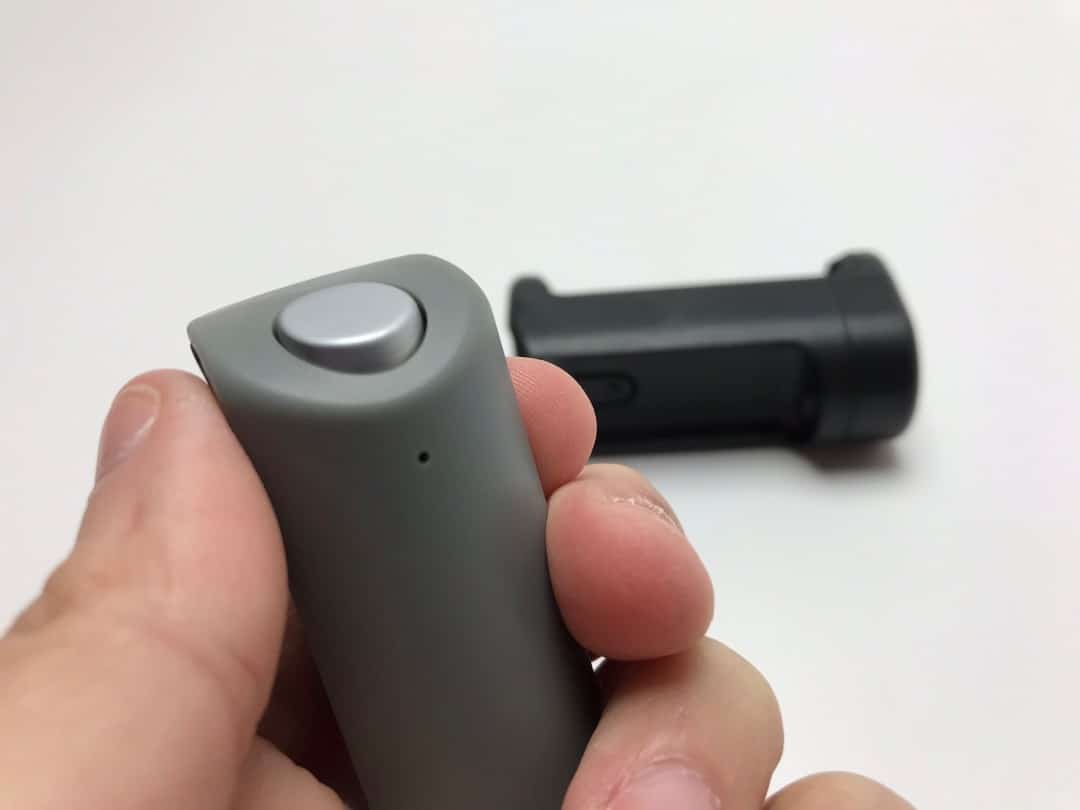 ShutterGrip is a great little product. JustMobile is in the midst of a Kickstarter campaign with more than 20 days left. They are more than 1/3 of the way to their $20,000 goal and could still use supporters. Visit their Kickstarter page here.