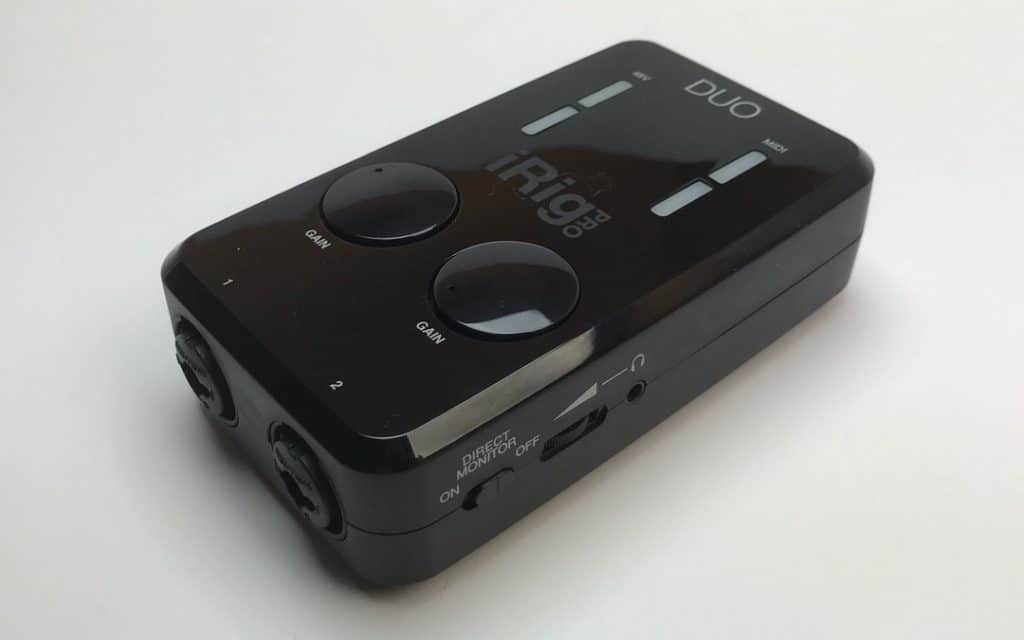 As a child of marching band, I am very familiar with instrumentation and the concept of synergy within a musical composition. I used to create that unified sound in a room with 120 other band students. But, recording artists and musical producers have been using technology to help harmonize pieces of music together since the early 80s. MIDI (Musical Instrument Digital Interface) is the technical standard used to allow various musical instruments the ability to talk to one another. Once an instrument is entered into the MIDI interface, you can control its notation, pitch, velocity — in short, you can compose through a MIDI device.

Now imagine that you create best out in nature. You can take your guitar and just be among the forest and the trees and write. Can you record your compositions on your phone using an audio recording app? Sure, but you won’t be able to manipulate it later. With a portable MIDI device, like the iRig Pro Duo, you can.

The iRig Pro Duo was designed to allow musicians to record music anywhere they may be. It’s universal, ultra compact, and completely mobile. While it’s designed for ‘on the go’ recording, you can also take it into a studio setting. The device delivers high-quality 24-bit audio no matter where you record. The iRig features 2 channels with XLR/TRS combo audio jacks and phantom power for most devices you will connect to it. 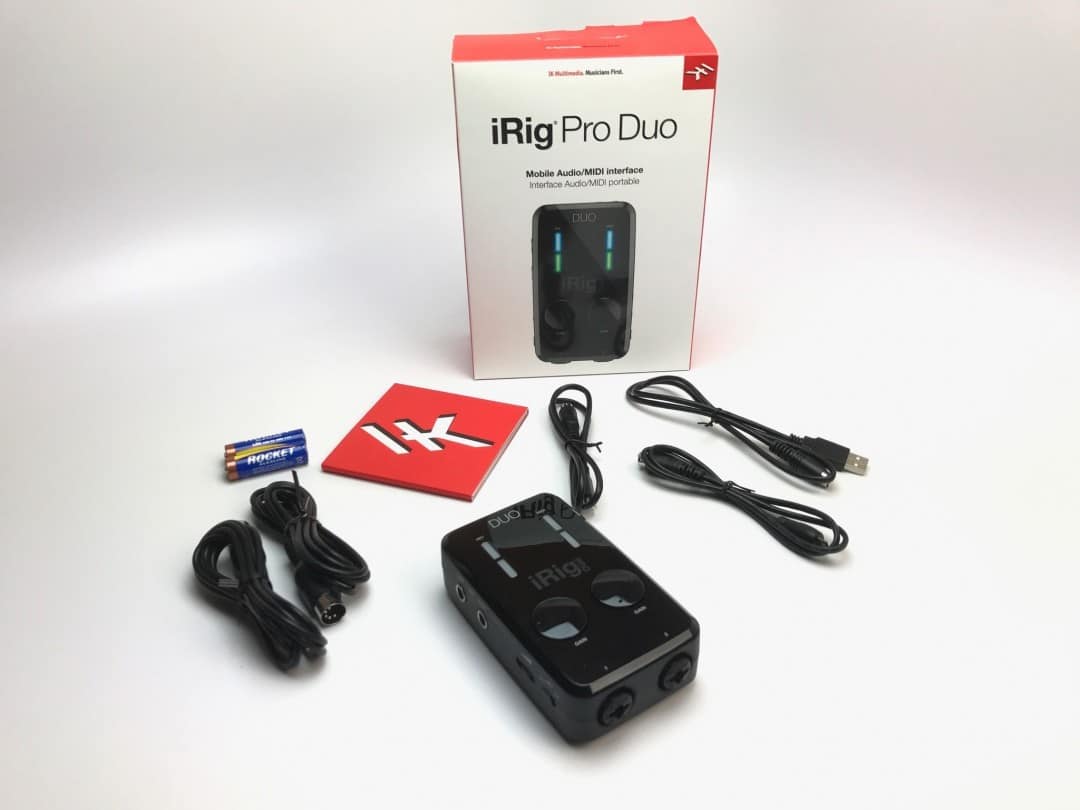 First Impressions
When I first received the iRig Pro Duo, I wasn’t sure what I was going to use it for. The truth is that if you aren’t a musician you probably won’t have much use for it, but those who record and write music will love having this as a truly mobile option for capturing music. The box of the iRig is branded with IK Multimedia’s logo and colors (red and white mostly). The side of the package shows the main features of the device:

The opposite side panel shows suggested apps you might use to work with the iRig like – AmpliTube, VocaLive, iRig Records, Sample Tank, etc. And the back of the box has the diagram of the iRig device itself. The interior of the box houses the iRig device along with the designated paperwork (user guide, registration card, and product catalog), a box full of cables (2 XLR/Stereo mini, Lightning adapter cable, Micro USB adapter cable, and a standard USB adapter cable), and a pack of 2-AA batteries. 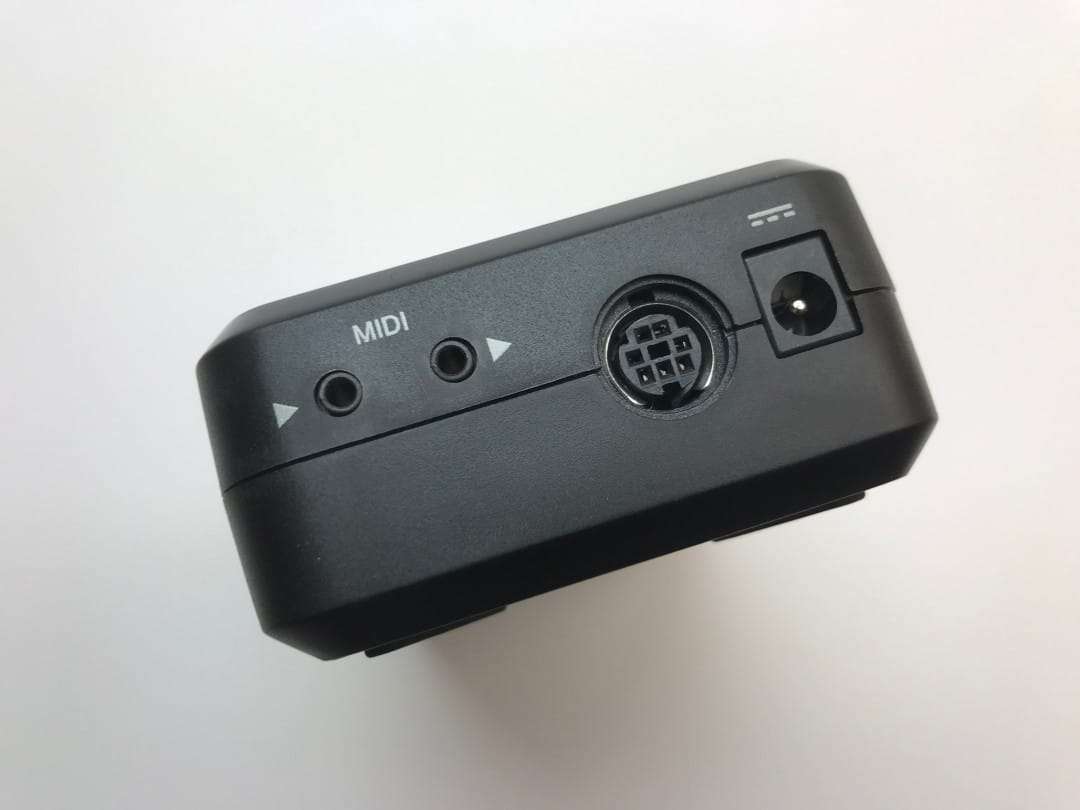 The iRig Pro Due feels solid. It’s primarily made of plastic, but it’s heavy-duty feeling. When I first took it out of the box, I was a bit surprised at its real size. I would judge it to be around four times as thick as my iPhone 7 and just a little bit shorter than it. In general, I like the design of it. IK Multimedia did a good job of distributing the ports around the body of the unit. With so many cable options, it would be easy to get cables tangled up.

Testing
Being that I’m not all that well-versed with recording music through MIDI devices, I was a little confused about how to get started. I like that there is a pretty easy connection interface (as evidenced by the device itself), but when it came to the download of software from IK Multimedia, I had some issues. Their user interface for download isn’t the friendliest and if you are a beginner when it comes to this arena, some additional tutorials or instructions would be helpful when using the apps. I was, however, able to find an app on the Mac App Store that worked famously for testing out the recording capabilities of the iRig Pro Duo. 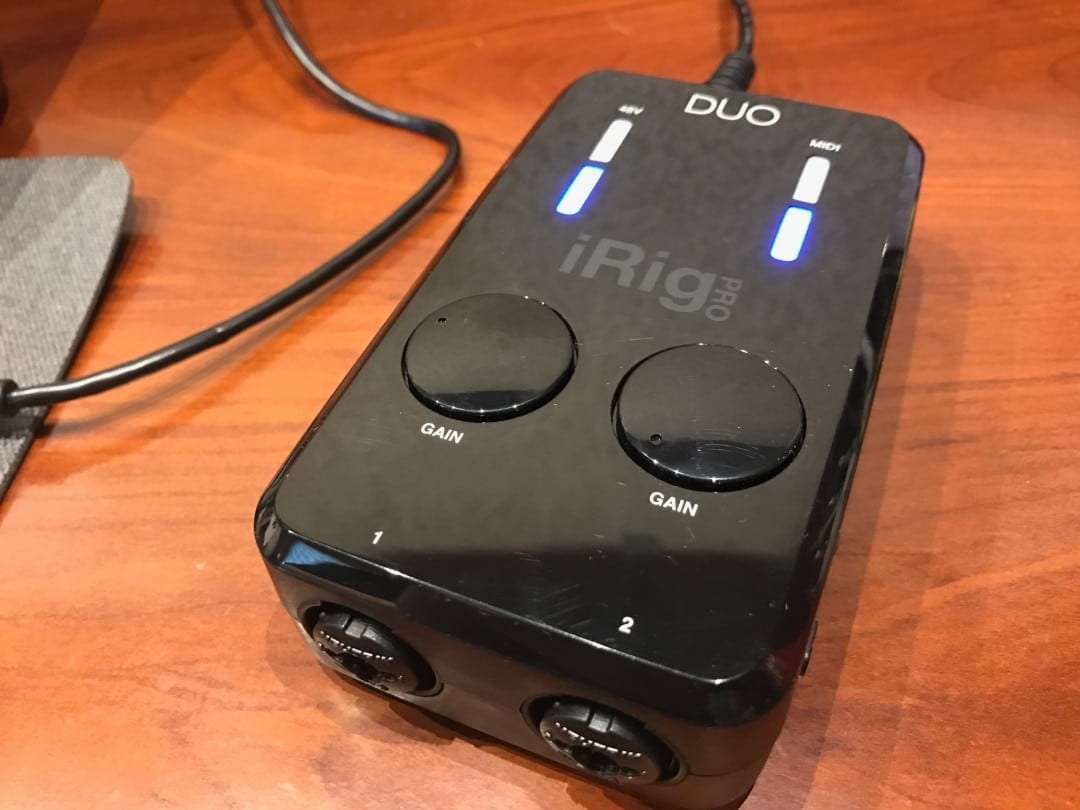 I was very impressed that the iRig was immediately recognized as an input device without having to change system settings or anything like that. From the recording app I found, I was able to connect record audio from a microphone through the XLR inputs on the device. The gain controls on the Pro Duo are great for setting an input signal level. They don’t get knocked around too easily so they stay set once you put them in the place you want them and the devices don’t slide around on a table top too much. This is handy while you are recording because there are potentially a lot of cables plugged in and the Pro Duo could be moving around a lot affecting the connections. There are small rubber feet on the bottom that help traction on surfaces. I found that the recordings I made were a good quality and I’m excited to see what else I can do with it in the future.

Summary
All in all the iRig Pro Duo is a very cool device. I think it will be most useful for music professionals or even for music teachers. For a dabbler like me, it’s a bit too advanced for me to really benefit from using it. I do like its simplicity of use and how easy it is to use with the Apple ecosystem. These are things that the iRig line from IK Multimedia does very well. The device is lightweight and easily transported with other recording gear. I think it’s a slam dunk for composers and other musical gurus.
BUY FROM AMAZON