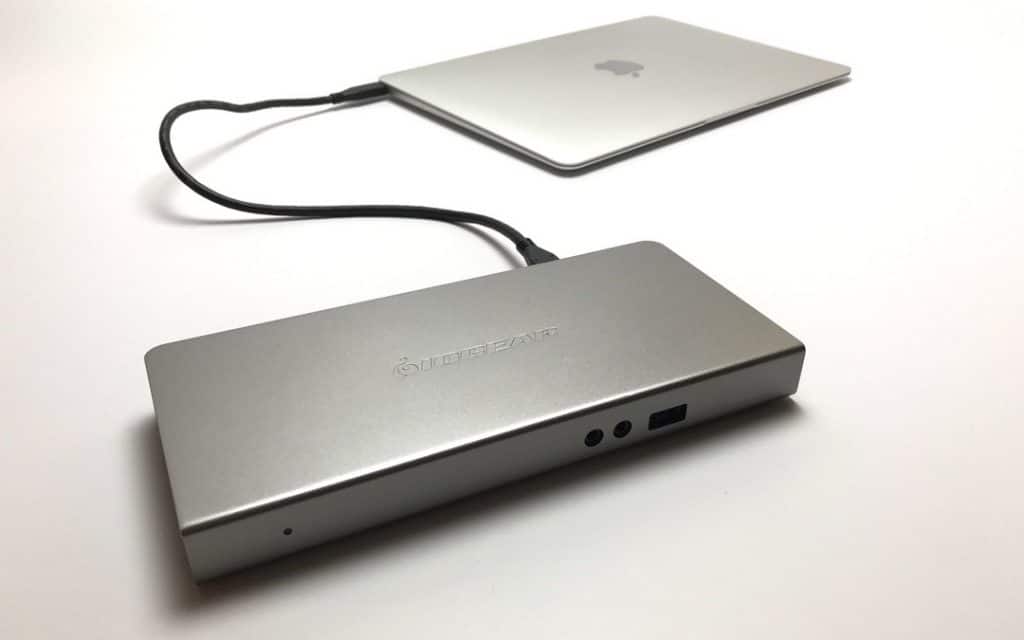 IOGEAR docking station delivers power along with a solid design and peripheral connections.

For the past year or so I’ve been trying to maximize my office space and make it an easier place for me to work. I’ve tried various ways of rearranging my office furniture and adding productivity-friendly accessories. I finally had my office in a pretty good state and then I upgraded to the 2016 MacBook Pro. This presented me with a new set of issues because of the USB-C connectivity. Suddenly cables and hubs I had in place required a new set of adapters just so I could connect my new laptop to my monitor, speakers, and other various peripherals in my office. Because I hate cable clutter, I began looking at advanced docking systems like the USB-C 4K Docking Station from IOGEAR.

This docking station is rather impressive as it offers a total of 10 different ports for the purpose of connecting your computer to your devices. The ports that are included are: 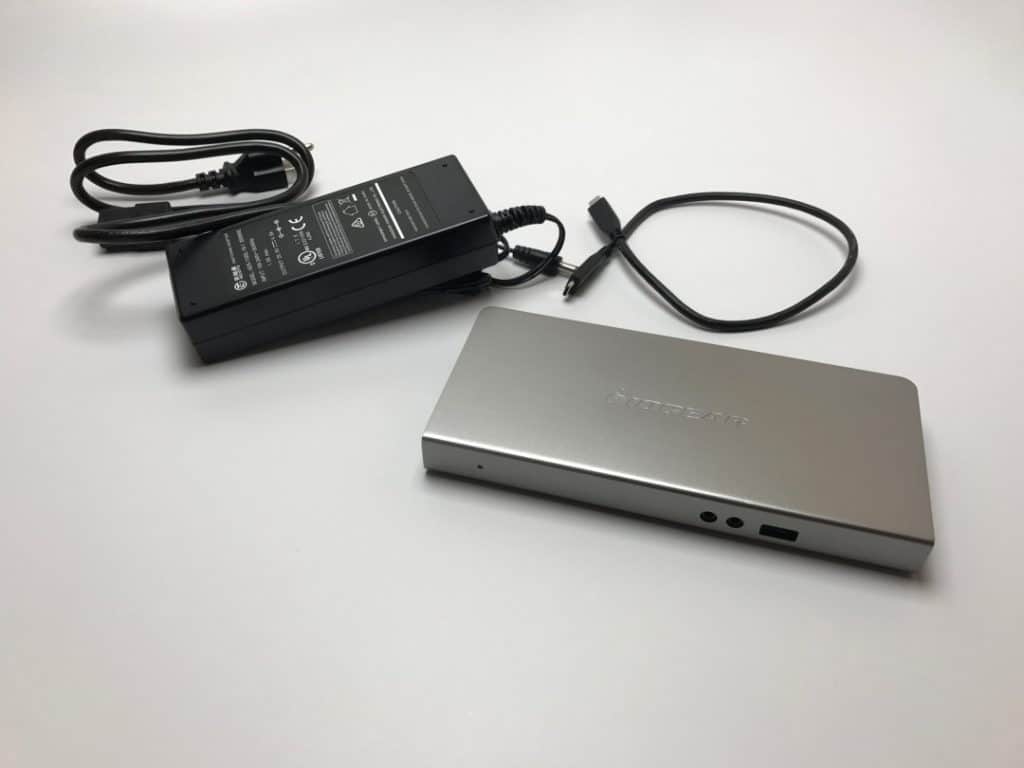 In addition to these ports, the docking station also comes with a power adapter (90W). One of the unique features of this device is the fact that it supports power delivery. This is something that I was really hoping to have with a dock because it would eliminate the need for a power brick. This is included with some docks, but it is rarely enough power for the 15-inch MacBook Pro which needs 87W. IOGEAR’s website states that the USB-C 4K Docking Station supports laptop charging up to 60W, which would work with MacBooks, but not my 15-inch MBP. This was curious to me because of the 90W power adapter. So, the first test I decided to run was to see what laptops the dock would actually power AND charge. In addition to the 15-inch MBP, I also have an HP Spectre 2-in-1 Touch Screen laptop at my disposal.

Plugging the power adapter up for the dock is easy. There is an extension cord from the power brick to the wall and then the brick to the dock plug. There is a green LED on the front of the dock that indicates when it’s receiving power. The light changes to red when it’s charging a laptop. The dock also comes with a short USB-C cable. My nearly dead HP laptop was the ideal candidate for this test. Now, this laptop only requires 45W. As it turns out, the IOGEAR docking station had no problems powering it and charging it. I did receive an on-screen warning from the Spectre stating that it’s recommended that you use the original power cable. After about 15 minutes, the battery gained 10% battery power from the dock. 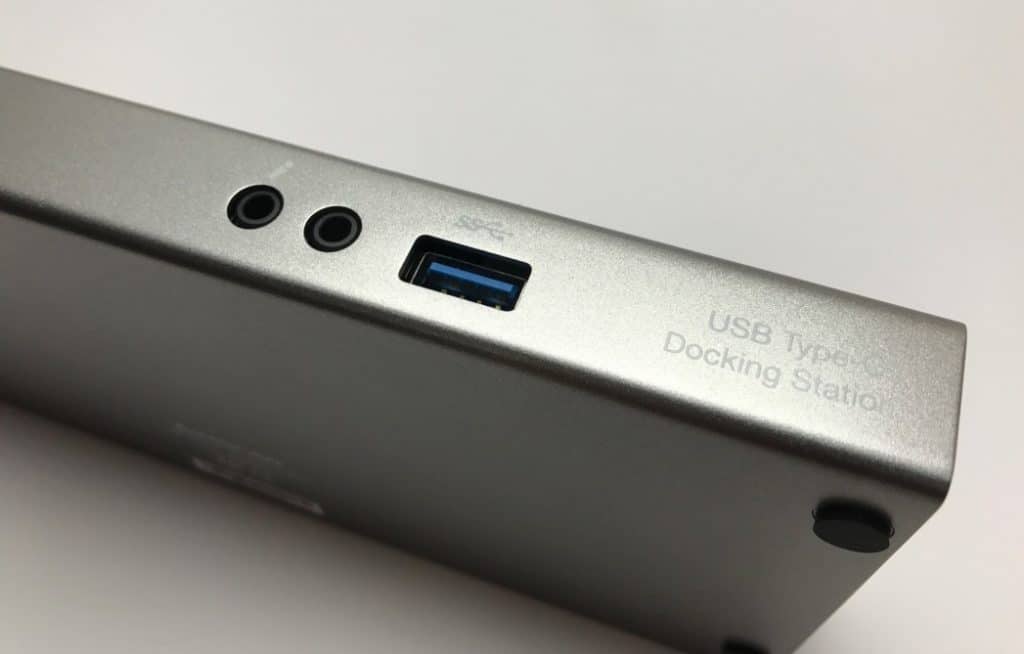 As for the MacBook Pro, when I plugged it into the dock, I was greeted with the familiar charging ‘ding’ and the menu bar indicated that the laptop was connected to a power adapter. I’m very happy to say that even though the website specs state it will only power a laptop up to 60W, that my 2016 15-inch MacBook Pro did receive a charge from it. After about 10 minutes, the battery had gained 3% battery power. The menu utility for the battery showed that it was plugged into a power adapter and receiving a charge. I’ve found that if a dock isn’t going to provide enough power to charge this laptop that there will be a warning note in the menu utility that states “not charging” and that wasn’t the case with the IOGEAR dock.

The rest of the docking system worked very well. I typically have at least one USB cable plugged into my laptop for my microphone, a display cable, and my power adapter. For these items, the IOGEAR USB-C docking station is sufficient. That said, I frequently have other devices or SD cards I need to plug in as well. This dock isn’t really designed for SD card data transfer, but the front of the dock does have a USB port. So, if you have a reader, you can plug it in there. 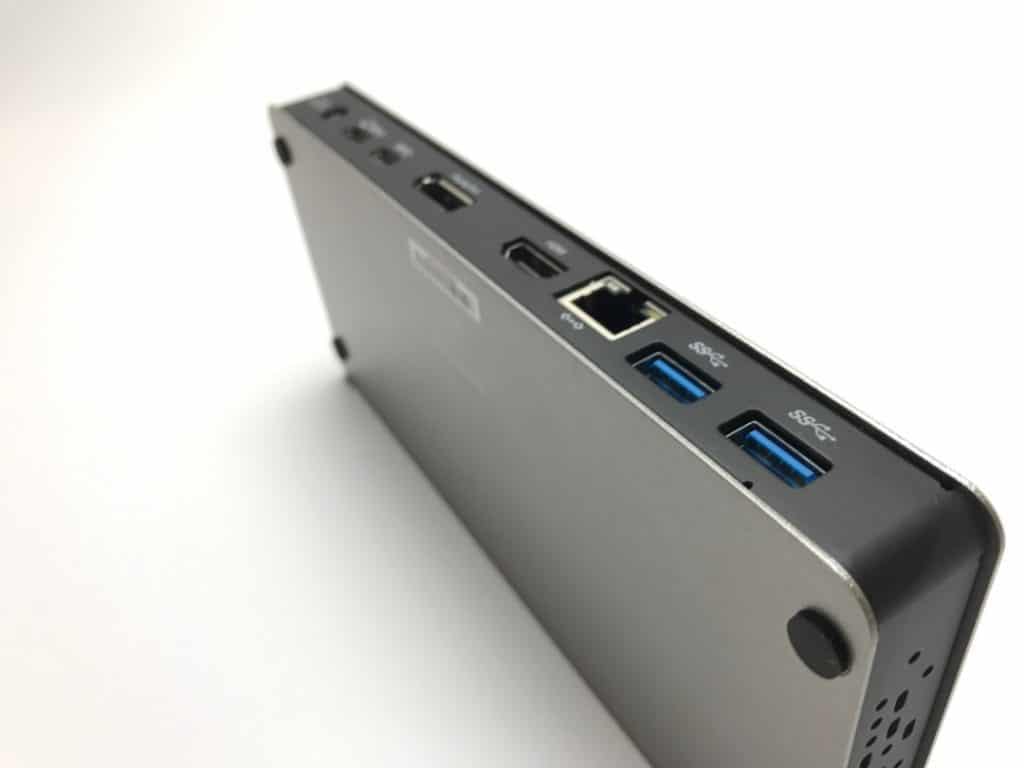 The only other issue I had with this docking station is the lack of Thunderbolt connections. Since I am a Mac user, I really love the ability to run my laptop in the Closed Clamshell mode with an external display. For this method of operation, you need a Thunderbolt connection. My display is an LG 34-inch UltraWide monitor that I specifically purchased because it’s compatible with Thunderbolt. This was one of the devices I had to modify the connection on in order for it to work with my MBP. I had to add a USB-C to Thunderbolt adapter to the mix. This solution works fine if it’s being plugged directly into the MBP, but not if you are going through the IOGEAR docking station. I found that even with the USB-C connection/adapter combination that the docking station doesn’t translate the signal and the Mac will end up giving you a warning stating that the accessory isn’t supported. Even though the docking station includes a Display Port and HDMI port, I find myself unable to really utilize the dock because neither of those connections supports the Closed Clamshell feature of the MBP.

The IOGEAR USB-C 4K Docking Station is a solid accessory for USB-C computer users. You do have to really take a look at what you need as far as inputs and connections, but this is a pretty complete docking station. I really love the style in which it was designed and how well it’s constructed.
BUY FROM AMAZON