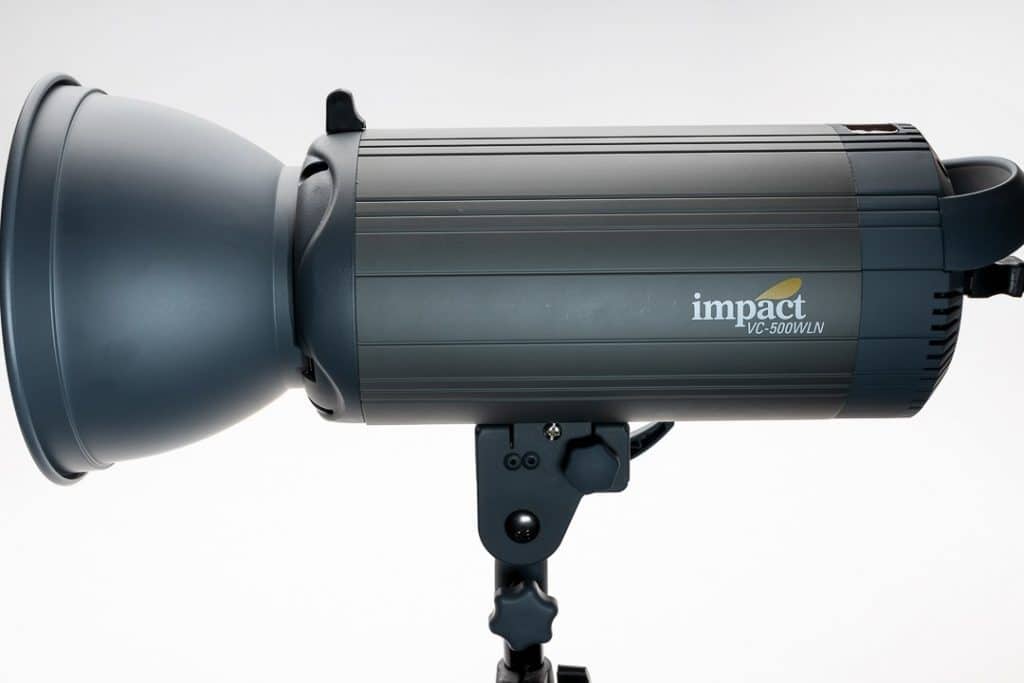 A powerful asset for any shoot.

As my photography business has grown, so has my equipment inventory. I started out with my Canon 5D Mark IV with a 24-105mm lens. Then, I realized that I needed a Speedlite to round out my lighting needs. At that point, I thought it was a good set-up for most things. I quickly realized that I wanted different glass to match the looks I was going for so I acquired additional lenses and eventually I added a Canon EOS-R too so that I could have the best of both worlds — mirrored and mirrorless cameras. Now, that I have collected five beautiful lenses to work with both camera bodies (24-70mm, 100mm Macro, 70-200mm, 15-30mm and 45mm), I am trying to round out my lighting game. I still have an amazing Speedlite and portable flash strobes, but I’ve recently been on the search for a studio monolight that would be good for tabletop product photography. I ended up finding a great option with the Impact 500Ws Monolight.

The 500Ws Monolight from Impact provides a powerful asset for any shoot. The monolight boasts a maximum power of 500Ws and has an incremental power control with 6 stops. The flash duration is 1/1200 to 1/800 seconds and it has a recycle time of 0.2 to 1.5 seconds. The color temperature is 5600K +/- 100K and it has a Bowens S Type accessory fitting. The modeling light that is included is tungsten and features 250 watts of power. The 500Ws Monolight has a built-in 16-channel wireless receiver with a 2.4 GHz frequency and a range of 328’ (radio). The light does automatically power dump when needed and it is fan cooled. The light is 5.45 pounds. The monolight features CMOS chip circuitry and a user-replaceable flash tube.

As I eluded to above, my photography business is growing. I started out taking simple product photos in our home studio and then moved on to landscapes, portraits, special events, and eventually, I was invited to shoot a wedding. While it’s still a work in progress, I think this Impact light is really going to make the difference in my product photos. As I researched lighting to add to my kits, I decided on a monolight for product photos because it’s self-contained and not a segmented component system. The 500 watts of power is enough for any size product and when you add a beauty dish to it, the spread is even and soft. It’s perfect. There are plenty of smaller lights that would have the same effect, but sometimes I have some larger products that need that extra pop of light that the high wattage really helps with.

My previous set-up featured a couple of softboxes and I was trying to clean-up the set-up but adding the one monolight that would be suspended over the table. I had some concerns about this plan since the Impact Monolight is nearly 5.5 pounds. But as it turns out, the c-stand was able to hold the light quite well and even though the light is on the hefty side, it’s actually in the middle of the road in comparison to other monolights (Godox SK400II: 4.6 pounds, Godox QS400II: 6.02 pounds).

As much as I like this light, I did notice some features that I hope Impact will improve on in future models. When comparing this monolight to other brands, I noticed that it only has 6 stops for incremental power control. Some other monolights have 10 or more. In addition to that, the monolight does not come with a wireless transmitter. It does have a built-in receiver, but the transmitter for this light is sold separately. Because of the size of my set-up, I did acquire the transmitter, too, and found that it worked quite well. I actually was able to piggy-back the transmitter on top of the Godox X2T-C TTL Wireless Flash Trigger and the Impact light was still triggered properly. This was a refreshing discovery because it meant that I could still use my Godox ecosystem and at the same time use the Impact light.

The only thing I don’t like about the Impact transmitter is that there is no display on it to show where the power is set on the light. You can control the power level from the transmitter, but until you take a shot, you don’t know what level you are using. In some cases, this wouldn’t be an issue because other photographers might have their light set-up so that they can see the display on the light, but for me, I couldn’t see it based on the light being suspended approximately 7 feet in the air on a c-stand.

One feature that isn’t really talked about much is how the light beeps when it’s ready to fire. Most monolights will do this, but a lot of photographers end up turning it off. What makes it stand out to me is that I can hear it — and I normally can’t. High-pitched beeps like seatbelt alarms in cars are outside my range of hearing. I have high-end hearing loss and unless I’m wearing hearing aids, I cannot hear those types of sounds. The ready-to-fire sound that the Impact light makes is something I can hear. That makes a huge difference to me.

The Impact 500Ws Monolight is a very cost-effective option for a powerful, but easy to use studio monolight. It has some great features and creates a great look for product photography. I don’t know if I would recommend it for on-location shoots, but for a stationary studio option, I love the function and output of this light.