How To: Find Purchases in iOS 11 App Store 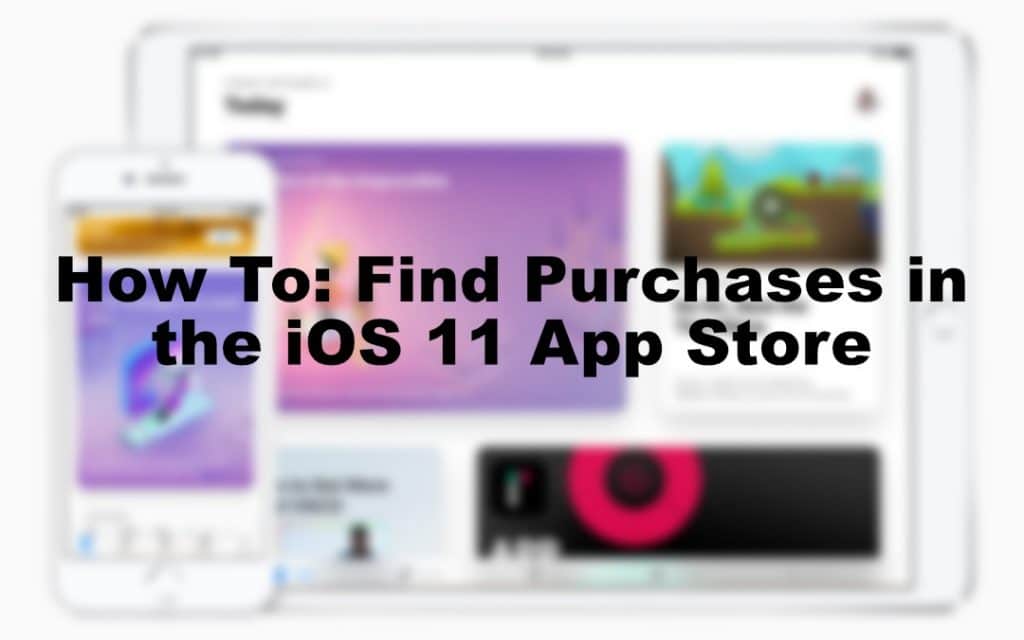 Some common features are hidden in iOS 11.

We’ve all come to expect that with major operating system updates come some quirks and bugs to work through. This is why it’s always important to backup your files or device before updating — because the entire world you are used to is likely to change. This has never been truer than it is now with iOS 11. Even though the mobile operating system from Apple is only a day and half old, many users are already finding those troublesome differences that will take some getting used to. One such difference is finding previous app purchases in the App Store.

I make it a personal practice to back up my iPhone and iPad to iCloud. I like to make sure that no matter which device I am using, I will always have access to the same files. And, when I get a new device or when I update to a new OS, I can immediately restore from backup without plugging in a single cable. Yesterday, when iOS 11 was released, I made sure my phone was backed up and then I began the install process on my iPhone 7 Plus. It’s a fairly painless process, but I found that I was experiencing some rather odd bugs with the update so I decided to complete a clean install of the device. After that, the phone was running smoothly.

The unfortunate thing was that meant I had to set my apps back up from scratch instead of automatically loading them from iCloud. So, I went searching for the “Purchased” option in iTunes to begin downloading my favorite apps. It was gone! I started hearing the same issue from multiple people. “What happened to the Purchases tab? How do I download the apps I owned before the update?” Fortunately, it’s not missing — it was just hidden in plain sight. When you open the App Store on the iPhone, which is completely redesigned, of course, you will see a profile image in the upper right-hand corner of the screen. When you tap on it, a new screen will appear with your App Store username, a note about the credit that’s available in your iTunes account, the options to Redeem or Send a Gift Card, and Purchased.

When you tap on Purchased, you will see two options — one for All and the other for Not on this iPhone. Even though I remember the names of many of my most used apps, it’s nice to be able to view apps that were previously purchased and downloaded on my iPhone or iPad so that I don’t forget.