The ultimate simplicity for caffeinated cravings.

I am what some would consider a moderate coffee drinker. I have at least one cup of coffee in the morning and then switch to water, tea, or soda the rest of the day. Sometimes in the late afternoon or evening, I’ll get one more cup, but for me, it’s not an all-day thing. I do enjoy good coffee and I really enjoy specialty coffees like lattes and cappuccinos. The problem with them is that you can’t enjoy them at home unless you have a special coffee maker. Fortunately, I was provided with the 3-in-1 Single Serve Coffee Maker from Gourmia so that I had that opportunity.

To be honest, prior to working on this review, I had not heard of Gourmia. Engineering cooking tools for a healthy lifestyle is their mission and they deliver. Gourmia doesn’t just make coffee machines, they have an entire range of products to make cooking easier. Like their name suggests, they develop high-quality products that will last. The 3-in-1 Single Serve Coffee Maker I had the opportunity to use was built very well and was in line with other design trends I’ve seen. 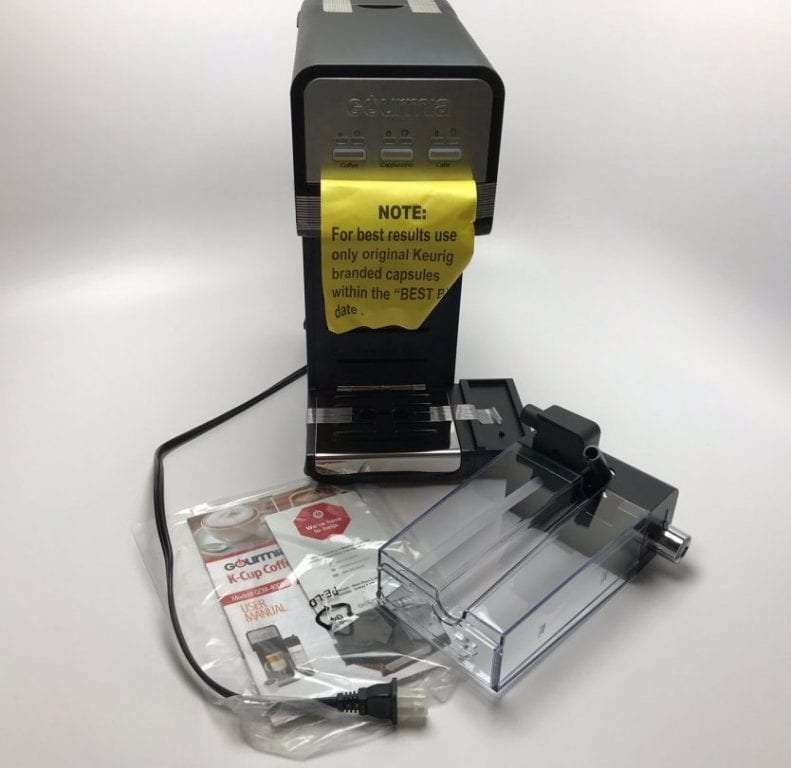 The coffee machine doesn’t take up much counter space, which I appreciate. It measures 11.4″x 8.2″ x 14″, which is close to a large Keurig machine. The 3-in-1 Single Serve Coffee Maker uses a standard power cable and includes a drip tray, built-in automatic milk frother, and three easy settings for making your favorite coffee drink. The machine comes mostly assembled, but the sections of the machine have to be snapped together after removing the packaging. It only takes about 5 minutes from package to coffee.

Since I am very familiar with single serve coffee makers and using them at home, this 3-in-1 Single Serve Coffee Maker was right up my alley. I like the simplicity that single serve units provide and finding one that can make more than just coffee is somewhat of a feat. A couple of years ago, we purchased a coffee machine that had a milk steamer attachment. This attachment was a separate pitcher that still required you to mix your coffee together manually. While it made some really good drinks, it was a little bit of a pain because it used different coffee pods than the standard K-cup. And that meant we would have to continue using a Keurig coffee maker AND the latte machine since they had different purposes. This problem is alleviated with the Gourmia 3-in-1 Single Serve Coffee Maker. With it, you can have plain coffee, espresso, or cappuccino and it’s all contained to one machine. 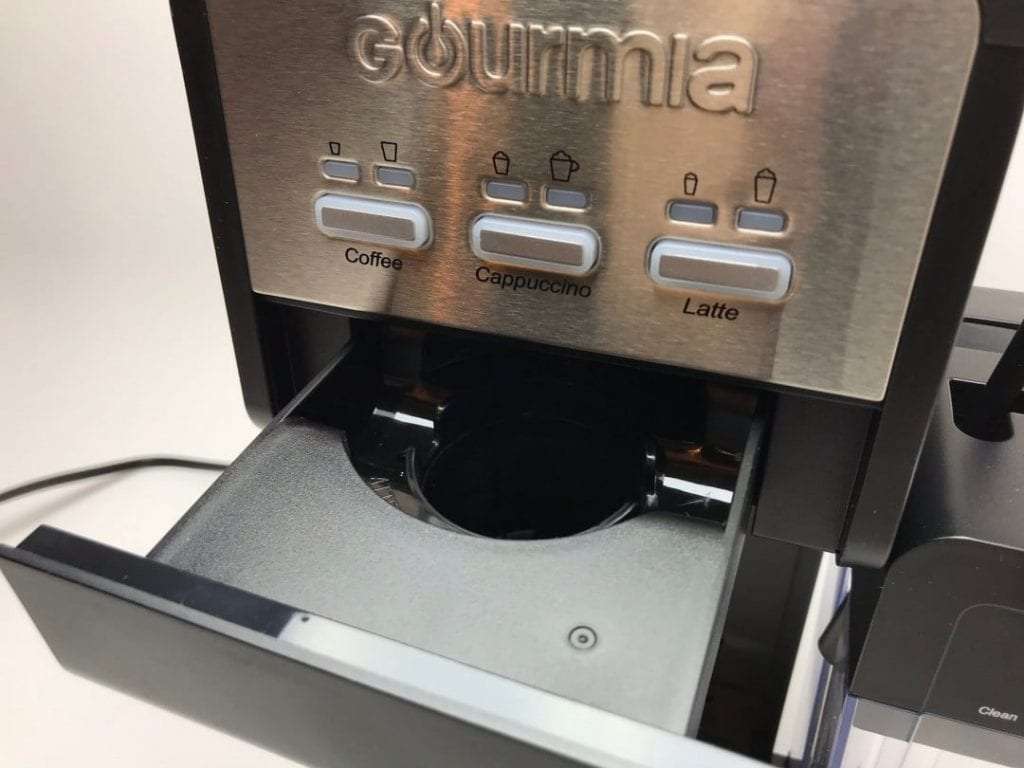 So, how well does it work?
The first drink I made was awesome. I made a latte and it was just what I expected it to be. Unfortunately, that wasn’t my experience every time. I have to admit that I had a couple of hit and miss drink experiences with the Gourmia. I might be just a little picky on this point and I’m willing to concede that point, however, the main issue I had with the coffee maker was consistency. One day I would make a cup of coffee and the cup would be filled up 3/4 of the way to the top. The next day, I would use the same setting and it would only end up half full. We discovered that a possible reason for this might be that I wasn’t leaving the coffee maker on. You see, the Gourmia has a sleep mode that it goes into when not in use. With that in mind, you can actually leave the on/off switch in the ‘on’ position so that it doesn’t always go into a startup mode. I did find that this helped with the coffee levels. 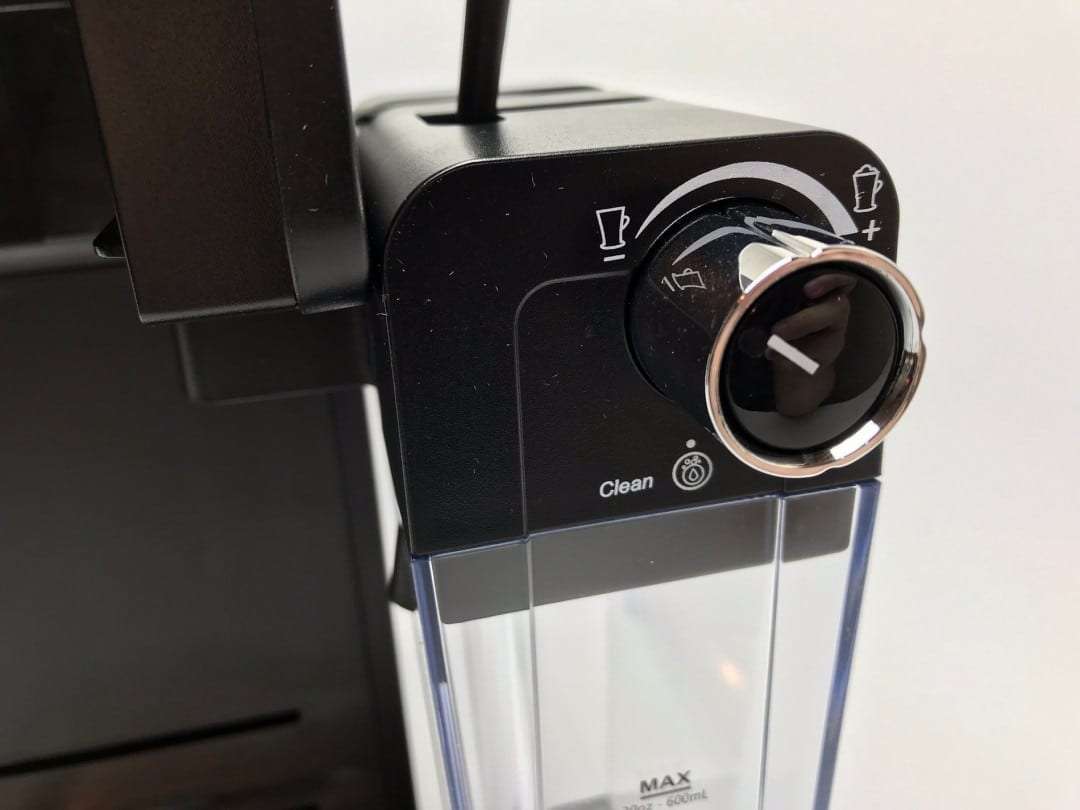 The other issue I had was with the milk frother. I made a couple of lattes with it and it was great! Then one day, I turned on latte mode, which meant the coffee was brewed stronger to accommodate the addition of the milk and the machine didn’t push out the milk like it was supposed to. As a result, I had to dump out the drink and start over. I never figured out what the problem was with this issue. The parts of the milk frother were not clogged, the milk reservoir was clean when I started and it was fresh milk. There was no reason I could see for that happening. While this is a minor issue since it only happened once, I did want to mention it because it caused me to distrust the machine’s latte abilities and subsequently, I quit using that setting because I didn’t want to waste materials.

The final complaint I have with this machine is that there is no warning when the water level is low. Even though the water tank is clear and you can see that the water is being used, I’d love to see an LED indicator built-in like the Keurig’s have. On more than one occasion, the water level emptied and continued trying to brew the coffee. A warning of some sort would be nice. 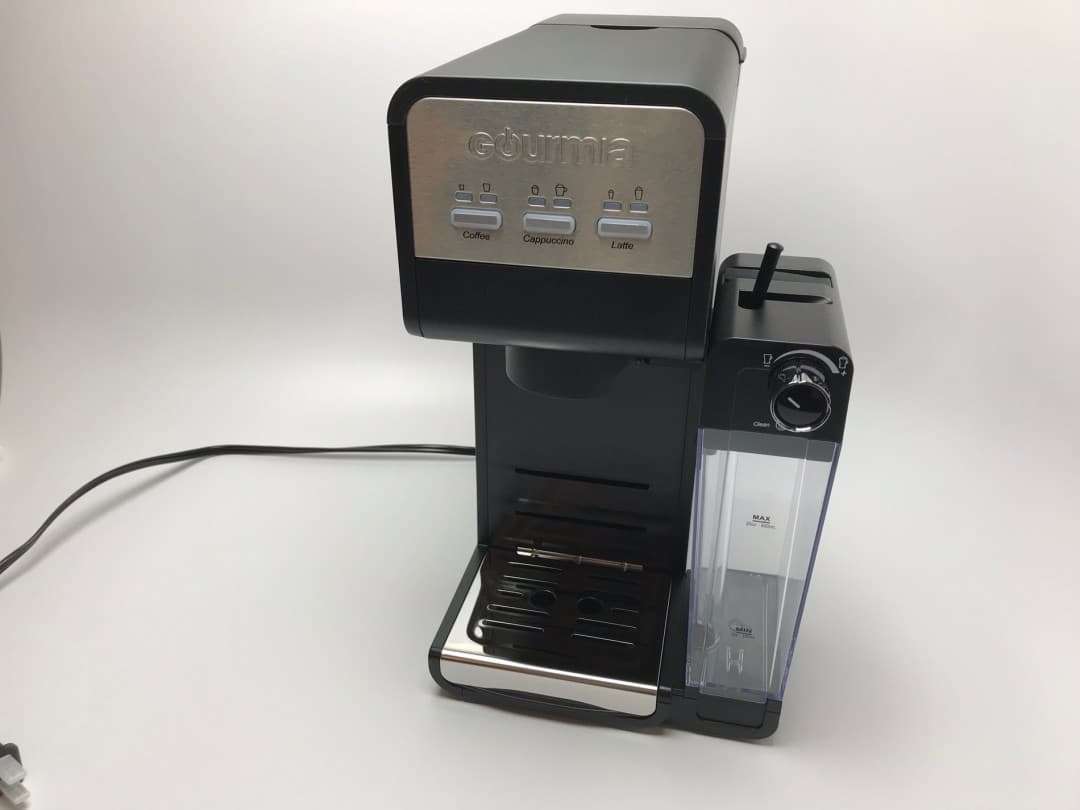 Even though I had my fair share of issues with the Gourmia 3-in-1 Single Serve Coffee Maker, I still enjoy the concept of it and love that it makes it easy to create coffee drinks without needing a specialized coffee pod. If used properly and carefully maintained, it can be a lovely addition to any kitchen.
BUY FROM AMAZON