A fantastic compact continuous light that packs a mighty punc

One of the most important elements of a video shoot is the lighting. If your subject isn’t lit just right, they can look washed-out or sickly. Proper lighting is essential for creating videos that speak to people. Unfortunately, a lot of good lighting options are bulky and too cumbersome to haul around for quick on-the-go shoots. This is the reason that Godox released the ML60 LED Light. It’s a continuous light that is designed to be hand-held for photography or videography.

The Godox ML60 is a daylight-balanced 60W LED lamp that provides you with a lightweight portable light. The light can be used indoors or outdoors and it works exceptionally well with fast-moving, run-and-gun production set-ups. The light weighs only 1.68 pounds (without the grip or reflector) and is compact and comfortable to use. The ML60 features reliable color rendering with a CRI score of 96+ and a TLCI score of 97+. In addition to providing dimmable daylight illumination, the ML60 also comes with built-in special effects that allow the user to simulate lightning, flashes, conferences, paparazzi, TV light, and a broken bulb. There are eight presets in total. The ML60 has a built-in Godox mount that makes it compatible with all Godox modifiers. It can also be used with an S2 mount, which makes it compatible with Bowens mount modifiers, too. The light has easy-to-use controls built into the back of the unit, but it’s also compatible with the RC-A6 remote. A fan is built into the light assembly to help keep the ML60 cool while it’s running. The fan is incredibly quiet — nearly silent — so it does not affect any sound recordings. Users have the option of running the light off of two NP-F batteries (not included with the kit) or using the provided AC adapter. The grip that comes with the light makes it easy to use the light handheld or mount it to a light stand.

The ML60 comes in a somewhat plain cardboard box with a Godox sticker on it. When you open the box, you’ll find a carrying case that houses the light and all its accessories. The light does come with a warranty card and instruction manual. I’m very happy that Godox included the instruction manual because even though the controls are fairly intuitive, it’s always nice to have a guide to follow.

The build quality is incredible and it’s something I’ve come to expect from Godox lighting. Even though the light is very small and designed to be handheld, it feels solid. It’s tough. I wouldn’t recommend dropping it on purpose, but one of the benefits of the LED light is that you don’t have to worry about a tube light breaking. I love that the Godox mounting system is part of this light, too since I have other Godox lighting on my gear list. The light doesn’t feel fragile but is still breakable if it suffered a hard fall.

This tiny light is smaller than a 70-200mm lens. I would actually say that it’s smaller than my 24-70mm lens. It’s very lightweight and very easy to handle. My fiance accompanies me on shoots as my assistant/second shooter and she remarked to me how nice it is to hold the ML60 over other lights. Now, it’s important to note that while the light itself weighs less than 2 pounds, you do have the added weight of the battery plate, batteries, and modifiers to deal with. I love that Godox is efficient with their lighting designs so that I, the end-user, can benefit from the size and shape of this miraculous light. It’s such a convenient size that I can throw it in a camera bag alongside my lenses and not have to reconfigure my bag for it.

The ML60, like other Godox products, can be controlled remotely or directly on the light itself. As a continuous light, I thought the controls were self-explanatory. There is a power button and two knobs on the back of the light. One knob is the ‘SET Select Dial’ and the other is the ‘DIM Select Dial.’ You use the SET Select Dial to choose the different mode you want to select and the DIM Select Dial to change the brightness of the light or to move through different menu settings. The display on the back of the light does a good job of showing the settings and the level of brightness you are using. It’s very easy to read. You have the ability to freely switch between the LED continuous mode and the 8 FX modes. The light can be adjusted precisely from 0% to 100% brightness and there are 16 groups and 32 channels to use with wireless remote control. While the controls are intuitive, I’m glad that I had the instructions available for the first time few times I used it.

Godox provided two powering options for the ML60 — mains or battery. The kit comes with a few different power cable choices and a battery plate that accepts NP-F batteries (NP-F970 recommended). I’ve used the light with both powering options and found that each works very well. I had the smaller form NP-F batteries and they did power the light for a short time. There are some photographer/videographers that states they have had bad luck with the smaller NP-F batteries though because they can’t handle the power draw from the light. That’s why it’s probably best to go with the recommended NP-F970 series batteries. The design of the battery plate — it attaches directly to the handle grip for the light — is ingenious. I absolutely love it because they don’t get in the way of anything you are shooting.

Even though this light comes in a tiny package, it provides a lot of powerful light. I took the light outdoors and used it to light up our front and side yards. I was shocked at exactly how much power I got from it. With a light this size, a lot of photographers would consider using it as a fill light, but it really does a great job pushing those 60W out to a subject. Given that you can adjust the brightness by 1% increments, you should be able to use this light for just about any circumstance.

One of the features I appreciate on the ML60 and its cousin, the AD300 Pro, is that it has the Godox mount built into the body of the light so that you can use it with Godox modifiers and accessories. Even though Godox doesn’t have many modifiers at this point in time, I love that the lighting systems by Godox are built as collections and not as individual, one-off lights. I currently have the Godox reflector and Godox AD-S60S dome. Within a few seconds, I can get the accessory mounted and locked into place so that I can begin shooting. The ML60 has a lock release near the top of the light that allows you to remove a modifier quickly and easily. Because of the light’s size and shape, you can also use the Godox S2 adapter with the light so that you can attach Bowens mount accessories as well.

I’ve had the opportunity to use the ML60 on a couple of unique occasions. First, I tested how well the light would work as a fill light on my daughter. She was gracious enough to act as a model for me while I tested this and other pieces of equipment out during a photoshoot. The example shown below illustrates how as a fill light the ML60 can be used. I show her in the shadow and then move the ML60 into the frame to fill in her face with light. As an outdoor fill light during the day, the ML60 did a great job.

I also used it while shooting the video for this review to showcase how easy it can be added to a light stand and used during video production. In that case, I ended up pointing the light directly at myself and filling in the shadows again during the daylight.

I also used this light indoors to light up a room in our house that was going to be used for a video shoot. You can see how well it lights up the corner. In that type of tight space, it’s great to have a small light that puts out that much power.

I’ve been a fan of Godox for quite some time now. As a photographer, I truly appreciate a quality lighting product and I quickly fell for the ML60. It’s the perfect continuous light for run-and-gun shoots and it can be used for a multitude of projects. The kit it comes with is wonderfully complete and with a price tag under $300, it’s hard to beat. This is an ideal light to keep in your kit for continuous lighting. 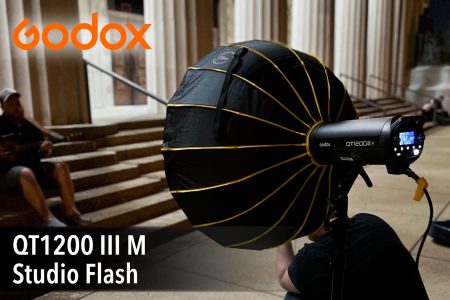 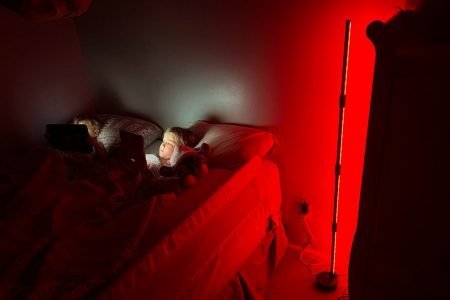