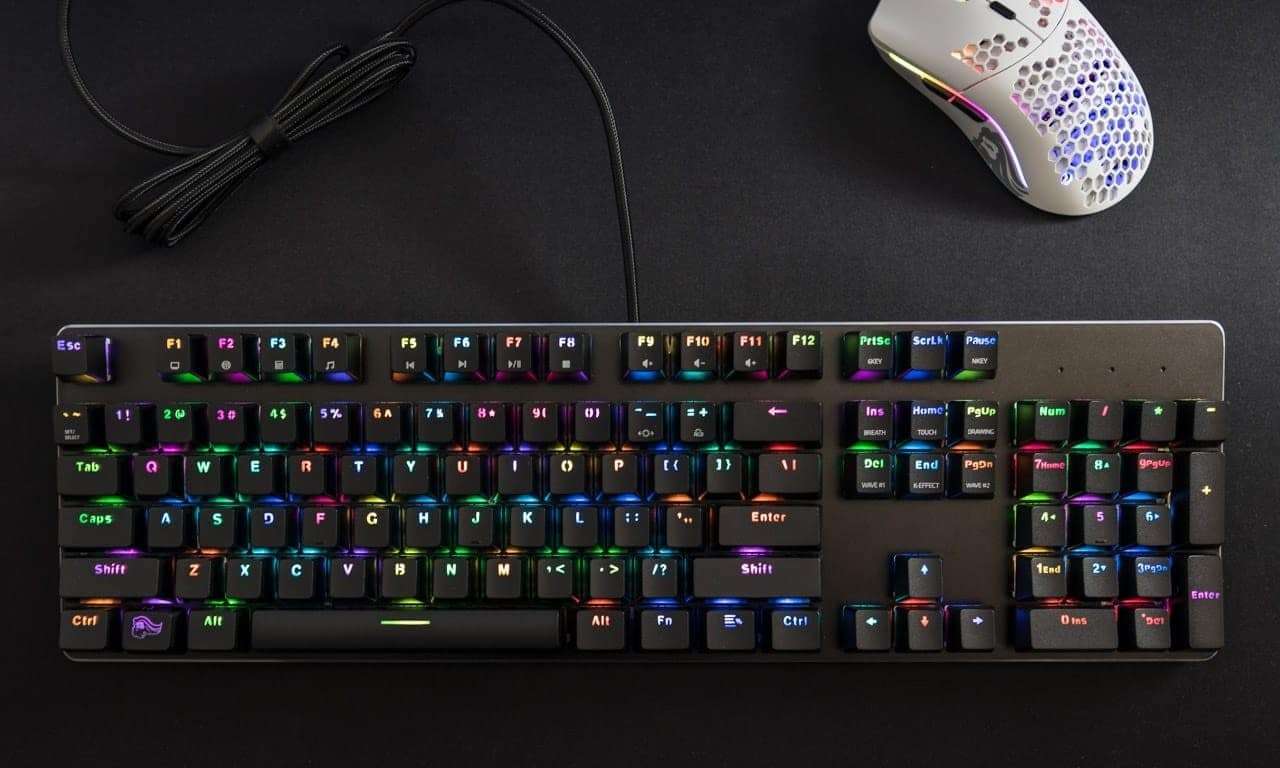 A great mechanical keyboard for beginners.

One of my earliest memories of a computer features the clickety-clack of a mechanical keyboard. I didn’t know that’s what it was at the time, of course. I grew up in the 1980s — the dawn of the era of personal computers. In the 80s, computers were making the shift from being something that only businesses had to a staple inside homes. By the time I was preparing to graduate high school, all my friends had access to a computer and we were starting to exchange emails. Somewhere in the past 20 years since that revolution started to take place, keyboards evolved into more than just a peripheral. Now, they are an expression of a personality. There are multiple ways to customize them and you have many different styles of keyboards to choose from. In the past few years, I’ve really taken to using a mechanical keyboard again and I’ve been fortunate enough to experience different styles and key types in the process. The most recent option for typing to cross my desk is the GMMK or Glorious Modular Mechanical Keyboard.

The GMMK is a full size (104-key) pre-built gaming keyboard. It comes with Gateron brown switches and black keycaps. There is no set-up required – it’s just plug-n-play. The GMMK features a sandblasted aluminum faceplate, 100% anti-ghosting (full NKRO), LED backlighting  (several modes), modular switches, double-shot injection keycaps, and minimalistic design. The keyboard works with any MX switches and the entire keyboard can be replaced without the need for soldering. The RBG backlight features 16.8 million colors. Using the GMMK software (Windows only), users can assign macros to any key. There are discreet LED indicators built-in above the number keys that show when Soft Nums/Caps/Scroll lock is enabled. The USB cable has a gold-plated connector and a non-removable braided cable.

The GMMK arrives in a unique, simple package. The box is black and white with an image of a keyboard on the front. The box is fairly descriptive and lets consumers know that the keyboard features RGB LED backlighting, a 104-key layout, brown switches, a black aluminum body, and keycaps. You also know from the box that the keyboard is fully modular. The back of the box has a “tech specs” table that’s a very handy “at-a-glance” guide for consumers. The website and social media sites are also included on the box. When you open up the box, you will find the keyboard, a pamphlet that outlines other products that Glorious puts out, instruction on how to replace the switches, a couple of additional keys, a sticker, and a user guide.

As far as design goes, this keyboard is pretty standard as far as 104-key layouts go. The keys are spaced apart nicely although I had a little bit of an issue when I moved back and forth between my daily-driver keyboard and the GMMK. The keys were just a little closer together on the GMMK than my SteelSeries keyboard. I like how the GMMK has its lighting effects clearly marked on the keys. The function keys (INS, HOME, PGUP, DEL, END, PGDN) each have a designated effect marked on them and to activate them, you simply press/hold the FN key and then whichever effect key you want to use. This is a much nicer feature than having to guess what effect is where on the keyboard.

Speaking of the lighting effects, I found them to be very unique in design. While a lot of RGB keyboards include effects like BREATH and WAVE, they aren’t always as vibrant or pattern-driven as the GMMK. I really like the TOUCH effect. On some other keyboards this effect typically just highlights a single key when you type on it, but on the GMMK, the TOUCH effect starts a ripple throughout the keyboard that reminds me of twinkle lights on a Christmas tree. The effect starts on the key where you ‘touch’ first, but it animates outward from that point.

Another design feature I really like about the GMMK is that it has feet on it. While this seems like a trivial feature to mention, the truth is that I’ve seen a lot of keyboards recently that have no feet on them. This makes it harder for me to type on them for longer periods of time. I know this may not be the case for everyone, but for me, at least, I prefer to have the keyboard at a slight angle. The aluminum body does make the keyboard a bit heavier than other RGB mechanical keyboards in the market, but it’s not a deal-breaker in my book.

Even though I typically don’t swap the keys out on my keyboard, I thought it would be a good idea to attempt changing the keys out on the GMMK since it’s supposed to be fully modular. I used the key puller to pull a cap off of the keyboard first and then I attempted to remove a key. I was surprised that the key actually came out easier than the keycap did. As it turns out, removing the keys is remarkably easy on this keyboard. The only thing to be cautious about is making sure the pins on the key align properly with the holes on the keyboard.

The GMMK is ready to use out of the box. You simply plug the USB cable into a USB-A port on your computer or a connected hub. For me, I plugged the keyboard into a docking station that was connected to my MacBook Pro. Once it powered up (indicated by the flashing RGB lights under the keys), a utility popped up on my screen that asked me to identify the keyboard. This is typical for me, but others may not have the same roadblock. Aside from that, the keyboard operates normally without any special drivers required for use. There is software available for use with the keyboard, but it’s only available for Windows computers.

One of the ways I test a keyboard is to take a typing test with it. With the GMMK, I averaged 66 WPM. With my SteelSeries keyboard (my daily-driver), I averaged 71 WPM. So, even though the typing speed is slightly slower with the GMMK, I still found it comfortable to type on.

The GMMK is a really nice mechanical keyboard. I think it’s a great option for beginners as well as experienced gamers. One of the things I like so much about this keyboard is that it’s a great practice option for new mechanical keyboard users to be able to experience what it’s like to replace keycaps and keys. The keyboard case itself is strong enough to withstand a beginner’s inexperience and the keys are easy to remove and replace so it doesn’t get frustrating to the user if they are trying to learn. The GMMK is available for around $110 (USD) pre-built with the Gateron Brown switches and black keycaps. You do have the option to customize your order so that you have different switches, different layout, and/or a different color.

The GMMK is a fun keyboard to type on and work with. I think a lot of people could get steady use from it. 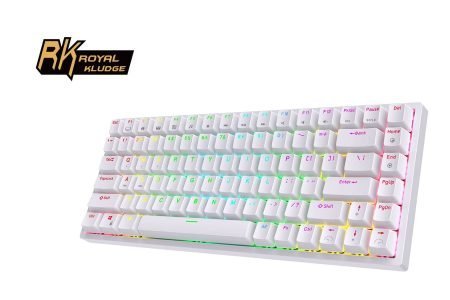 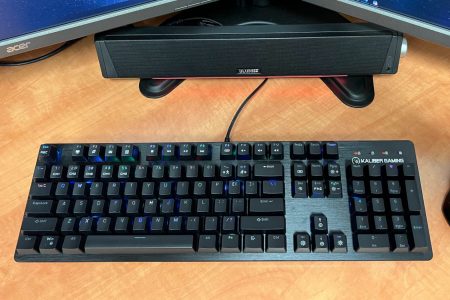