The right smartwatch for the active life.

Even though I just recently became acquainted with their fitness trackers, I’ve been a fan of Garmin products for years. They are a world-class company that creates solid products that work. I was first introduced to their fitness tracker line of products last year when I had the privilege of testing out the Garmin vivofit. The vivofit was exactly the fitness tracker I had been looking for. It connected easily to my iPhone and kept track of all the activities I wanted information on – walking, running, sleeping – plus, it was water resistant with ATM water rating that allowed me to swim with it. And, it had a display, which some of its competitors lack. Even with all of the features I was looking for, Garmin found a way to make the product better by upgrading the model to the vivofit 2 and evolving it past a fitness tracker and into a smartwatch with the vivoactive, which I am going to discuss in this review.

The vivoactive smartwatch by Garmin is at its core, a fitness tracker. My first impression of it was wonder and awe because it’s what I hoped for in a smartwatch. It’s elegant in its simplicity and quite simply, it just works. I’ve had the opportunity to test out other devices in the smartwatch category and they don’t work as well. For example, the Pebble Steel, while a formidable device in that it broke the mold and made an affordable smartwatch for the masses, it just didn’t work a well as I hoped. It had trouble staying connected to my iPhone, the screen wasn’t as clear as I wanted it to be and at the time I was using it, it didn’t have an option for step tracker, let alone a complete fitness tracker. Plus, it was heavy.

The vivoactive is a smartwatch built on a fitness tracker’s body. It has all the functionality of a vivofit fitness band, but includes the smartwatch features that people want to see. It has an ultra-thin body with a sunlight-readable, high resolution color touchscreen. It comes pre-loaded with several sports apps including GPS-enabled running, biking, and golfing. Plus, you can view your activity stats directly on the watch. It has a vibration alert that tells you when you’ve been sitting too long, or when you’ve received a notification on your smartphone. When you receive text messages, calls, emails or other notifications, you are instantly notified on your wrist. Like I said, it’s everything one would hope for in a smartwatch.

Now, let me tell you a little more about my specific experience with it. From the time I received the watch until today (about two weeks), I have had it on my wrist. I’ve only had to charge it twice. To give you an idea about my daily usage, throughout the day, I constantly receive notifications because of email. On top of that, I really tried to put it through its courses to get a good idea of what it was capable of. Step tracking seemed to be similar to what I experienced with the vivofit and vivofit 2. It tracks movement, so arm movement is detected, but in comparison to what I have seen with the other trackers, the vivoactive seemed to be in line with what those did.I was also incredibly impressed with the screen of the vivoactive. Not only was it very responsive to touch
gestures, but it was also tough. Wearing it for two weeks straight, I banged my wrist around quite a bit both with regular use and things like oil changes on lawnmowers. Pardon the cliche, but the vivoactive took a licking and kept on ticking — with no signs of visible wear.Another feature that I really appreciated was the automatic connection to my phone for data transfer. On the vivofits, you have to manually tell the device to connect and sync to the phone. The vivoactive will automatically connect and sync to your Garmin Connect app – as long as it’s open on your phone. Throughout the day, it stays connected to receive notifications and other information from your phone.

Another great feature of the vivoactive is the optional heart rate monitor from Garmin. I didn’t use it frequently during my testing period, but I did try it on and tested the connection between the two devices. Putting on the heart rate monitor is super easy. It has a clasp that slides into a loop to keep it snug against your skin. You wear it around your torso and it can be easily put on by one person. The band for the heart rate monitor is made from a flexible spandex
fabric that stretches and moves with you. Once you are wearing it, the vivoactive automatically connects to it. Then you begin tracking. It’s that simple. The Garmin Heart Rate Monitor will wirelessly transmit your heart rate to your device for feedback on how hard you are working. It’s a great addition to the fitness tracker half of the vivoactive.

There are a lot of smartwatches in the market these days and it can be very hard to discern which one will be right for you. My advice? Think about what feature you want most and see which model/brand offers it the best. If you are looking for a fitness tracker with a smartwatch on its back, then I would definitely recommend the vivoactive. It’s a great device that simply works. It does what you ask it to do, has a great battery life and it’s built for people to live their lives with.

The vivoactive retails for $249 and can be purchased in black or white and with or without the heart rate monitor.

For more information on the vivoactive, visit https://buy.garmin.com/vivoactive. 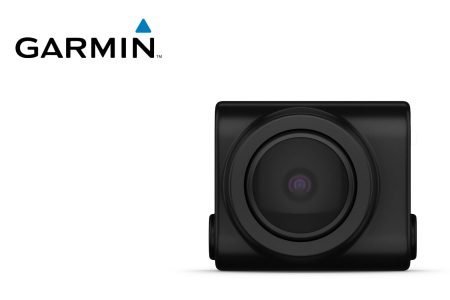 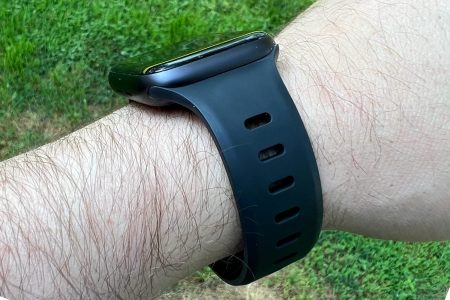 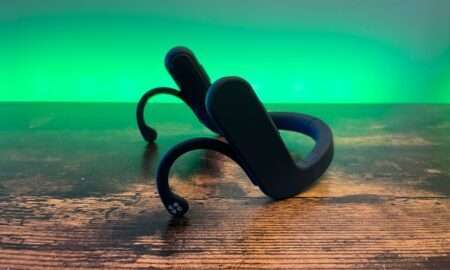