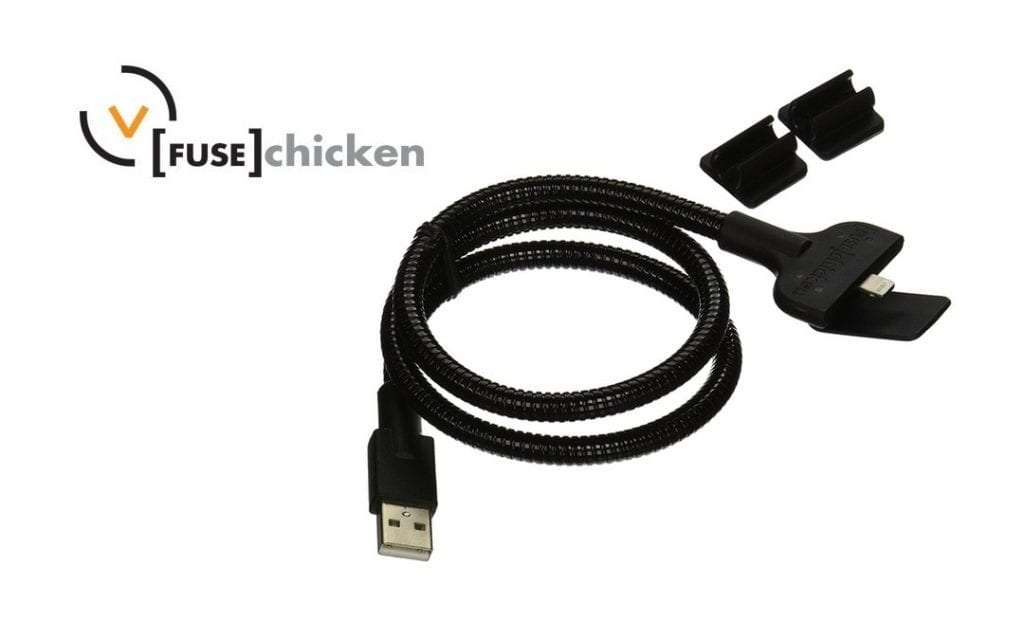 Fuse Chicken Bobine Blackout everything you need for the perfect car mount.

I have had the worst luck with auto charging docks.  I either have had my iPhone come crashing down in my lap or go to get in my car and find the dock on the floor.  The cause that I find is that my dash has a curve to it and these docks do not adhere well because of that.  Also, most car docks are just the dock and you have to provide your own cable to charge. Now that I’ve had the chance to try the Fuse Chicken Bobine Blackout dock in my car, I’m happy to say my luck has turned around.  Fuse Chicken has the toughest cables I’ve ever encountered so I know that the Bobine Blackout is built to last. 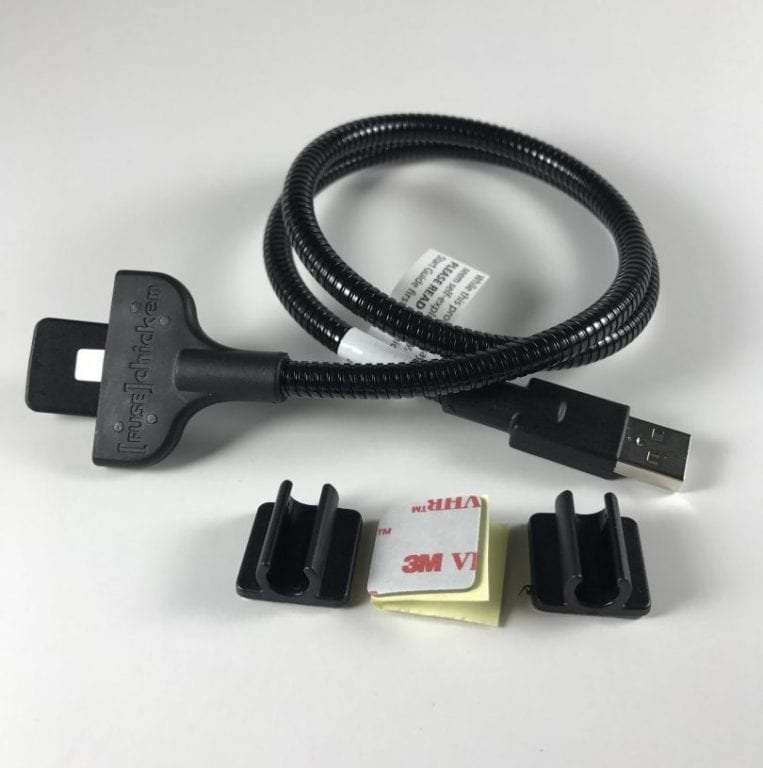 The Bobine Blackout Auto Cable is made out of nickel plated steel that is able to bend and move yet strong enough to hold my iPhone 7 Plus upright without falling over.  The first thing I did before installing was clip my phone into my MacBook Pro to test its ability to hold my phone on its own.  I had to remove the case that I had on my iPhone 7 Plus because it was unable to have a connection with it on.  What I find with most docks in general, they are not compatible with cases.  I use a case that’s extremely simple to remove so it did not bother me to remove it.  Using the charger in my Macbook Pro is great because I can move the phone next to the screen and be able to read notification and texts without picking up my phone off the desk.  After using it with my Macbook for about two hours I decided it would be a good idea to go install it. 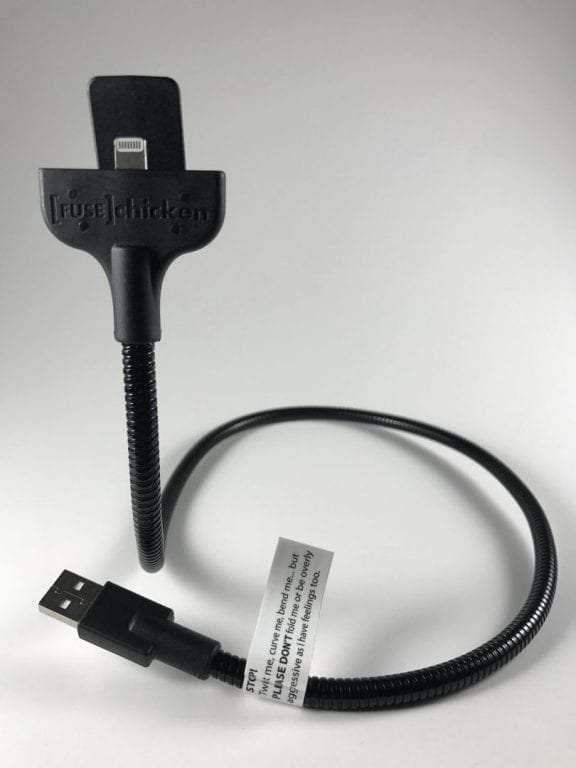 Looking at the two small square dash stabilizer clips I was skeptical as to how they would be able to hold the weight of not only my iPhone 7 Plus but the charger itself.  The instructions said to install them not vertically but have the bottom one offset to the top one.  I had my phone connected to the Bobine charger to help me line up to where I wanted my iPhone 7 Plus to sit after it’s installed.  I highly suggest making sure where you want to have it this way because your phone could be sitting up too high and obstruct your vision while driving.  However, if you do put it up too high or not in a spot you are comfortable with Fuse Chicken was kind enough to include two extra mounting strips.  After adhering the clips to my dash all I had to left to do was snapping the Bobine in place.  I was very impressed that it remained very stable and with normal usage the clips have remained on my dash.  I did test out the ability to remove the cable from the clips and highly recommend holding the clip to the dash and you pull it out.  This will ensure that the clip remains on the dash. 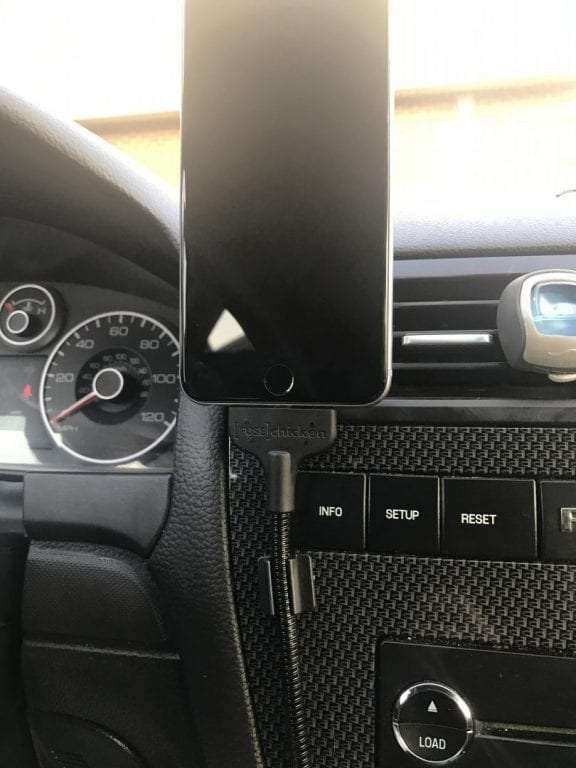 I have been driving around with this in my car for a week and I am so impressed with not only it staying mounted but there isn’t any movement in the cable.  I was expecting it to have some movement to it when I hit a bump but it just moves along with the car.  I also like the fact I have the ability to remove it and take it with me to use.  The blackout color looks very nice and works well with the interior of my vehicle.  I’m overall very impressed with this dock/charger set up and can say that this one is worth getting.
BUY FROM AMAZON