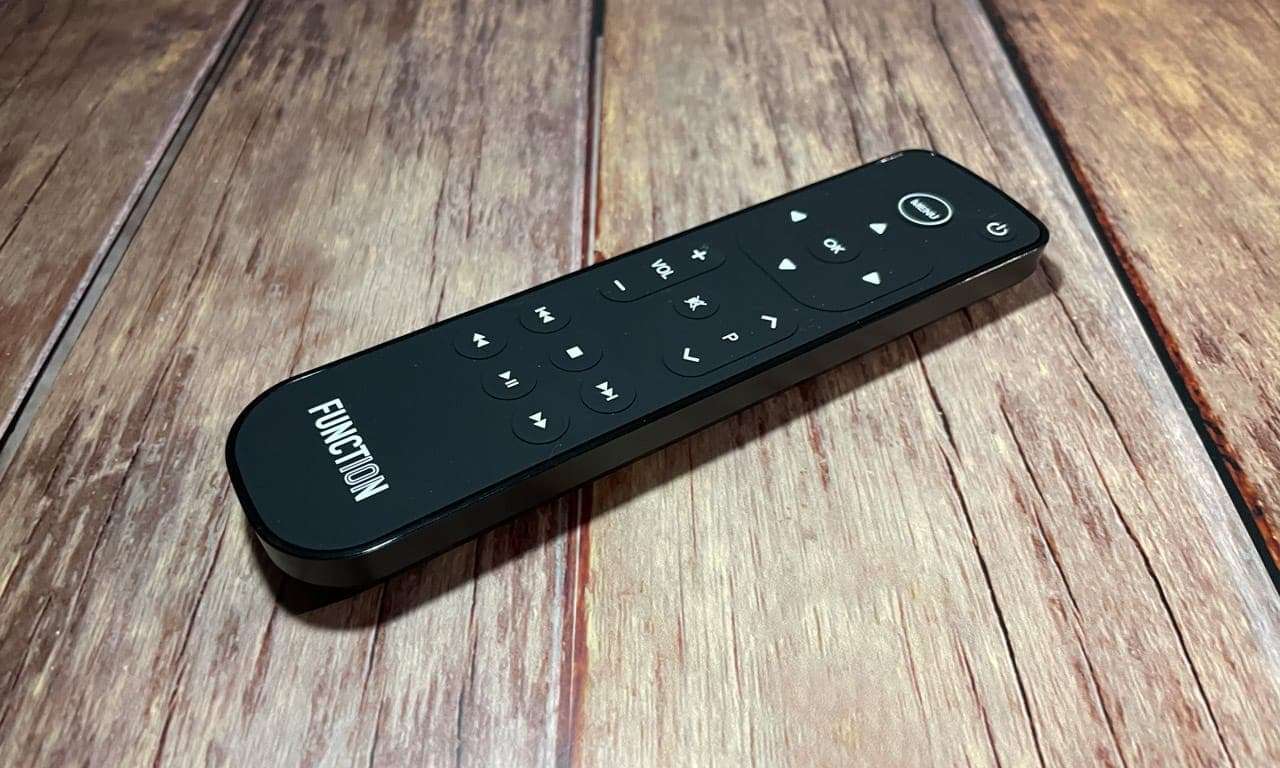 Remote provides added functionality but does still have limitations.

Earlier this year, we converted our smallest bedroom to be a working office for me. I, like so many others, have spent most of the year working from home. So, functional office space was a must. Along with this working space, I incorporated an area for relaxation that includes a TV, Apple TV, and a soundbar. The set-up is minimal, which is perfect for this space, but it does have one small drawback — three individual remotes. Even though the Apple TV remote will control the volume of the TV, it doesn’t work with the soundbar and I still need the TV remote to turn the unit on and off. Fortunately, Function101 has the Button Remote for Apple TV that can be programmed to work with TVs, soundbars, and Apple TVs.

The Button Remote for Apple TV is designed for Apple TV users to provide them with a control option for multiple devices without needing to use the Apple TV remote. The device has standard remote control buttons built-in such as Menu, Power, directional arrows, volume +/-, mute, play/pause, stop, advance, fast forward, and reverse. The remote operates off of infrared technology (up to 12 meters) so it is compatible with most TV sets. The button placement is traditional and very intuitive so there isn’t much of a learning curve when it comes to standard operation. The remote has been programmed and tested to work with all versions of the Apple TV. It does not have a microphone built-in so users will not be able to use the Siri functionality of the Apple TV. The remote currently (as of publishing this article) retails for $29.95.

The remote is pre-programmed to work with Apple TVs out of the box. It also comes with two AAA batteries pre-installed (I would have rather seen this remote be rechargeable). So, once I pulled the small plastic tab out of the back of the remote,  which powered the remote on, I was ready to start using it with my Apple TV. I did still have to program it to work with my TV and soundbar. The remote was shipped without any instructions or even a shipping box. It just arrived wrapped in plastic and in a shipping envelope. Because it’s primarily made with plastic, it is fairly durable, but I was still surprised that no instructions were included. That said, Function101 does include a very nice online guide that takes users through the set-up process step-by-step.

The remote does feel good in the hands. It has a much easier grip than a standard Apple TV remote. It feels much more like a ‘real’ remote, but it’s still very compact and lightweight. Because the remote operates with IR technology rather than Bluetooth, you have to make sure your Apple TV has a clear line of sight to the remote. This means you can’t hide the Apple TV box behind a door in an entertainment center and expect this remote to be successful.

The set-up for the TV and soundbar is actually fairly easy. You put the remote into set-up mode by pressing the Menu and OK buttons together for about 3 seconds. The red LED on the remote will remain on when set-up mode has been engaged. From here, you press the P up or down buttons to move through the TV codes until your TV brand has been selected. Here is where there is a big shortcoming of the remote, in my opinion. At this point, you have no indication of whether or not your TV is registering the selections on the remote until the volume meter appears on the screen. Do I have a good recommendation for this hurdle? No, because I think any solution would cause the price of the remote to increase and one of its biggest benefits is its low price.

I happen to have a lesser-known brand TV in my office so it took a while to cycle through the TV code catalog. The first time I attempted to program the remote, I actually caught the programming code but didn’t realize it until I tapped the volume button on the remote. I thought, “Great! I can move on to programming the soundbar.” Unfortunately, somewhere while I was programming the soundbar, the TV was unprogrammed. So, I had to go back through the TV set-up after attempting to program the soundbar failed. Even though the soundbar programming didn’t work out, I’m still happy that the TV and Apple TV are now programmed to the same remote because I can turn them both on and off without needing all the individual remotes for all the devices.

The Function101 remote is a decent option for a universal remote that will work with your Apple TV as well as other parts of your entertainment center. I would like to see the remote be rechargeable instead of reliant on AAA batteries. It does have some room for improvements, but overall, it serves its purpose well. 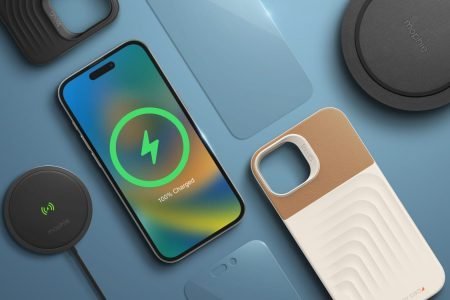 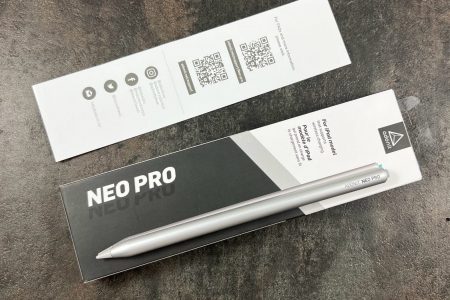