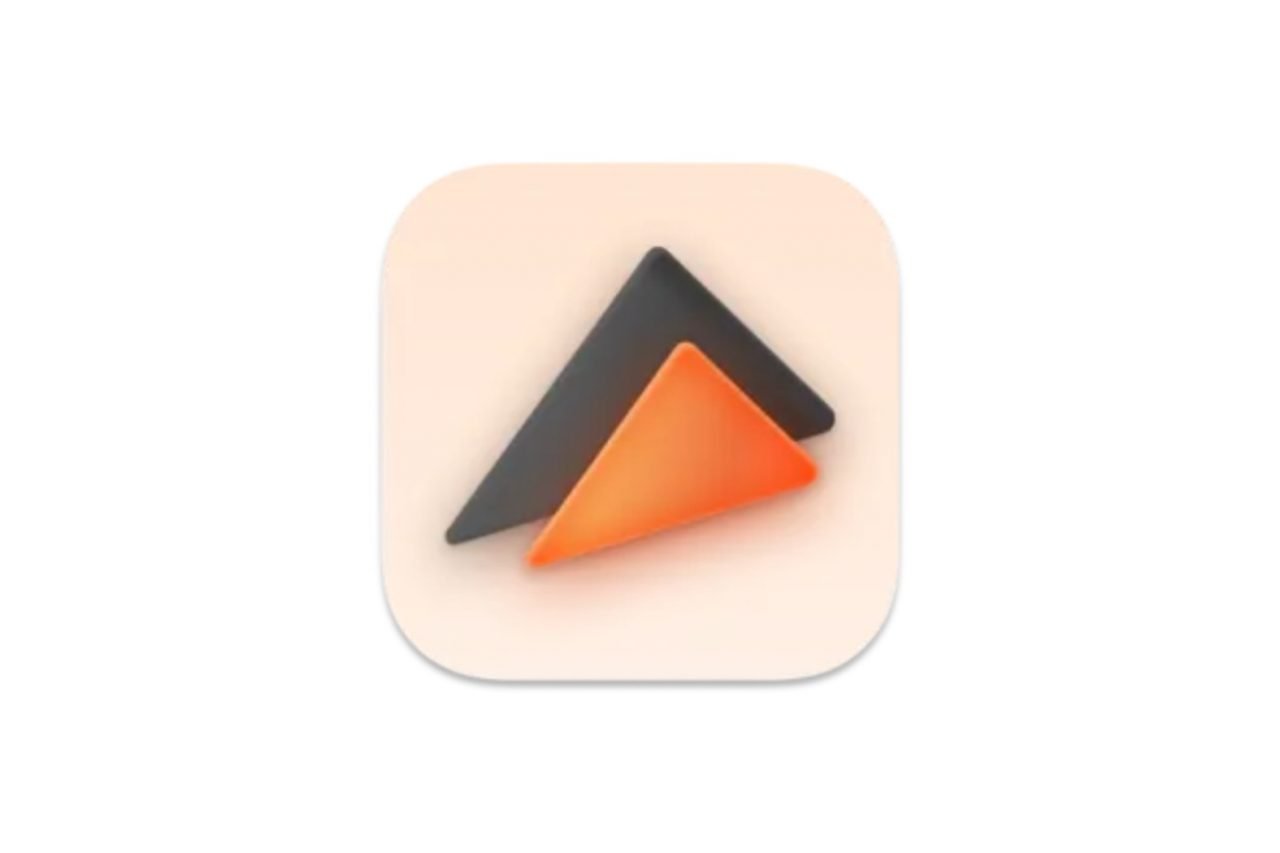 Elmedia Player is a high-quality media player application that is designed specifically for Mac systems. The design of the app is intuitive and the UI is aesthetically pleasing. The price is comparable to other apps in this category and there are many different controls the user has over their media library. While the app itself is easy to use, there are many different paths online to get to the app and there are two different versions of the same app in the App Store. This gets confusing for someone attempting to find the app by searching.

Elmedia Player is a powerful, yet easy-to-use media manager for Macs

Not too long ago, I started sifting through my computer archives. I’m in the process of setting up a mass storage device and as I move files over to it, I want to make sure I’m not saving unnecessary items. During this process, I found a lot of video files. In order to review them, I need a more versatile video player than Quicktime. I used to use VLC Media Player, but I have some concerns about it given that there are people who will abuse the player to launch malware into computer systems. I also feel that VLC’s interface is outdated and I would prefer to see something that has a more modern design. Because of this, I started looking at other possible options and that’s how I found Elmedia Player.

Elmedia is a good all-around media player designed specifically for Mac. It was written in Objective-C, C++, and C. The player is compatible with many different file formats including FLV, MP4, AVI, MOV, DAT, MKV, MP3, FLAC, M4V, and Blu-ray. The app offers advanced playback and streaming options. Local files can be streamed to media players such as Chromecast, AirPlay, Roku, and DLNA devices.

Elmedia is also 100% natively compatible with M1-powered Macs. The app is designed to provide an advanced viewing experience without putting a strain on your CPU’s resources. Elmedia gives users the option to create playlists and has complete control over the playback of their videos. Some of the playback options include:

The player also comes with advanced subtitle support that gives users control over how it will look during playback. They can be loaded manually or automatically and there is an extensive subtitle database available directly from the player.

Elmedia Player provides a lot of ‘fine-tuning’ features for users so that they can enjoy the most customized, exquisite media experience possible.

Options for a multi-monitor setup: Choose the monitor to play your video on. Fullscreen will always work, no matter which screen you choose. Elmedia supports the native macOS fullscreen mode.

Tune every little thing: On any given video, you can adjust brightness, saturation, contrast, hue, gamma, sharpness, and even noise reduction.

Make precise screenshots: Frame-perfect screenshots are Elmedia’s specialty. Alternatively, you can quickly make a series of evenly spaced screenshots on your current video.

Deinterlace the video: Deinterlace option can get rid of stripe defects on low-quality video. It’s a real help with old DVDs and recordings from analog cameras.

Utilize the Picture-in-Picture Mode: Keep Elmedia playing in a small window on top of your other apps. It can be used as an accessible widget that gives you a lot of control over the playback.

Built-in advanced sound control settings: Will not interfere with your other apps. You can safely keep it playing in the background, even when editing clips or enjoying video games.

External tracks: You can add different audio tracks on top of your movie clip. Watch the same video in a different language, or choose a better dub.

AC3/DTS through S/PDIF: Use the player’s settings to set up passthrough for hardware decoders – AC3 or DTS for surround audio.

Audio Equalizer: With the 10-band graphic equalizer, sound can be manually tuned to your liking. You should also try our artfully composed presets.

Sync the sound: Desynchronized audio can be counteracted with a simple option – just change the audio delay.

Audio Visualizer: Elmedia Player’s audio visualizer comes with a multitude of options. Experience music in ways that you haven’t tried before!

According to the Mac App Store, Elmedia Video Player does not collect any data from the app. The developer’s privacy policy can be found here.

Elmedia Video Player was originally created by a company called Eltima Software. This company was founded in 2000 and was based in Germany. As of April 26, 2022, Eltima-branded products were moved under the Electronic Team brand. This information was provided through Eltima’s social media accounts and no additional information is provided. When you visit eltima.com, the content of the site is all about Electronic Team, Inc. The site is not redirected to a new URL – it just has content that is branded under the other company.

Normally, I wouldn’t bring up company dynamics like this, however, when you look up Elmedia Video Player, you can find it in several different places and under different names/owners. With that in mind, I thought it pertinent to specify that Eltima and Electronic Team, Inc. are both valid developers for this piece of software.

Elmedia Player is available for download from its own webstore, the Mac App Store, and Setapp. There is a free version as well as a pro version. To unlock the pro features (listed below), users will pay $19.99 – unless they are using Setapp, which is a subscription service. We have included the Mac App Store links at the beginning of this article.

In researching this app, I found multiple links that led to various web pages that were all technically valid for the software. That said, it gets quite confusing because Electronic Team, Inc. has two distinct versions of the app – one that is free with in-app purchases and one that requires a payment to download (Elmedia: Universal Video Player and Elmedia Video Player).

In addition to that, there are at least four separate websites that link to the same products for this brand:

On mac.eltima.com, which seems to be the more prominent site for Electronic Team’s Mac Apps, there are several URLs that are focused on Elmedia Player. Some of them are blog-style, but at least five of them are product pages that are positioned slightly differently from each other. For example, one URL is mac.eltima.com/avi-player.html and another is mac.eltima.com/video-player.html. It can get very confusing for users even though it might help drive traffic for the product.

When I was testing this app, I ended up looking at the two versions from the Mac App Store and the Elmedia website version. The installation and setup processes were not difficult for any of the versions, but there were some subtle differences between them in the Settings options.

Aside from these three settings, I did not find any other obvious differences between the three versions. When you download the website version, it is the free option and the Pro-only features are locked out. You do have the option to enter a License Key in the app to upgrade, which I did. The app recognized the license key immediately and all the Pro features were unlocked.

With the free version from the Mac App Store, you also have the option to upgrade your version, but instead of entering a purchased license key, the upgrade routes back through the App Store. You are given a window that asks for permission to complete the purchase. I did not complete this step since I already had access to the Pro Mac App Store version.

After I outlined the differences between the apps, I only kept the Pro version from the Mac App Store on my computer. I ended up testing it with several different movie files, one of which was an AVI file. This particular video was a full-length feature film and Quicktime could not open it. Elmedia Player had no problems opening it and the movie started right away. There were no audio sync issues and the quality was excellent.

As another test, I loaded a video file from a network server and Elmedia rendered it perfectly. That video file was small because it was only a 30-minute TV show. So, I attempted to load an M4V file also from the network server. Again, Elmedia Player didn’t bat an eyelash. It had a small pause while the file was accessed on the server, but it loaded just fine and started playing seamlessly.

I even scrubbed the movie ahead a bit and again, there was a slight pause, but the player continued playing the movie like it was located on my computer and not on a server. This was very impressive to me. I did try to do the same process with Quicktime and it worked but wasn’t quite as quick as Elmedia Player was.

The playlist feature is a very nice feature to have within the media player. I like this because it means I can organize my files within the app, but they can stay where they are located physically – even on a server. I do, however, wish that the playlists all stayed in the app rather than saving them out as separate files.

I did try to load videos from a connected hard drive, too. I attempted to have Elmedia Player read the entire folder of files which was 4-5TB of data. This folder also had a mix of file types – not only media files. The first couple of times I attempted this connection, Elmedia locked up and was unresponsive. However, when I tried to load a single movie file (WMV), it played just fine with no hesitations.

Aside from standard playback, I also monitored how many resources Elmedia Player was using while it was playing a video. The app was using 15-18% of the CPU resources (according to Activity Monitor) and was the second ‘heaviest’ program running on my computer at that point. The first was WindowServer.

Elmedia player is a powerful app with lots of customizable features built in. It’s easy to use, but finding the right version isn’t very user-friendly. If Electronic Team, Inc. can spend some time cleaning up their websites and product pages AND if they consolidate their App Store options, I think it will be much easier for users to find the version of Elmedia Player that is right for them. Elmedia Player is a strong option for people who need to play many different types of video files. It is a versatile program with a slick modern interface that can be used for a variety of purposes. 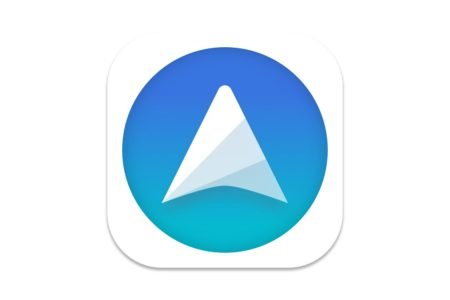 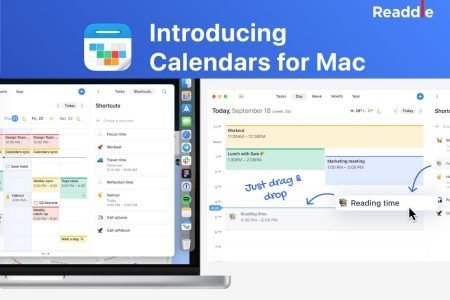 Calendars By Readdle for Mac 2022 REVIEW