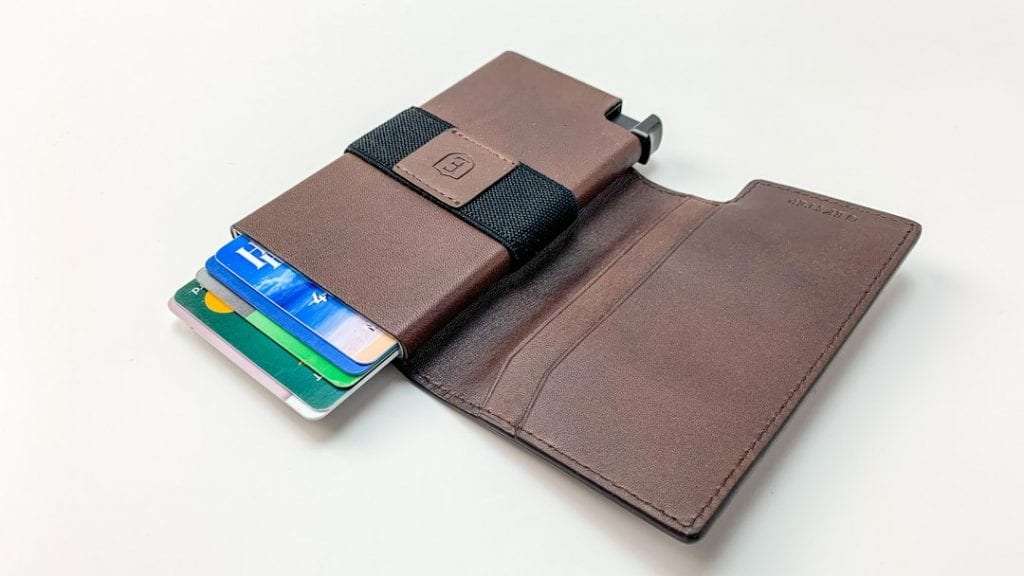 Minimalist wallet with all the technology built-in.

We live in a world where things are becoming increasingly digital. Digital wallets and forms of payment are more mainstream now than ever before. While I am one of those persons who embrace technology in every part of my life, I also recognize that not everything can be digital yet. So, I still have to carry a wallet with my bare essentials included. A few months ago, I reviewed the Ekster Parliament and Tracker Wallet and while I loved it (and used it until it quite literally fell apart), I was very excited to find out that Ekster now offers a 3rd Generation version of the same wallet with some very nice upgrades.

The Ekster Parliament Wallet is a leather, bi-fold smart wallet that provides users with a way to store up to 10 cards, cash, and, of course, the tracker card. The wallet features a quick card access mechanism, RFID blocking technology, and premium European leather. The specs below state that the wallet will hold up to 10 cards, but Ekster also notes that a maximum of 6 non-embossed cards or a combination of 4-5 embossed/non-embossed cards can be held in the cardholder. This card count is also determined by the cards’ thickness.

The leather is described as ‘premium’ by Ekster. “All our products are crafted with premium European top-grain leather.” The leather is tanned with environmental protocols in mind and in gold-rated LWG tanneries. Because leather ages differently, no two Ekster wallets are the same. Because the leather is genuine, the product make be a bit stiff until it’s broken in.

The smart wallet is made up of a:

The Ekster Parliament Smart Wallet Gen 3 is a gently updated version of the 2nd Generation wallt, which was already a nicely designed product. So, what are the differences? For starters, the G3 is more durable. The interior card slider pocket is made out of metal instead of plastic like the G2 version. Secondly, the card slider release button is made out of one piece of hardened plastic which, according to the manufacturer, makes the wallet almost unsnappable. The G2 model’s button was made out of two pieces — a metal piece and a plastic piece. Finally, the G3 tracking card uses Chipolo technology instead of the TrackR technology that the G2 used.

Aside from the updates to the infrastructure to the wallet, the user experience is pretty much the same as the previous generation. The wallet comes packaged in a black box with the Ekster logo embossed on the front of the box. The tracker card comes in a separate sleeve and while there are no instructions that come with either the wallet or the tracker card, they are available on Ekster’s Website.

Since I’ve already used this wallet quite a bit, I can say for certain that cards that are housed inside it will stay in place. That was an initial concern I had before, but after several months of use, I no longer have any doubts about that. One thing I do want to point out is that about a week before the G3 Parliament showed up, the G2 ended up breaking. I mentioned above that the G3 version is more sturdy and one of the ways it was improved was to turn the button into a one-piece mechanism instead of two. Well, that is exactly where the wallet broke for me — on the button mechanism. So, I was thrilled to get the updated version of the wallet with reinforced parts.

The tracker card is a really nice bonus, but I still hope to see Ekster evolve it to something smaller. Right now, the card is about the size of a credit card and twice as thick. It does slide easily into its designated pocket, but there are tracker options that are smaller. I’m happy to see the technology behind it changed over to Chipolo, but the card still only charges through solar power. Out of the box, the tracker did not have a charge and I had to take it outside in order to power it on. I was able to pair it using the Chipolo app, which is a difference from G2, too. Previously, you had to pair the tracker through your Bluetooth menu and connect through the Ekster app. Now, you can simply keep it within the Chipolo app with other Chipolo trackers.

This type of wallet is ideal for me because I don’t need to carry much around with me. I really love the updates that have been made and am looking forward to what comes next with the Ekster wallets. I feel like they are actually trying to innovate a product that’s been around for hundreds of years and take it to the next level. I really like the Parliament smart wallet and can recommend it for all types of users.