People use technology in varied and unique ways every day. Each new hardware iteration results in sleek devices growing sleeker, fast processors becoming faster, and available storage increasing in size by incredible amounts. Counterpoint to this storage increase is the fact that nearly anyone can tell a sad story involving data loss. A user’s past data loss combined with this advance of hardware can therefore be summed up in a different way: Memories become more important. Backups matter and Drobo is the only company that you’ll want protecting your data after a single trial of their product line.

Data Redundancy is not a new initiative. Corporations across the globe have teams of people dedicated to maintaining data sets by replacing failing resources without ever revealing this brief downtime to the end user. These setups can cost tens of thousands of dollars and require planning and coordination to facilitate the final goal of “bulletproof data”. However, once the technologies used in these larger setups were able to be copied and marketed down to a retail and mainstream level, things really began to get interesting for the everyday user. The Drobo Storage Array is one of the most mature versions of consumer data protection in that the required technical knowledge level is very low while the plethora of features offered by the device is sure to impress even those working from a professional level.

One of the first hurdles to a properly secure data backup is the research and selection of hard drives, followed closely by the second hurdle of how to configure the drives for the best mix of speed and redundancy. Conventional data setups known as RAID arrays have plenty of configurations with common examples such as one to boost speed at the cost of security (RAID 0), one to offer a big storage tank of data capacity from whatever drives happen to be laying around (JBOD), or a configuration that would allow a drive to fail without causing a loss of data (RAID 1 or 5, depending). This can all be confusing to the uninitiated, and the Drobo’s BeyondRAID feature allows it to intelligently select the best configuration for the end user based on the number of drives installed and the available space left on each of the drives.

The Drobo has a magnetic front lid and no drive rails or sleds to worry about. This means that when the time comes to add a new drive to the enclosure, a user will be able to pull off the front plate and slide a standard SATA 3.5” hard drive into an open enclosure slot in seconds. Once installed, the new drive is quickly added to the BeyondRAID array and a build process begins to ensure data protection. This also means that a user can add a new drive at any time to increase the available storage in the array.

The unit is able to communicate with the user via a panel of front-facing LEDs and a downloadable Drobo Dashboard program.  The LEDs are well designed to allow a simple Green-Yellow-Red status indicator for each installed drive and several other activity patterns. The inside of the front panel explains each of the LED patterns in a straight-forward way and a line of blue LEDs along the bottom of the front panel allows the user to get a quick glance at the overall storage level

The Dashboard program allows for detailed information on the installed drives, the status of the array, and even optional settings such as disabling or dimming the front panel LEDs. Most importantly, the dashboard can offer detail about a data failure or rebuild event. The user is also able to use this program to enable two disk redundancy instead of the default one disk setting. While this will cut into the available storage on the array, this setting will allow two drives to simultaneously fail without overall data loss to the end user.

One of the absolute standout features of the Drobo is the ability to perform all of the tasks of a storage array such as copying or streaming WHILE rebuilding the volume on a replacement drive. Not only that, but the Drobo’s BUILT-IN BATTERY and onboard flash storage (what?) ensure that the active write processes to the array are effectively paused until power is restored. Suffice it to say that the Drobo sports plenty of protection when the need is the greatest.

BeyondRAID is a really neat feature, but users that are hoping to use this enclosure to experiment with each of the RAID types in a free-form custom configuration should look somewhere else. That same intelligent auto-configuration is the only way that the array can be used. As noted earlier in this article, the user can only choose single- or dual-disk redundancy when selecting a protection method

Also, BeyondRAID still has a very important caution inherited from any RAID array setup: If the enclosure itself should happen to fail, the hard drives installed therein can only be used if they are installed into a Drobo of the same model.

A service by the name of DroboCare is available for any registered Drobo customer to assist with any data loss or hardware failures of this type.  The service is free for the first 90 days of ownership and a nominal fee for extended coverage.

With the offering of DroboCare, it is evident that though the Drobo Storage Array does have a few downsides, the company has taken further steps to ensure that their customers are well taken care of.

Instead of my usual product recommendation or condemnation, I would encourage each person reading this article to take a serious look at their current data retention and recovery methods. The Drobo line of products may carry a higher price tag than products that claim a similar offering, but I have never used a storage device that so wonderfully marries a great aesthetic with a wonderful consumer experience. Trust me when I say this: You’ll be happy that you bought a Drobo.
BUY FROM AMAZON 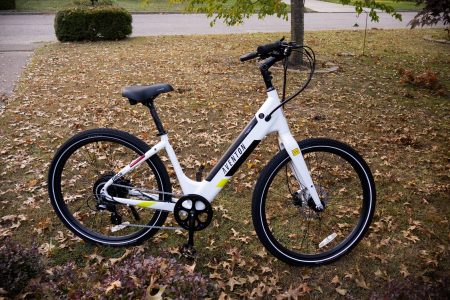 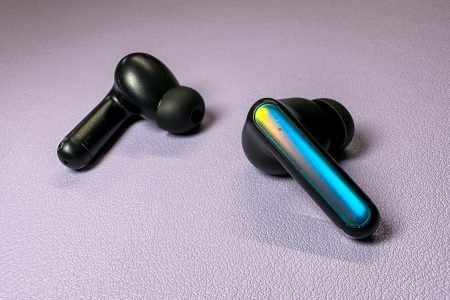