Drobo 5N is a professional data storage solution at a personal price.

I’ve been a loyal Data Robotics customer since the original USB Drobo. I’ve seen way to many hard drive failures from my time repairing computers to not have a back-up. In fact, I remember losing 500 GB of data on an external Seagate drive I was using as my main source of storage. I learned about the Drobo not too much longer after deciding that my external should be used as  paperweight. I bought my first Drobo in 2009 and have been an extreme fan ever since.

I’ve been using my USB Drobo along side the second generation Firewire Drobo for quite some time. A couple of weeks ago, I decided that using the Firewire Drobo was not quite what I needed. I switch between three Mac’s in my house and office. Having my two Drobos hooked to my iMac and having to connect through them to get to my files started to put a strain on my work. This is when I sold the Firewire Drobo and upgraded to the Drobo 5N. It’s Data Robotics NAS. I ordered my 5N from Amazon for $567 and because I’m a prime member, it was here the following day. I opened up the box pulled my new Drobo 5N out and stared at it with love. I can’t tell you how excited I was to get it set-up. I took off to my local BestBuy to buy five 2TB 7200 RPM drives so that I had a total of 10TB loaded into the Drobo 5N.

Setting up the Drobo 5N was quick and simple. I plugged the power in and hooked the ethernet cable into the back of my iMac. I then updated to the Drobo dashboard and waited for it to find my new 5N. Now that my Drobo was found, I inserted all five drives. The Drobo dashboard then told me that the disk needed to be formatted to work. One thing that’s very nice with the Drobo 5N is that you don’t need to set-up space for disks. The 5N does it all for you. I started the formatting of my drives which finished very quickly.

The Drobo was now ready for use. I had about 2TB worth of data to transfer over. Keeping the 5N plugged into my iMac via ethernet allowed me to move the files over quicker then doing it over the network. Once I moved all files over, I boxed up the USB Drobo and put it away for safe keeping.

I’ve wanted to have a good working NAS for so long and the excitement was killing me. I wanted to see how well this would work while plugged into my Apple Time Capsule over the network. I unplugged the ethernet cable from my iMac and hooked it up to my router.

I hate to say that I was surprised how fast the Drobo connected. My first test was to transfer a 2GB file to my MacBook Pro, my iMac and MacBook Air. The transfer speed was great and I was in love.

The next step in my testing was to set-up accounts. This is something you could not do using the USB or Firewire Drobo. I’m able to have a public folder for people to use while on my network. I can also make my folder username and password protected. Again, this was all done with ease.

I keep most every file I have on my Drobo 5N. Switching from computer to computer and being able to pick-up right where I left off without worrying about a hard drive failure or having to have a computer on that has the file I need is great. Now that my Drobo is fully set-up I wanted to make sure I was doing everything correctly. So, I started looking for articles on the 5N. I have two solid state drives – one in my MacBook Pro and one in my MacBook Air. Using either of those machines is so much faster then when working using my iMac. I was thinking that using the 5N over a network using 7200 RPM drives and not solid state drives that it would be slow and worse then using my iMac to send a file over the network. I was definitely  wrong. So, in my research I learned about the mSATA card that could be used in my Drobo 5N. There is a slot on the bottom of the 5N that you can insert at anytime – no need to reformat or change anything.

I have used my new Drobo 5N for a week now and think it’s one of the best investments I’ve made. Yesterday, I ordered a 128 mSATA SSD.

Drobo 5N uses Data-Aware Tiering technology. Usually reserved for business-class storage solutions, it is also available in this networked Drobo. It intelligently uses the high-performance SSDs to accelerate performance of the storage array, allowing applications such as Adobe Lightroom, Apple iPhoto or iTunes fast access to data. If getting the fastest performance possible is your thing, you can also load up every drive bay with SSDs. Drobo gives you the flexibility to choose.

Drobo doesn’t just protect you from a drive failure, but also from potential data loss after a power outage. Often found only in arrays that cost tens of thousands of dollars, Drobo 5N includes a battery that protects all data in memory, or cache, that is, data on its way to the drives.

When power spontaneously goes away, the battery keeps the Drobo alive long enough for the data to be written to non-volatile storage, ensuring your important information is safe. This battery recharges itself and is designed to last for the life of the product.

Now that my mSATA card is here I can tell that it’s such an improvement.

Is the Drobo 5N a product I would recommend to you? YES!

No matter if you are a professional or just a casual computer user, everyone has data that is important. Everyone has photos they would hate to lose. Everyone has documents. You can always use online services, but trying to work with big files from the cloud, can be pretty hard and time consuming. Drobo is the best bet when it comes to storage. I hope my little story will help you make up your mind if you were thinking about getting a Drobo.
BUY FROM AMAZON 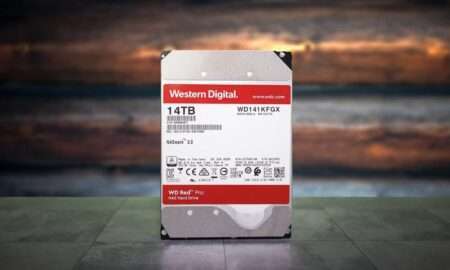