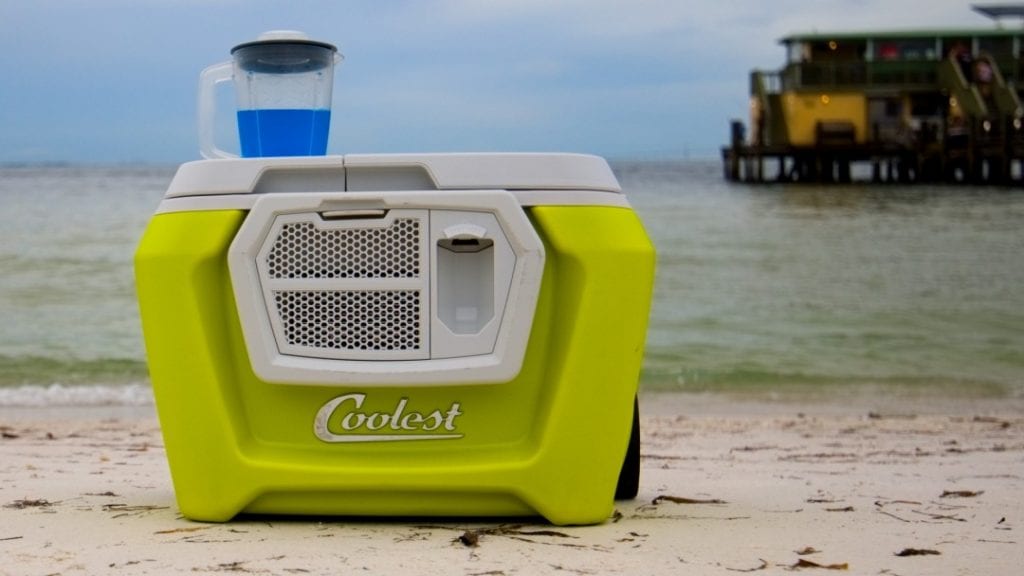 A luxury recreation accessory that doesn’t live up to its name.

When I was younger my family used to have cookouts and visit our local drive-in movie theater frequently on the weekends. It is a powerful memory and one that continues to make me happy. In each of those memories, we had a cooler that would house our cold food and drink items. The frustrating thing always was that the ice would melt faster than we could use it. Then we were left with a watery mess to clean up and drinks that were warming up too quickly. When I started reviewing technology items I never thought I would come around to a cooler that fit that ‘tech’ category. But, as luck would have it, I did with the Coolest Cooler. 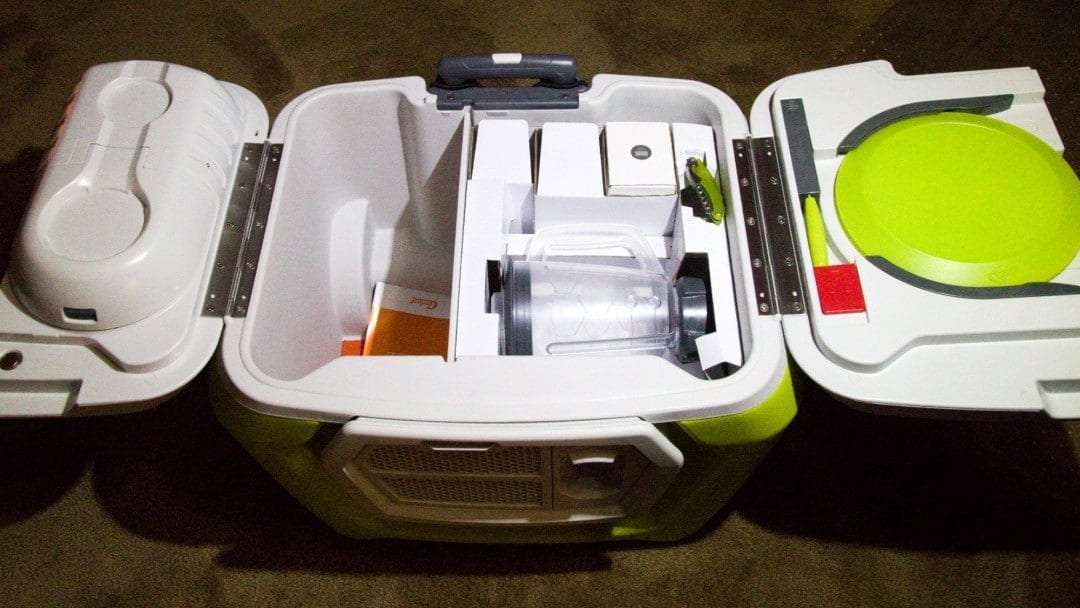 The Coolest Cooler is designed to not only keep ice and its contents colder longer than other coolers, but it’s also got a lot of added features that most coolers do not. According to the specs from the product’s website, the Coolest Cooler will keep ice for 4-5 days and hold up to 600 pounds of goods. It has a built-in rechargeable battery to power its blender. The cooler also comes with a Bluetooth speaker that’s detachable and splash proof. There is also a USB charger built-in for recharging items like your mobile phone and an LED light in the lid so that you can always see what you are looking for.

Rounding out the package with the cooler are some plastic reusable plates, a bottle opener, and a ceramic knife. A bungee cord is included so that you can secure items to the lid of the cooler while you are traveling from place to place. The Coolest Cooler even has a secret compartment that is designed to keep smaller items like your phone or keys safe while you are having a good time in the outdoors. The cooler even has a divider that helps you to keep each side of your cooler separate and it can also be used as a cutting board. 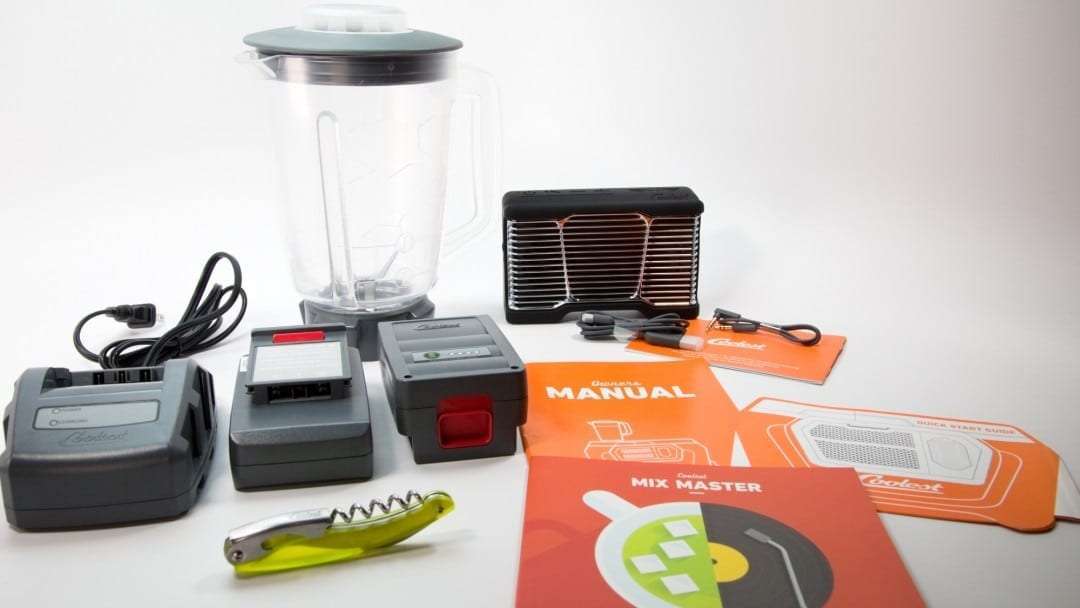 I was very excited to try out the Coolest Cooler when it arrived. We had two big family trips planned for the summer and I was eager to test out the cooler on these occasions. When we take family trips we have to be cautious due to the dietary needs of both my fiance and my fiancé’s grandmother. He has issues with low blood sugar and she has issues with eating certain foods. So, having a large capacity cooler with the ability to keep drinks and food cooler longer was very beneficial to us this summer.

The first trip we took was to Nashville, TN, which is only about 2.5 hours from our home. We were gone for 2.5 days and carried water, soda, cheese, summer sausage, and nutritional drinks like Boost and Ensure. We had made this same trip the year before and took a basic run-of-the-mill Coleman cooler. That cooler held the ice and the rest of the contents cool until we made it home. In fact, there was still some ice available in the cooler when we got home even though most of it was in a deep pool of cold water. Because of that experience, I expected that the Coolest Cooler would hold the ice at least that long if not longer. Unfortunately, that wasn’t the case. 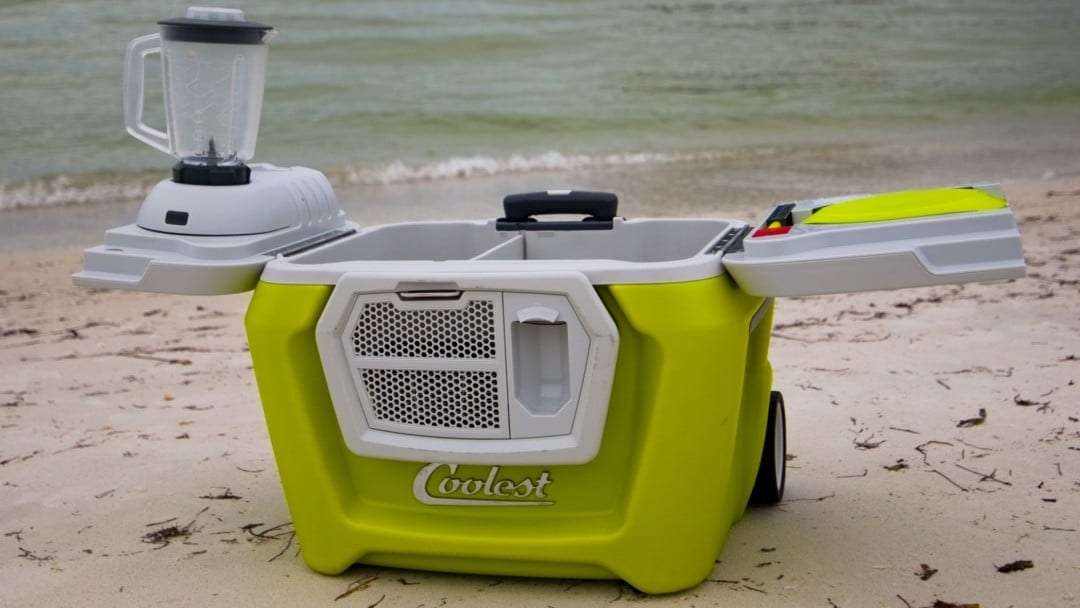 We filled the Coolest Cooler with ice and the items I mentioned above and loaded the cooler into the bed of our pickup truck. The outside temperature was 90-degrees plus but given the description of the cooler and its insulation, the outside temperature shouldn’t have been an issue. When we arrived in Nashville, most of the ice had melted and by the next morning, it was all water. We had to replace the ice twice before we left for home. A few weeks later, we took a trip to Florida, which was a 14.5-hour drive. Again, the outside temperature was around 90 degrees and very humid. We made one overnight trip about 6 hours into the trip to Florida and had to replace all the ice in the cooler before we made the rest of the trip south. After the rest of the journey, we drained the cooler as all the ice had melted. 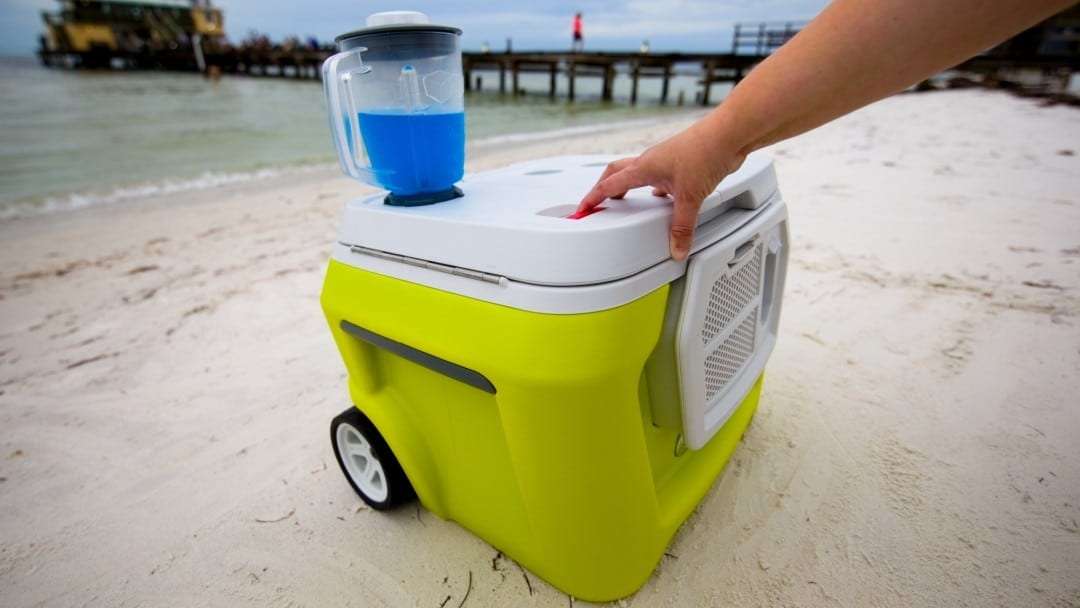 Even though it seemed as though the Coolest Cooler didn’t keep ice as advertised, the added extras — especially the USB charging port and the built-in blender — are really the reason to get excited about this cooler. With a price tag of nearly $400, the Coolest Cooler (with all the accessories) is an investment. Even though the ice didn’t keep as long as I hoped, all the accessories did come in handy. It was fun to blend some frozen drinks on the beach from the cooler without having to leave the comfort of the oceanfront and have the convenience of plates available whenever we needed them. I’m not sure that I can recommend this cooler at this time since it claims to hold ice for 4-5 days and we barely got 12 hours worth of insulated ice protection from it.