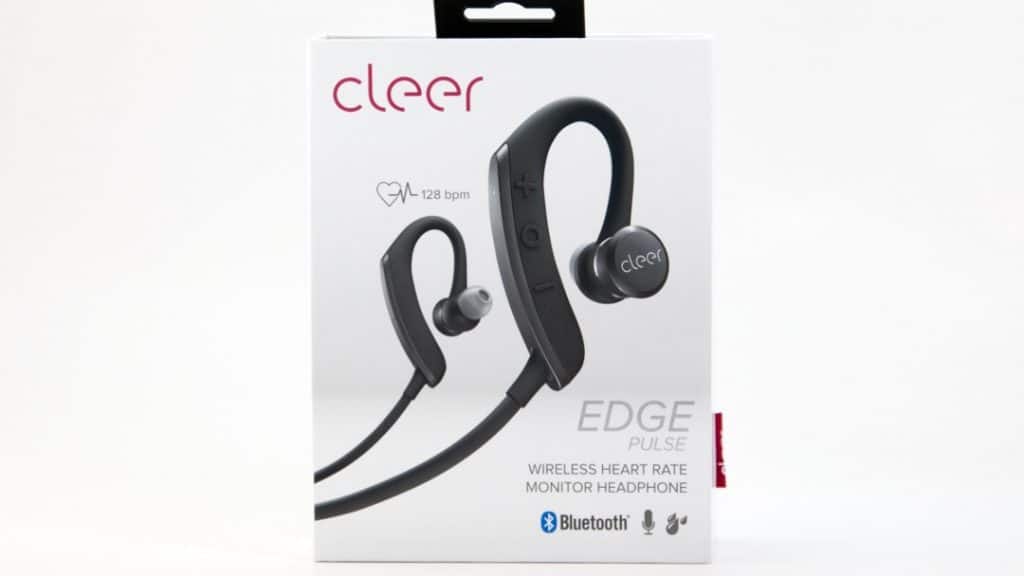 Designed for fitness not for standard uses.

I enjoy listening to music and watching videos when I’m on the go. Other people, of course, don’t want to hear what I’m listening to, so I utilize headphones of various types (depends on the type of activity I’m engaging with). Earbuds are actually the type of headphone I like least. I’ve had a lot of problems with them in the past. The ‘bud’ doesn’t ever seem to fit into my ear canal properly and so, I don’t get the best seal for noise cancelling or sound quality. That said, there are times that earbuds work just fine for me. I have Apple AirPods and the Urbanista Berlin Bluetooth Earphones that work great for me. I haven’t given up the search for a set of traditional earbuds that will both fit my ears and provide me with an enjoyable listening experience. With that in mind, I decided to give the Edge Pulse Wireless Earphones from Cleer a try.

The Edge Pulse earphones were designed to help users elevate their performance when working out. The headphones have a built-in heart rate sensor that will integrate with some fitness tracking apps. The headphones are shockproof and rated IPX5 (water-resistant) for durability. The in-ear headphones feature an ear loop that ensures they will stay in place even during a workout. The battery provides up to 6 hours of playback and has quick-charge capabilities. Small, medium and large ear gels are provided for a secure fit. The Edge Pulse earphones have Bluetooth 4.2 and can connect using NFC. The headphones are available in two colors — red and black. 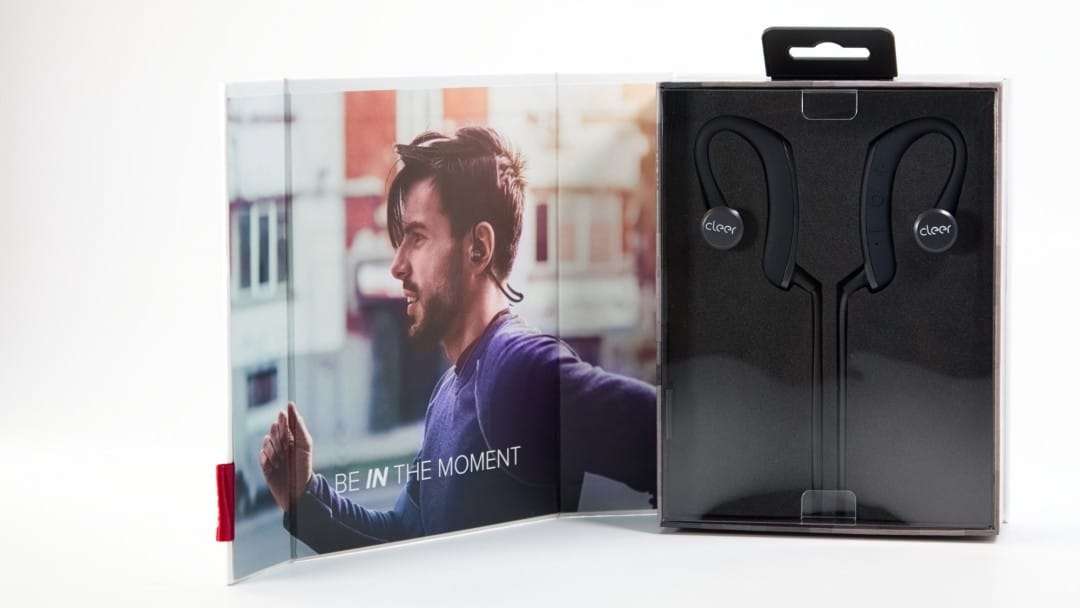 As I mentioned above, I’ve always had trouble with in-ear buds being a suitable option for headphones for me. I was hoping these Cleer headphones might be a new adventure for me, but sadly, they fall into the same realm as previous earbuds. They just aren’t a ‘good’ fit for me. Despite my discomfort, I did a thorough testing of them.

Comfort: These headphones are designed to wrap around your ear and then fit the earbud inside the ear canal. I’ve found that if you pull down on your ear lobe a bit, then you can get an earbud to fit in properly without a lot of effort. This isn’t exactly true when you’ve got an ear wrap attached to the bud. It felt pretty awkward for me to get these placed properly. The fun didn’t stop there. Even with the smallest ear gel in place I couldn’t get the bud to fit tightly enough in my ear canal. When I pressed fairly hard, I would be able to hear more depth to what I was listening to, but a vacuum was created and that caused additional discomfort for me. I was only able to wear these headphones for about 20 minutes at a time and then I would start to get an earache. During one listening session, I was actually laying in bed and found that I couldn’t turn my head to the side because of the way the headphones wrap around your ear.

Pulse Function: I was actually quite impressed with this feature. To activate it, you simply tap the outside of the right earbud. You’ll hear a voice prompt that lets you know that a reading is being taken. I took my heart rate several times and found that it was quite accurate. I used my Apple Watch as a baseline for my heart rate and the Edge Pulse’s readings were in line with what the Apple Watch was taking. At one point, the headphones said my heart rate was 75bpm while the watch read 76bpm. I’m a little disappointed to learn that the only way to record those readings from the headphones is to use a third-party app. In addition to that, those apps require a subscription or in-app purchase in order to access the heart rate functions. Cleer has an app for another product so why isn’t there one for these headphones to record your heart rate among other functions?

Sound Quality: The sound quality was kind of hit and miss for me. I did all my audio testing by remaining connected to my iPhone 7. I streamed Netflix and Spotify as audio sources. For Netflix, I had the volume set as high as 75% while Spotify allowed me to lower it to 50% and it was at an audible level for me. For the most part, I couldn’t hear low sounds very well, but highs sounded great. I watched three very different movies. The first was Steel Magnolias. This movie is 90% speech and 10% music and sound effects. It’s very heavy with person-to-person dialogue and it was this area where I felt that the Edge Pulse really excelled. I could hear each distinct voice perfectly and the tones were not lost at all. I felt that I might be losing a little depth, but because most of the soundtrack was made up of dialogue, I really didn’t perceive the difference between treble and bass as a problem until I moved to the next movie The Guardians of the Galaxy Volume 2. 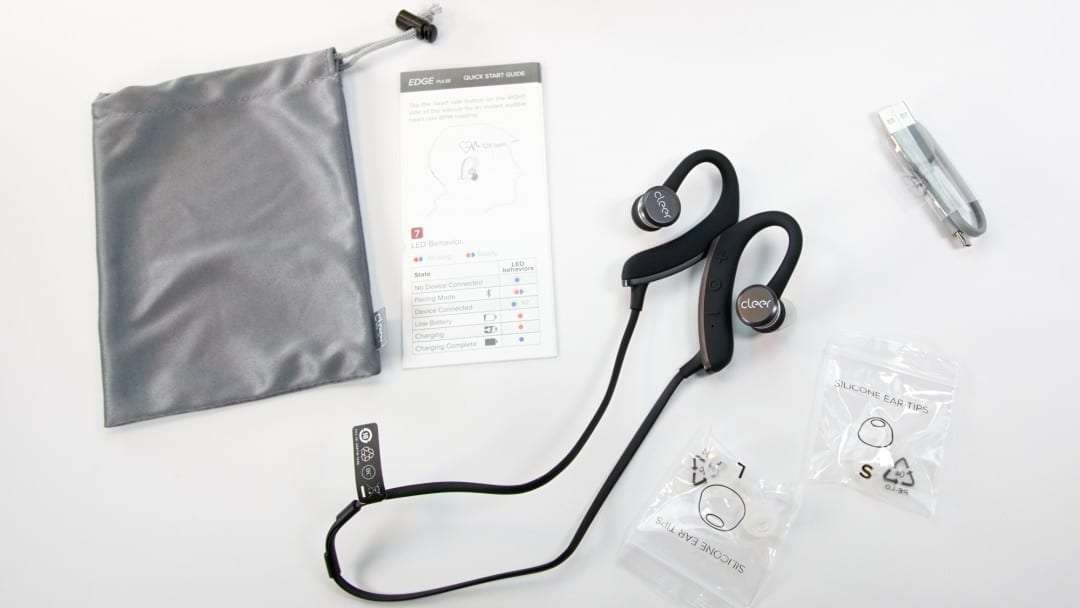 I’ve used this film several times to test out audio. It has a very rich mix of dialogue, music, and sound effects all within the first 5 minutes of the movie. Again, I could hear the spoken words clearly, but bass fell off. If I pushed the earbuds into my ear canal I could hear it a bit better, but that uncomfortable vacuum effect would happen and I couldn’t continue holding the earbuds in place like that. As far as the mix of GOTG2 goes, I found that I could hear it all and even the surround sound felt right, but it was just missing something. Finally, I moved on to Dark Knight, which has a very vibrant opening as well. The soundtrack has quite a bit of dialogue mixed with sound effects and an ethereal music track. In this particular case, I thought that the bass was better than with GOTG2 but the highs were definitely more predominant.

In all these test cases, I never perceived that there were any sync issues between the visual and the audio output in the headphones. After I completed my movie/audio test, I moved on to a pure music test using Spotify. I ended up having the same types of issues (no matter what I was listening to) — the highs sounded fine, but the lows were lacking. This is a common problem for me since earbuds don’t fit me correctly.

Noise Cancelling: With in-ear headphones, you can expect to have some noise reduction since the ear canals are blocked from the outside world. With the Edge Pulse earphones, I had some ambient noise bleed. When I turned up the volume, I couldn’t hear someone in the same room speaking to me, but I could hear sound from an opposing computer. These aren’t designed to be ‘noise cancelling’ but they should eliminate some ambient noise.

Other Tests: In addition to observing the sound quality and comfort level of headphones, I will typically run a couple of different apps to measure audio frequency and tone level from each earpiece. Using L or R Check for iOS, I found that sound was coming out of each ear equally. When it came to testing the audio frequency abilities, I used two separate apps — Tone Generator and Signal Generator. Both apps push out a pitch at certain frequencies as sort of a hearing test. The Edge Pulse earphones had a suitable high end frequency rating (above 17000) but the low end rating was a bit high. With my AirPods, I can hear 30Hz at 100% volume. With the Edge Pulse, I could hear 80Hz with one app and 140Hz with the other. I expected this as a result given how little depth the audio I listened to had. 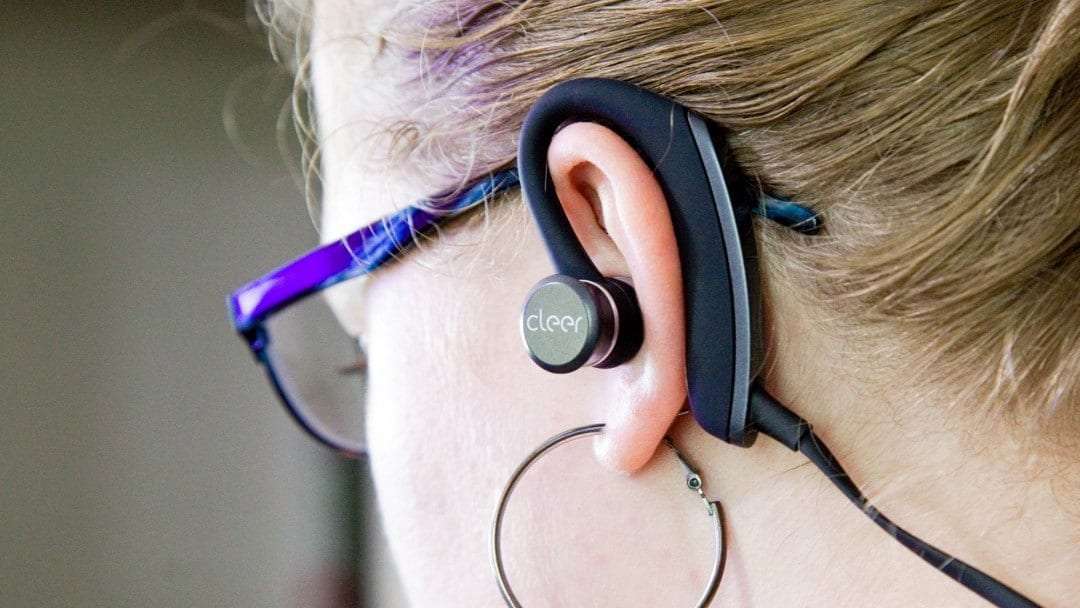 The last test I did was to record a voice message using the Skype app (echo test). I did this to test the quality of the microphone. The mic is located on the right ear piece and when the headphones are on, it is tucked behind your ear. When I recorded myself using the Edge Pulse earphones, I sounded very far away. When I did the same test with my AirPods, it sounded like a regular telephone call. I actually had a phone call come in while I was in the middle of testing these headphones and when I went to answer it, the Edge Pulse’s did not show up as an audio source. I had to quickly remove the headphones and pick up the phone rather than talk through the mic.

The Edge Pulse Earphones are a suitable workout companion, but not my ideal headphones for simply enjoying music and movies. The do stay in place once you put them on and they are very durable for workouts. I think the controls are a little difficult to use based on where they are located (on the right ear) and how similar they feel. At $130, I’m a little disappointed at what these headphones don’t offer. I would love to see a better microphone included and controls on the cable instead of on the earpiece. I can recommend these to someone who enjoys earbuds and is looking for something specifically for working out.